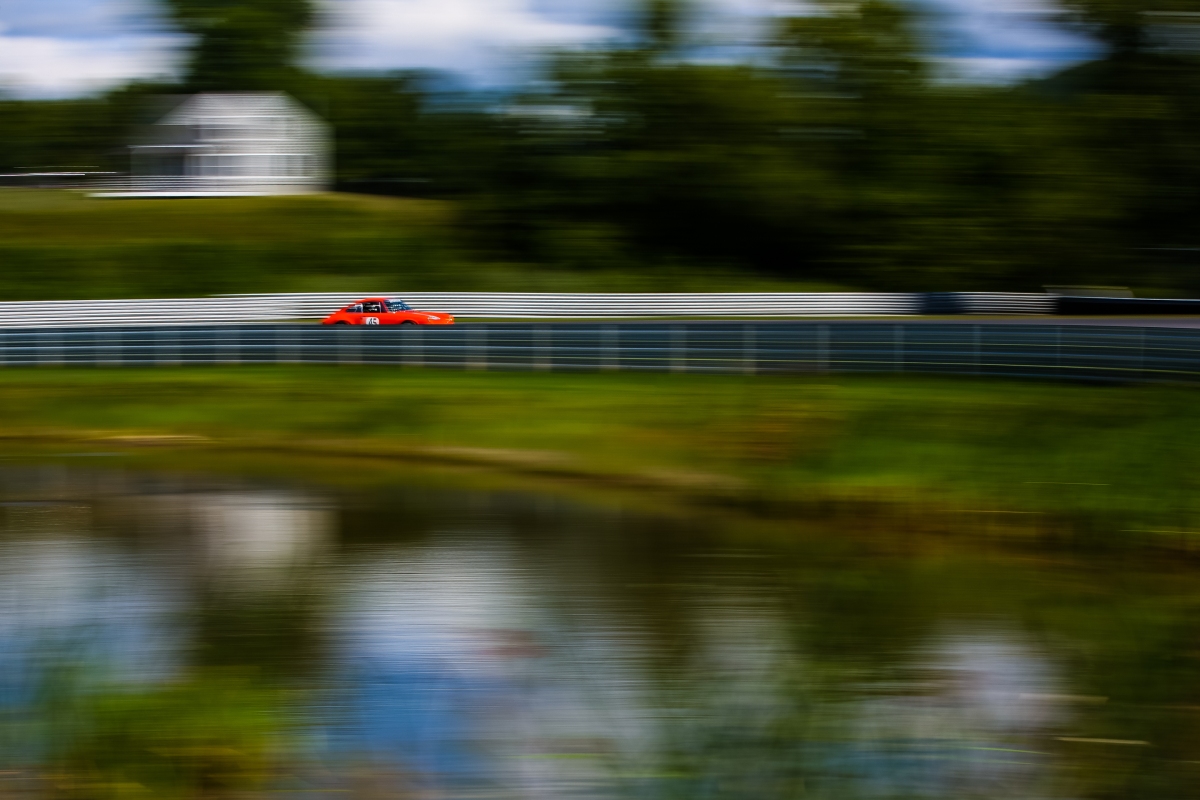 The 34th annual running of the Historic Festival was held at Lime Rock Park over the Labor Day weekend. This event combines multiple days of vintage car racing with a Concours d’Elegance on the Sunday. The next couple of blogs will be about practice/qualifying and race days. Hope you like the photos.

Left Boston around 6 am and arrived at Lime Rock Park around 9 am for the Friday practice/qualifying sessions. Since I was shooting from the spectator side of the fence, wanted to minimize the camera gear that I would take around the track. Hence, used a Canon 5D Mark III attached to a 300mm f/2.8L IS II + 1.4x extender III on a monopod, with another 5D Mark III attached to a 70-200mm f/2.8L IS II. Also took a Canon 50mm f/1.2L lens for paddock shots. All of this gear fit into a ThinkTank Photo Glass Limo backpack. In retrospect, could have left the 300mm lens in the car, since most of the track shots were taken using the 70-200mm lens, due to the low fencing and since spectators are very close to the track. 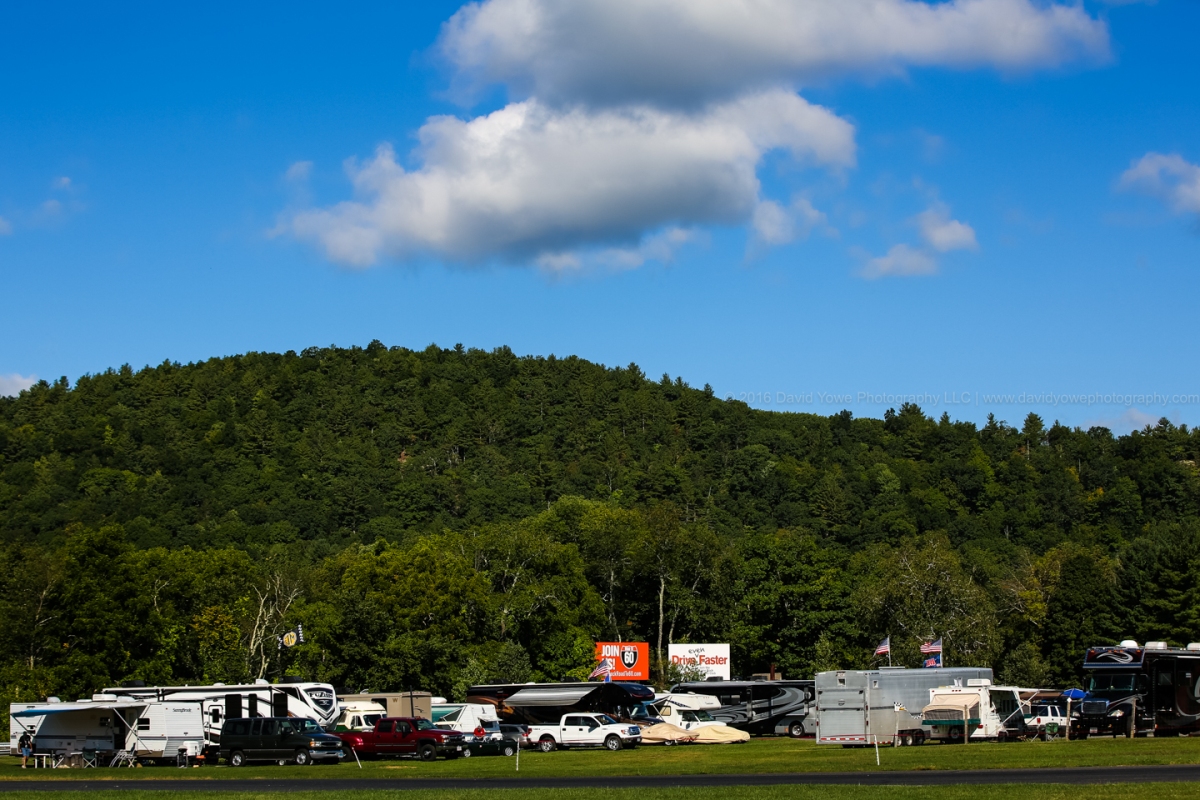 Many race fans camp at the track with the beautiful Berkshire hills in the background. 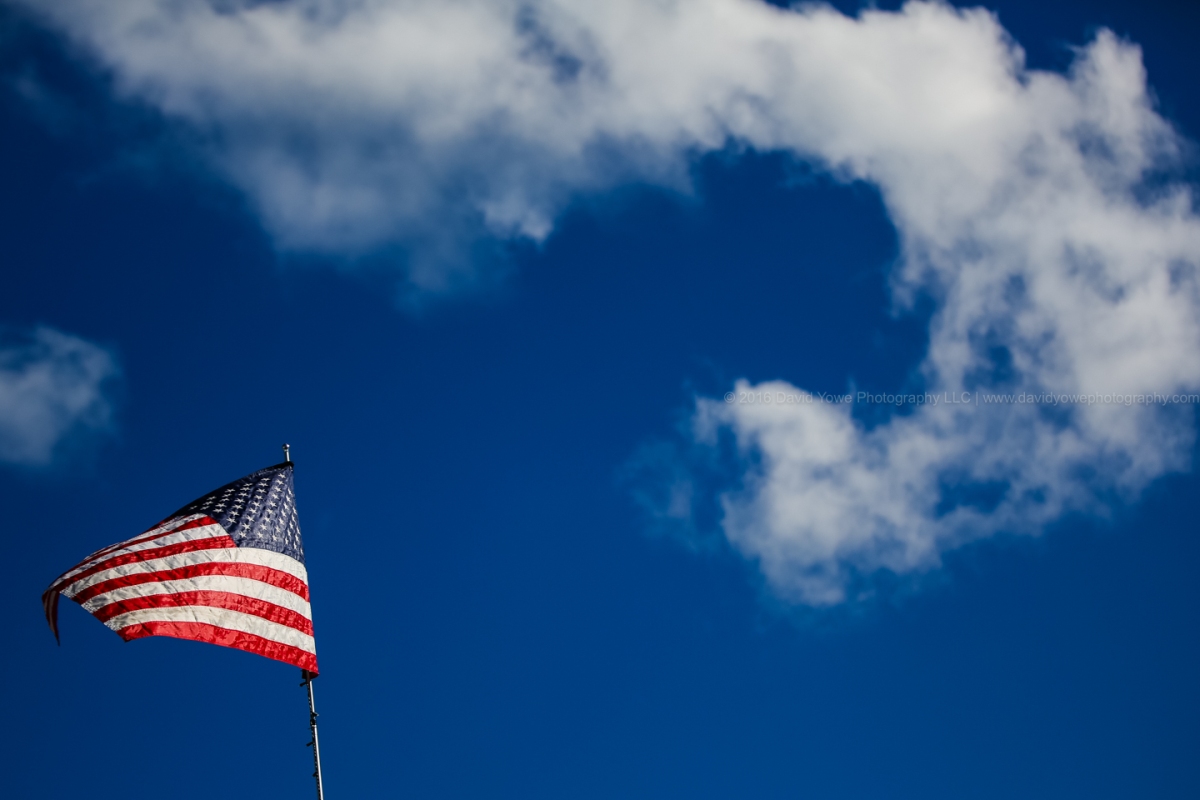 Sunny blue and partially cloudy skies greeted us for the morning practice/qualifying sessions.

For the start of the practice/qualifying sessions at 10.00 am, headed over to the inside of The Uphill (Turn 5) since the morning light would illuminate the right-side of the cars. Nine groups of vintage cars were at the track with each group having their own practice/qualifying session, that lasted about 15 minutes each. My goal was to walk to a different part of the track for each of the race car groups, so I could get variety in my shots. The Group 1 cars were first onto the track and consisted of “small-bore road-going sports and GT cars”.

For the Group 2 cars, walked along the Back Straight for panning shots. This group of cars consisted of “all manner of Formula Fords”, as exemplified by a 1968 Lotus 51C. The lighting conditions changed frequently from bright to dark, due to the moving clouds in the sky above.

The Back Straight is a great spot to catch cars passing each other as shown by a 1933 Maserati 4CM taking the inside line from another Group 3 car (venerable sporting cars). 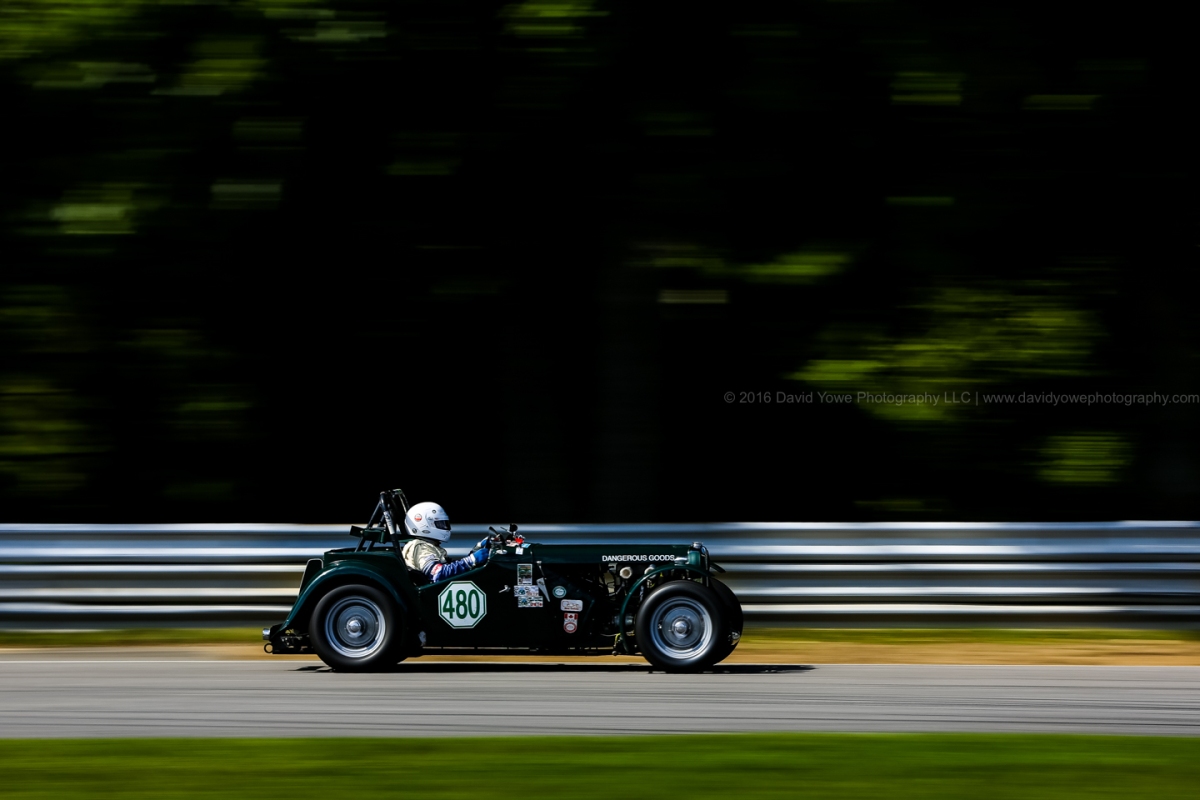 At times, pockets of light would appear on the track as the clouds moved across the sky, leading to the car being illuminated and the background being darkened. 1948 MG TC.

Headed back to the top of The Uphill for shots of the cars as they sped up and through this part of the circuit. The Group 4 historic Trans-Am cars (aka the real and original Trans-Am cars) were one of my favorite groups. Really liked the pure power and sound of these cars. Here’s a 1967 Mercury Cougar.

On my way down to West Bend (Turn 6), saw some “cats” racing in the paddock. 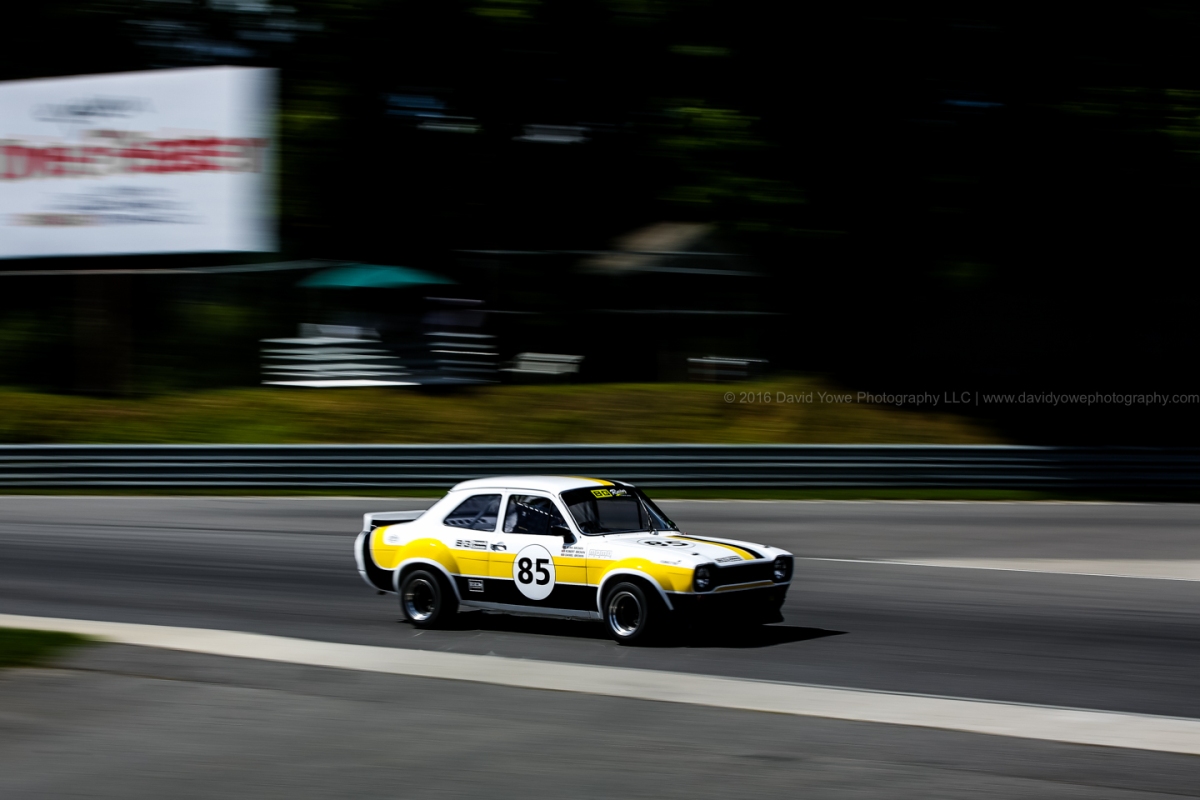 Seeing the “wildly assorted sporting sedans” of Group 5 heading around Turn 6, brought me back to my younger years. Really liked the white, yellow, and black livery on this 1975 Ford Escort MK1 RS.

Towards the end of the Group 5 session, headed towards the top of The Down Hill (Turn 7), then down the hill which leads into the front straight.

Here’s a wide shot of the bottom of The Down Hill with some of the “mid-century sports & racing cars” of Group 6 in the foreground.

Was really cool seeing a 1959 Devin Healey 283 passing another Group 6 car at The Down Hill. 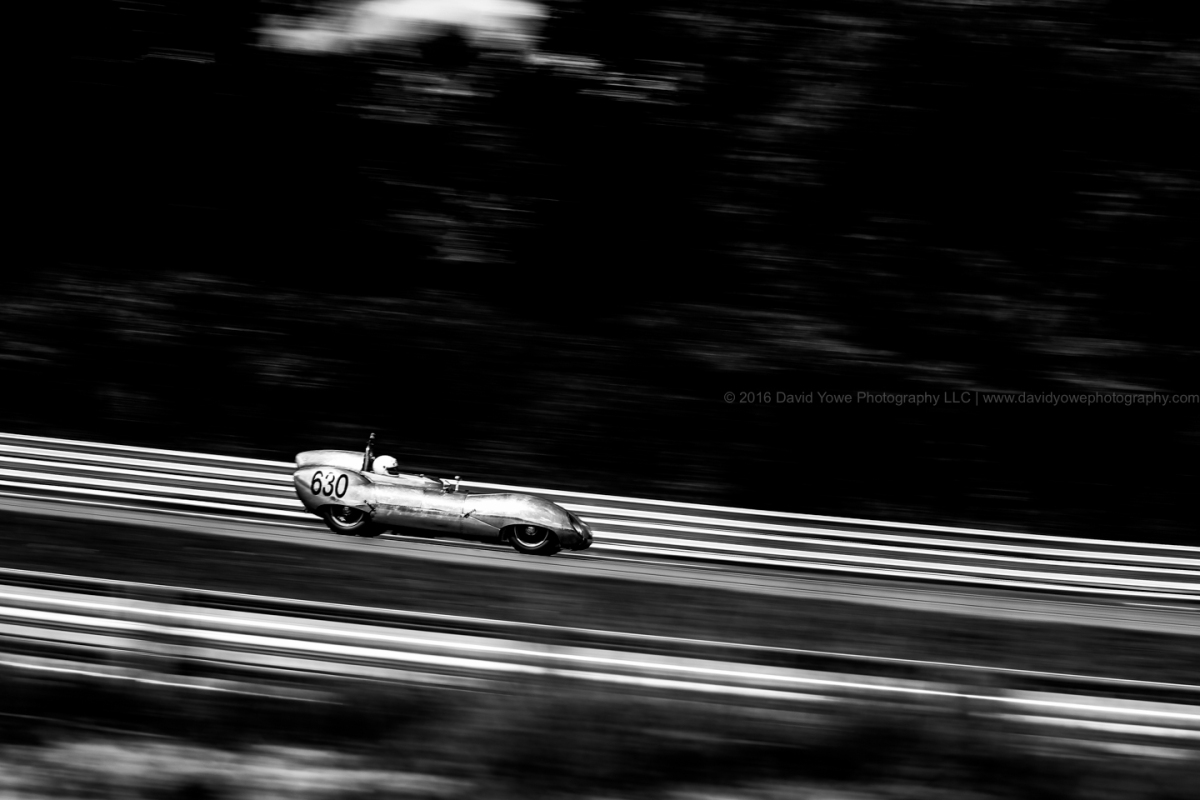 Shortly after 12.00 noon their was a one hour break, so headed to the lower paddock to get some lunch. On my way walked through the B Paddock where their were cars on display and automotive memorabilia were on sale. 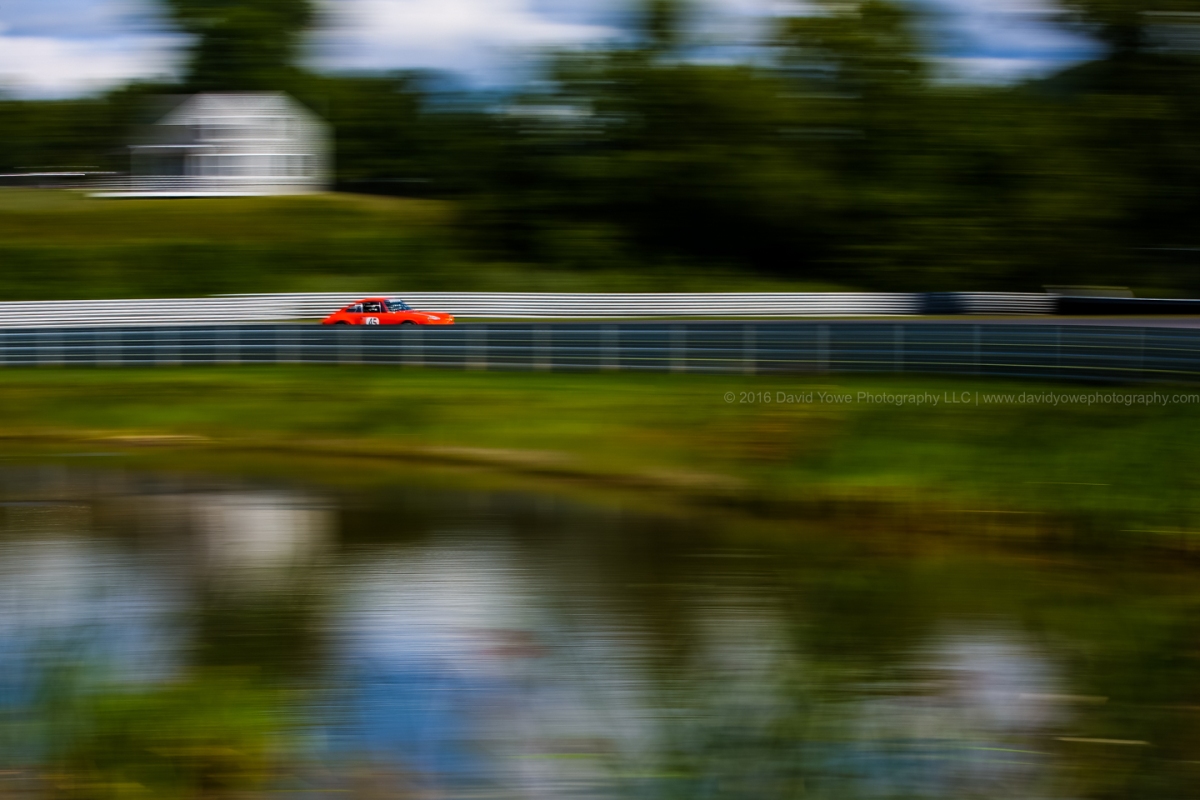 Track action started just after 1.00 pm with practice and qualifying for the Group 7 “very quick road cars”. For this session headed down to the inside of Big Bend. A 1969 Porsche 911. 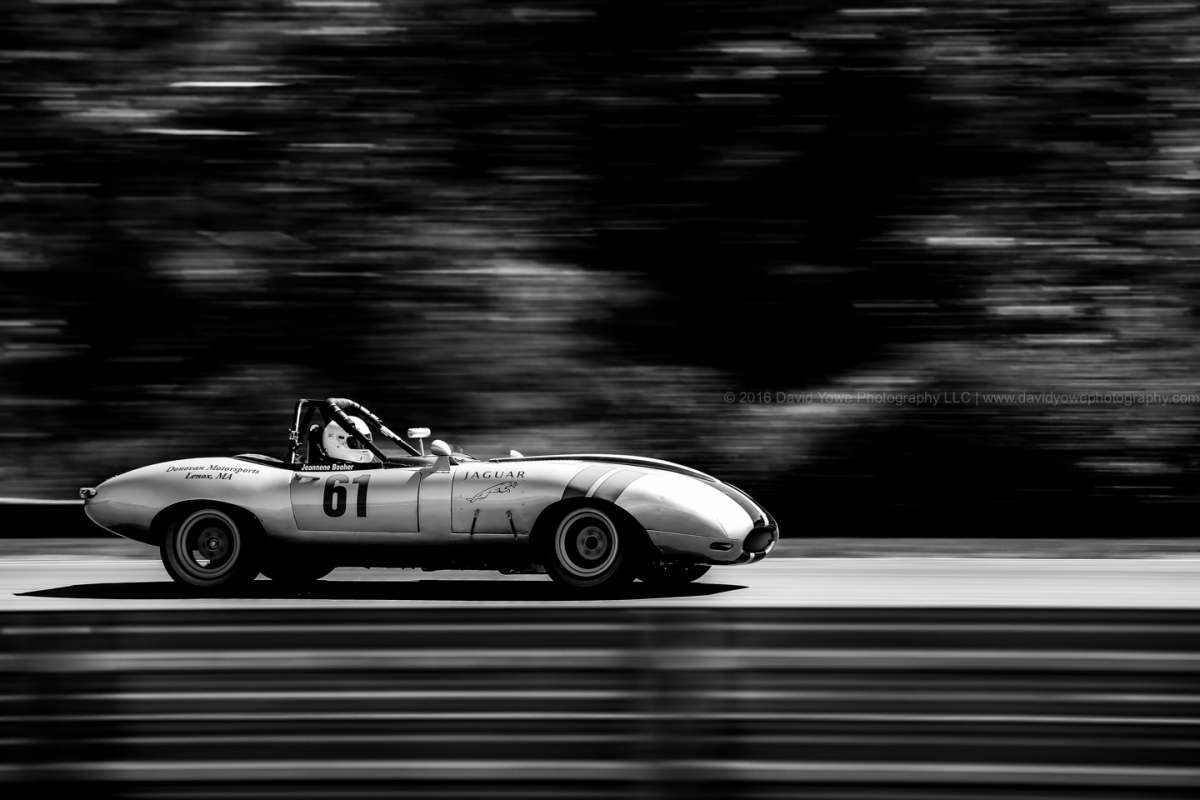 My favorite car was the 1991 Lola S2000 from Group 8 (“post-1970 sports and racing cars”). Really like the wedge-shaped design and the black paint work reminds me of the “Batmobile”. Here’s a series of shots as the car speeds through different parts of Big Bend. Also liked how the sun at this time of day was front lighting the cars and the trees in the background. 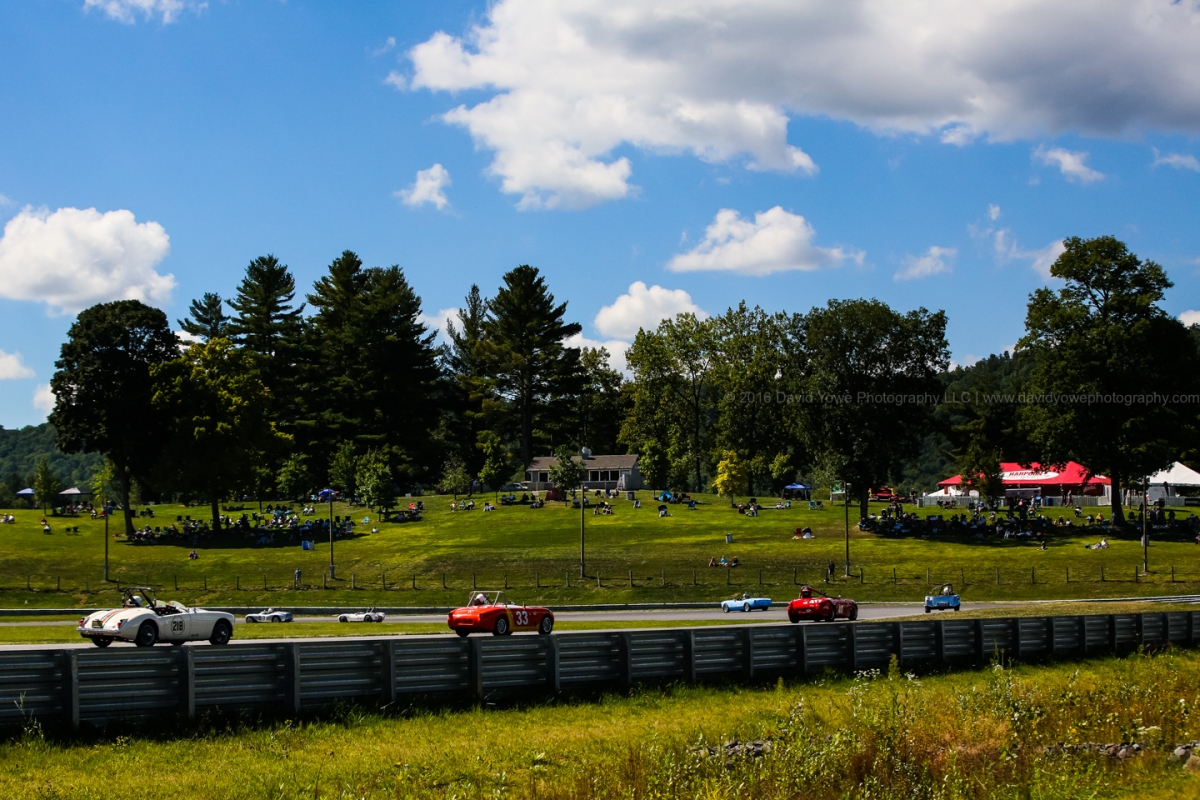 For the “not necessarily street legal small-bore Sports and GT cars” from Group 9, walked past the safety marshall’s station at the exit of Big Bend and near the start of the straight into the Esses. 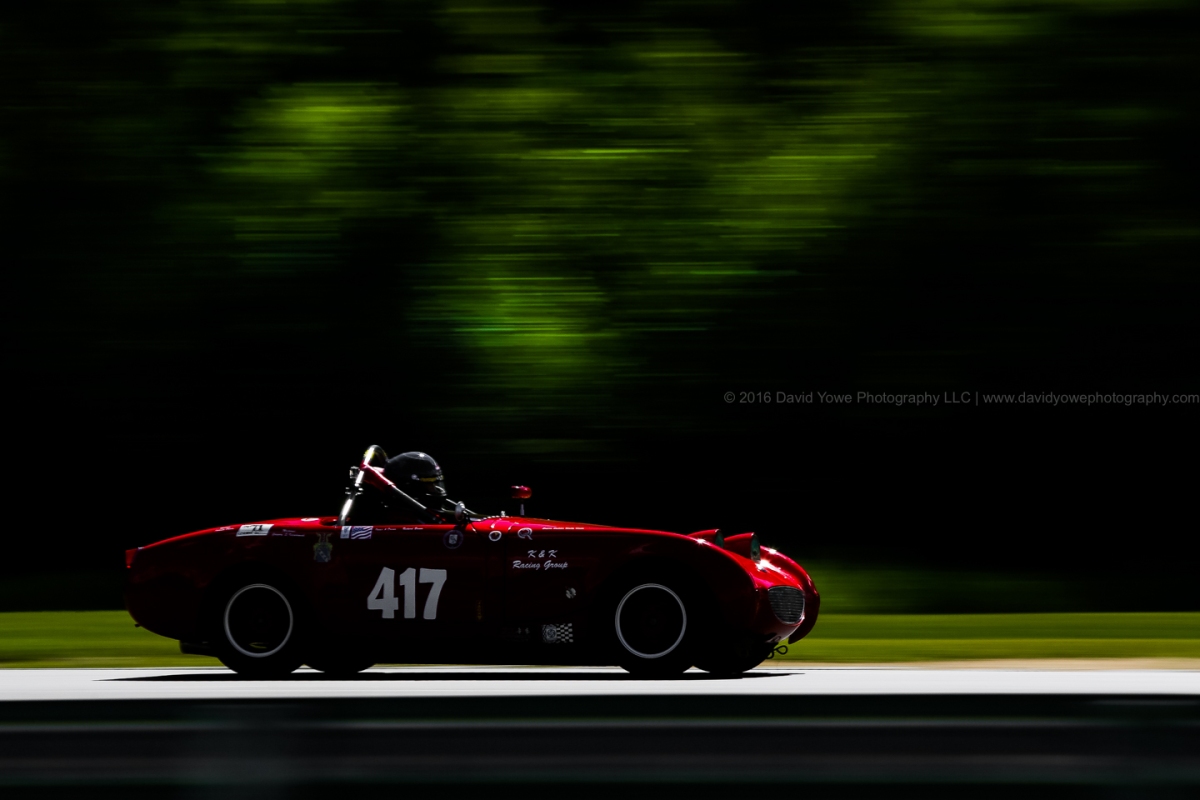 Picked this location since noticed how the high mid-afternoon sun was top and front lighting the cars, creating a silhouette-like effect, with the darkened shadows in the trees in the background helping to add to this effect.  Sometimes pockets of light could be seen in the tree’s in the background, as shown in the upper photo of a 1960 Austin-Healey Sprite Mk1 or their would be no pockets of light as shown in the lower photo.

The second practice session started for the Group 1 cars around 2.15 pm. With the sun still relatively high in the sky, decided to stay in this location for some more panning shots. Its also a good location to catch the cars leaving the track and creating clouds of dust. A 1960 Porsche 356 Coupe speeding though a cloud of dust created by a car ahead of it. 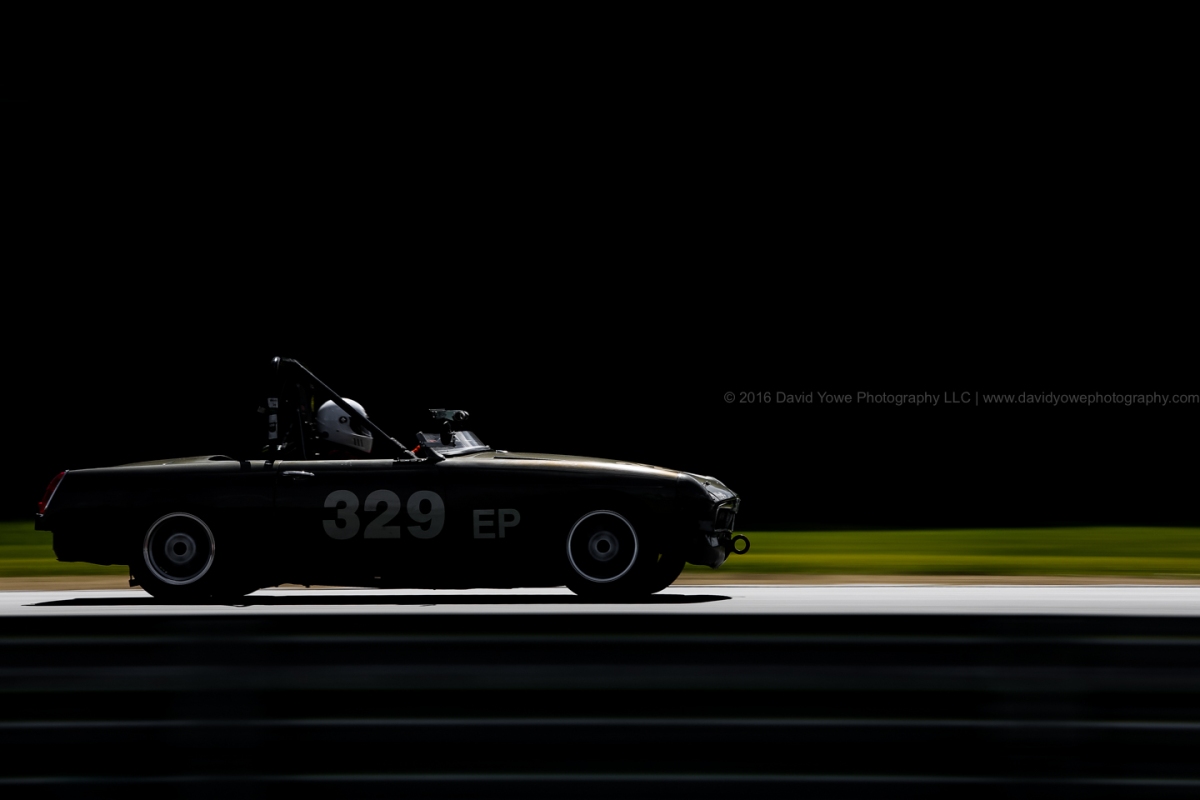 I guess, I was a bit addicted to getting some more panning silhouette shots of the cars. Here’s one more shot. This time its a 1966 MGB Roadster.

Kept walking along the inside of the straight which leads into the Esses, for some front shots of the Group 2 Formula Ford (upper) and Group 3 sport (lower) cars. 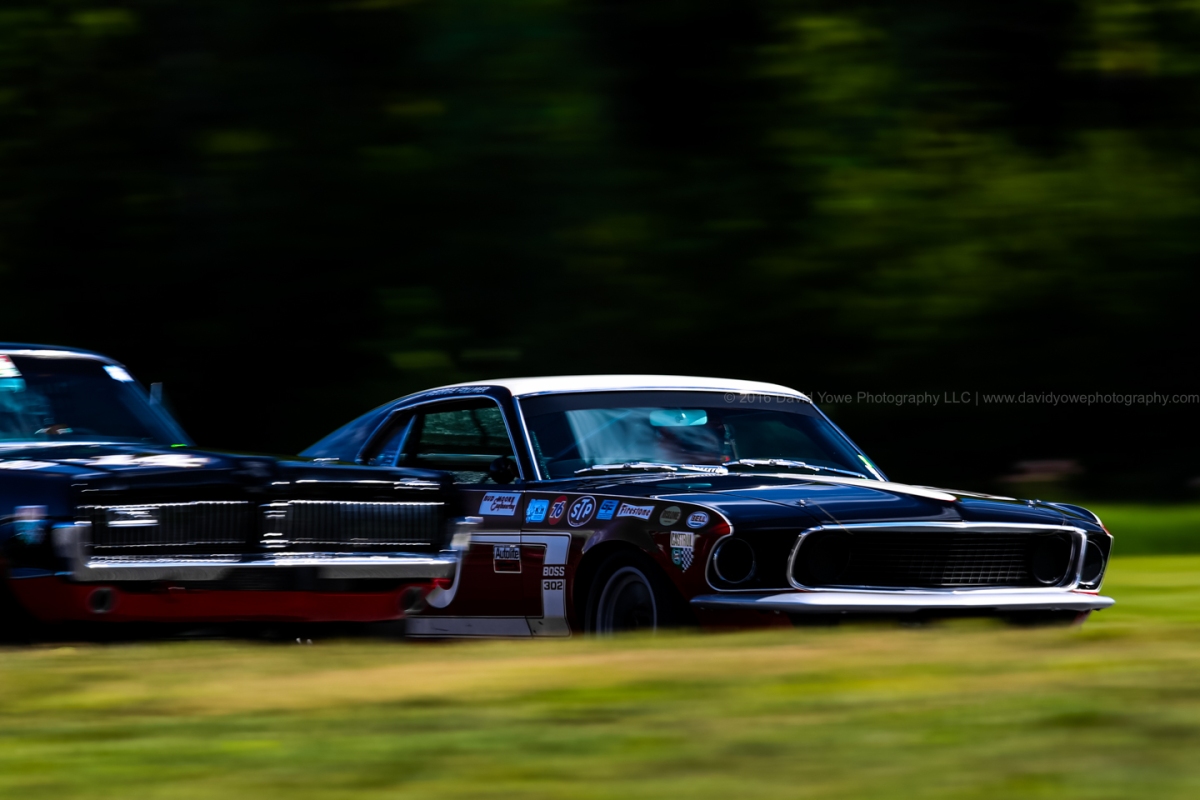 The awesome sounding historic Trans-Ams from Group 4 were up next. 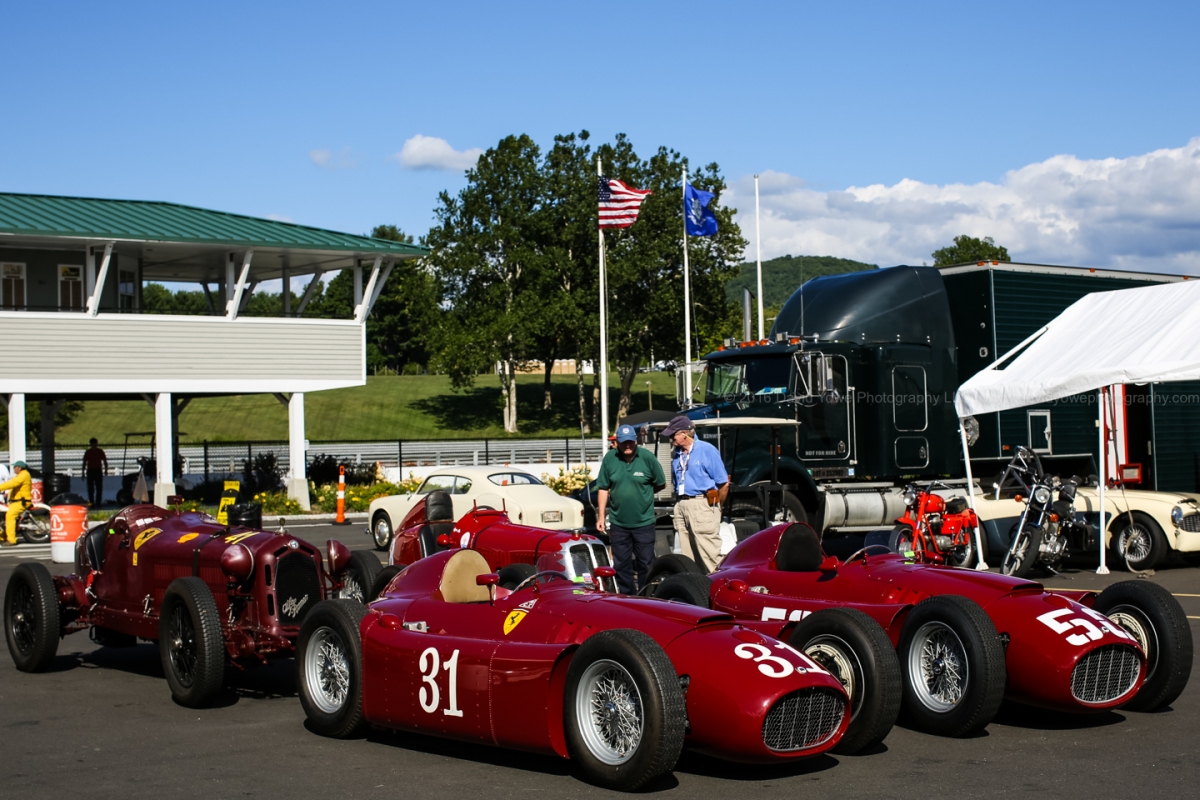 Around 3.30 pm decided to head to the paddock for some off-track shots. Was really cool to see these vintage Italian cars together.

Really liked how the colorful red livery was used on the different cars.

A few more shots from the paddock. Thanks Lime Rock Park for a great day. Looking forward to the vintage races on Saturday.