Friday was my second day at Sebring International Raceway. For the morning sessions, headed over to the outside of the front straight near the entry to Turn 1. For the rest of the day explored the inside of Turns 16 through 14, then cut over to the outside of Turns 2 to 4 in the afternoon. Was a good day to explore the circuit with all the track action ranging from Porsche GT3 Cup and Continental Tire Challenge races to the WeatherTech Championship practice and qualifying sessions. Hope you like the photos.

The morning Porsche GT3 Cup race started at 9.10 am and for this session found a location between some RV’s which were positioned along the front straight fence near the entry to Turn 1. Since I was shooting from the spectator side of the fence really needed the 500mm on a full-frame camera to shoot over the island wall to get frame-filling panning shots of the cars as they sped down the front straight.

From this location you can also get shots of the cars as they speed around Turn 1.

#27 Dream Racing Lamborghini Huracán GT3: Paolo Ruberti, Fabio Babini, Cedric Sbirrazzuoli, Luca Persiani – The WeatherTech Championship cars rolled out at 10.15 am for there morning practice session. I think the epitome of speed down the front straight were the wedge-shaped Lamborghini’s.

#25 BMW Team RLL BMW M6 GTLM: Bill Auberlen, Bruno Spengler, Dirk Werner – In black and white the rubber from the tires laid down on the track clearly shows the line that the cars take around Turn 1.

#64 Team TGM Porsche Cayman GT4: Ted Giovanis, David Murry – After lunch headed over to Turn 16 for the Continental Tire Challenge race. This was the first time I’d been to this part of the circuit and really liked the featureless horizon, which is emphasized in black and white.

#17 RS1 Porsche Cayman: Nick Galante, Spencer Pumpelly – As you walk to Turn 14 (drivers right) there is a small grandstand which gives you an elevated view of the track with the airport in the background. This is a good location to watch cars passing each other. 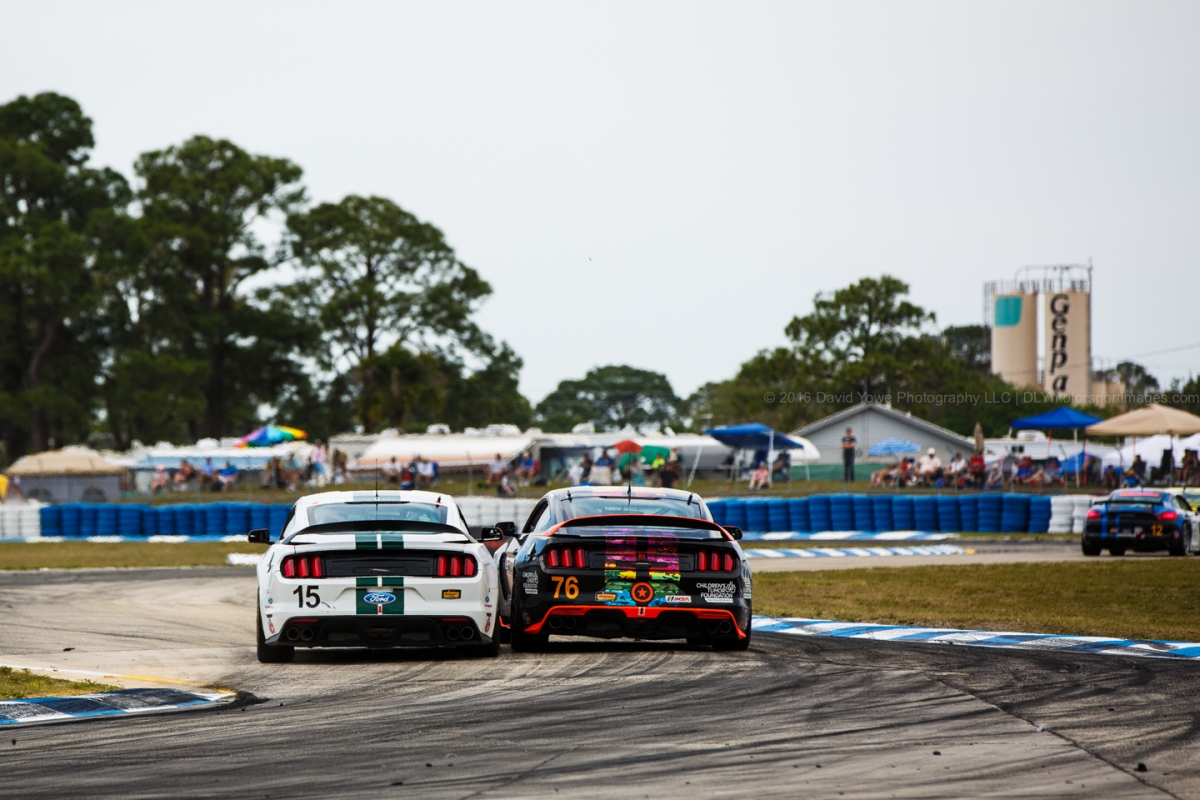 #76 Compass360 Racing Ford Shelby GT350R-C: Paul Holton, Pierre Kleinubing – Crossing over to around Turn 3, you can get rear close action shots of the cars speeding through this complex into Turn 4. In some cases it looked like the cars where close enough to exchange paintwork.

#15 Multimatic Motorsports Ford Shelby GT350R-C: Scott Maxwell, Billy Johnson – Towards the end of the race, made it to the outside of Turn 5, which is a great location to get head-on shots of the cars. I think the Ford Shelby with its angular front was my favorite looking car from the Continental Tire Challenge race.

One of the things great about Sebring are the different structures the fans construct at there campsites which make it easier to watch the race and also adds to the ambiance of the event.  I’ll have more shots of these fan-made structures in the Day 3 blog. 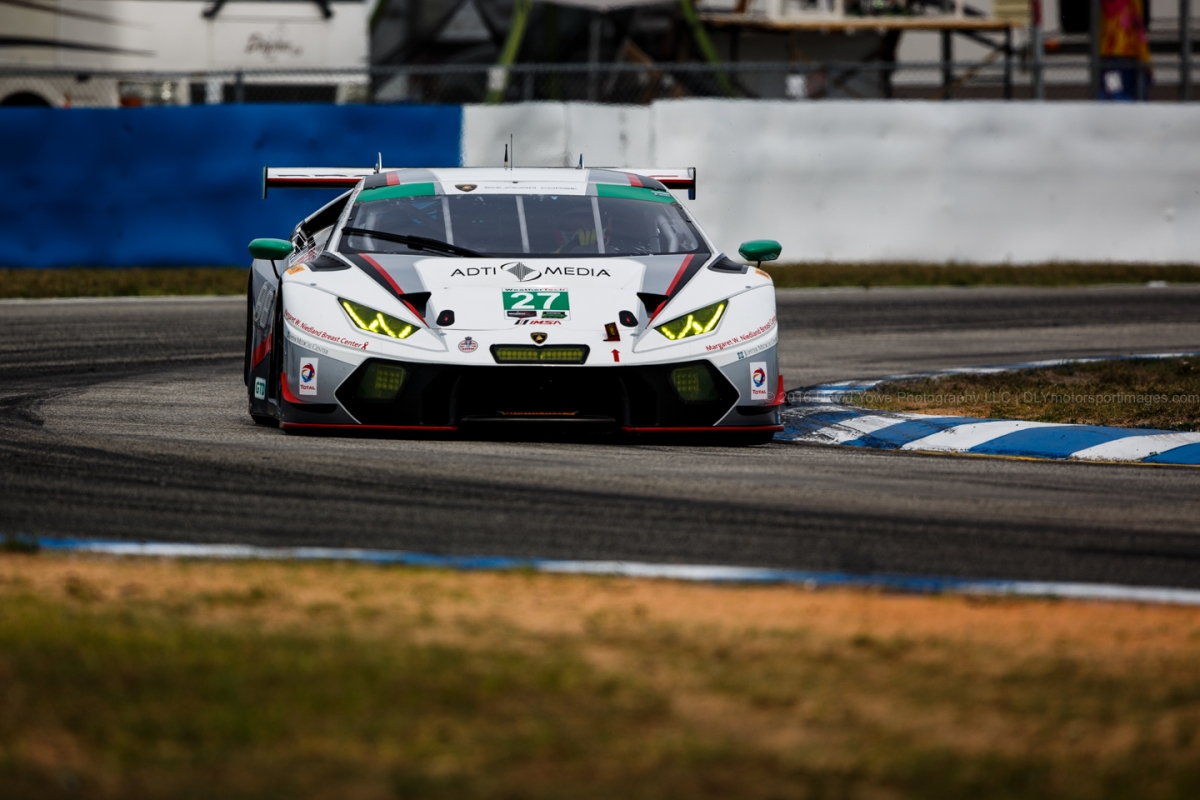 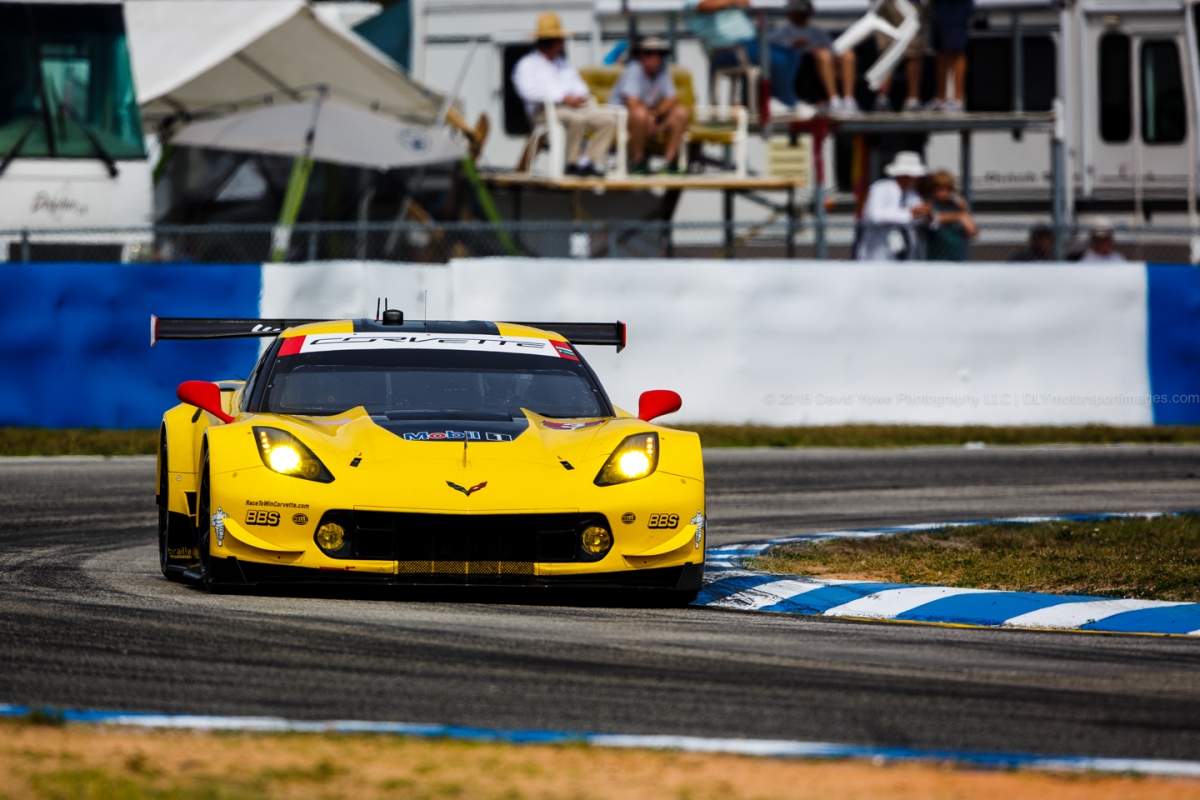 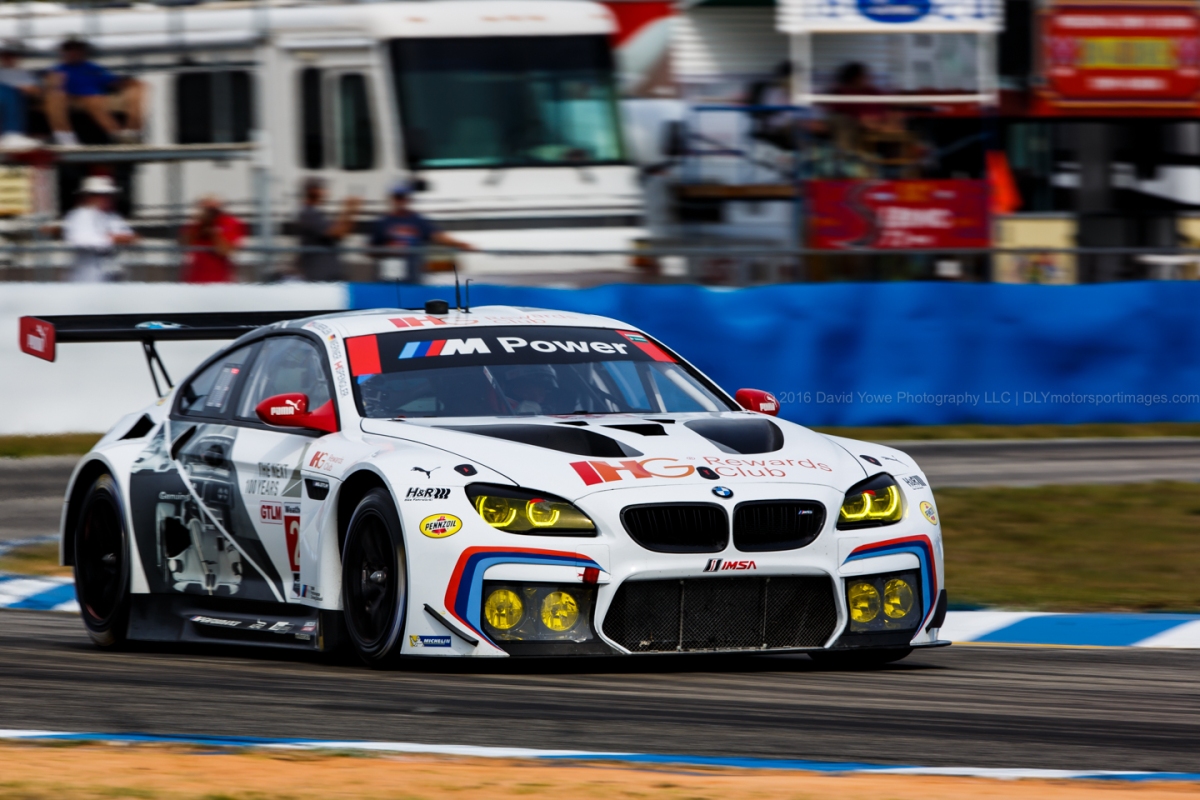 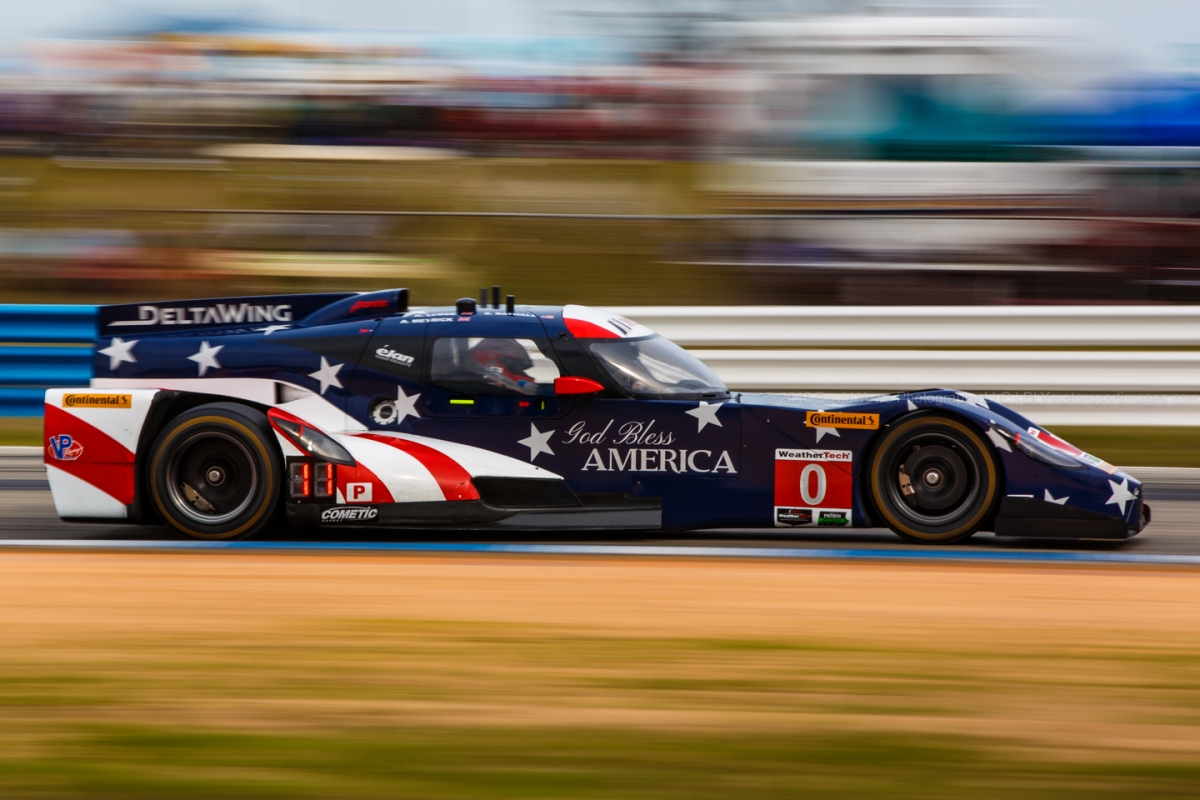 With qualifying finishing around 5.00 pm, it meant we could leave the track relatively early. So my friends and I went for dinner at Chicanes Restaurant (http://chicanesrestaurant.com) on Highway 98 at the Inn on the Lakes. Highly recommend Chicanes, especially if you are a motorsport photographer and race car fan since the walls of the hotel are lined with black and whites photos of every winner of the 12 Hours of Sebring since 1950.