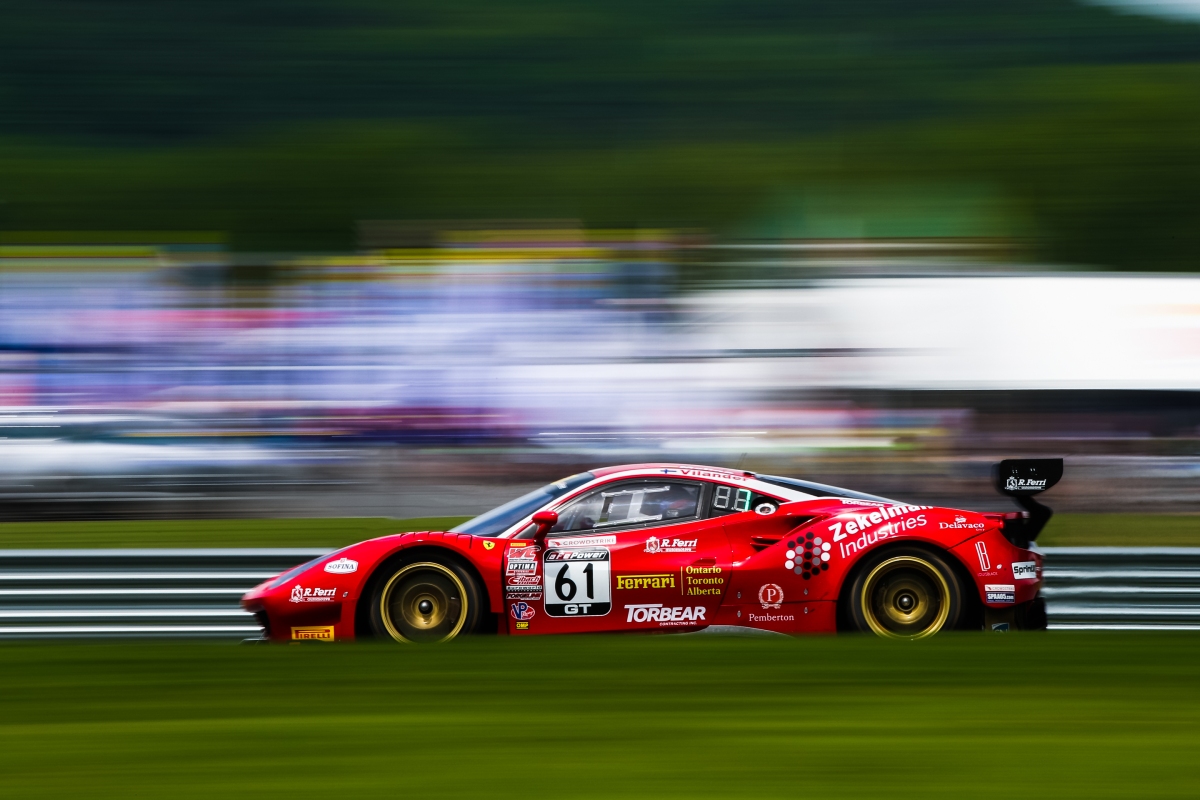 The Pirelli World Challenge (PWC) Grand Prix of Lime Rock Park was held over the Memorial Day weekend. This was an action-packed weekend with a total of six races from five different classes, as well as practice and qualifying sessions. Was a busy few days, but a lot of fun. Hope you like the photos.

For this photo shoot used two Canon 1DX Mark II camera bodies. Since my assignment was to focus on track action, one of the camera bodies was attached to a Canon 500mm f/4L IS II and a monopod for long and tight shots. The other camera body was attached to a Canon 70-200mm f/2.8L IS II for loose shots of the cars. Also had a Canon 35mm f/1.4L II lens for paddock shots. Below are some of my favorite shots from the race weekend. 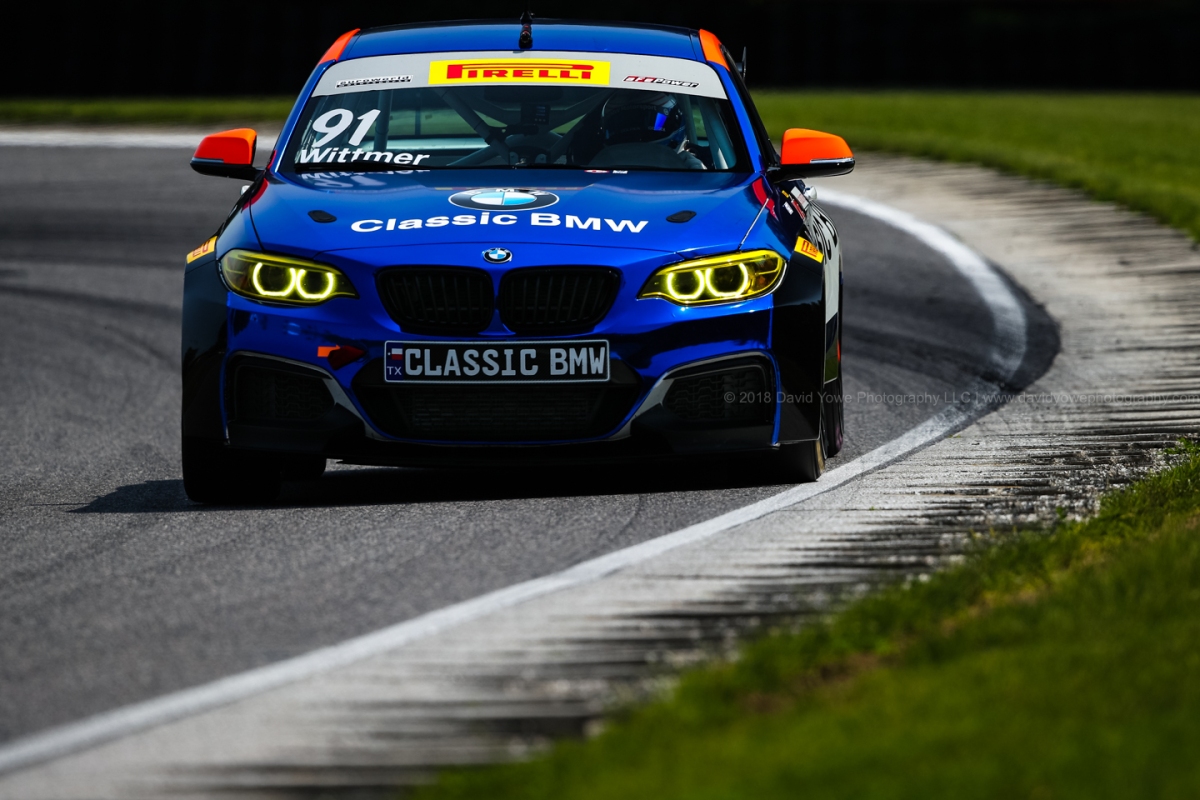 The first session started at 10.05 am with the TCR/TCA cars on the track for their first practice session. For this session, went to the outside of turn 4 (drivers left). This is a great location to get shots of the cars as they speed out of The Esses and up into The Right Hander.  Here’s Karl Wittmer in the Classic BMW #91 BMW M235iR Cup car. Really liked the contrast between the deep blue color of the car and the yellow headlights. 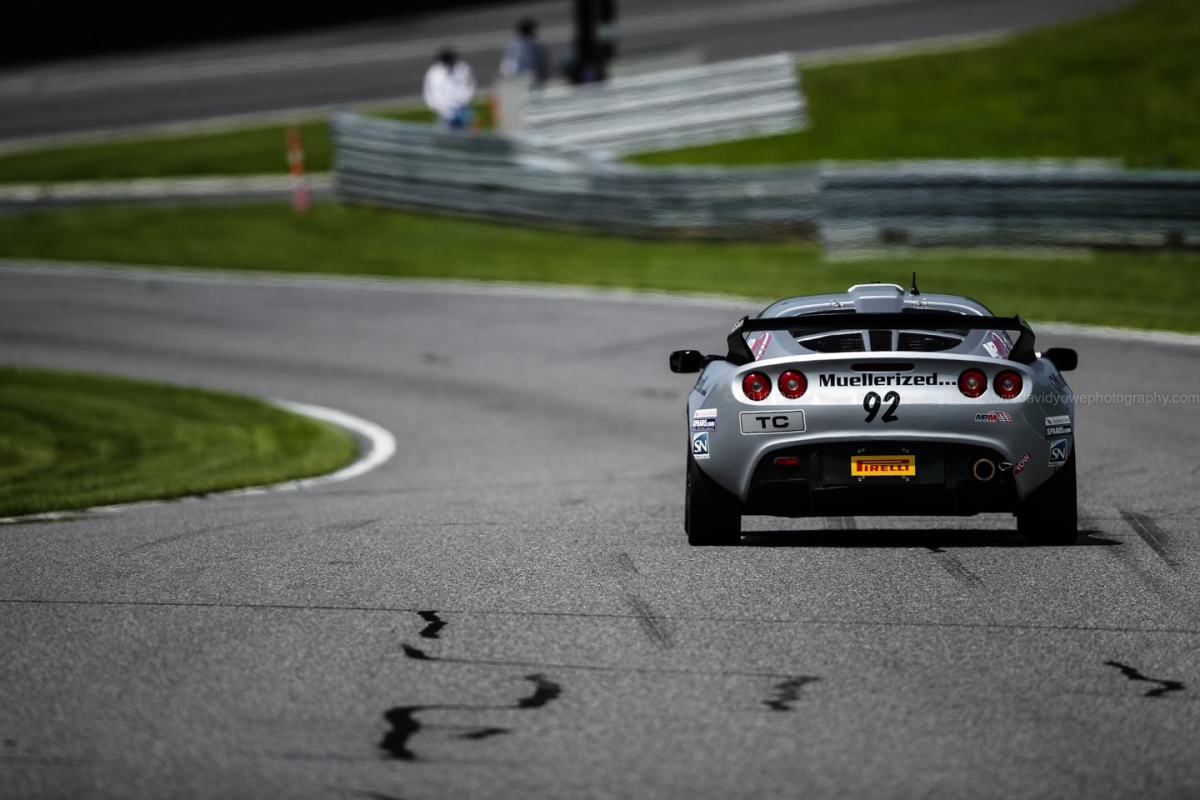 You can also get rear shots of the cars as they speed down The No Name Straight. Nicolai Elghanayan in the #92 MarcoPolo Motorsports Lotus Exige. 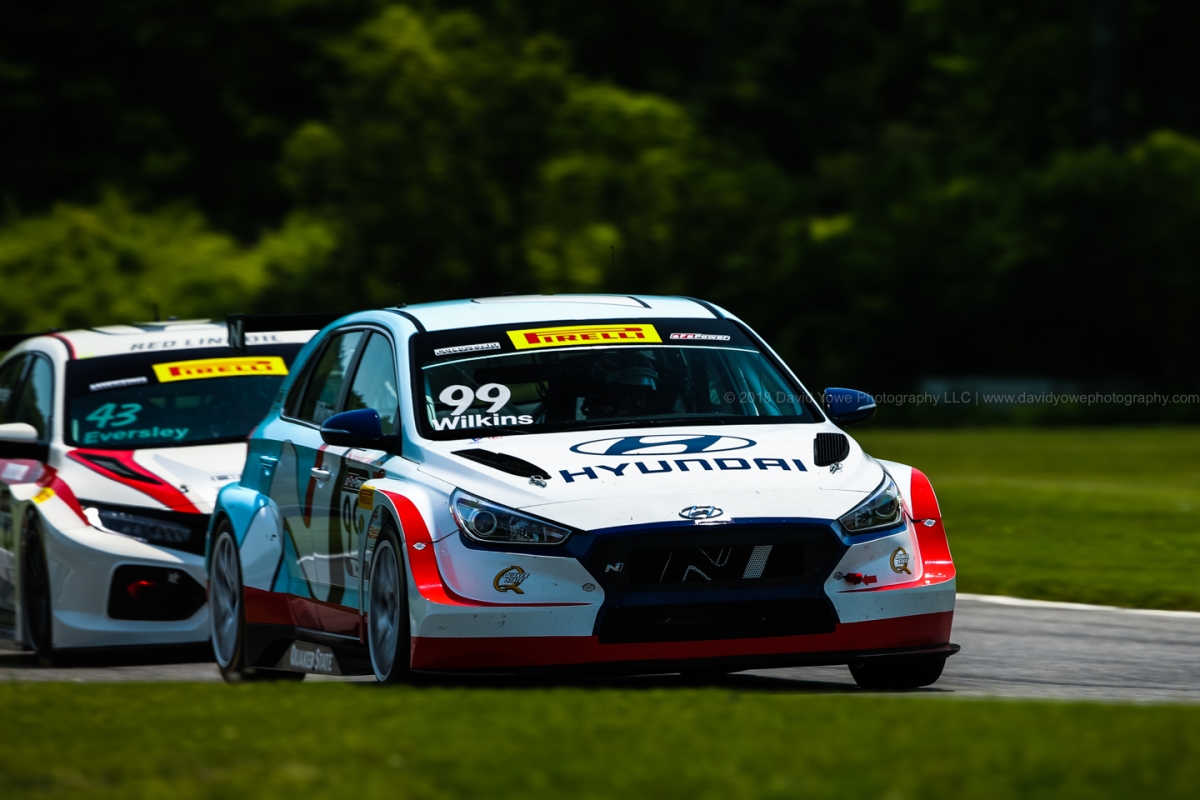 The second TCR/TCA practice session started at 11.55 am. The sun at this time of day is basically right on top of the cars. So decided to go to the inside of the The Left-hander at turn 3 (drivers right) so could get shots of the cars top lit by the sun, with shadows on the side of the cars, against back-lit tree’s (at least that was the plan). Mark Wilkins in the #99 Bryan Herta Autosport with Curb-Agajanian Hyundai I30 N TCR with Ryan Eversley in the #43 RealTime Racing Honda Civic Type-R TCR in hot pursuit. 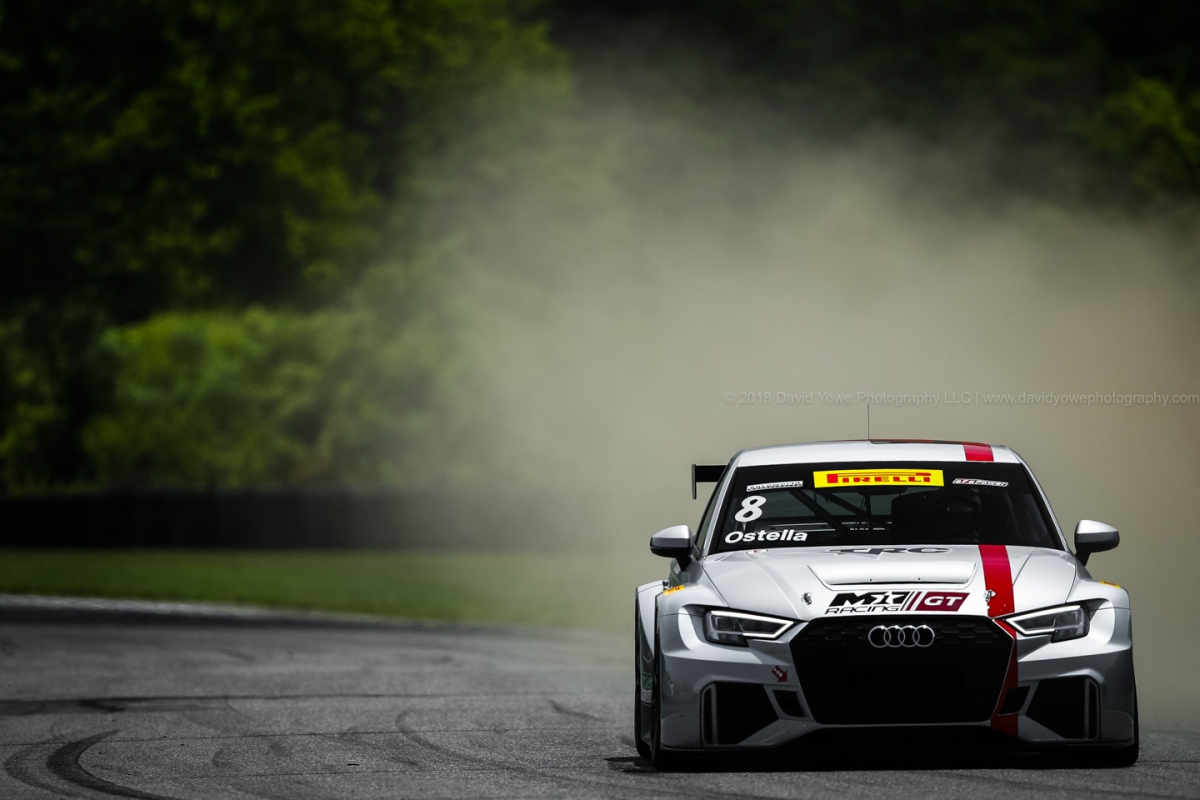 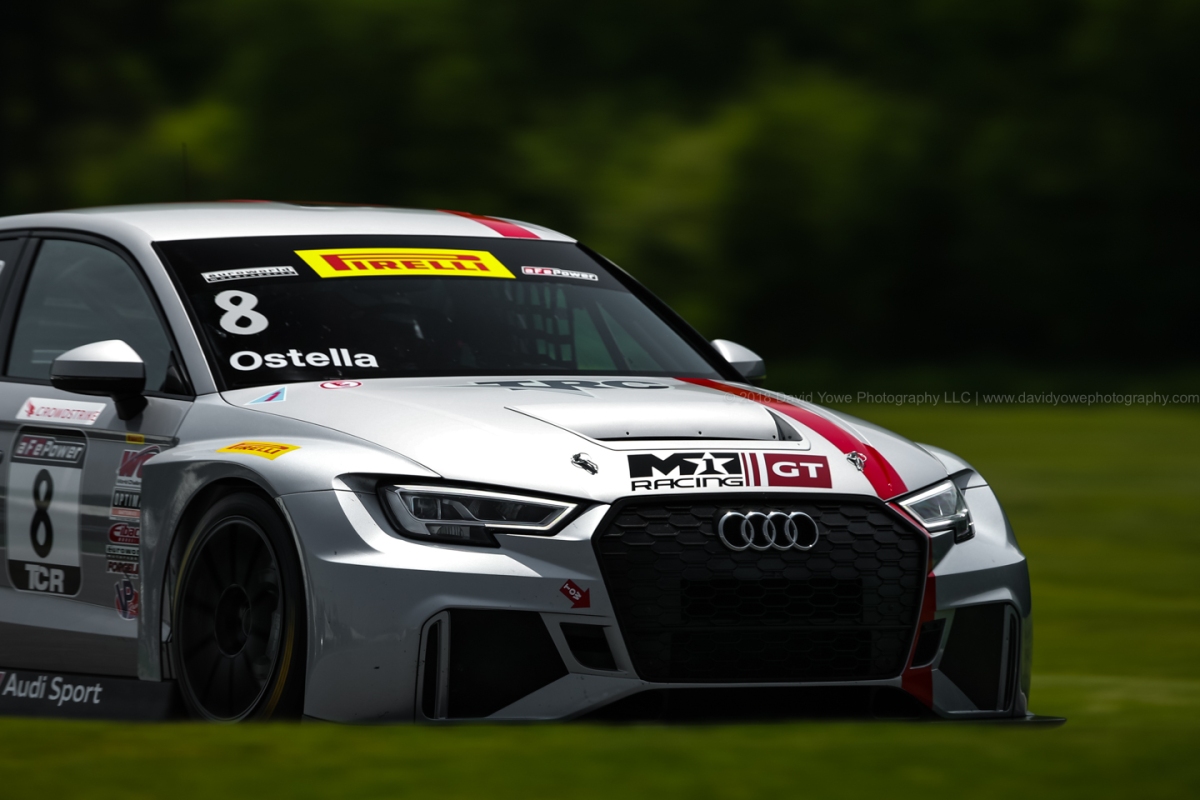 Was really cool watching some of the cars using “all the track” by taking slight excursions into the grass and dirt areas at the side of the track. David Ostella in the #8 M1 GT Racing Audi Sport RS3 LMS. The silver paintwork was very striking in the mid-day sun. 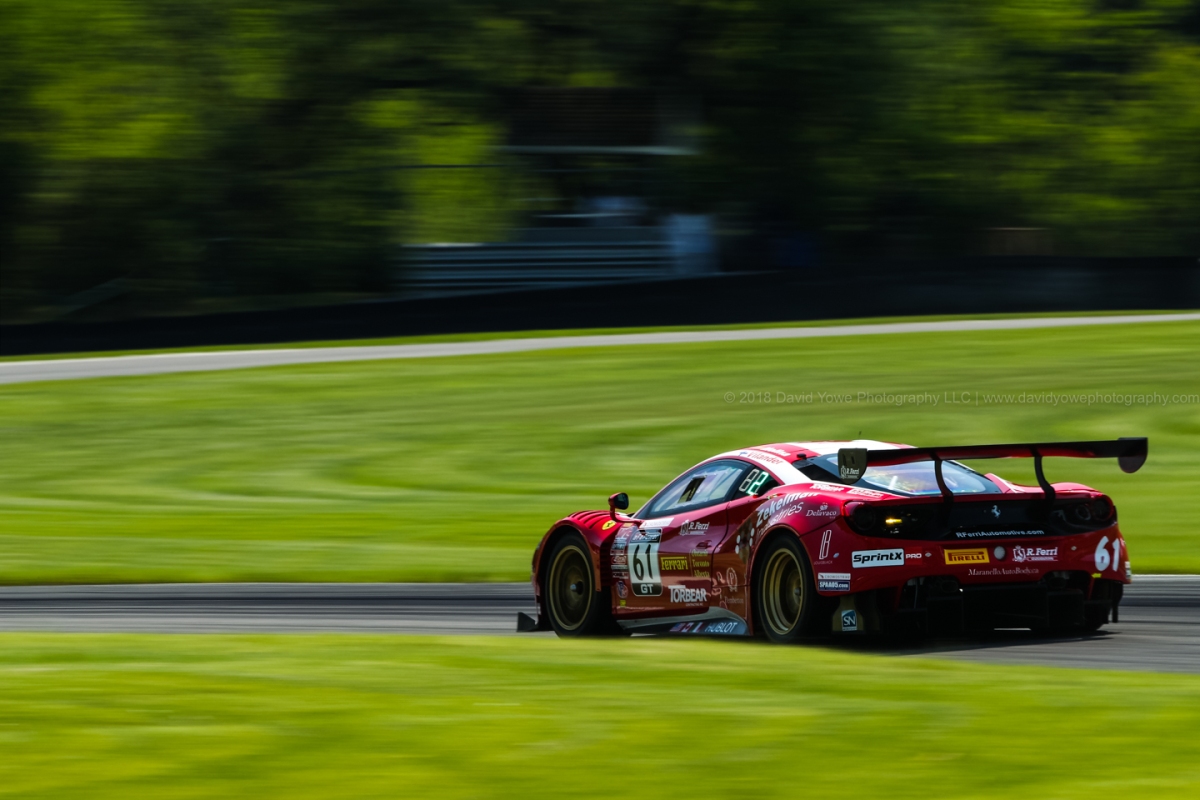 At 2.30 pm the GT Sprint X cars hit the track for their first practice session. Heading out of The Esses with Toni Vilander in the #61 R. Ferri Motorsport Ferrari 488 GT3. The red livery was striking against the illuminated green grass. 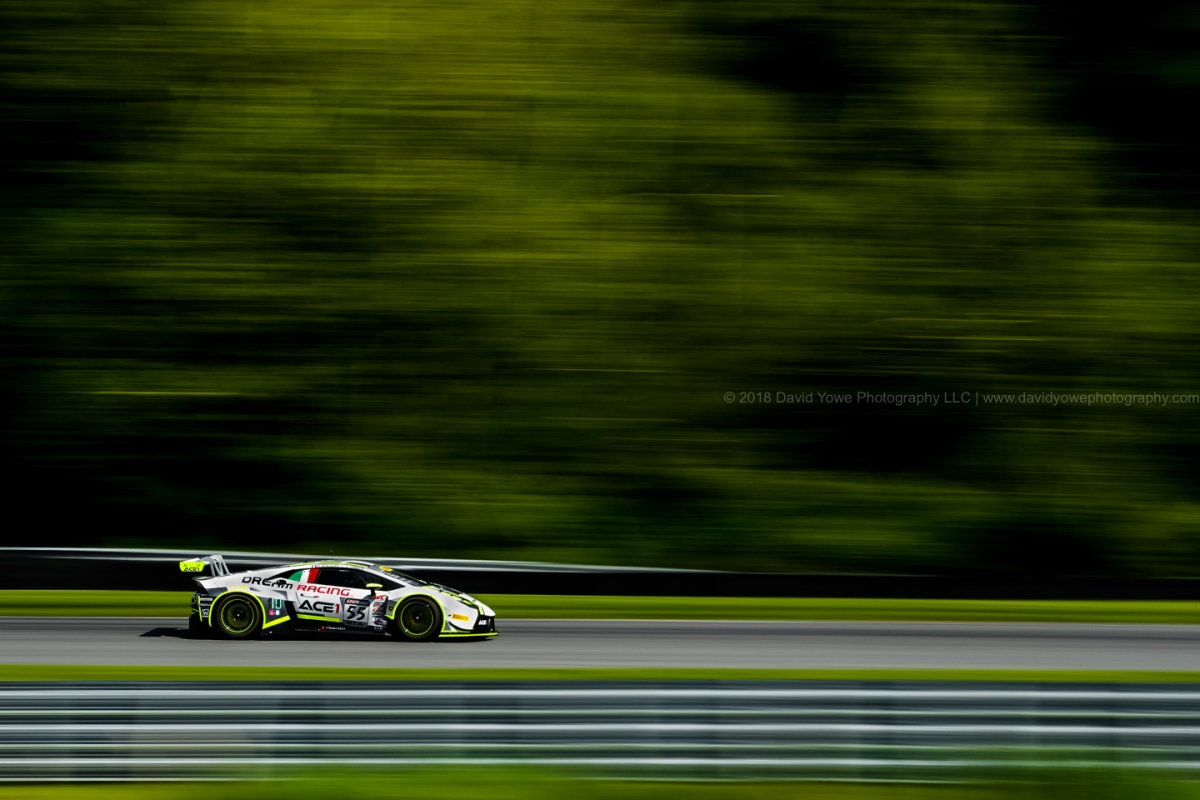 During this session walked down to the inside of turn 1 (drivers right) and stood on a picnic table in the spectators area for elevated shots of the cars as they speed out of Big Bend. Yuki Harata in the #55 Dream Racing Motorsport Lamborghini Huracan GT3. The green/yellow fluorescent strips on this car goes well with the sunlight trees in the background.

Then headed to the end of the front straight on the inside of turn 1 (drivers right) underneath the Sam Posey bridge for shots of the cars speeding down the front straight. Their is a bit of a back story on the photo above. Recently on Instagram I saw a photo from famed F1 photographer Darren Heath of a Ferrari F1 car speeding down a front straight. Had this photo in the back of my head when I took this shot of Tim Pappas in the #54 Black Swan Racing Porsche 911 GT3 R (991). BTW, I highly recommend you follow Darren Heath in Instagram for some very inspirational and creative photos of F1. 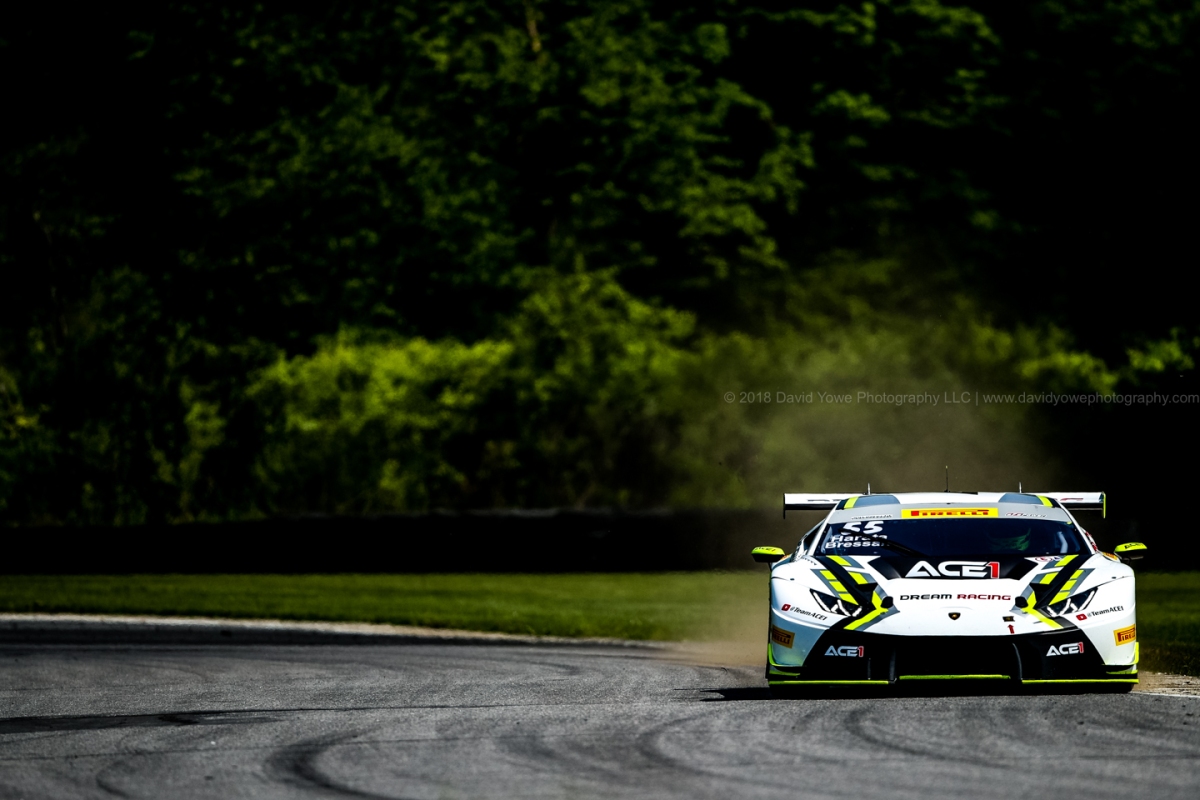 By now the light was getting lower and illuminating the front of the cars as they exited Big Bend into The Esses. Another shot of Yuki Harata in the #55 Dream Racing Motorsport Lamborghini Huracan GT3. 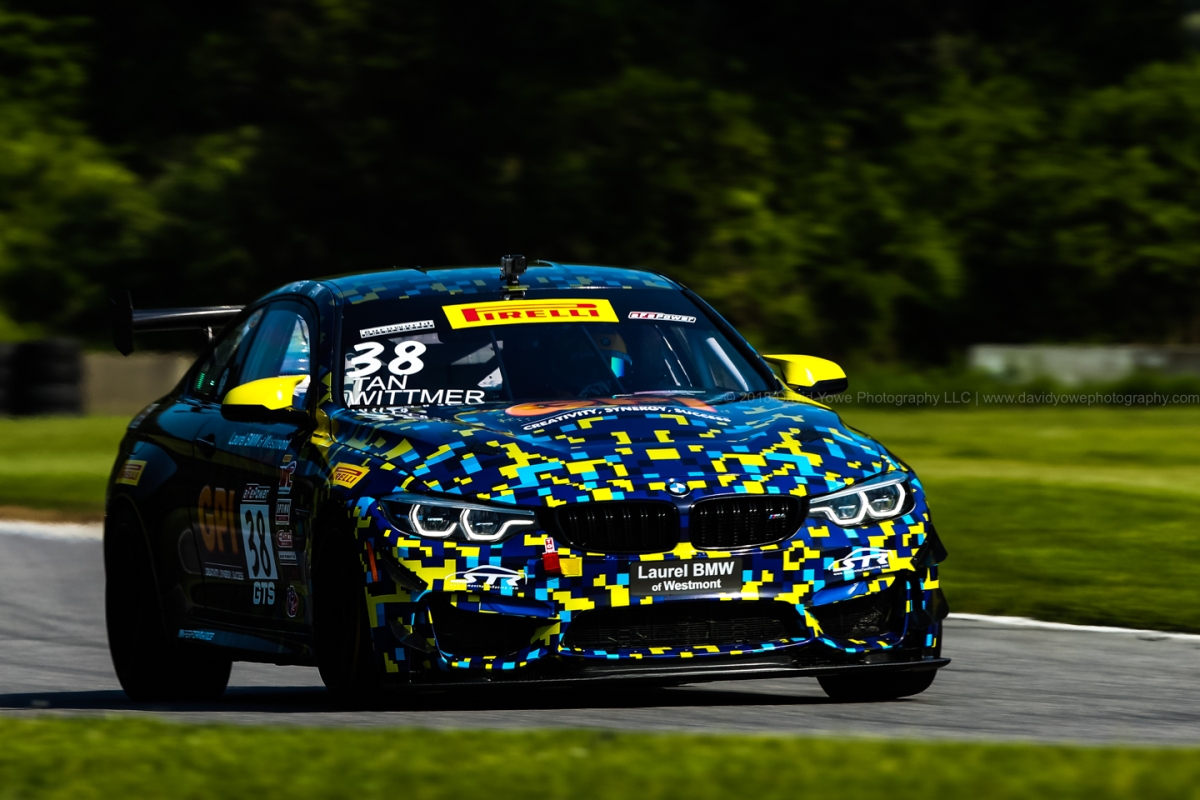 The light got even better for the GTS SprintX practice session which started at 4.20 pm. Samantha Tan in the #38 ST Racing BMW M4 GT4. The patches of yellow and light blue against the dark blue paint work was striking in the late afternoon sun. 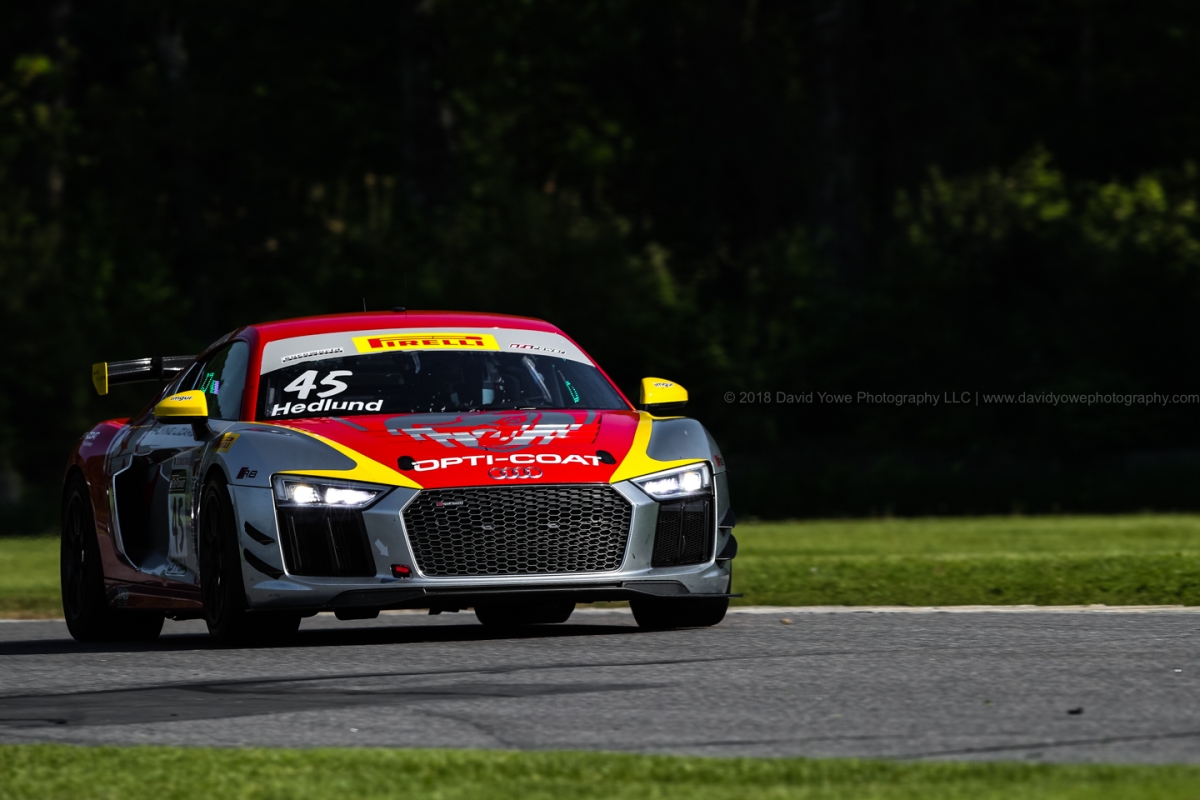 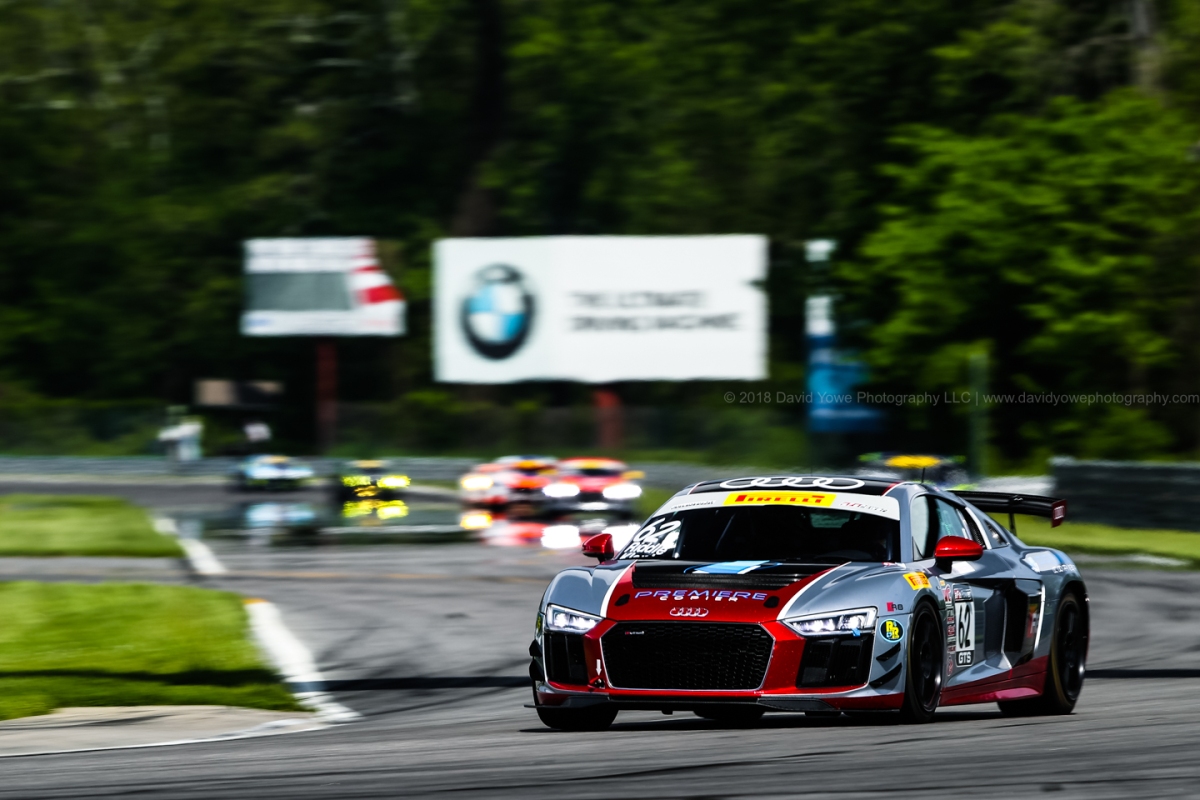 The GTS Sprint X cars were first on track for their second practice session at 9.50 am. At this time of the day the morning sun lights the front of the cars as they head down the front straight and the side of the cars as they speed around Big Bend into The Esses. Mark Klenin in the #62 KPR Audi R8 LMS GT4 heading into turn 1. 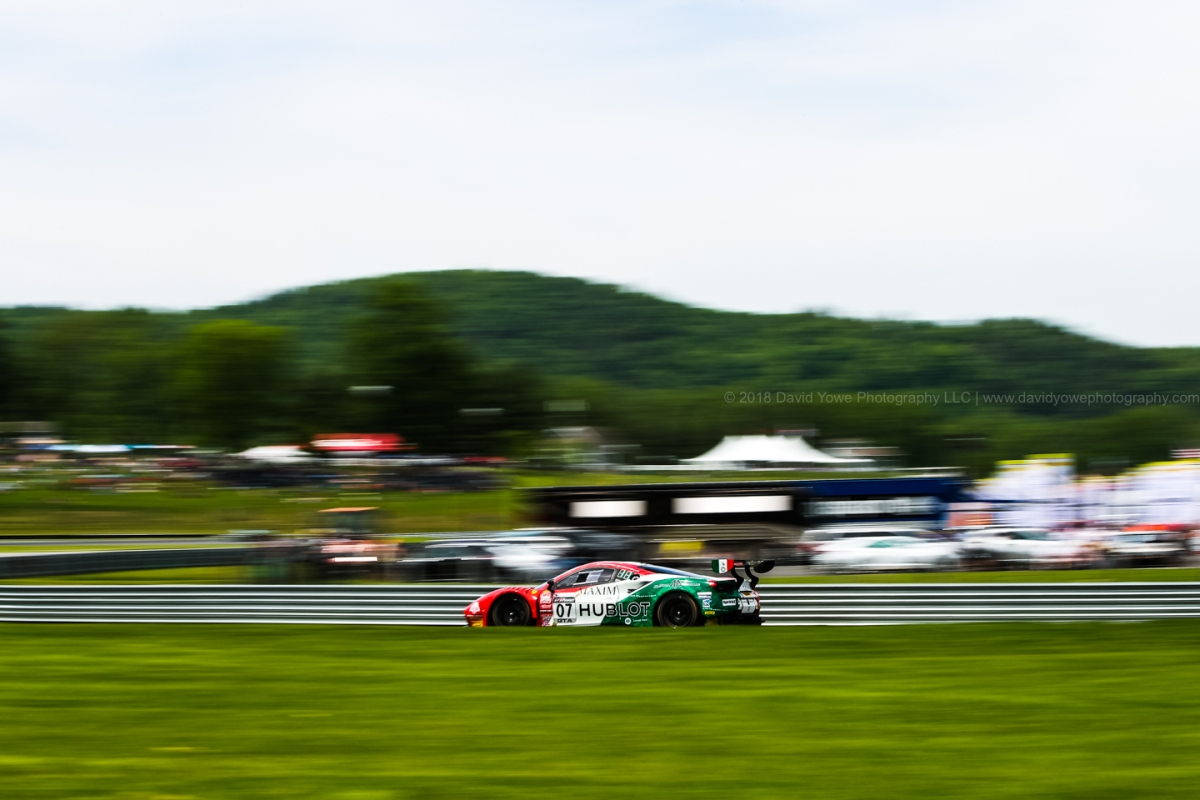 The GT Sprint X cars hit the track for their second practice session at 11.45 am. Caeser Bacarella in the #07 Squadra Corse Garage Italia Ferrari 488 GT3 heading around Big Bend with the paddock and Berkshire Mountains in the background. 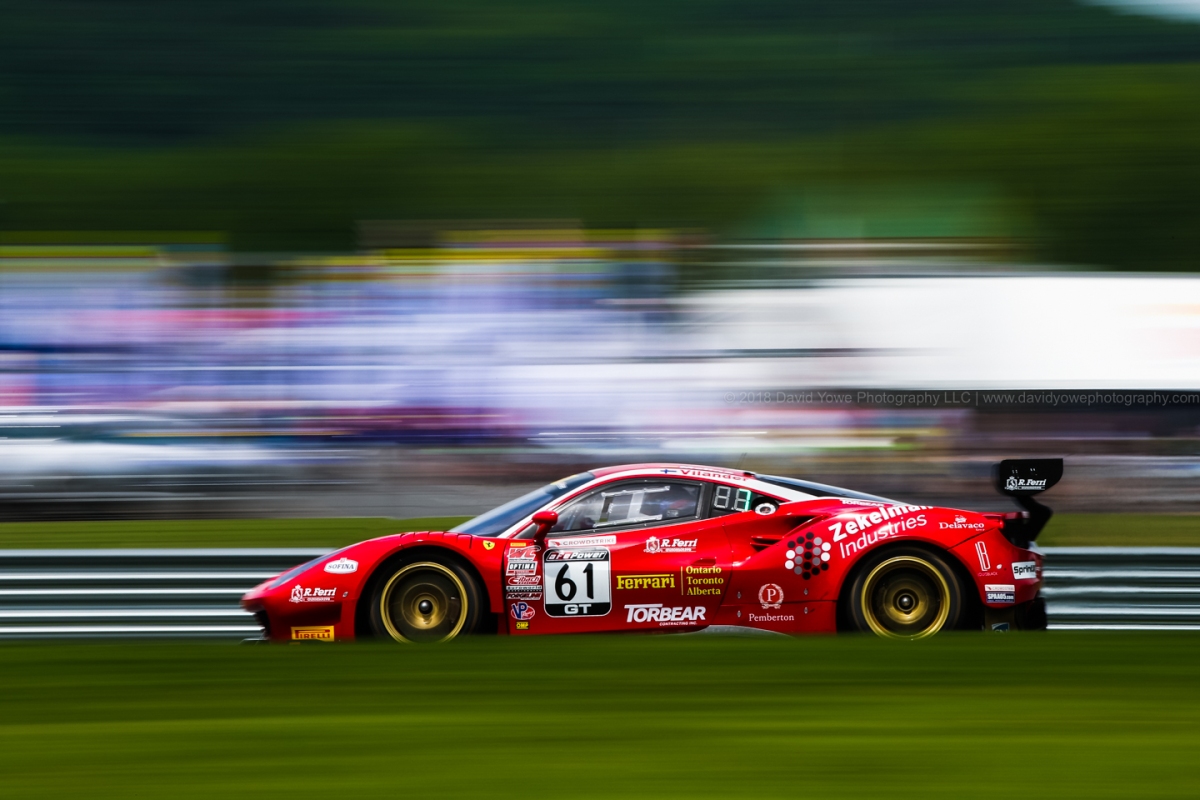 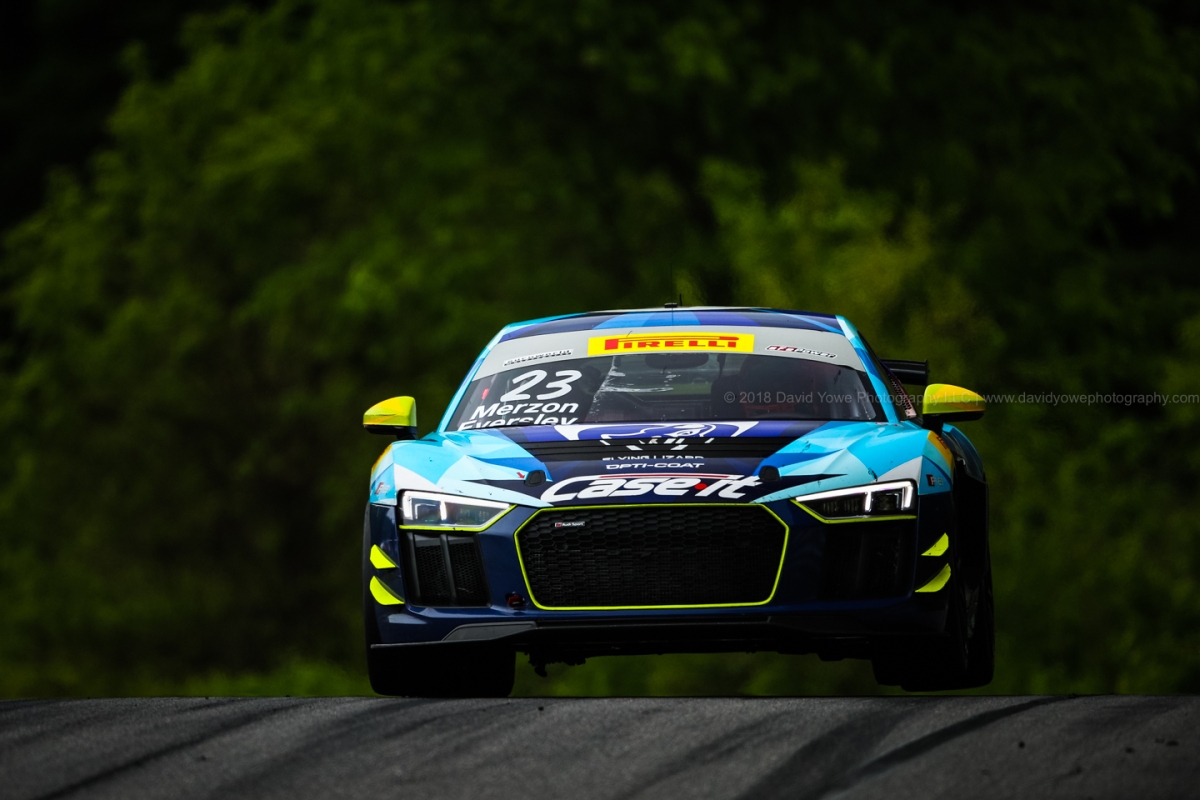 Race 1 for the GTS Sprint X cars started at 9.45 am. For this session went to the outside of the track from the base of the Uphill at turn 5, then along The Back Straight between turns 5 to 6. Its cool how some of the cars “lift their wheels” as they go over The Uphill. Adam Merzon in the #23 Caseit Racing by Flying Lizard Audi R8 LMS GT4. 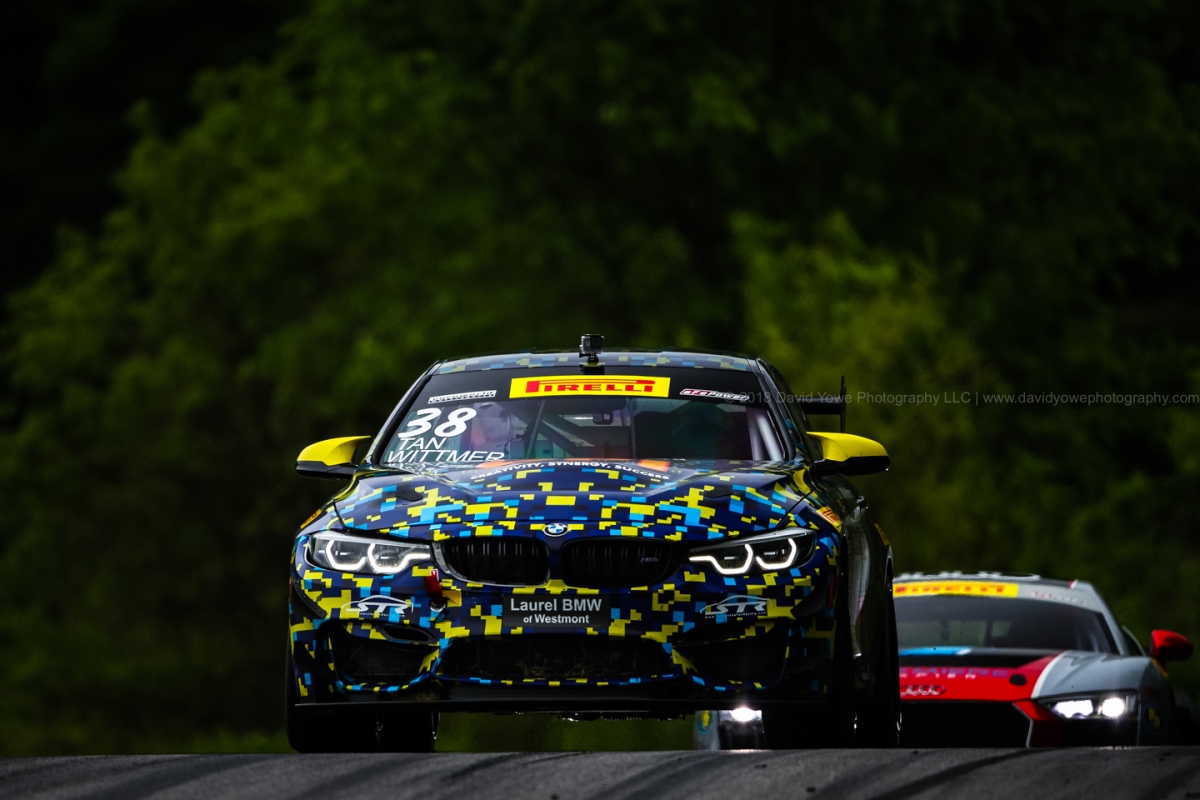 Like how the headlights from the trailing Audi R8 lit the bottom of the #38 ST Racing BMW M4 GT4 being driven by Samantha Tan. The last couple of shots were taken with the 500mm lens from the flaggers stand that is about half-way along The Back Straight. 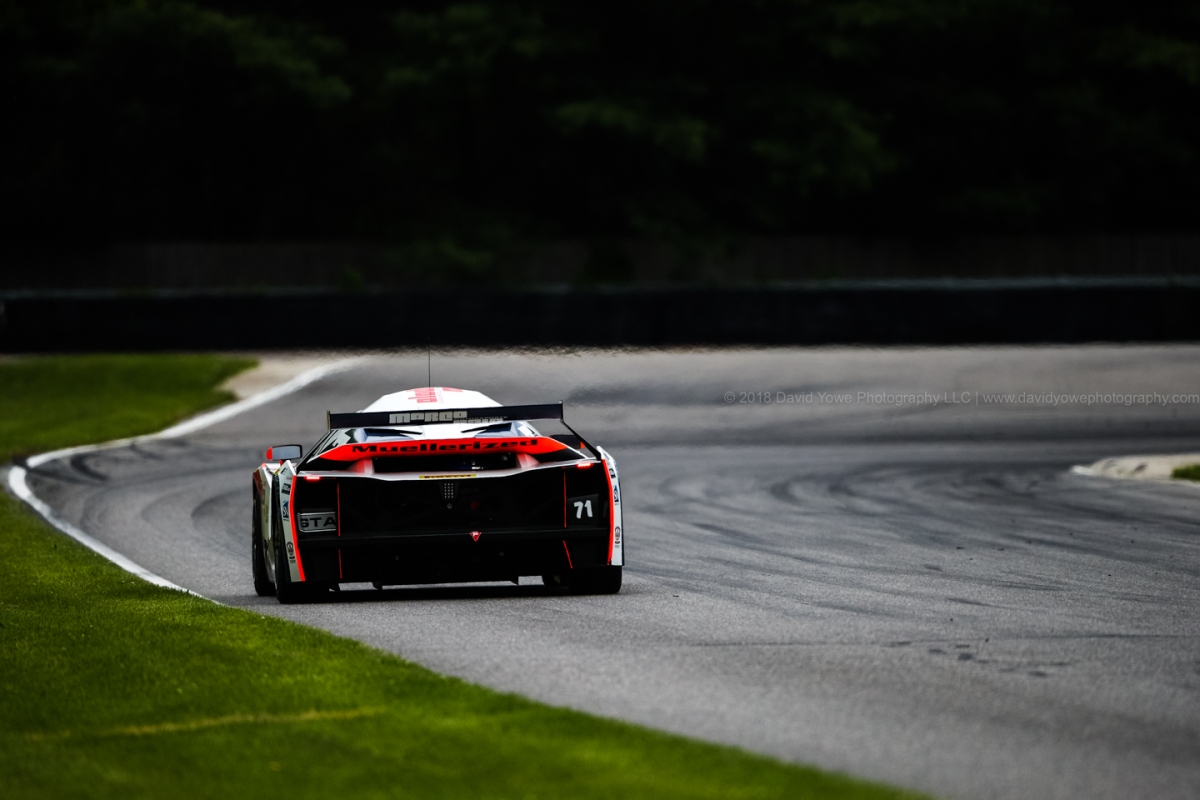 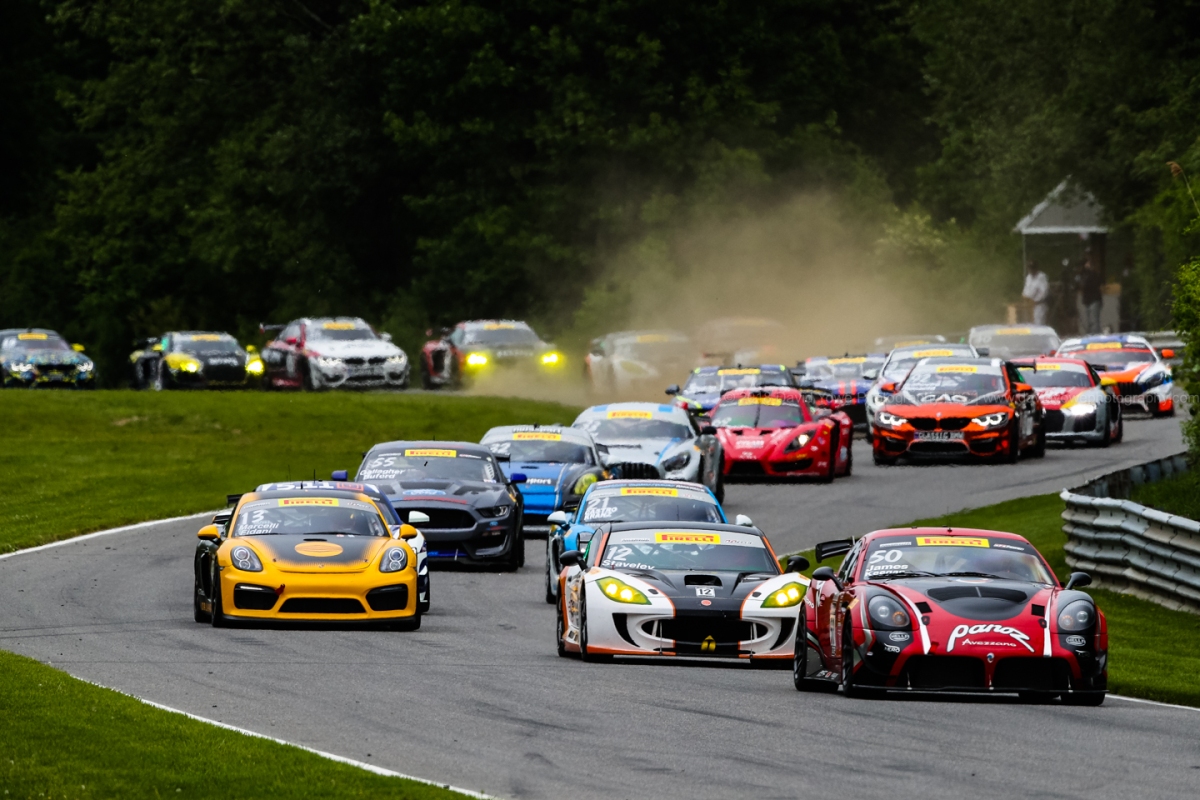 The first GT Sprint X race started at 11.25 am, which was followed by the second GTS Sprint X race at 2.15 pm. The is a shot of the GTS Sprint X field winding its way down The No Name Straight during the start of the second race from the the photographers hole at the bottom of The Uphill. 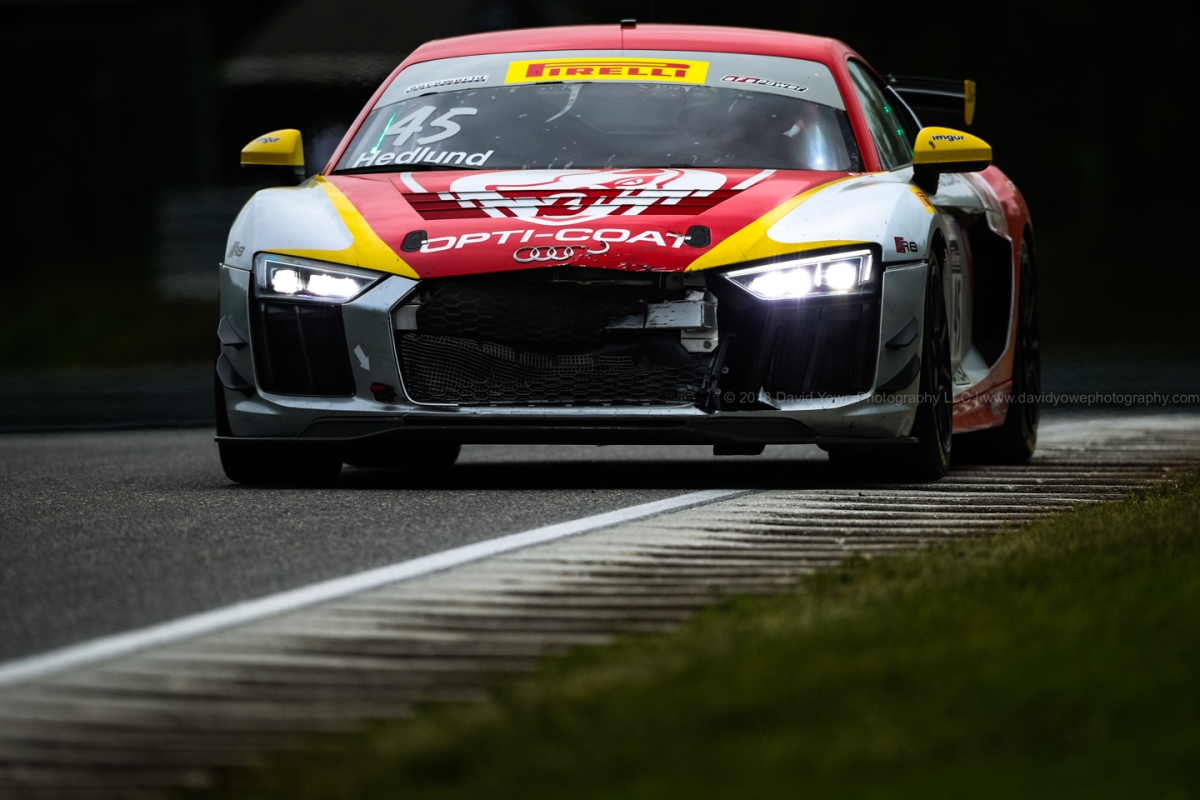 During the afternoon races I worked my way from the bottom of The Uphill, along The Back Straight, through to West Bend, then to the top of The Downhill. Mike Hedlund in the #45 Flying Lizard Motorsports Audi R8 LMS GT4 speeding out of West Bend into the top of The Down Hill. This shot was taken from underneath the vehicle bridge at turn 7. From this location you can really feel the raw power of the sports cars as they speed into The Down Hill. 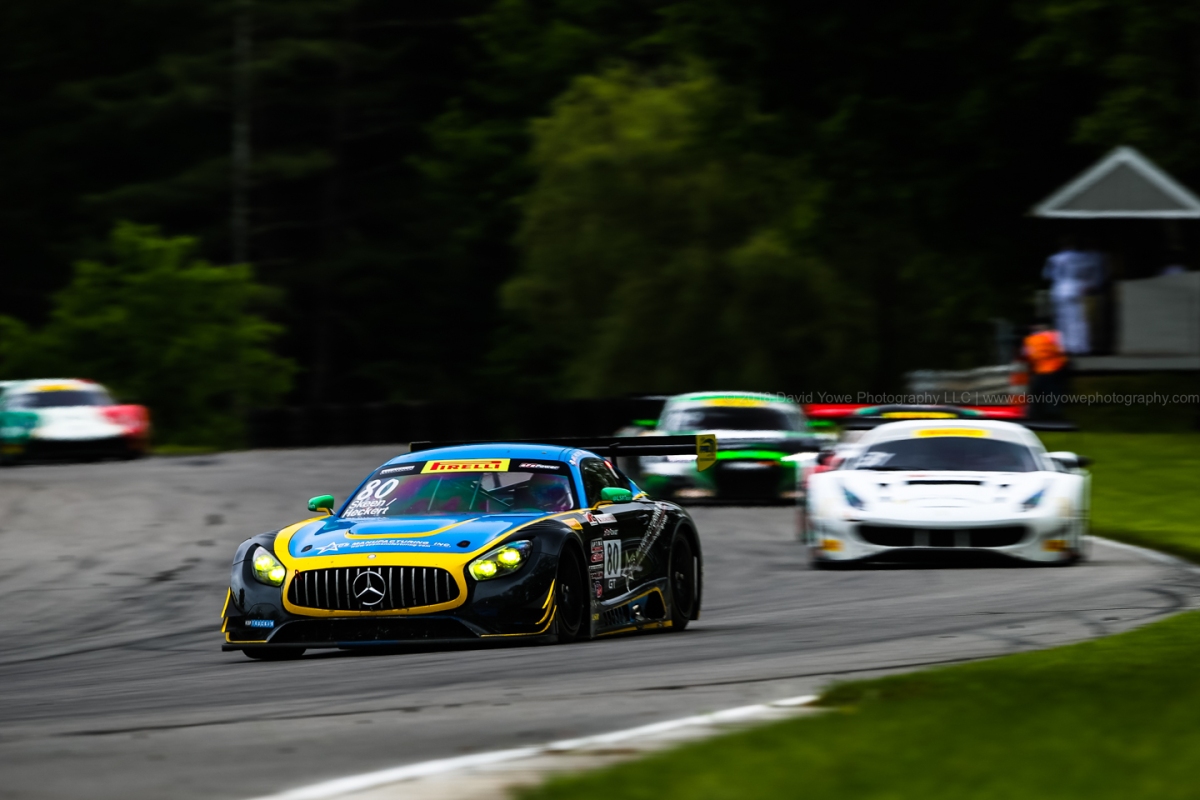 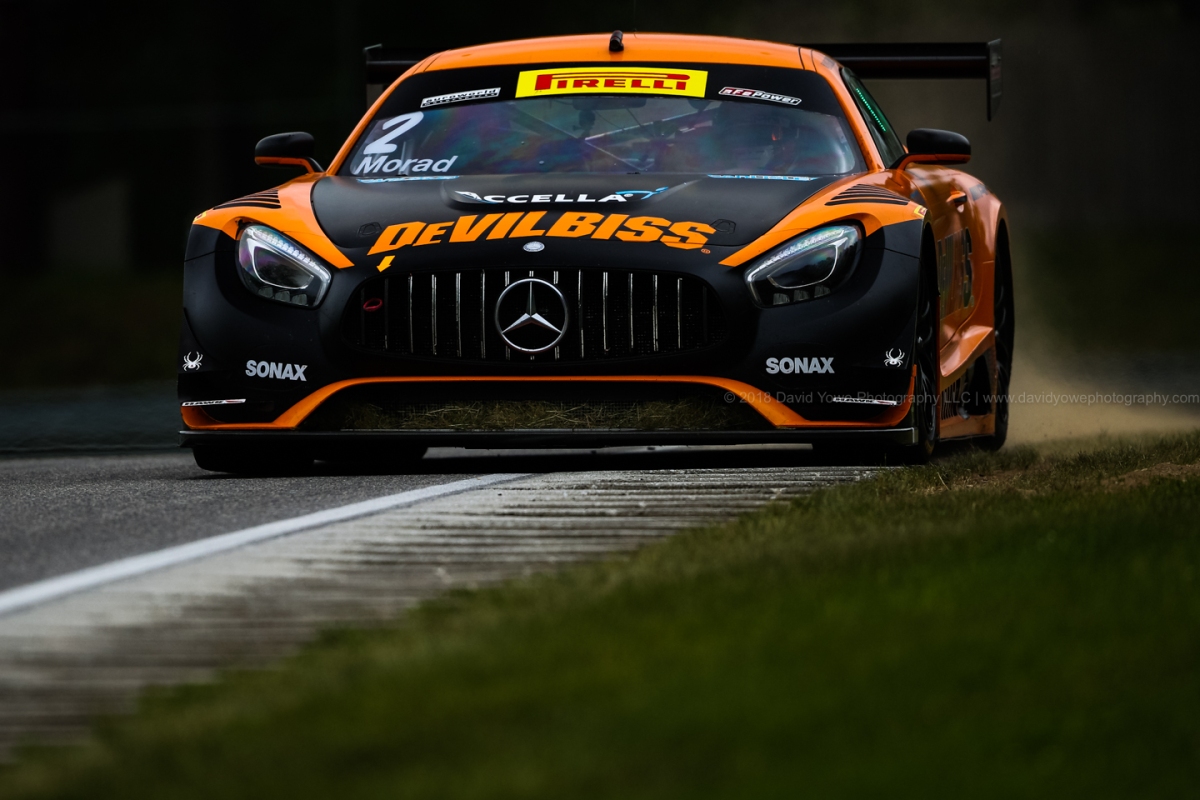 Daniel Morad was using all the track in the #2 CRP Racing Mercedes-AMG GT3 as he approached The Downhill. 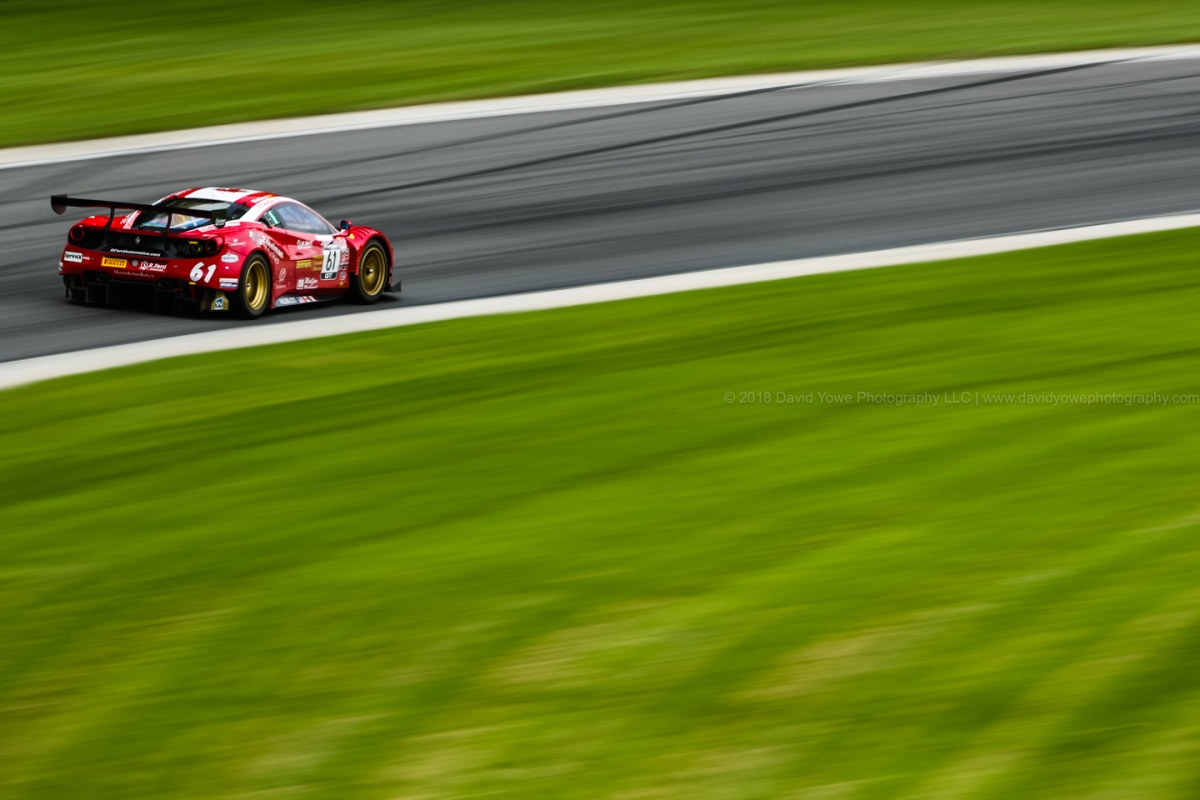 If you turn around, you get a great view of the cars speeding down The Downhill and around the curve into the Front Straight. Here’s a couple of shots of Toni Vilander in the #61 R. Ferri Motorsport Ferrari 488 GT3.