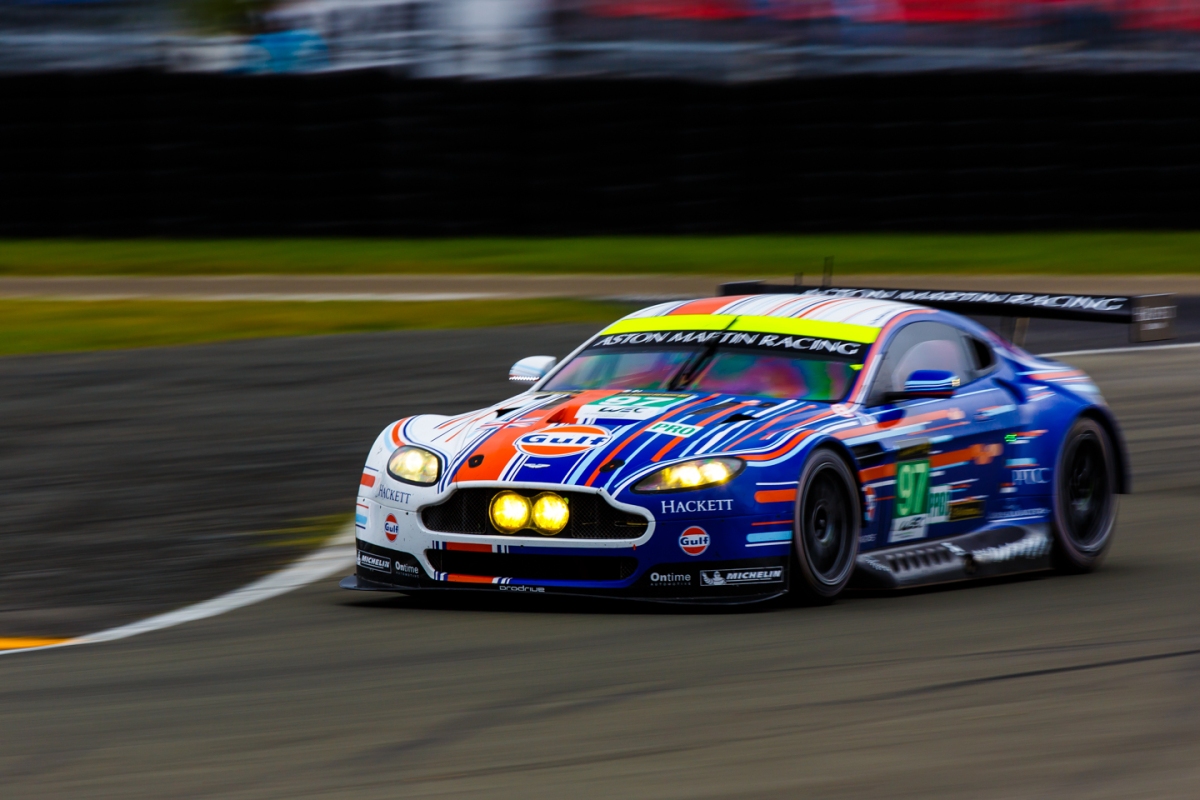 While at the viewing platform in Stand 23, practiced my panning technique by using lower shutter speeds than I normally use to get more pronounced blurring of the car during panning. Managed to get down to 1/60th of a sec (although a lot of my images shot at this shutter speed were not very good) and got a good shot of the Aston Martin Vantage GTE “Art” Car (Aston Martin Racing, LM GTE Pro class) speeding through the “S” Ford Curves. I think the Aston Martin “Art” car looks great and was one of my favorite cars at Le Mans to photograph. Hope you like the photos.As quoted from SpeedTV.com “Aston Martin Racing and Gulf have unveiled the winner of their livery design competition. The design, inspired by the change in atmosphere as day gives way to night during the 24 Hours of Le Mans, was created by Jonathan Wesley from Kettering in the UK and will adorn the No. 97 Vantage GTE throughout race week …….. “I was just sketching a few thoughts out and I liked the idea of the car being a different color on both sides. I thought about the Gulf corporate colors – dark blue, light blue, orange and white – and I came up with the idea of ‘daylight to dusk’, which to me is the most exciting part of the race. So it moves from the white with the broad orange stripe dividing things to the dark blue of the night. The orange and blue lines represent the streaks that you often see in photos of the car at night and the whole design sort of summed up the essence of Le Mans to me …………” (http://auto-racing.speedtv.com/article/le-mans-aston-martin-unveils-art-car) 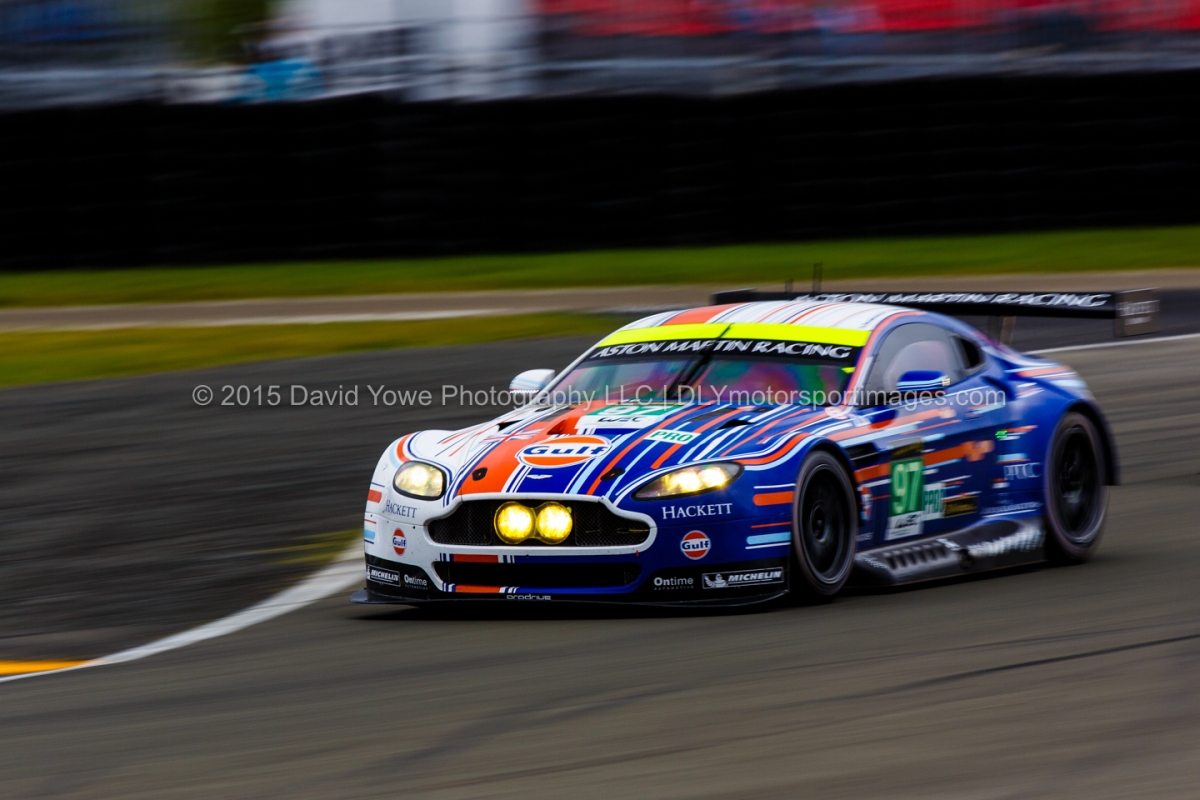