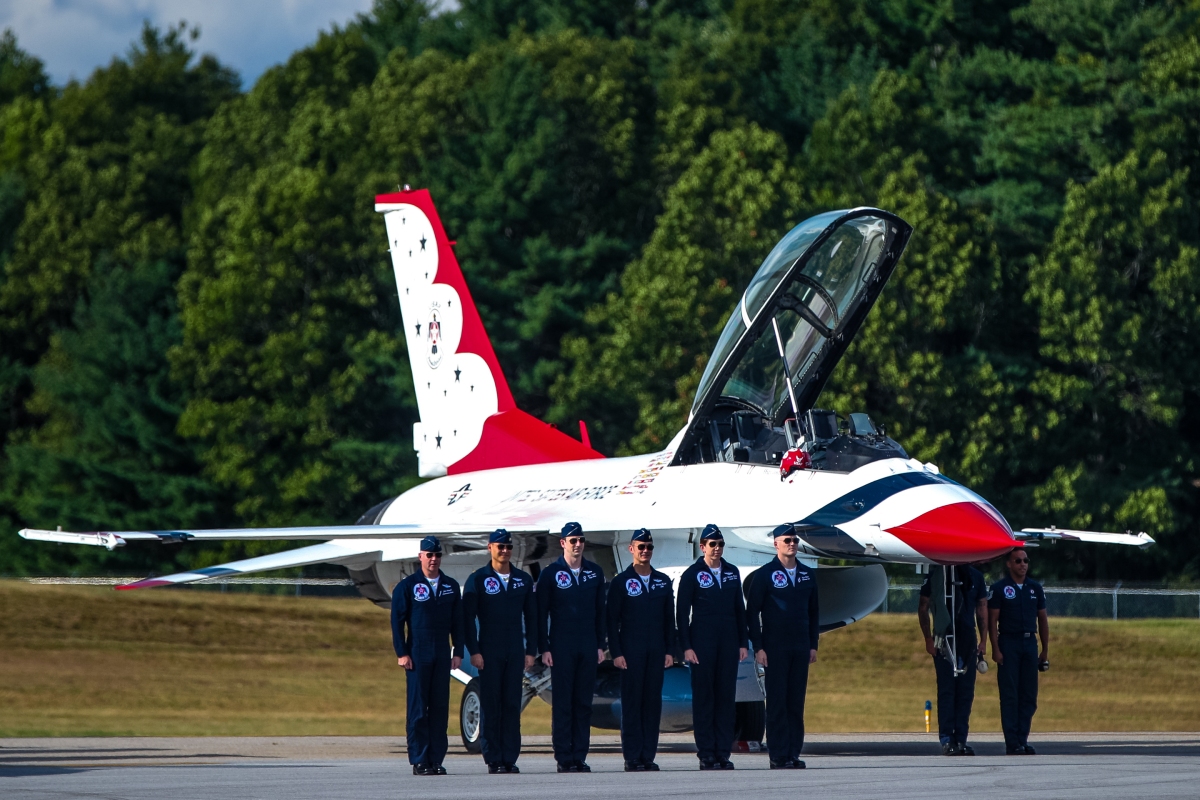 For my last blog for 2021, thought I would recount an airshow I went to a few months ago called Thunder Over New Hampshire with the USAF Thunderbirds. Hope you like the photos. 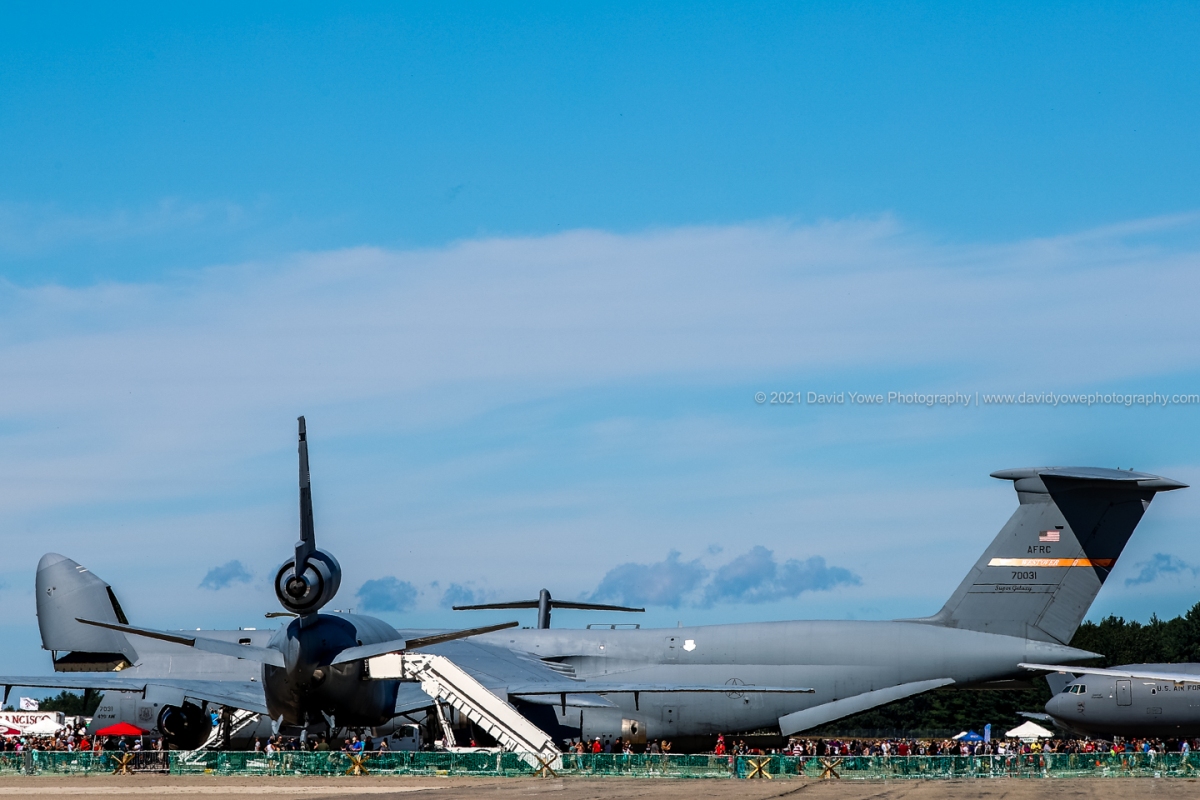 Beautiful clear blue skies greeted us as we walked from the car park to the Pease Air National Guard Base (ANGB) where the airshow was held. This ANGB is the home of the 157th Air Refueling Wing. The lower photo gives you an idea how big the Lockheed C-5 Galaxy transport aircraft is against the people below it. 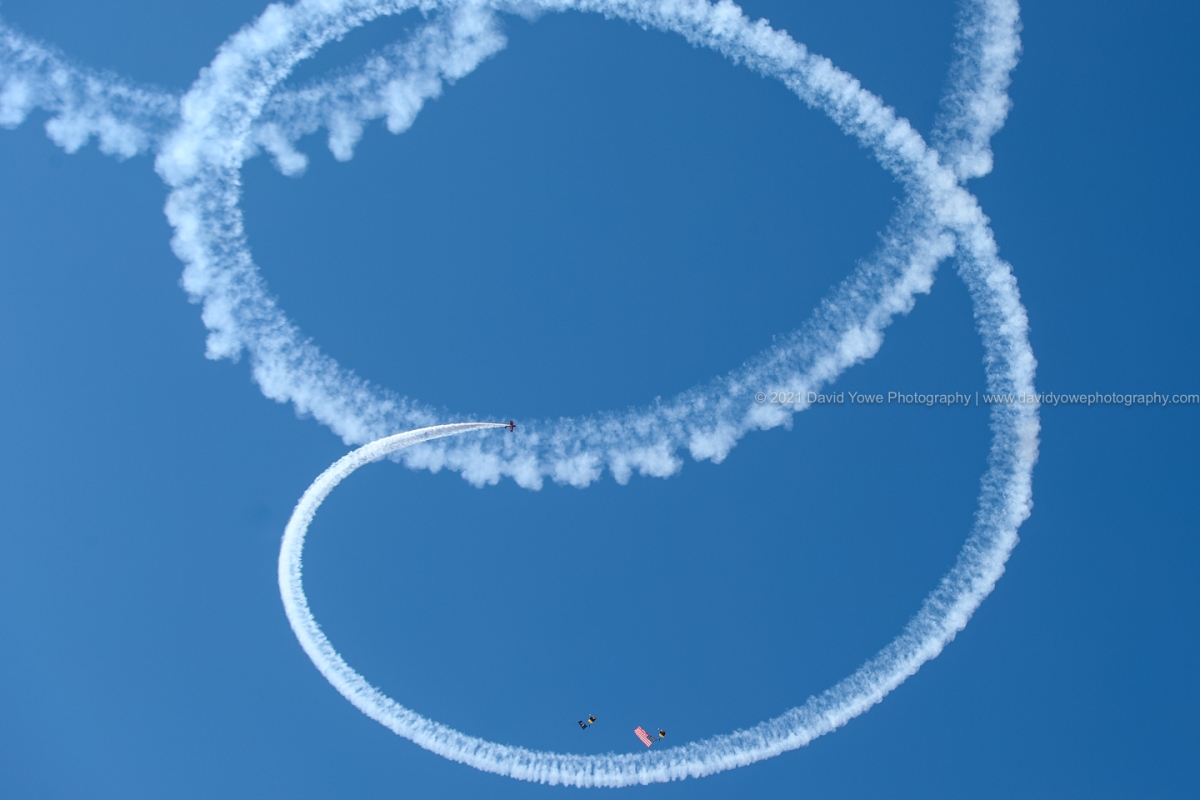 As we approached the air base, the airshow started to unfold above us, with parachutists jumping from a Lockheed C-130 Hercules, and a Lucas Oil Pitts S-1-11B layering a trail of white smoke behind it.

The Boeing KC-135 Stratotanker. If you look closely, you can see a pair of Lockheed Martin F-35’s approaching us in the lower photo. 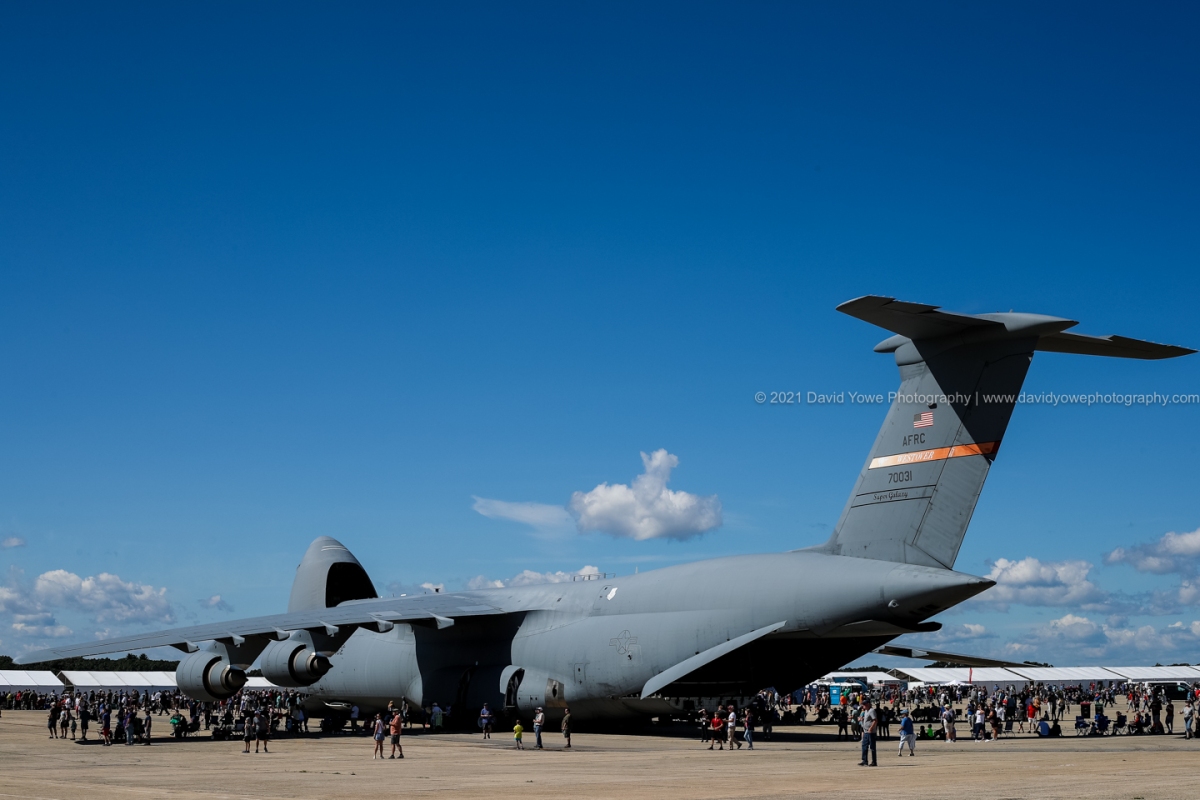 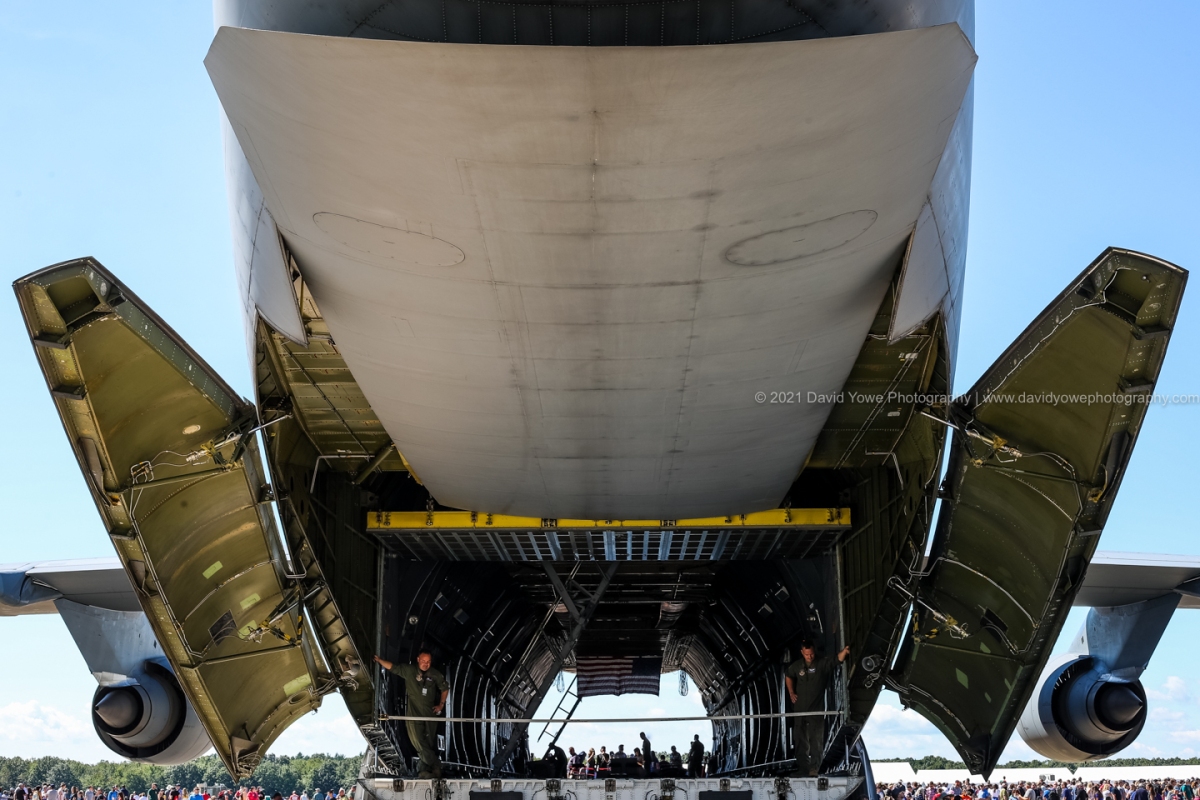 One of the first planes I wanted to see, was the gigantic Lockheed C-5 Galaxy and the cavernous doors that open behind it.

As I walked from under the C-5, looked up and saw a Lockheed P-80 Shooting Star fighter jet speed by. 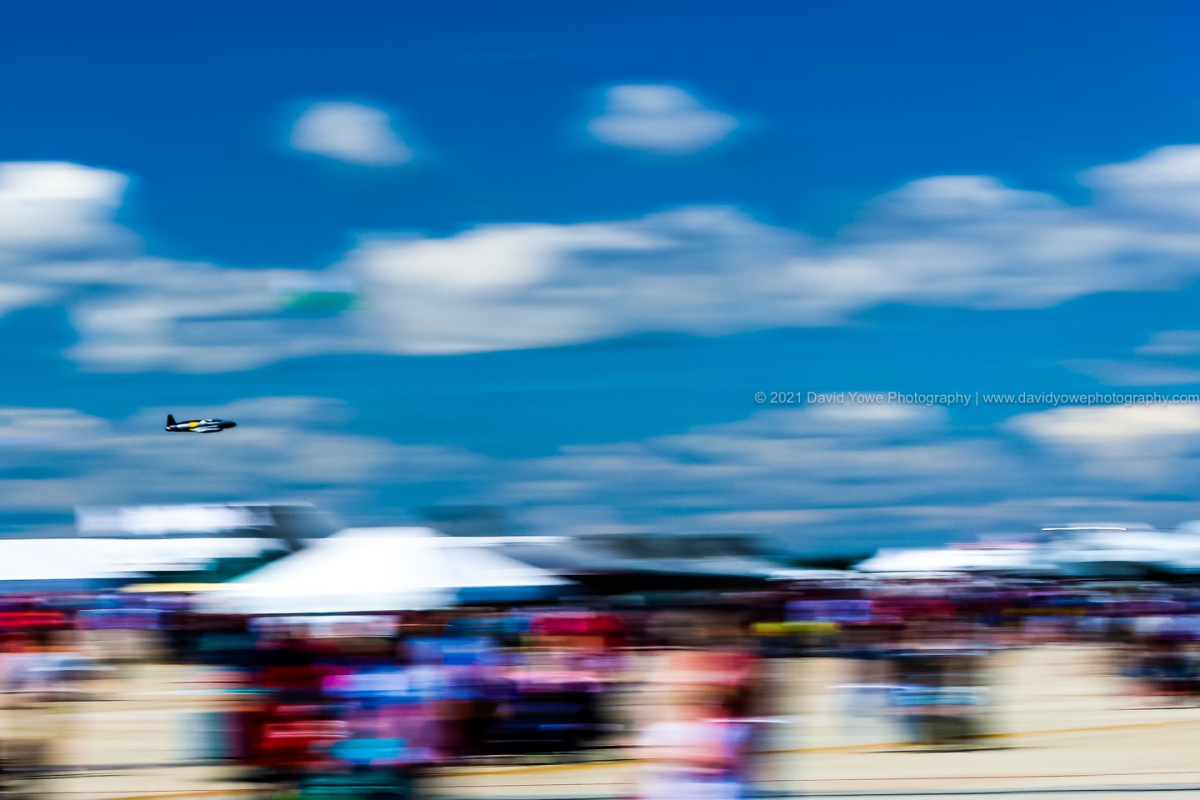 A few moments later the P-80 was speeding in front of me from the left side of the airfield.

From this angle you can see the characteristic shape of the P-80. 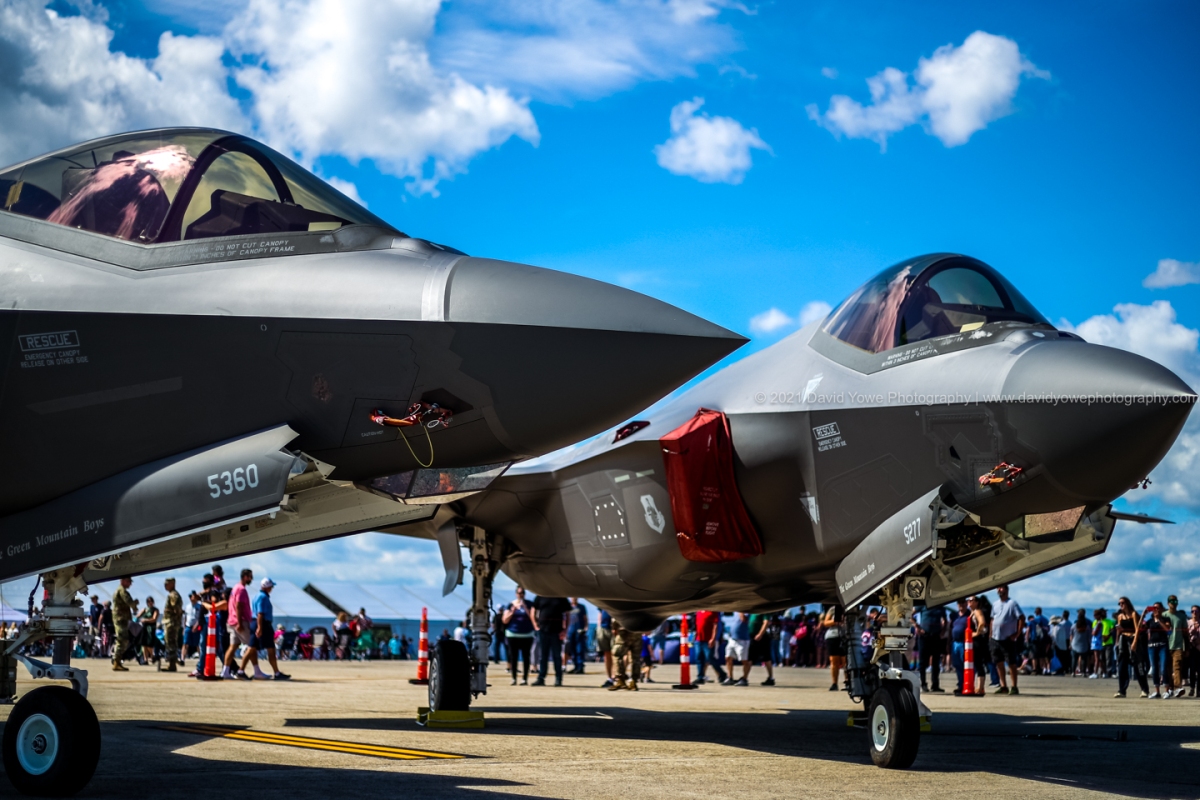 After the aerial display finished took a walk around the static displays. Seeing a pair of Lockheed Martin F-35 Lightning II’s up close was great and did a photo walk around of this stealth multirole fighter.

Continued my walk and saw the fearsome GAU-8/A Avenger auto cannon under the nose of the Fairchild Republic A-10 Thunderbolt II. 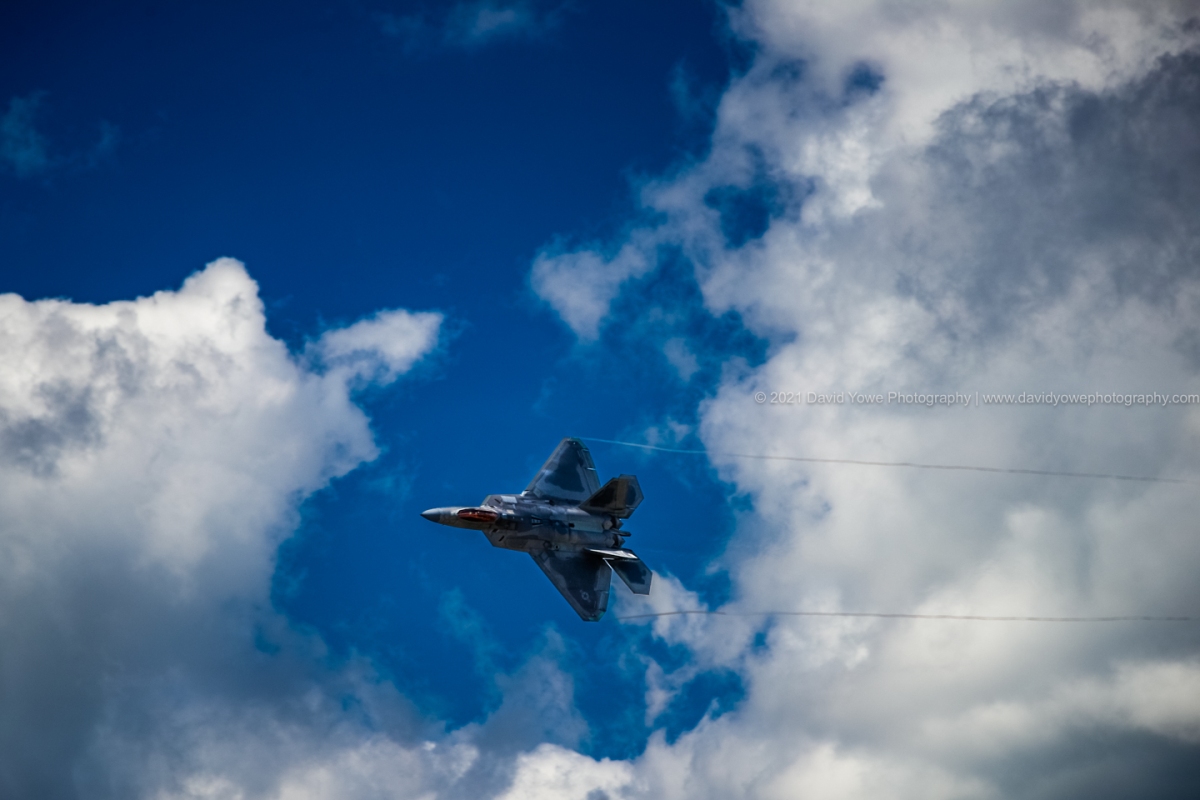 Zooming in for the next aerial display was the Lockheed Martin F-22 Raptor. 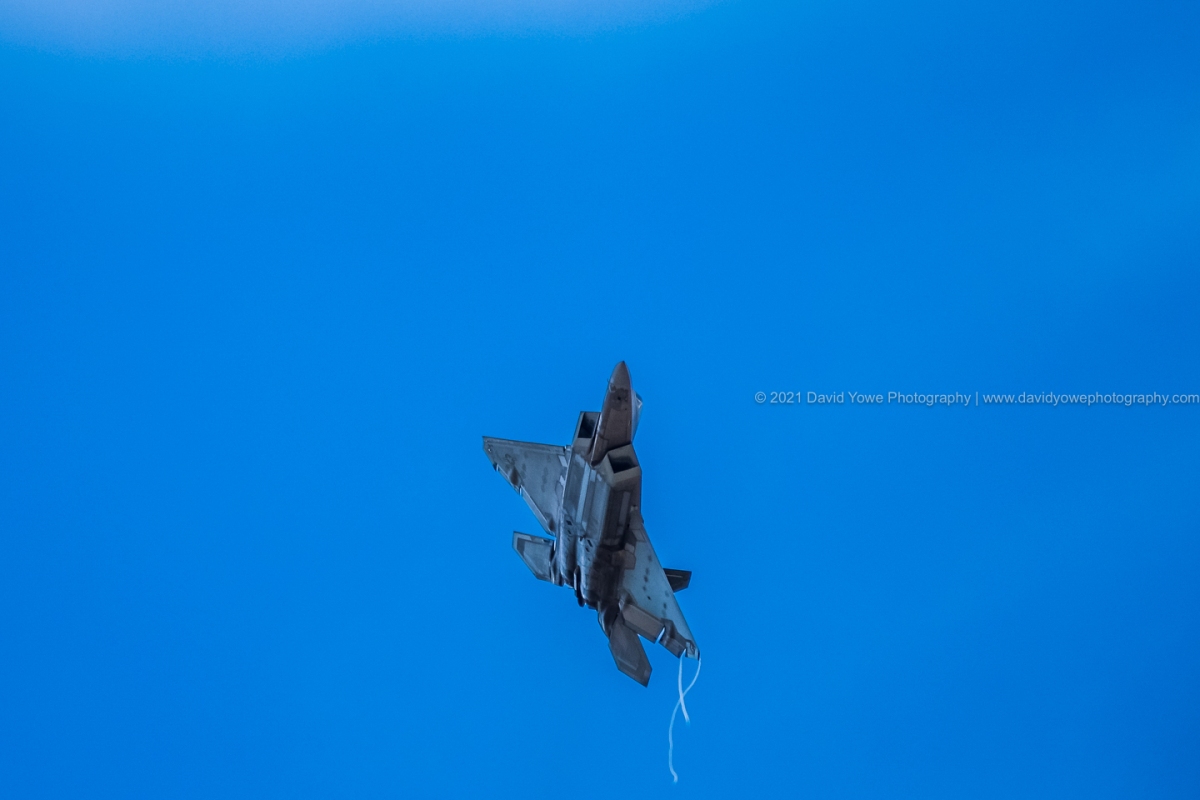 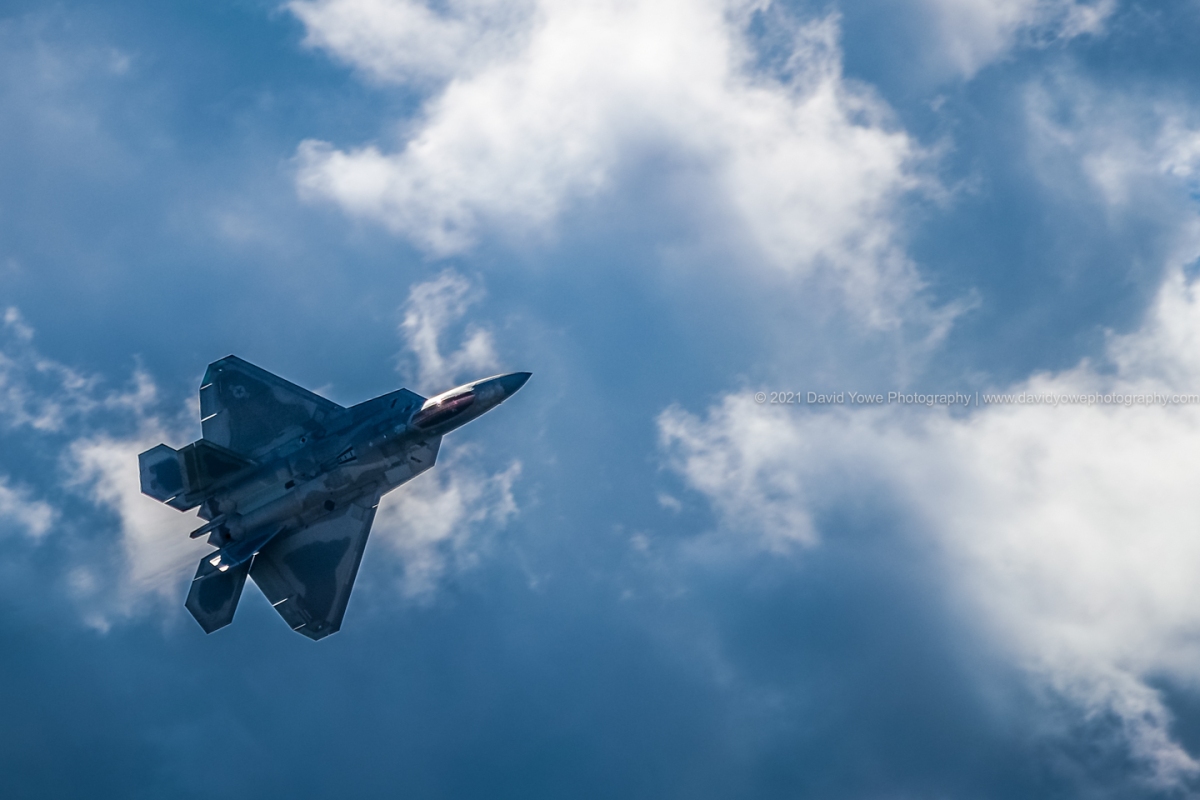 Here’s a series of shots of this fifth generation tactical stealth fighter. 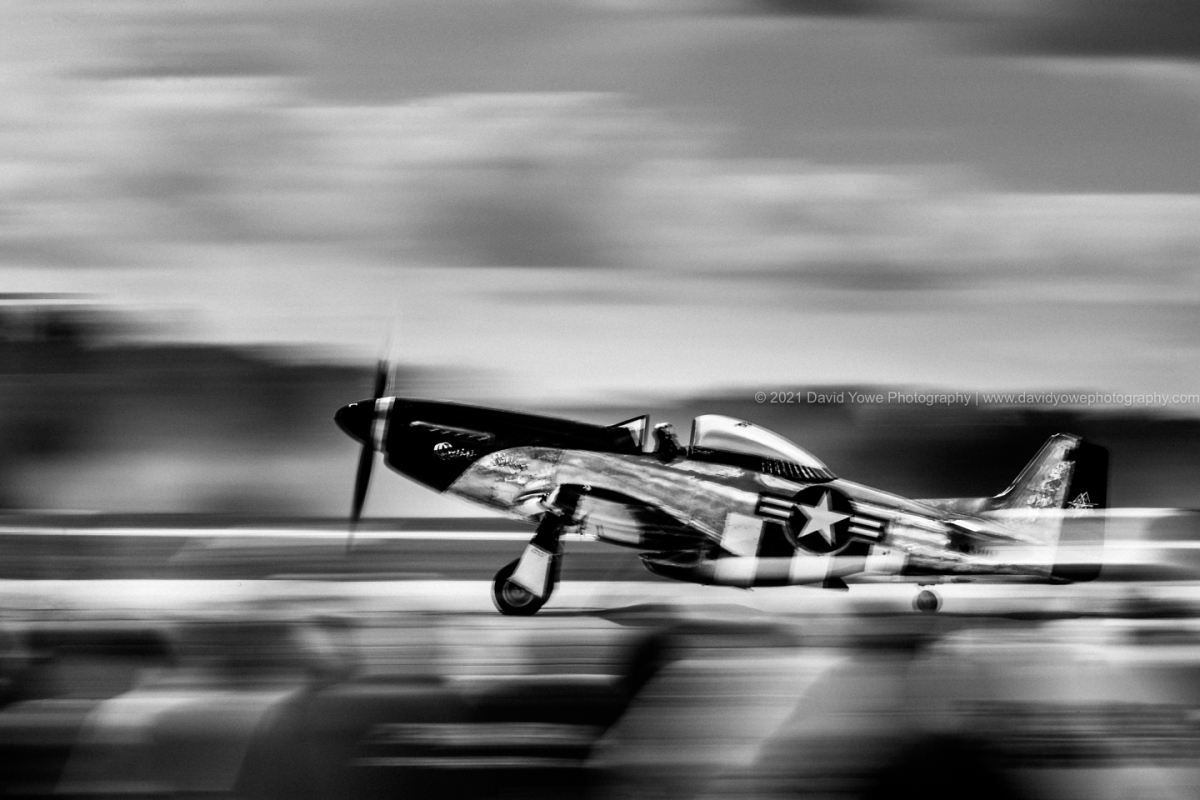 Next up was the WWII and Korean War era North American P-51 Mustang. Processed this photo in black and white and added some electronic grain, to simulate a black and white photo. 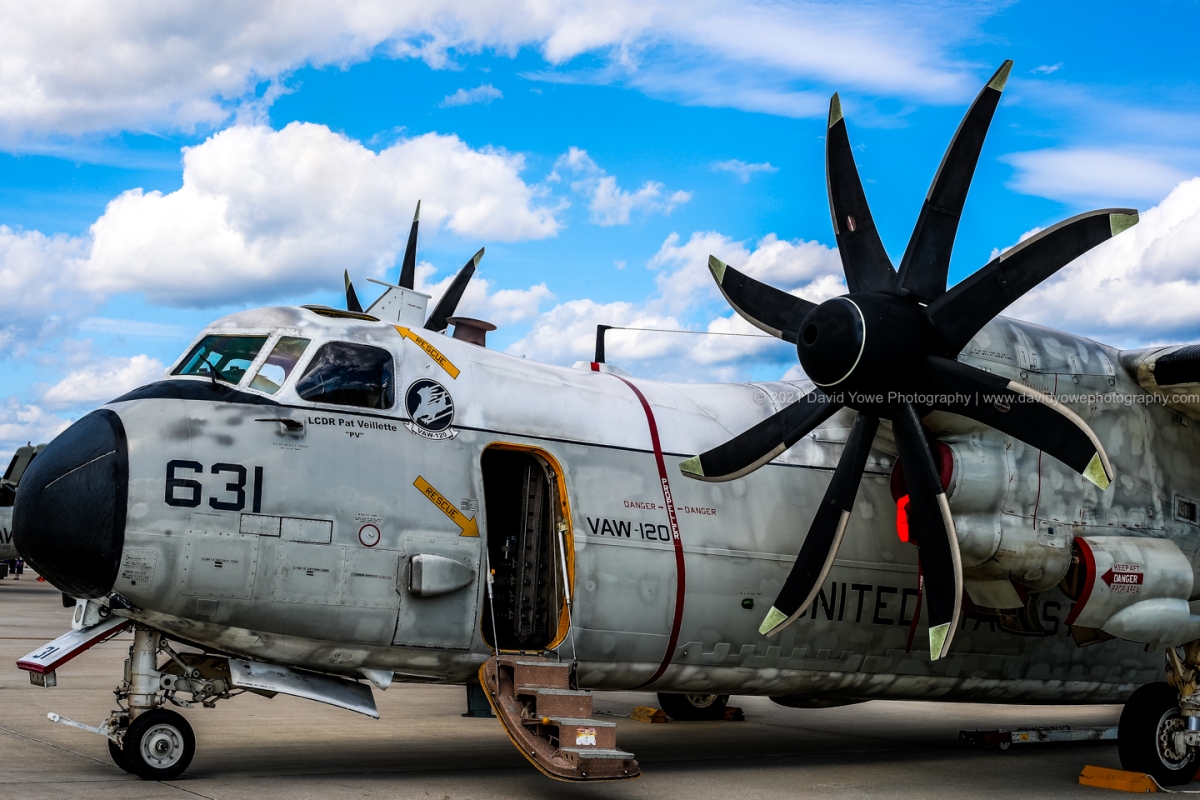 As the day progressed, continued looking at the static displays with two planes from the US Navy. The massive eight-blade NP2000 propellers on the Grumman C-2 Greyhound cargo plane (top) and the Northrop Grumman E-2 Hawkeye airborne early-warning aircraft (bottom).

A McDonnell Douglas F-15 Eagle was parked near the E-2 Hawkeye. 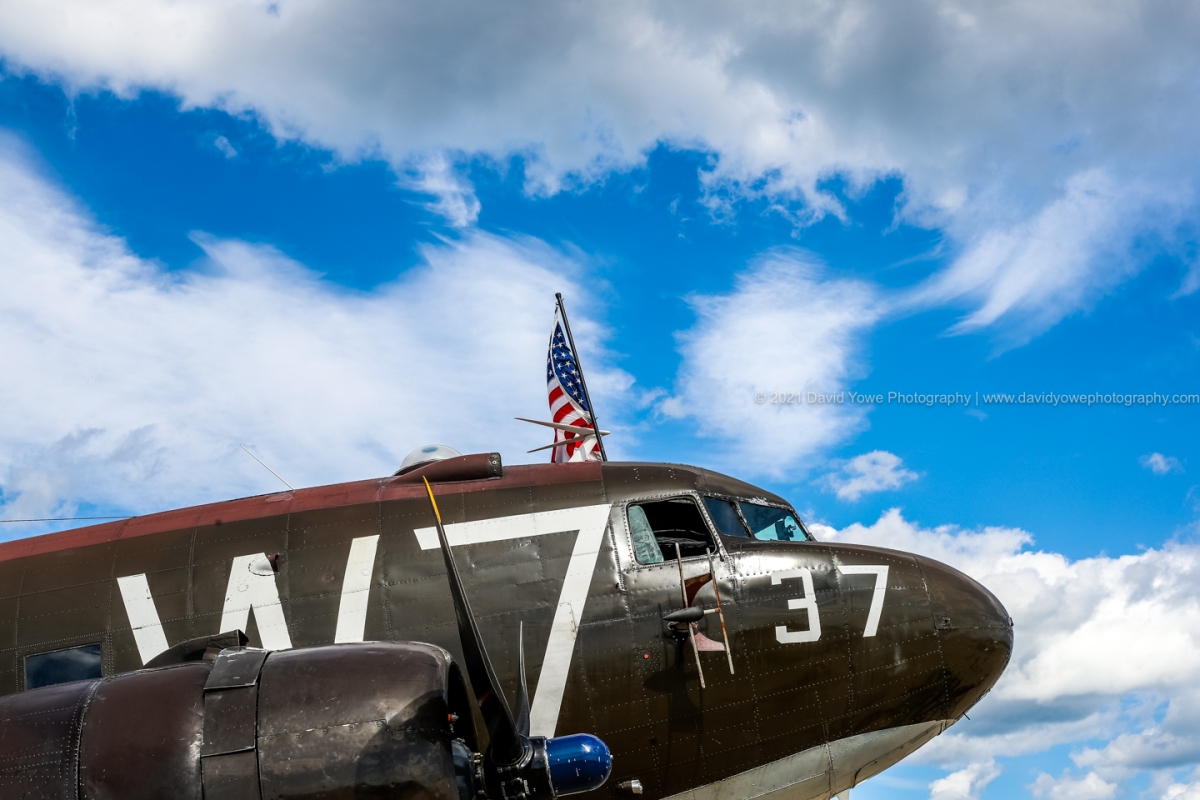 Ready for take-off with the Lockheed C-130 Hercules transport aircraft. 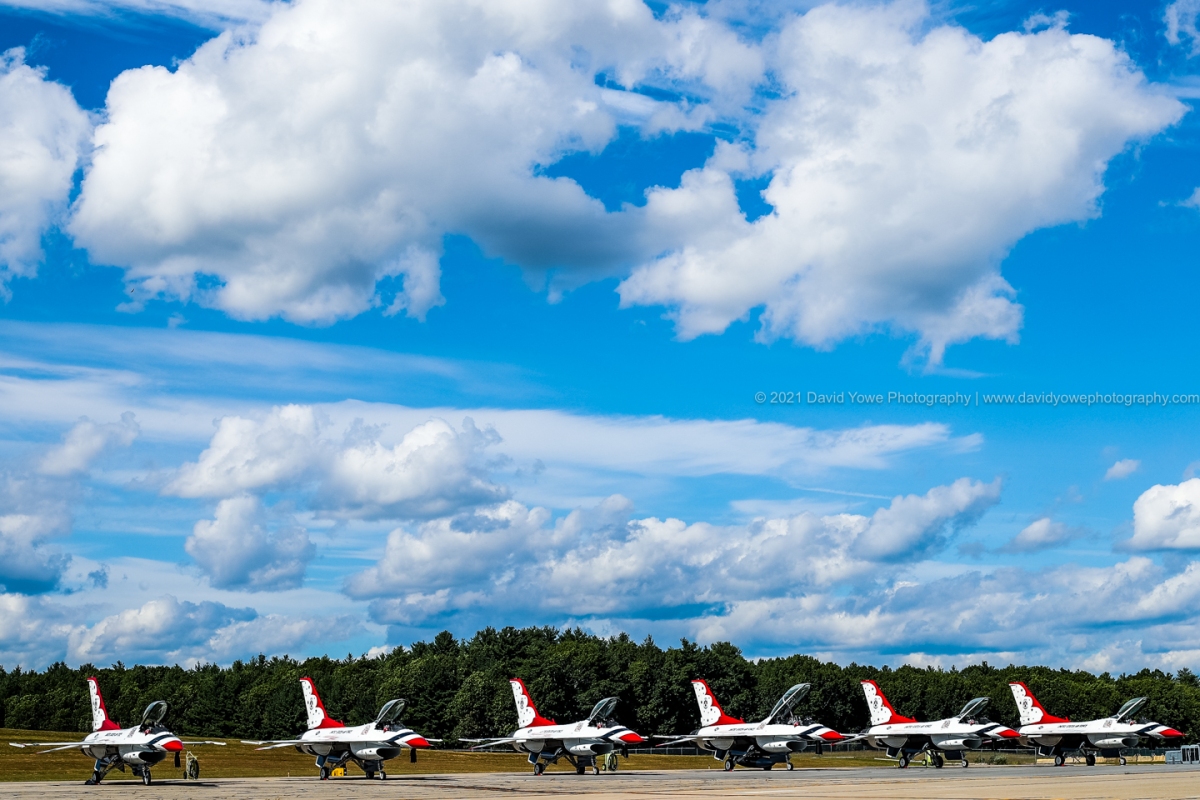 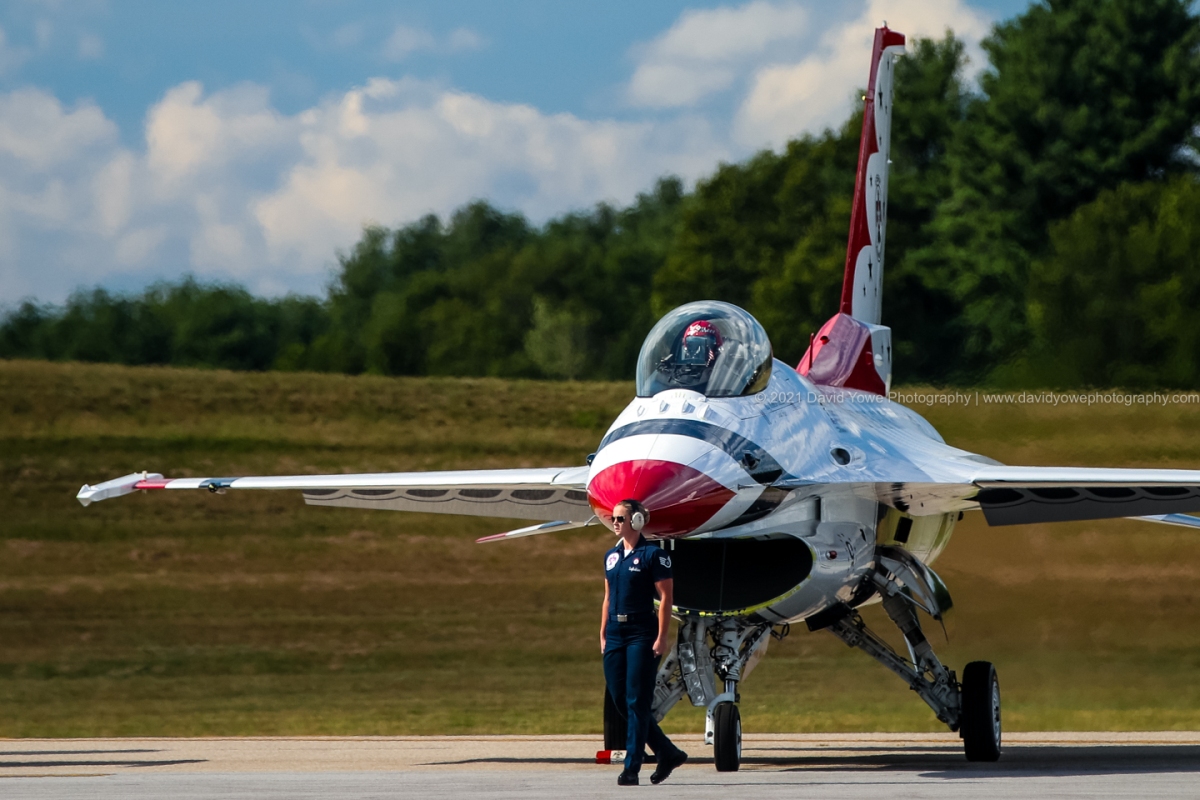 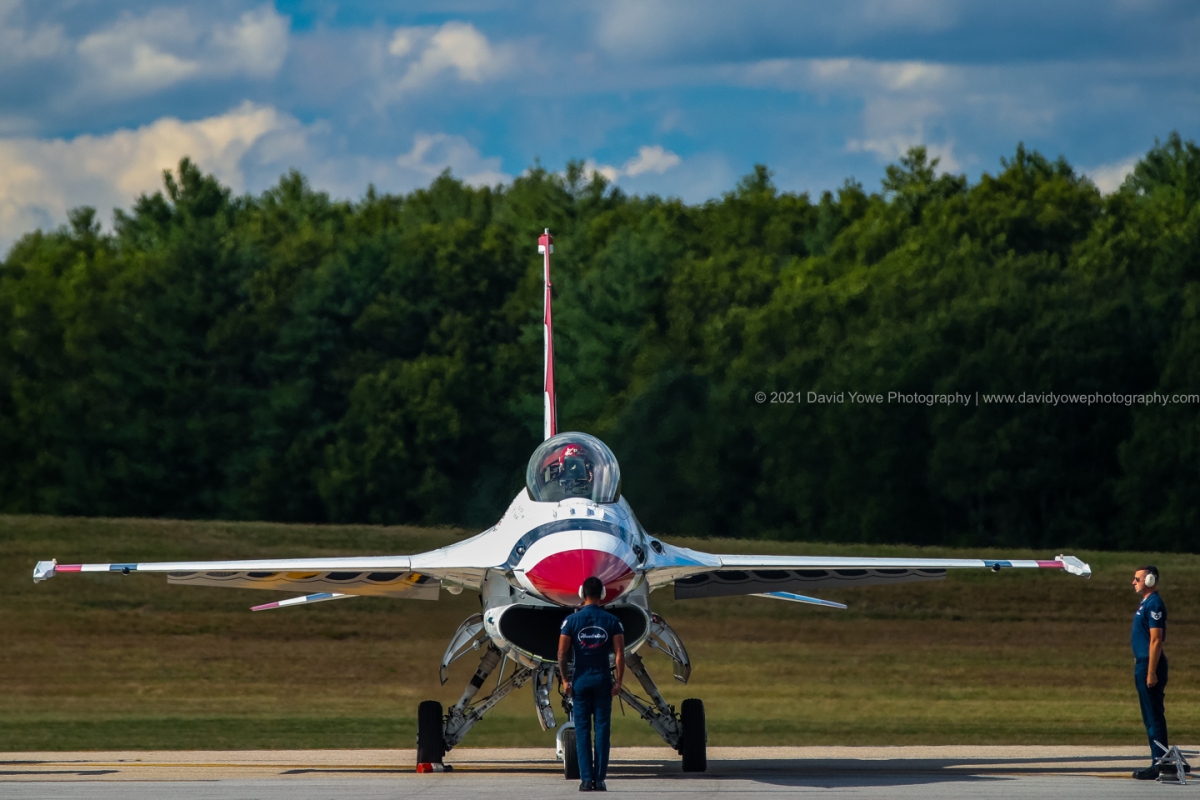 It wouldn’t be long until the USAF Thunderbirds would put on their aerial demonstration, so went down to the end of the tarmac to watch the flight crews and pilots prepare. 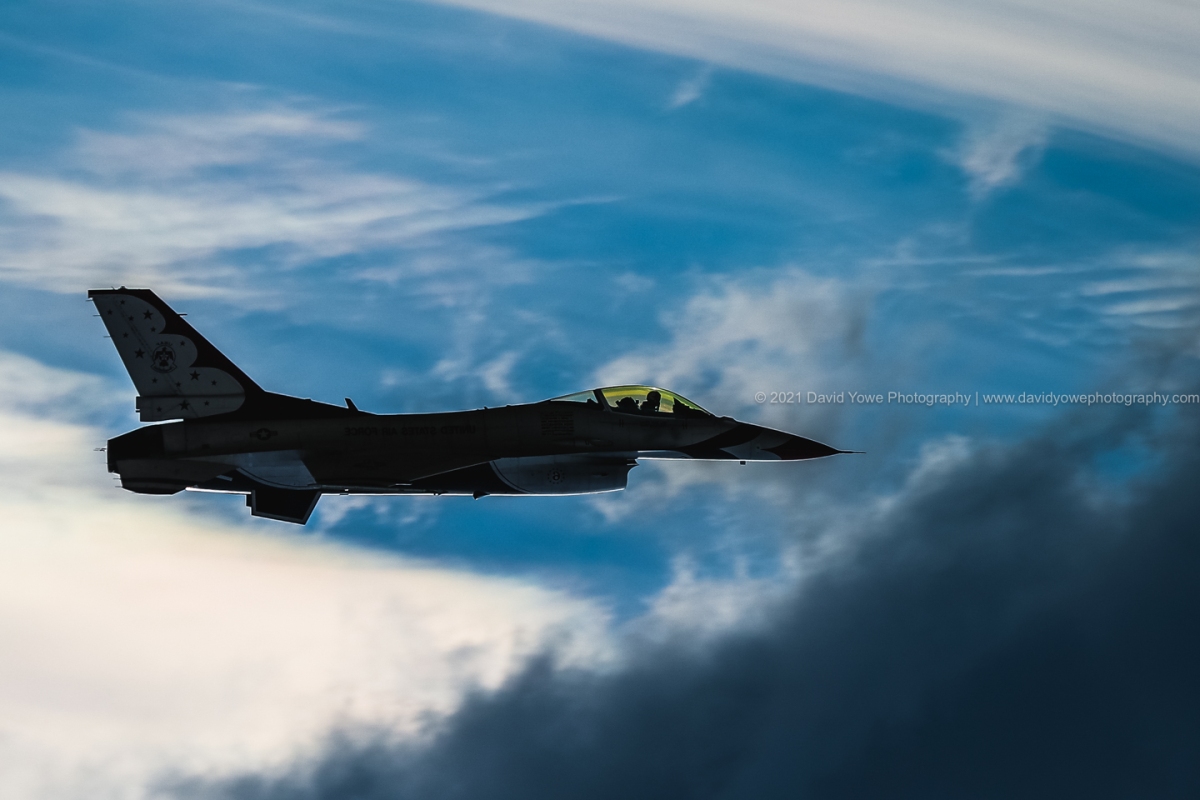 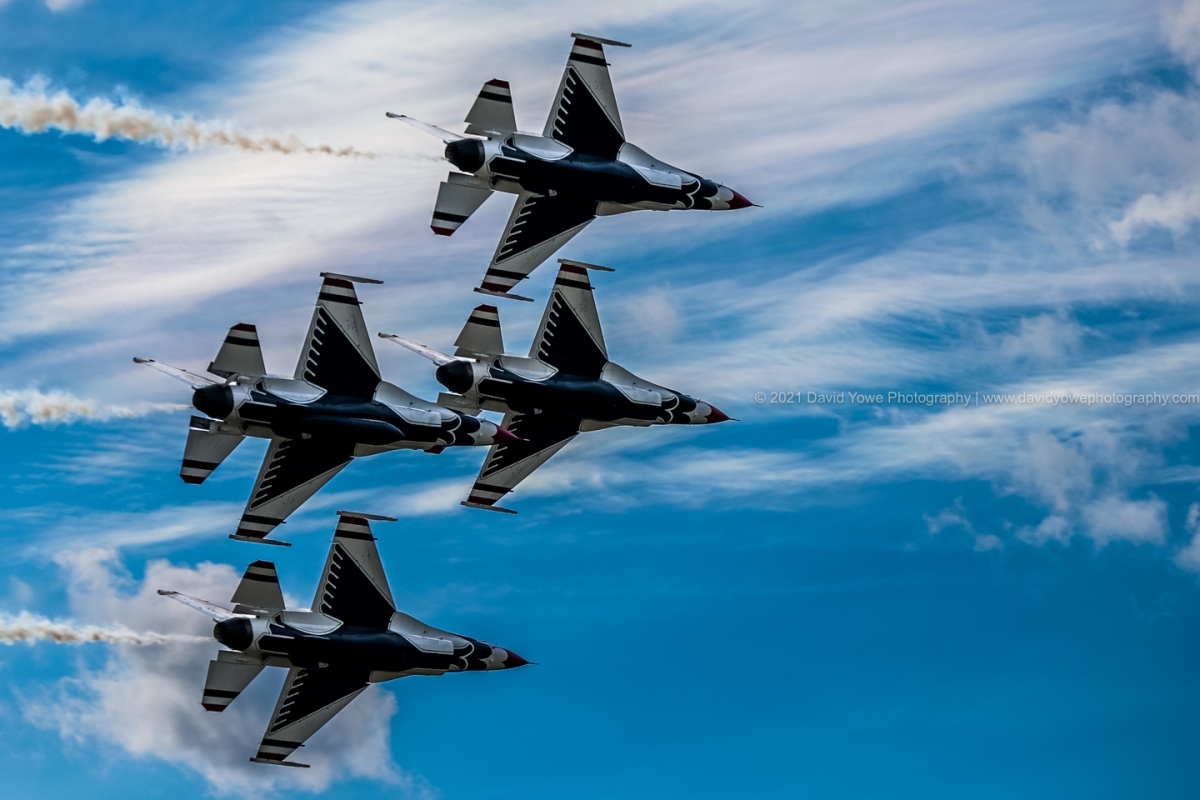 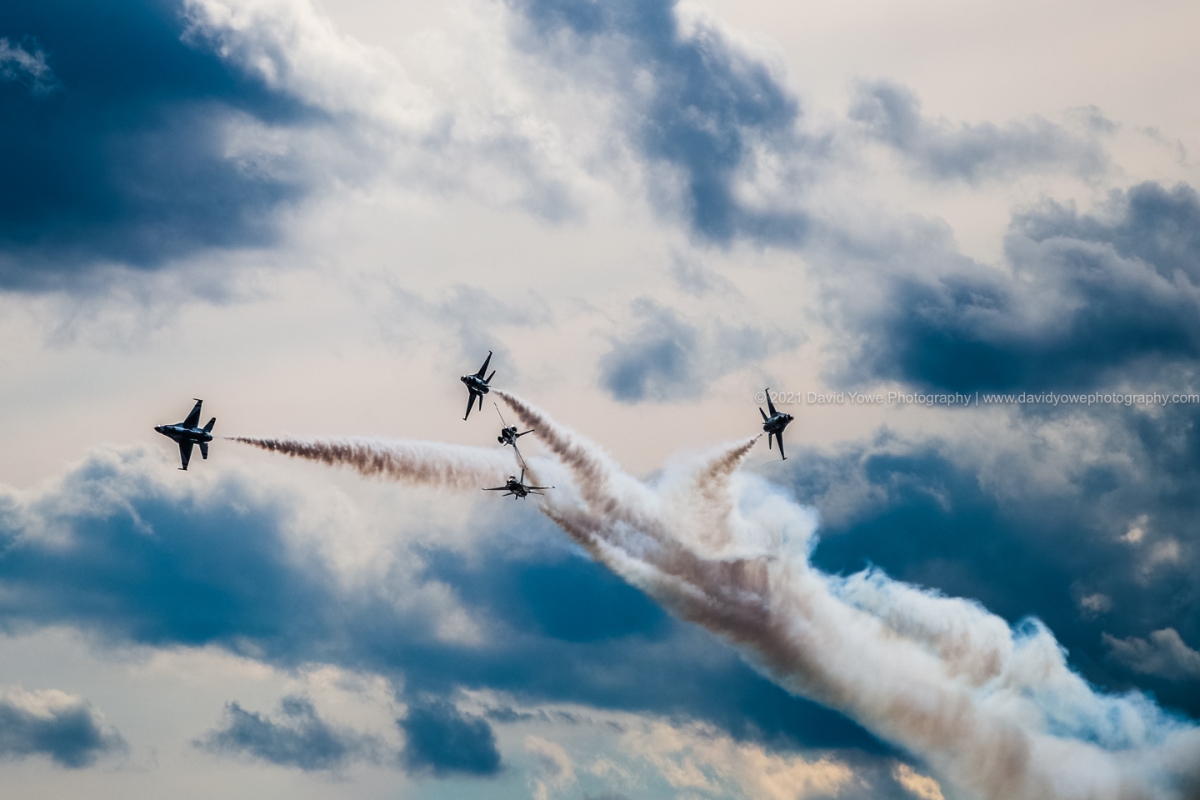 The Thunderbirds put on a brilliant aerial demonstration under the cloudy blue sky.

At the end of the aerial demonstration the Thunderbirds landed back where they began, the pilots and flight crews lined up in front of the planes, then went to the flight line to meet the spectators.

Really enjoyed this airshow, with the wide variety of aircraft from yester-year and present day on static display or in the air. Thanks for spending your time reading this blog. Wish you and your families Happy Holidays and New Year.