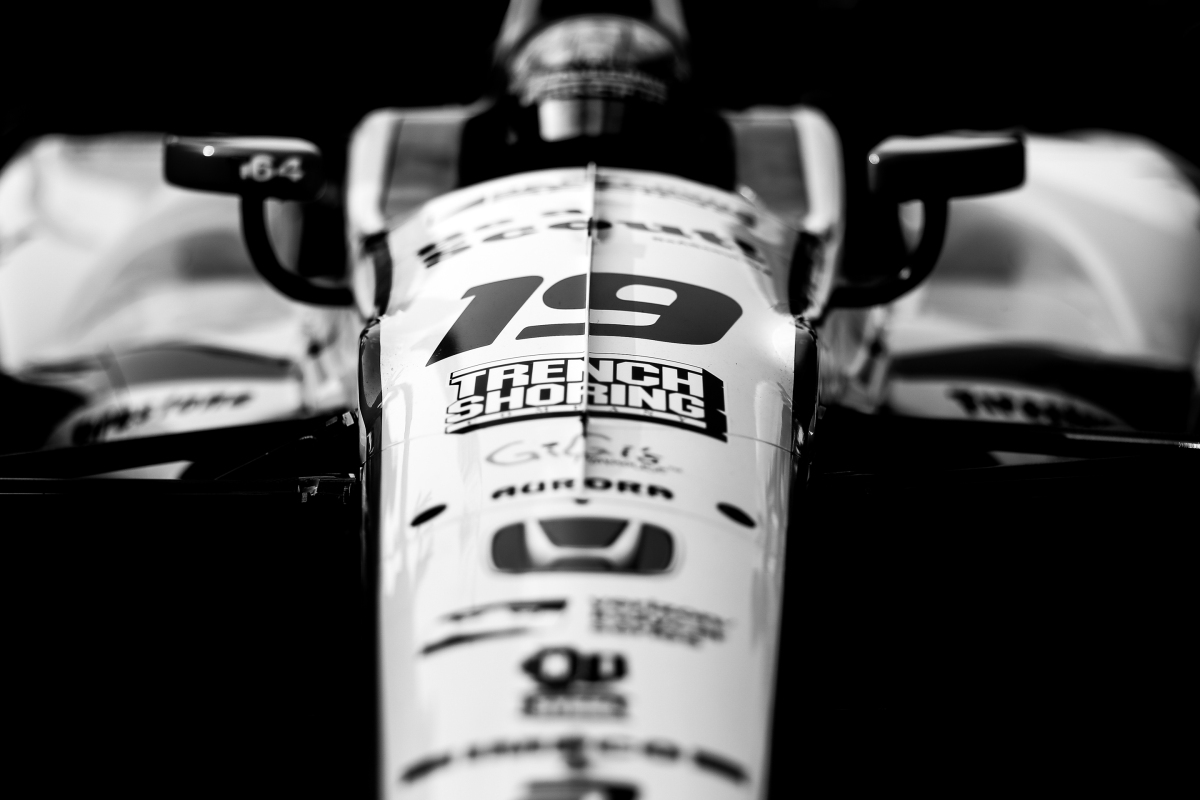 The third blog from the month of May at the Indianapolis Motor Speedway (IMS) is about Qualifications Day. This is the day when the nine drivers with the fastest four-lap qualification attempts are determined, who then take part in the Fast Nine Shootout for pole on Sunday. The other drivers participate on Sunday for qualifying positions 10 to 33. Hope you like the photos. 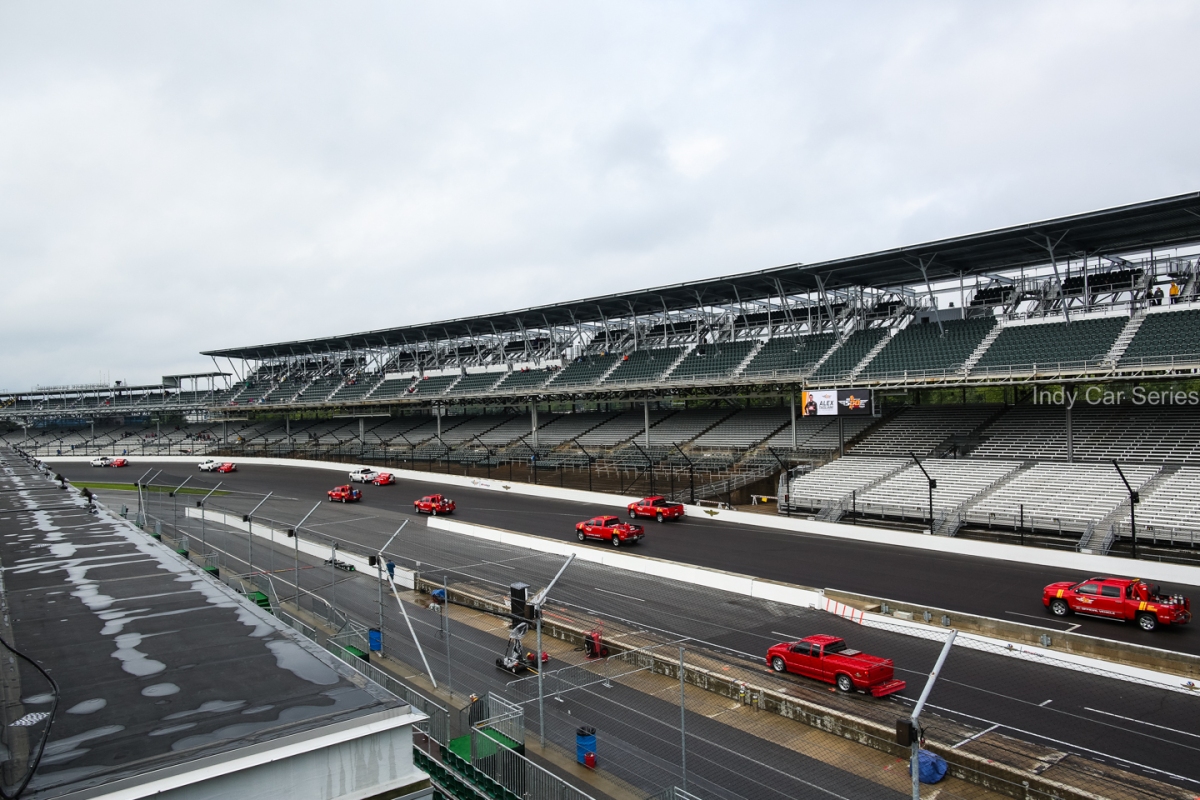 Rain hit the track overnight, so a lot of work was done to dry the track. It turned out that practice and qualifying were delayed due to the time needed to make sure the track was safe for the Indy Cars. Was great that the IMS extended the day to 7 pm. 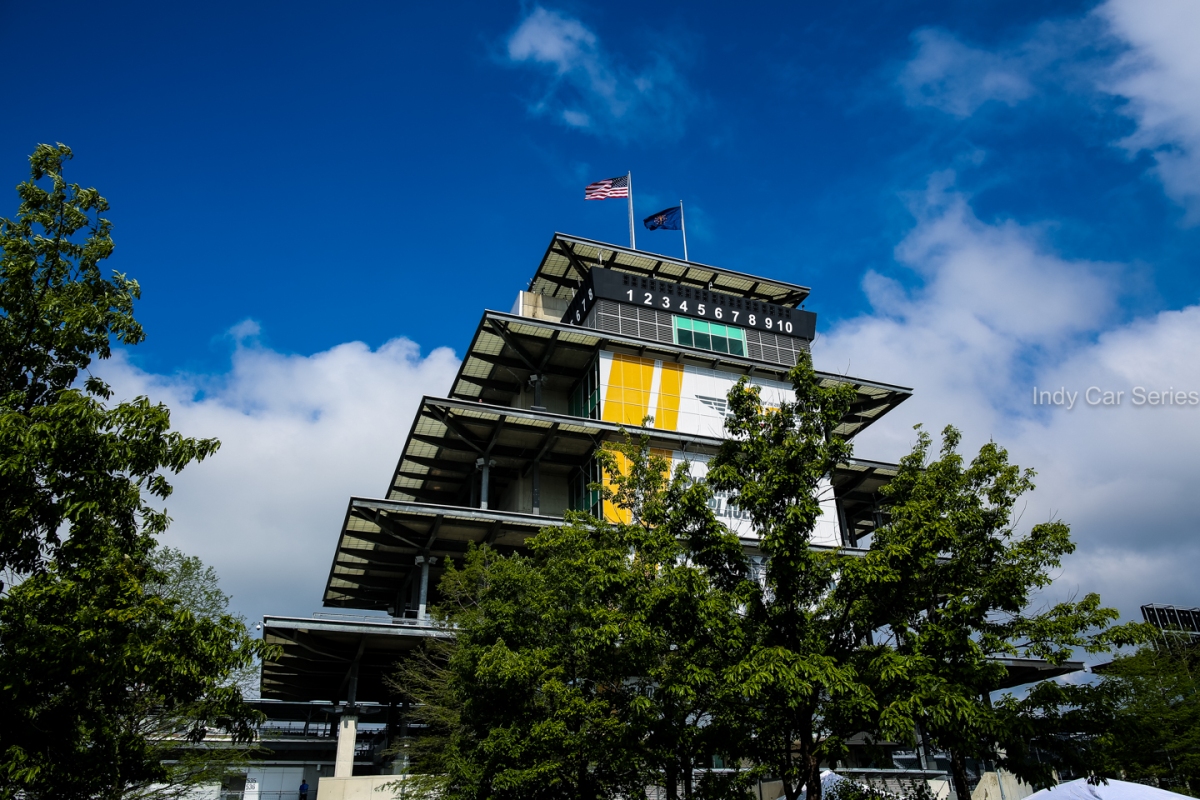 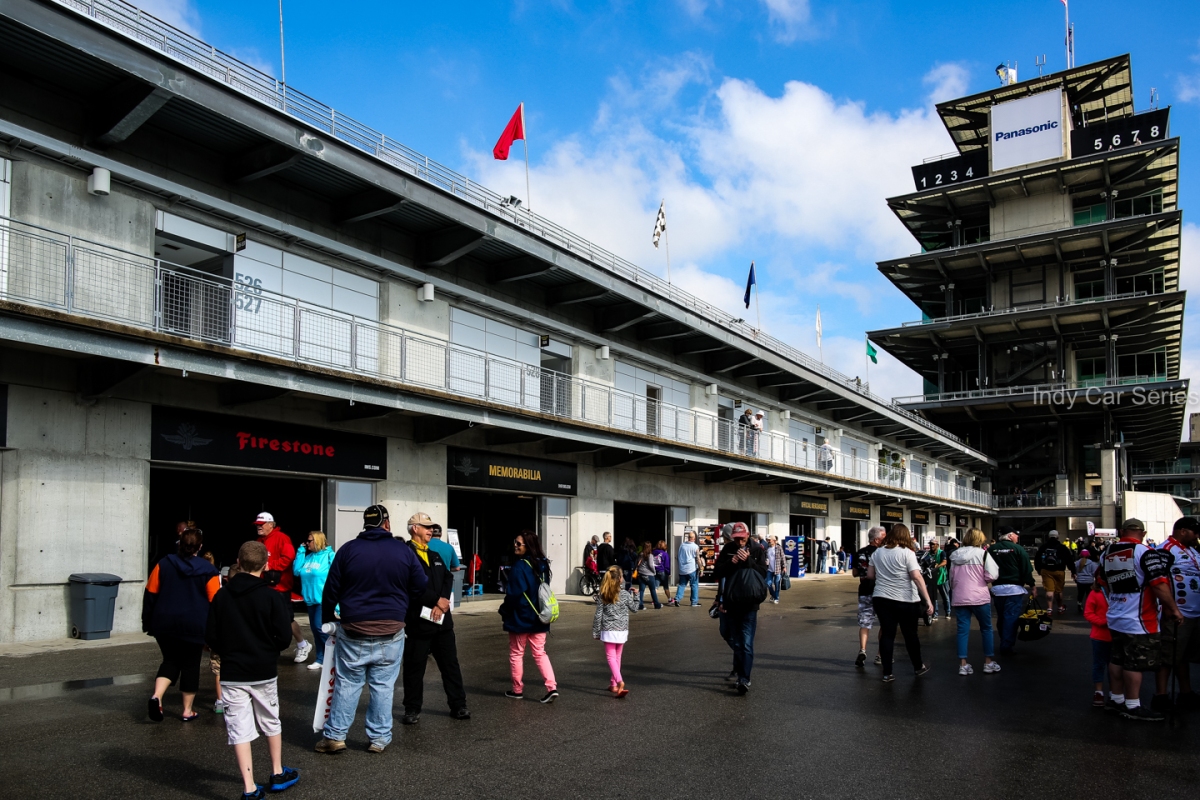 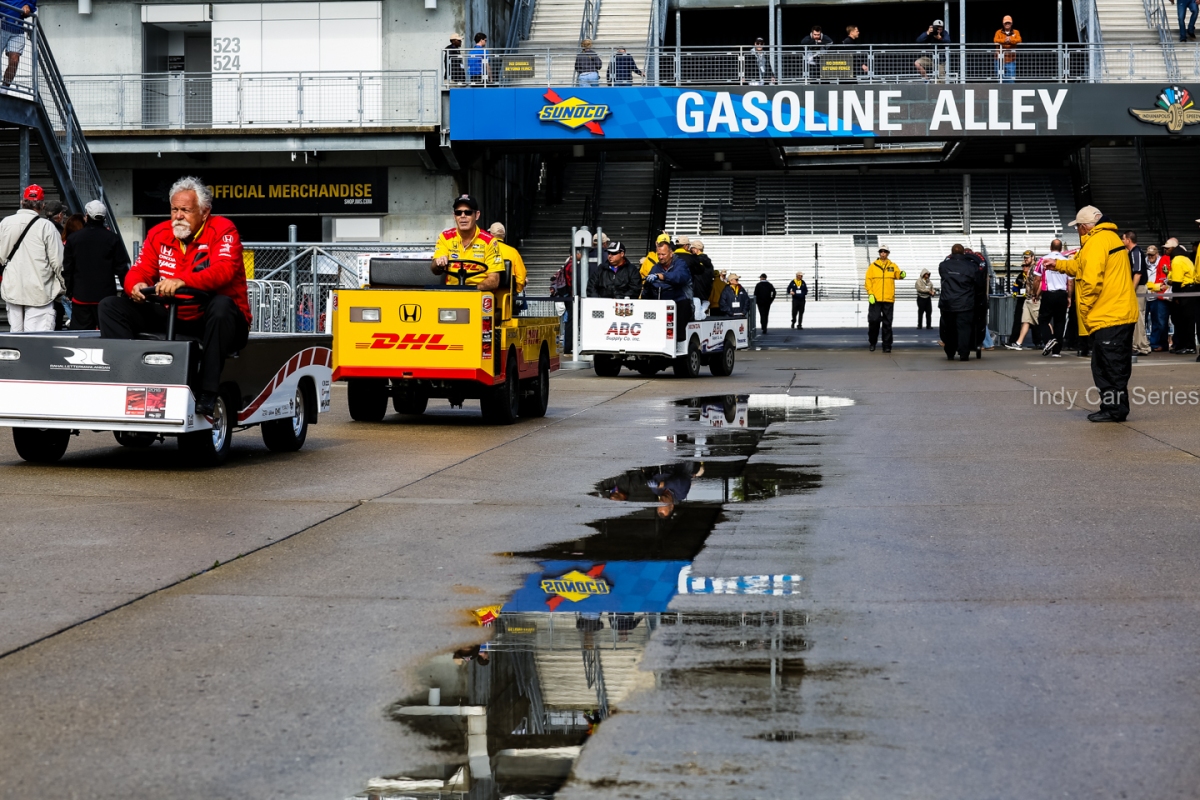 As the morning progressed the sun and blue sky started to appear, the surface started to dry, and the fans began to gather. 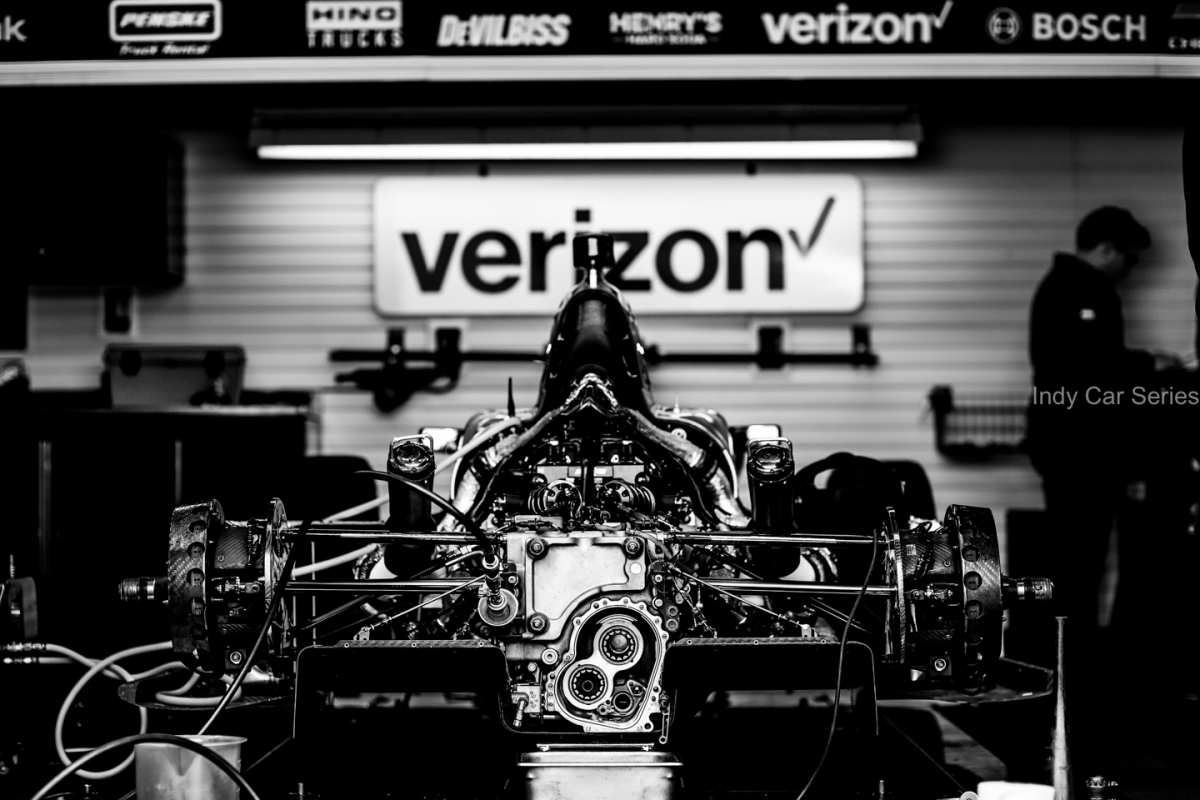 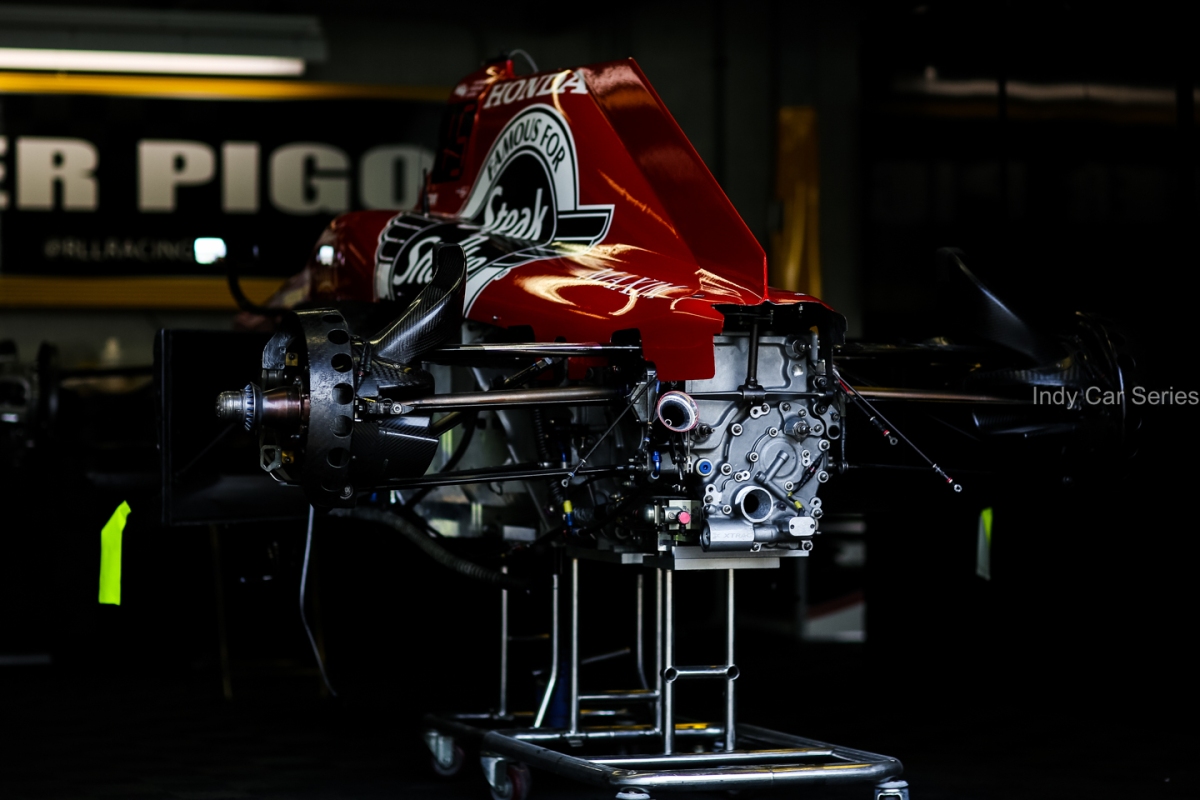 Before the on track activities started I took a walk around the paddock. Was cool to see the cars being worked on and the technology that is usually covered by the body work. 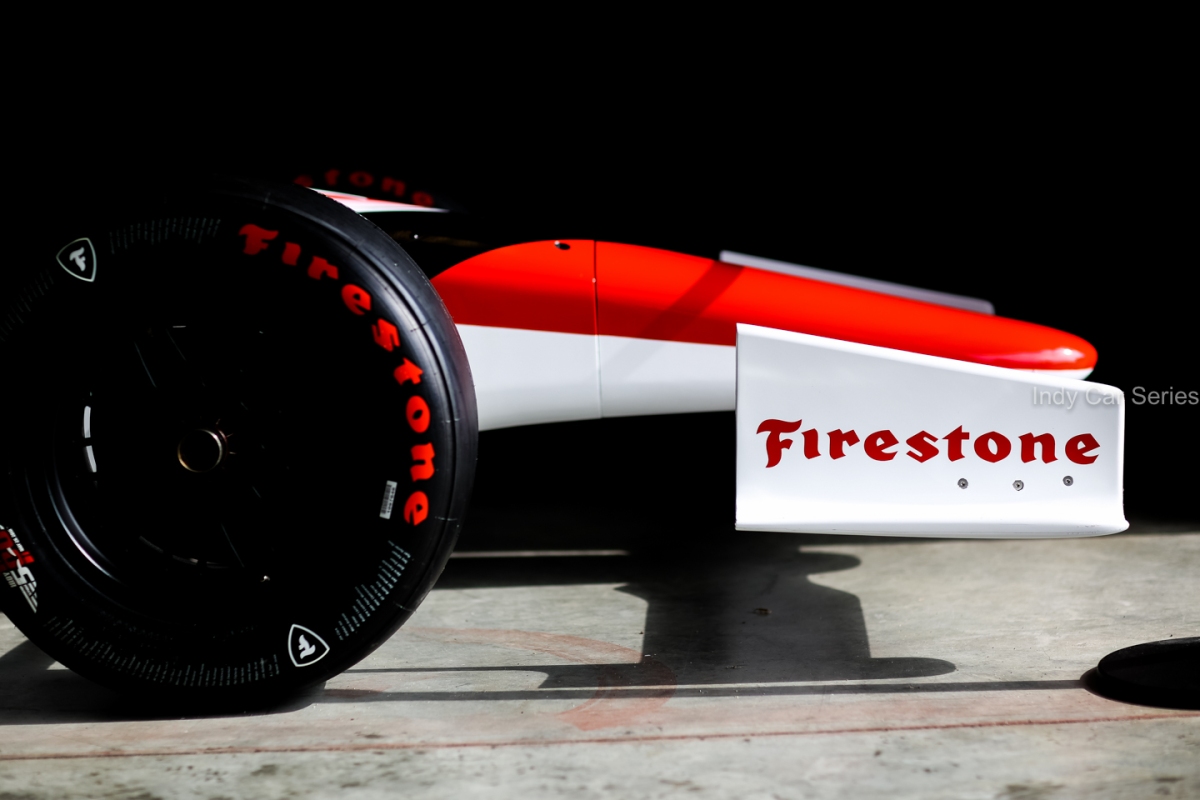 Also went back and checked out the Firestone Indy Car display car. 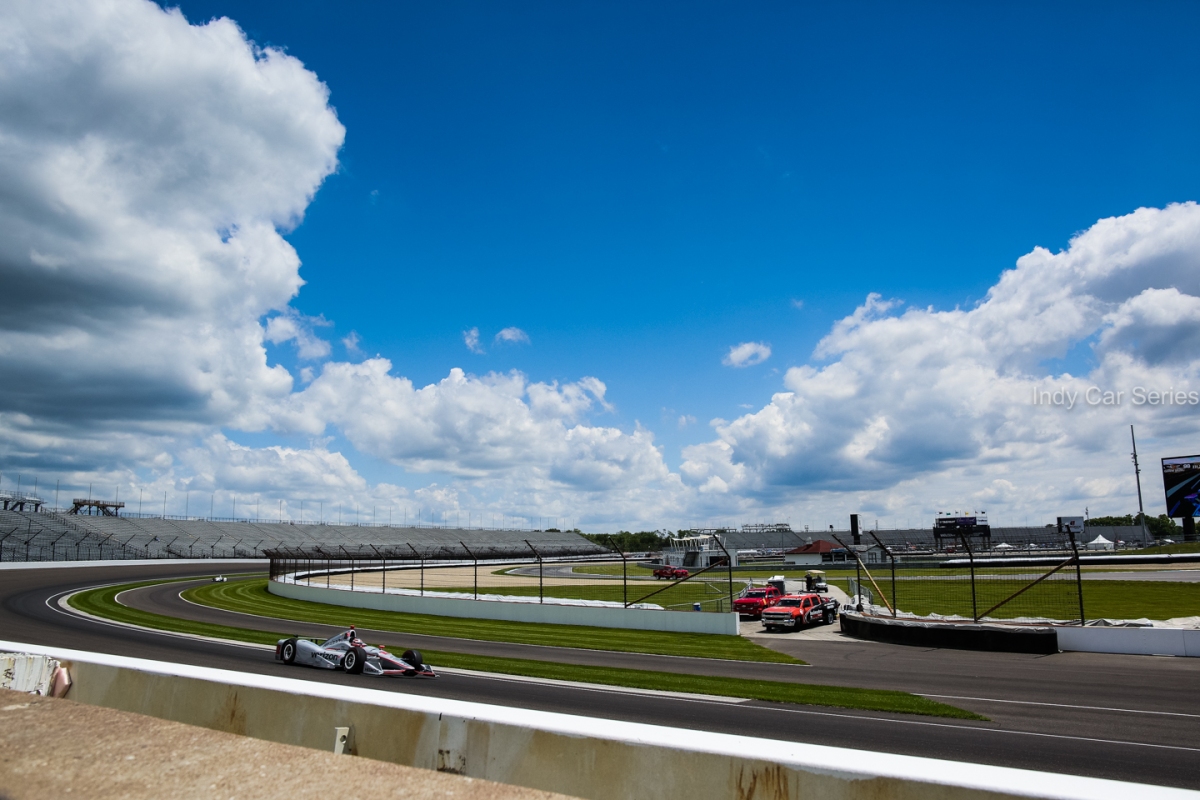 The cars were on track under blue and cloudy skies for the practice session. Will Power in the #12 Team Penske. 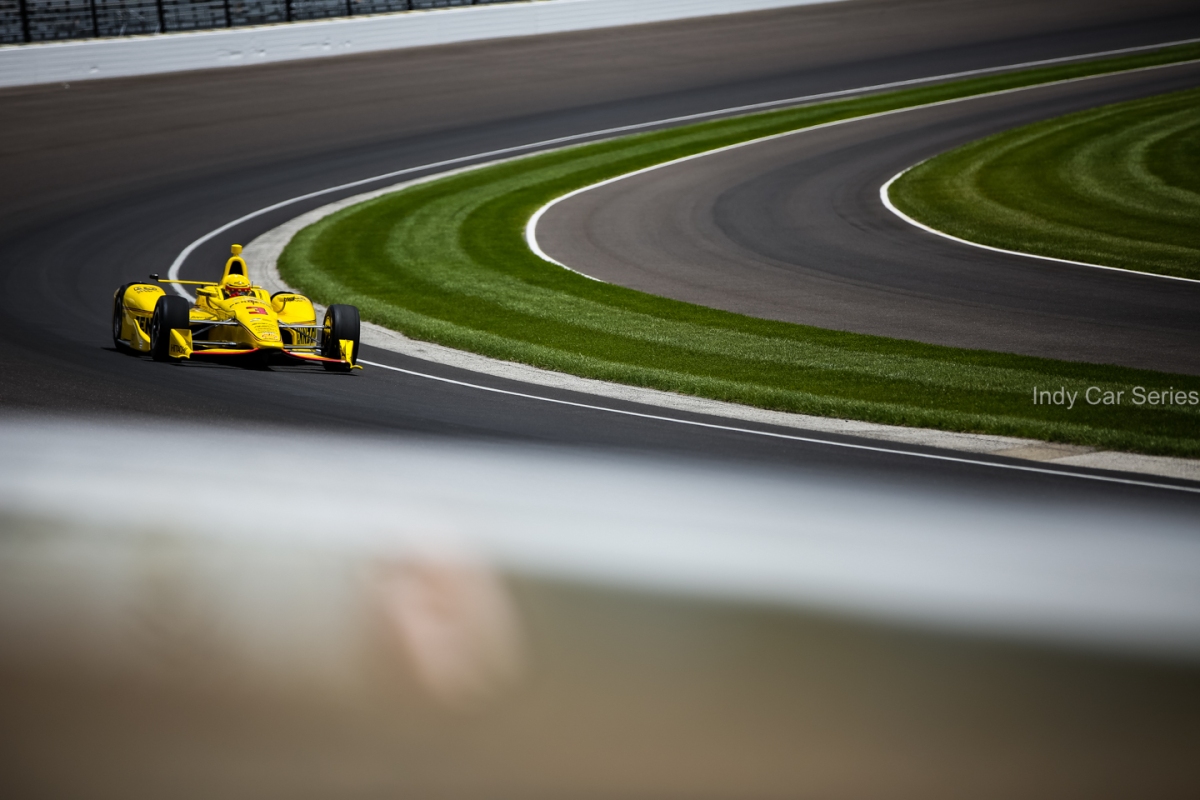 The sunlight really made the yellow livery shine on the #3 Team Penske being driven by Helio Castroneves. 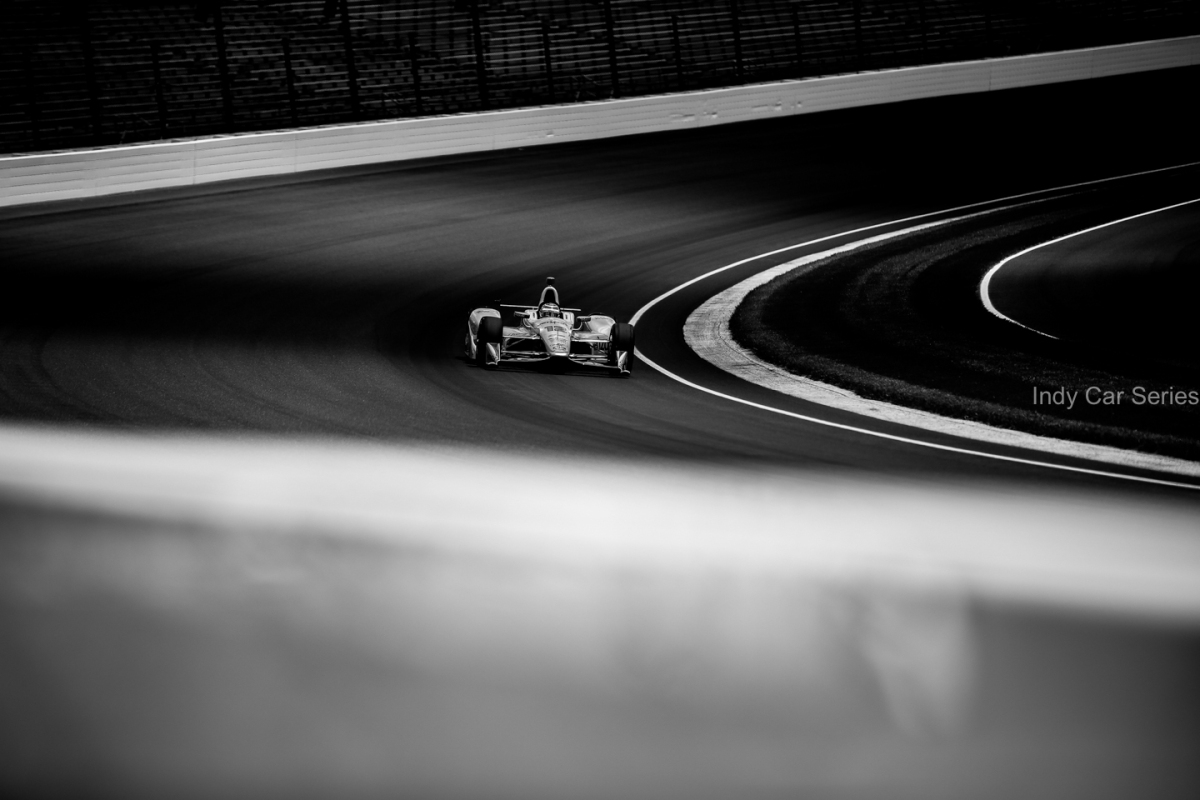 As the session progressed, shadows and light rolled over the track due to the moving clouds in the sky. Will Power in the #12 Team Penske. 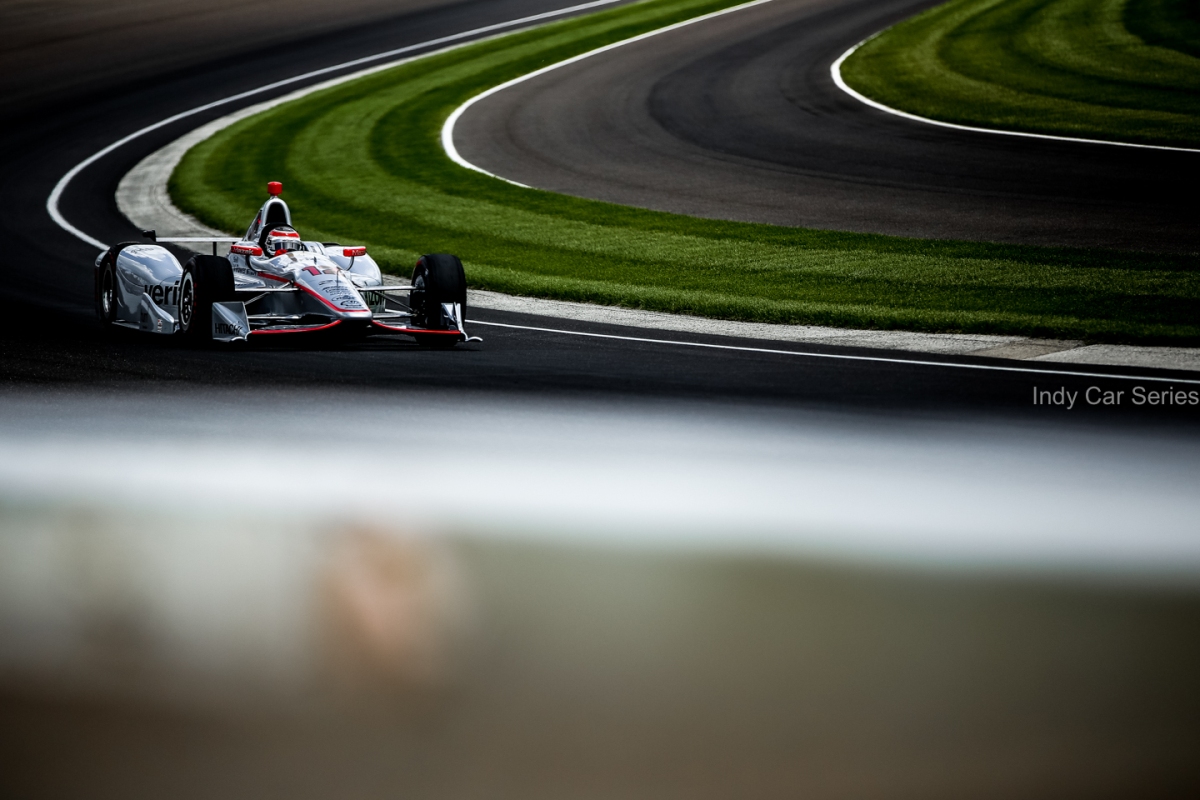 Another shot of Will Power in the #12 Team Penske. 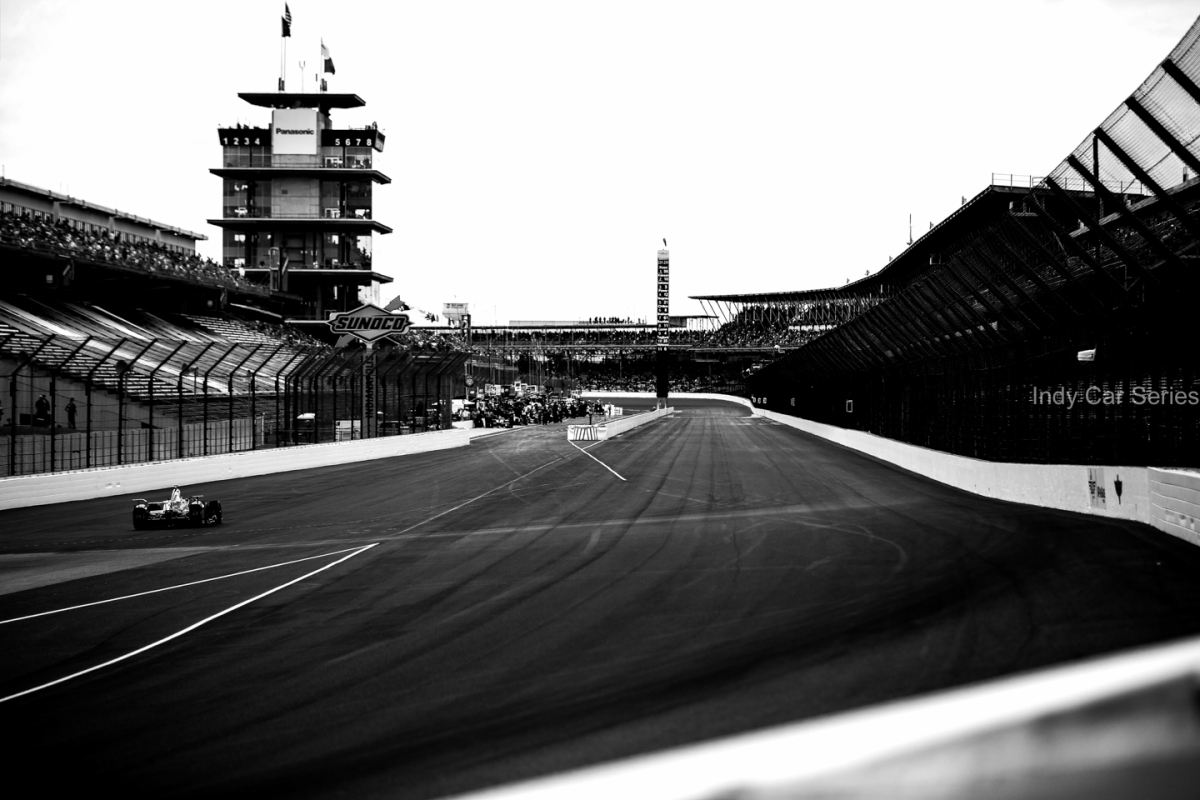 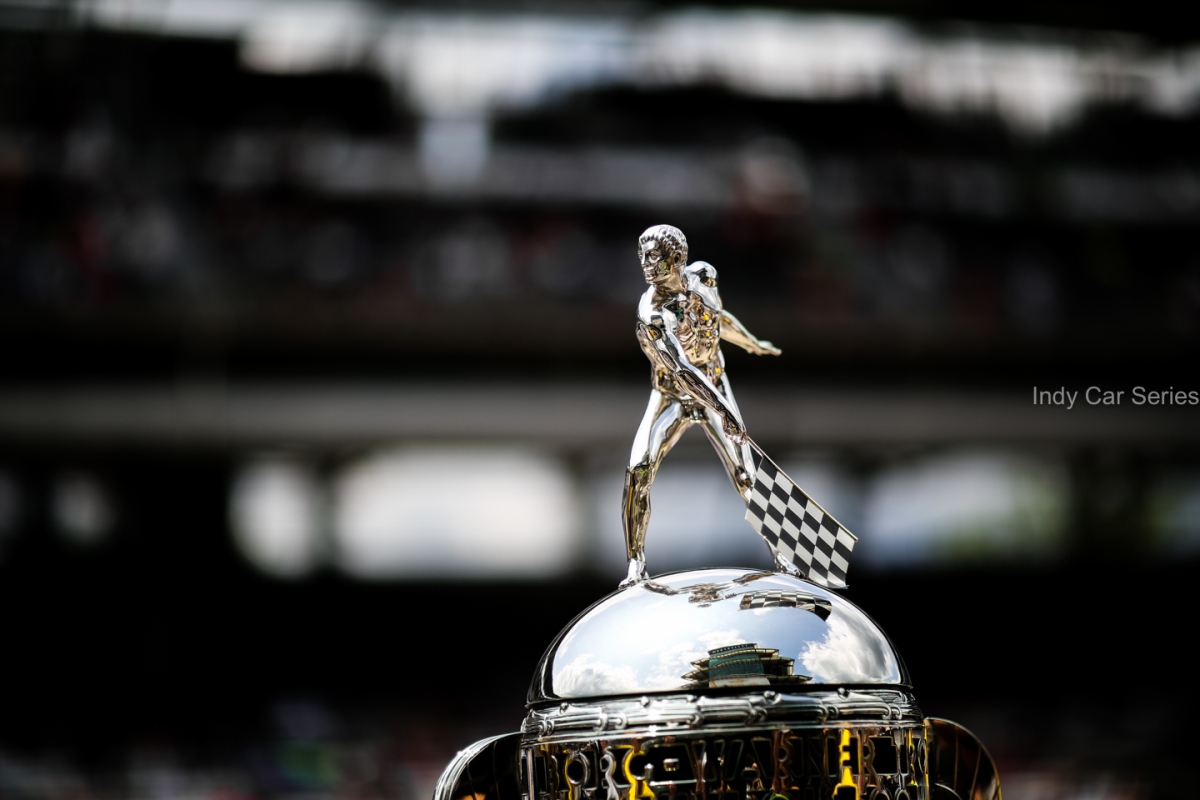 Headed to pit lane for the qualifications session, since this was a great opportunity to get close to the drivers and cars as they lined up in the pit lane before heading onto the track. This was the first time I had seen the Borg-Warner Trophy in person, which is the trophy presented to the winner of the Indy 500. 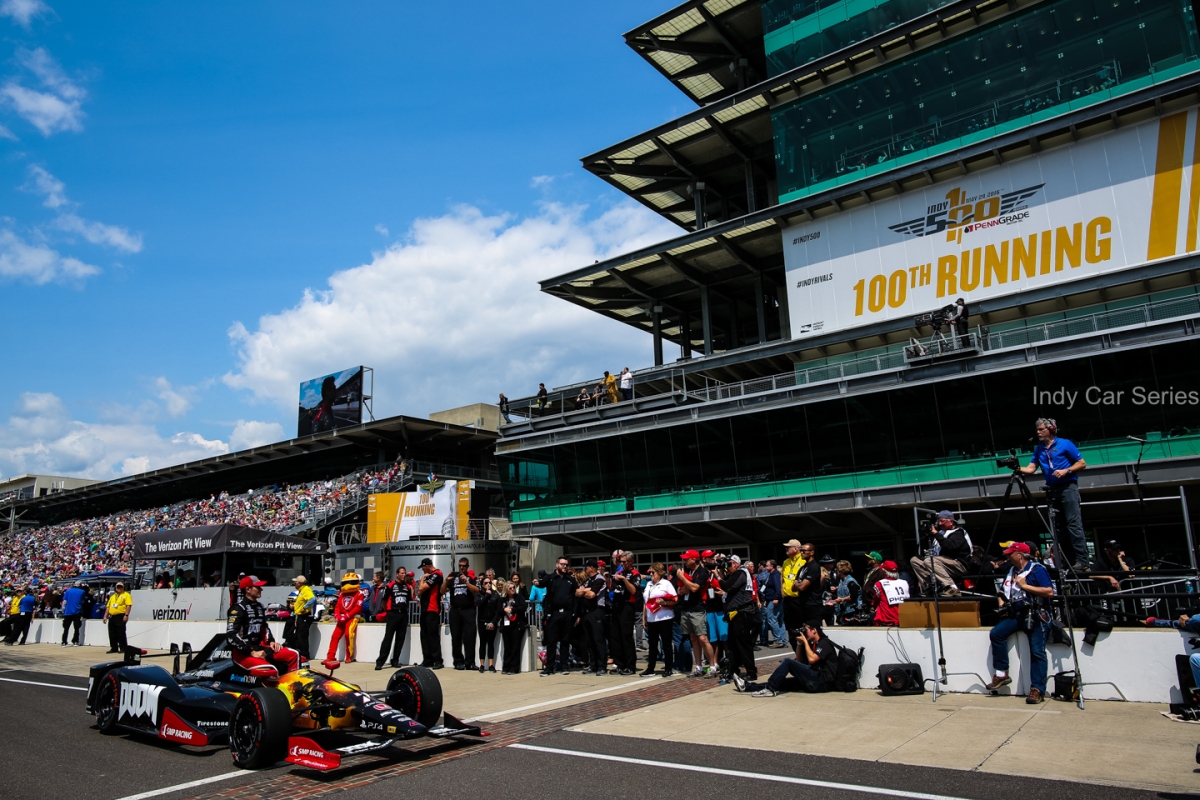 What was really unique about the qualifications session was that after each car did a qualifying lap; the car with driver, then team; would be photographed in front of the Pagoda. This was really cool. Here’s Mikhail Aleshin in the #7 Schmidt Peterson With Palfrey Racing. BTW, really liked the DOOM livery on the car. 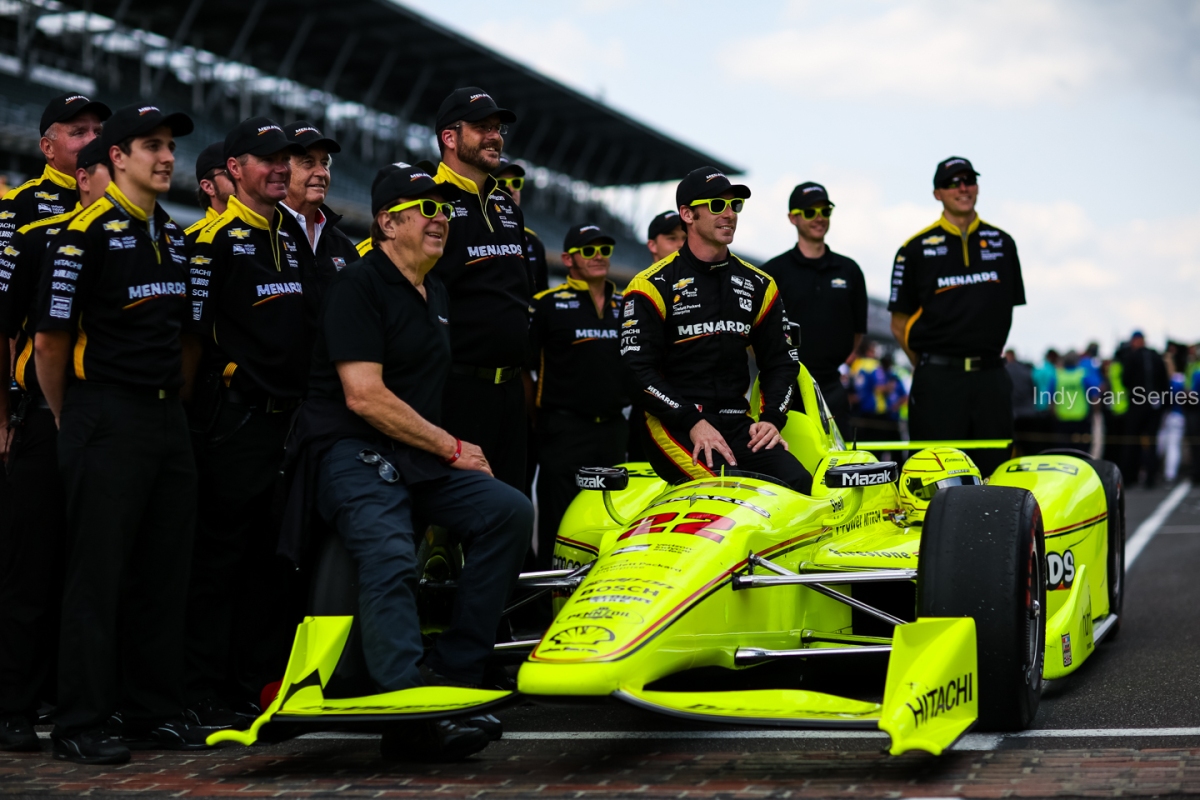 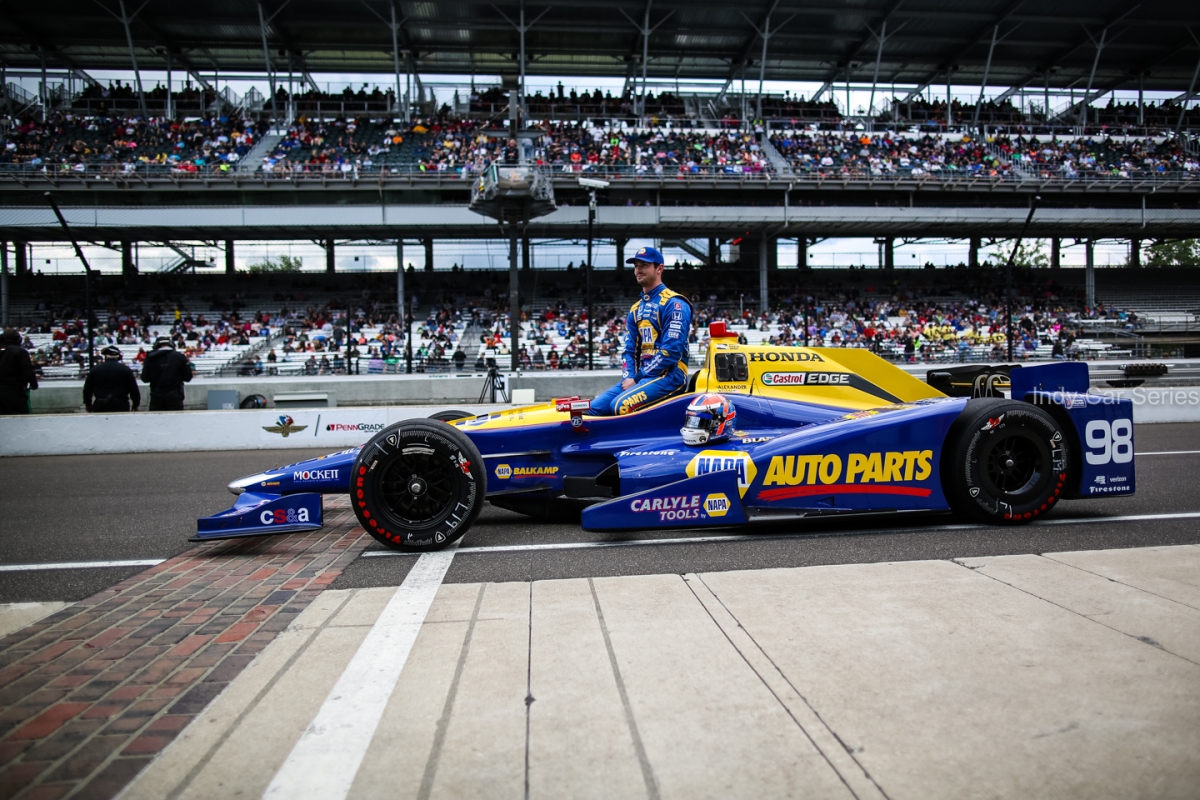 Alexander Rossi on the #98 Andretti Herta Autosport with Curb-Agajanian. 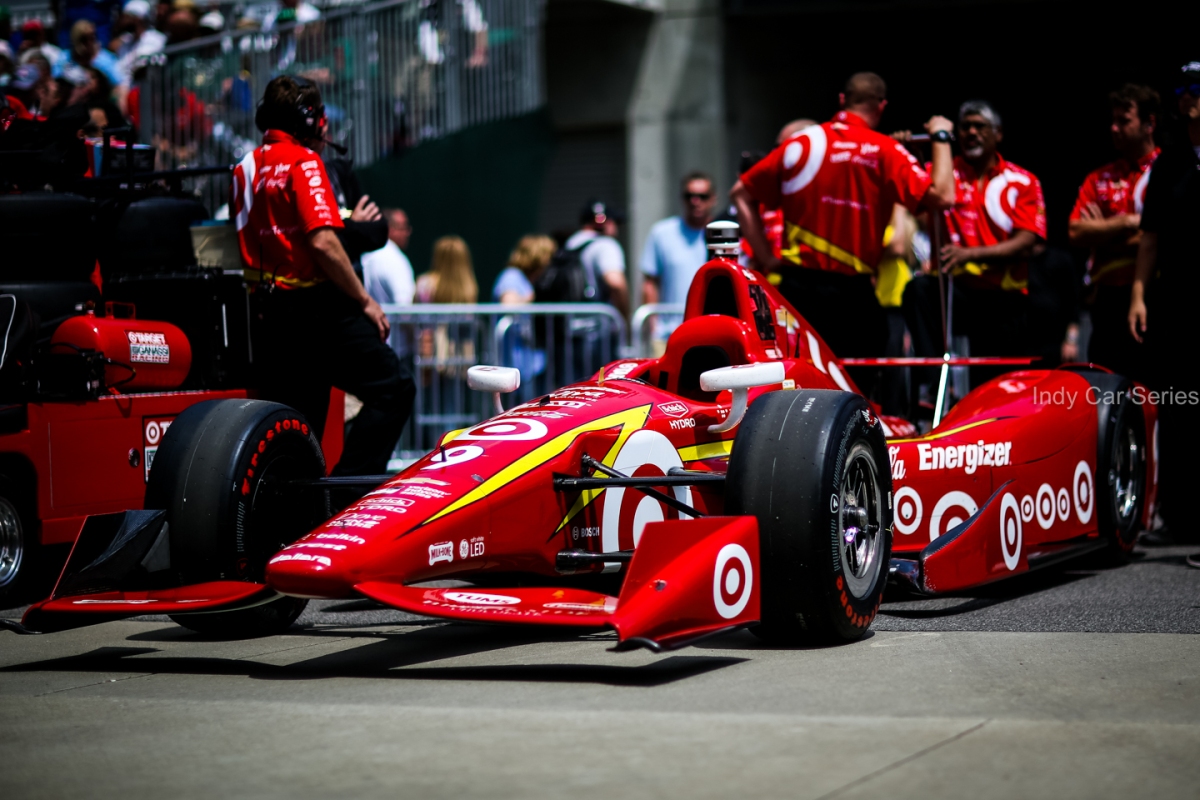 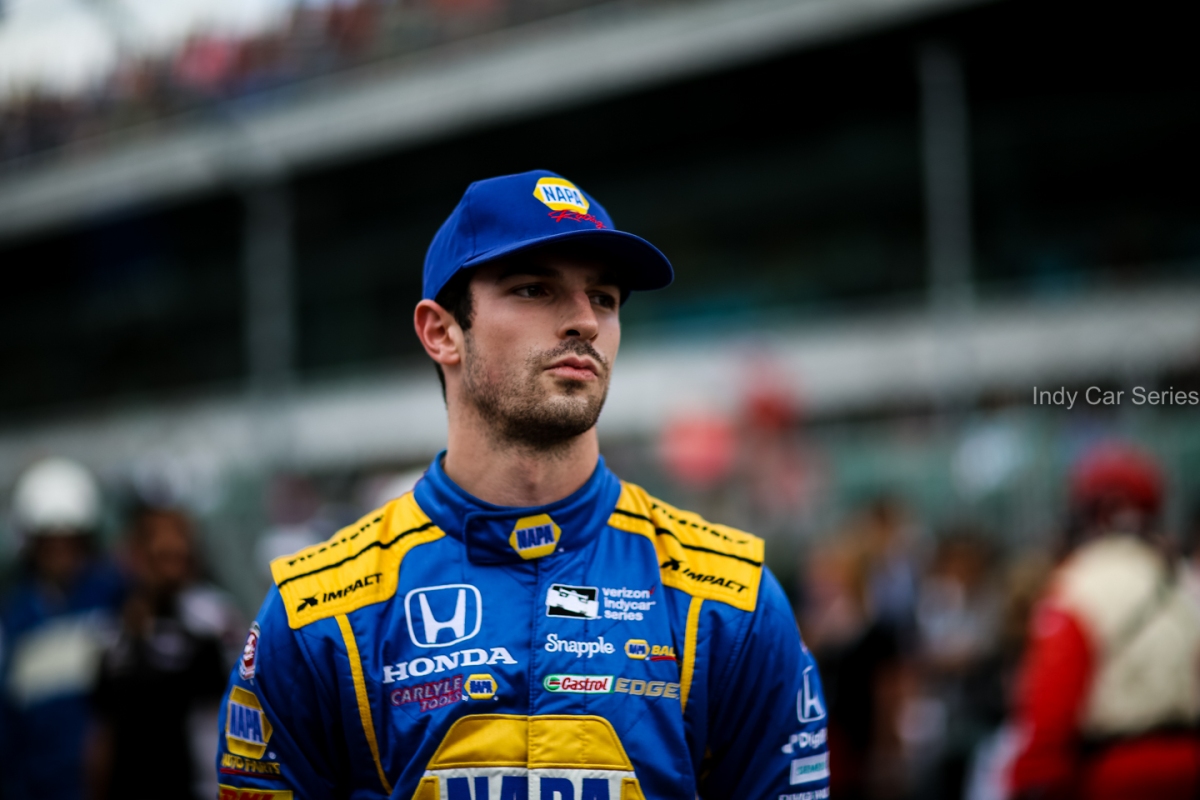 Alexander Rossi driver of the #98 Andretti Herta Autosport with Curb-Agajanian. 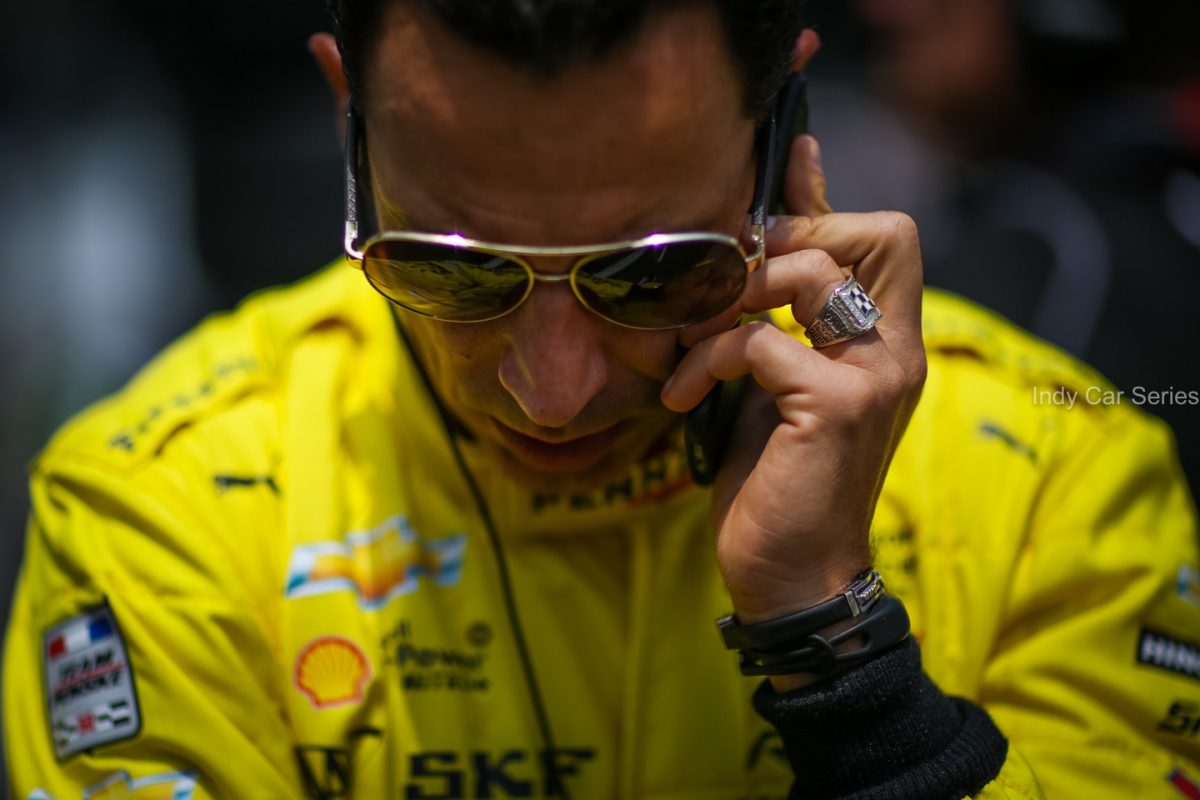 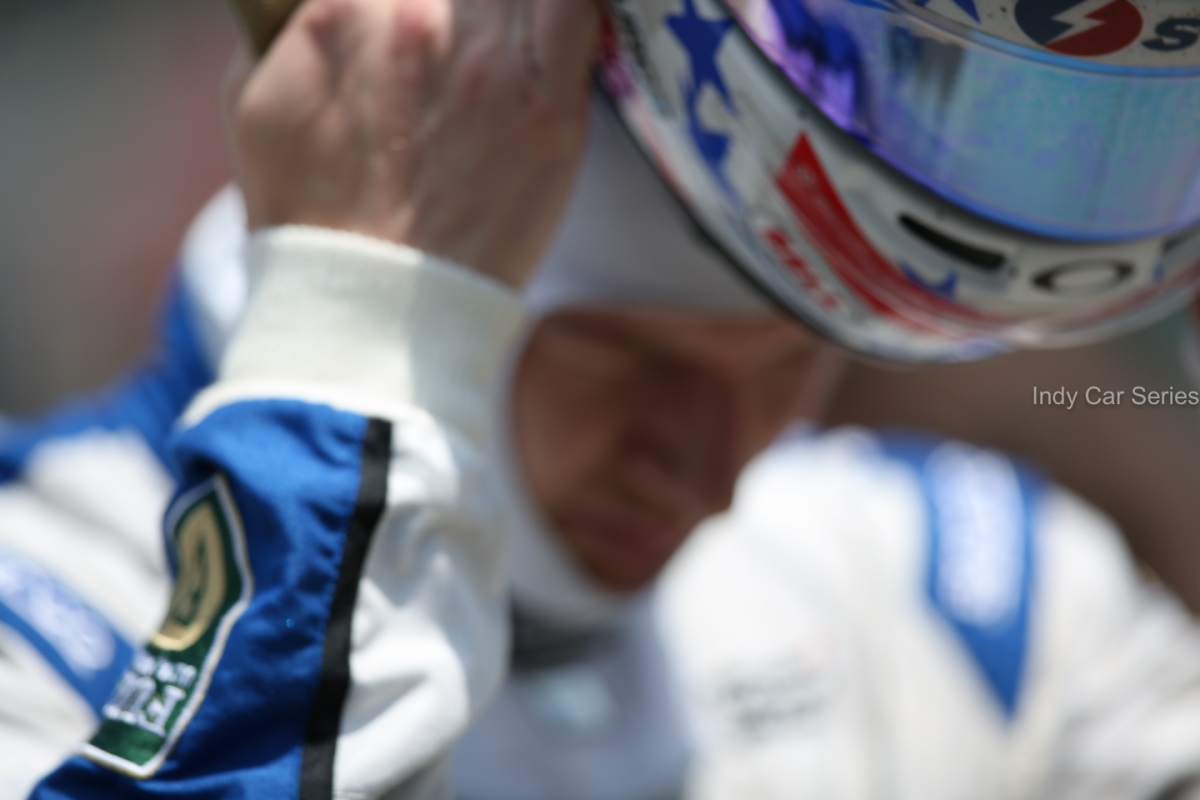 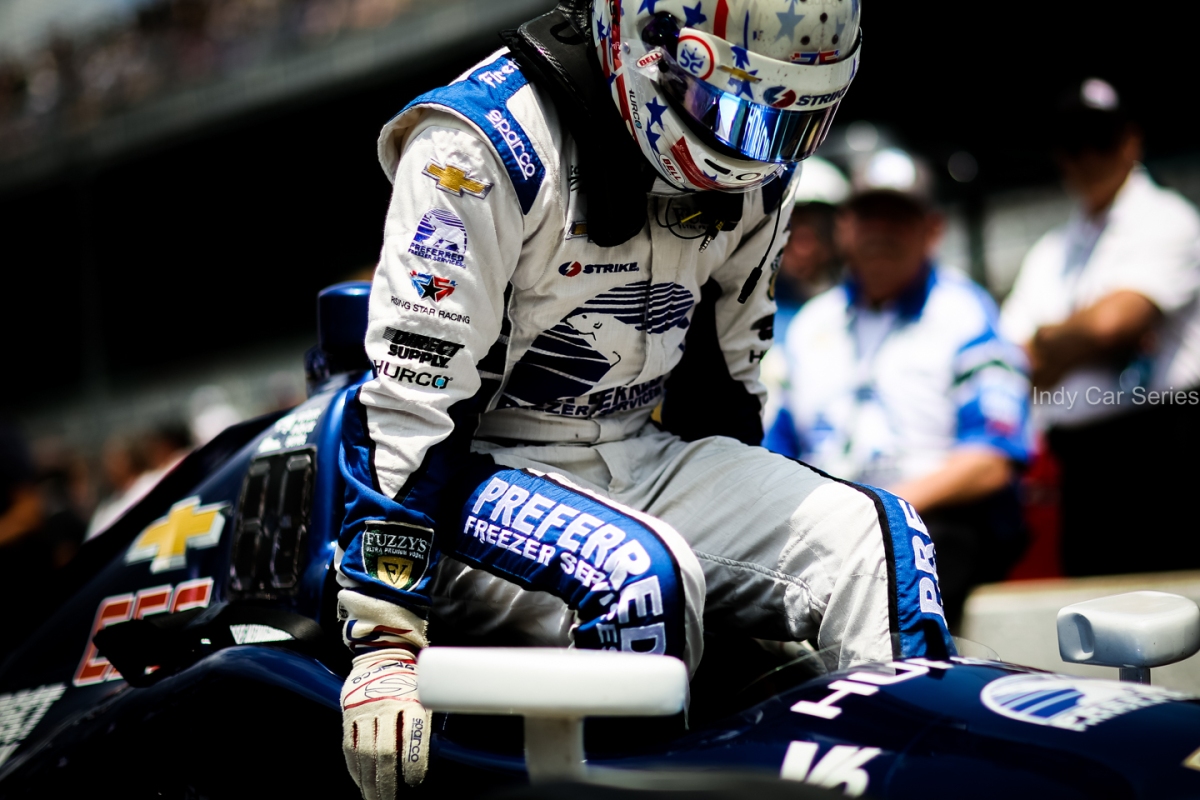 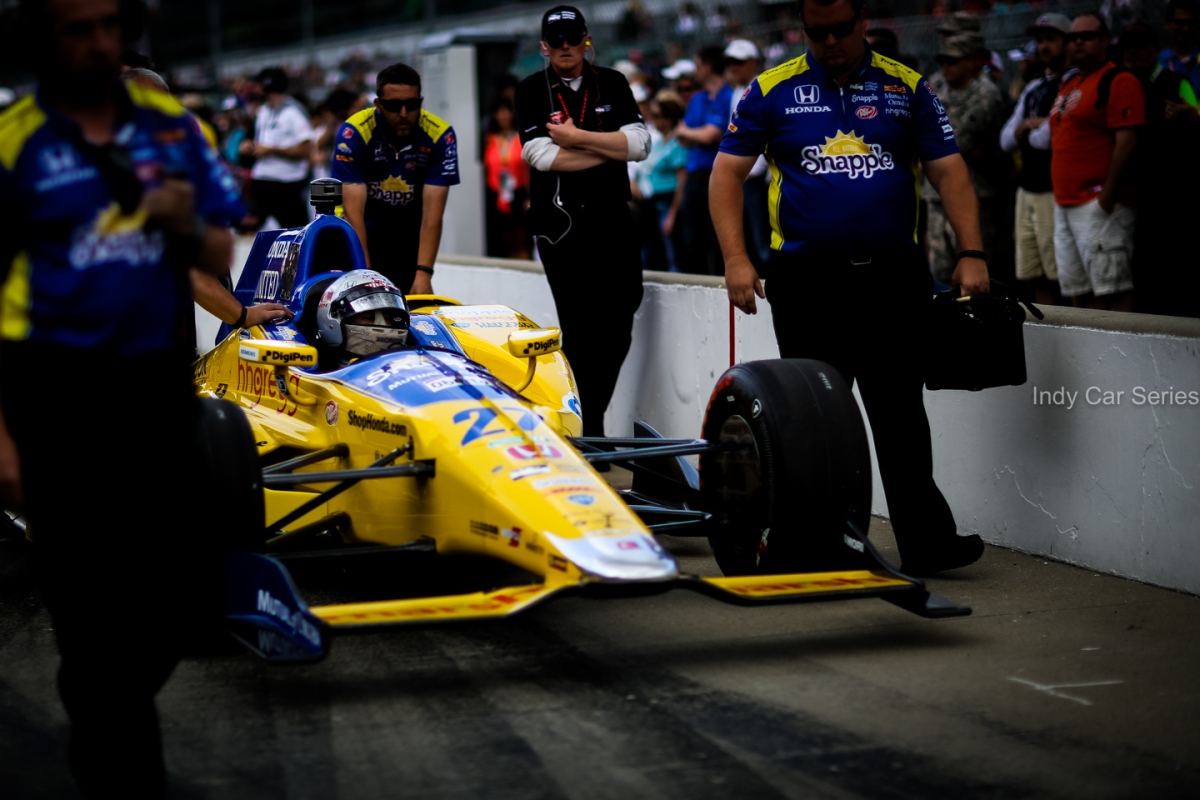 Marco Andretti in the #27 Andretti Autosport being pushed into position for qualifying. 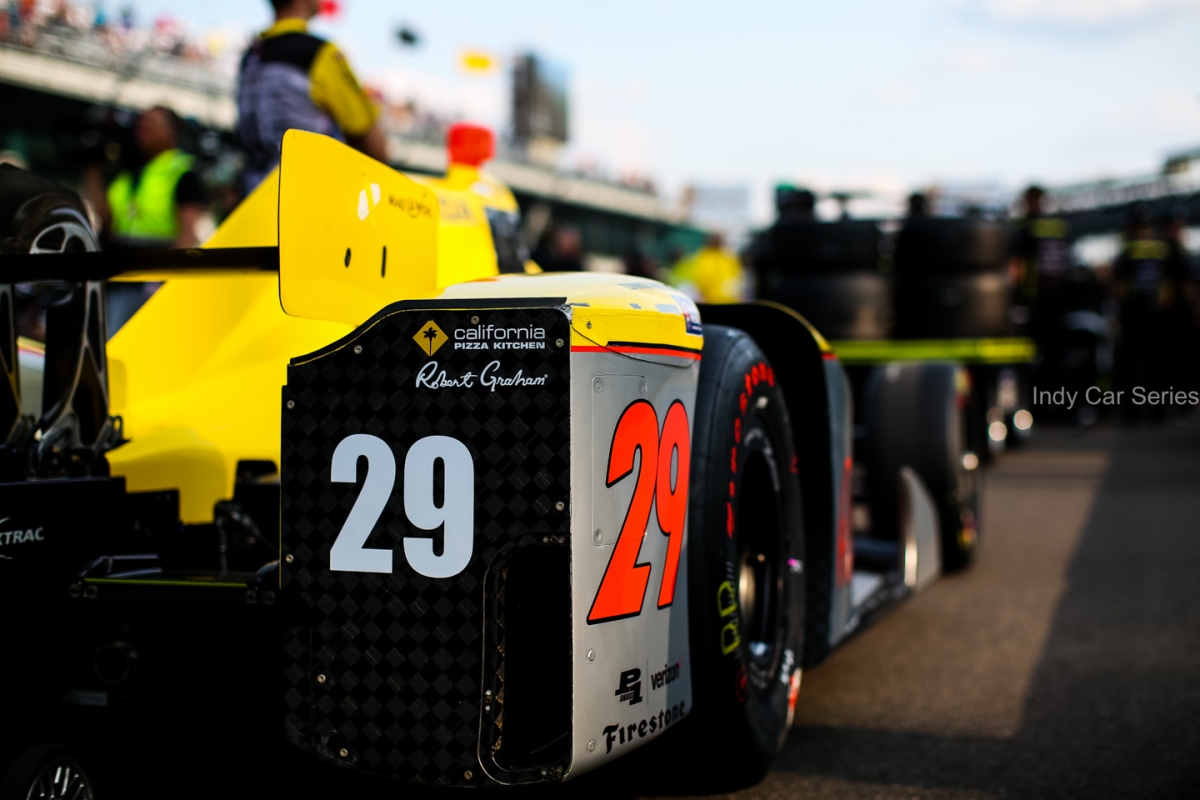 Townsend Bell in the #29 Andretti Autosport. 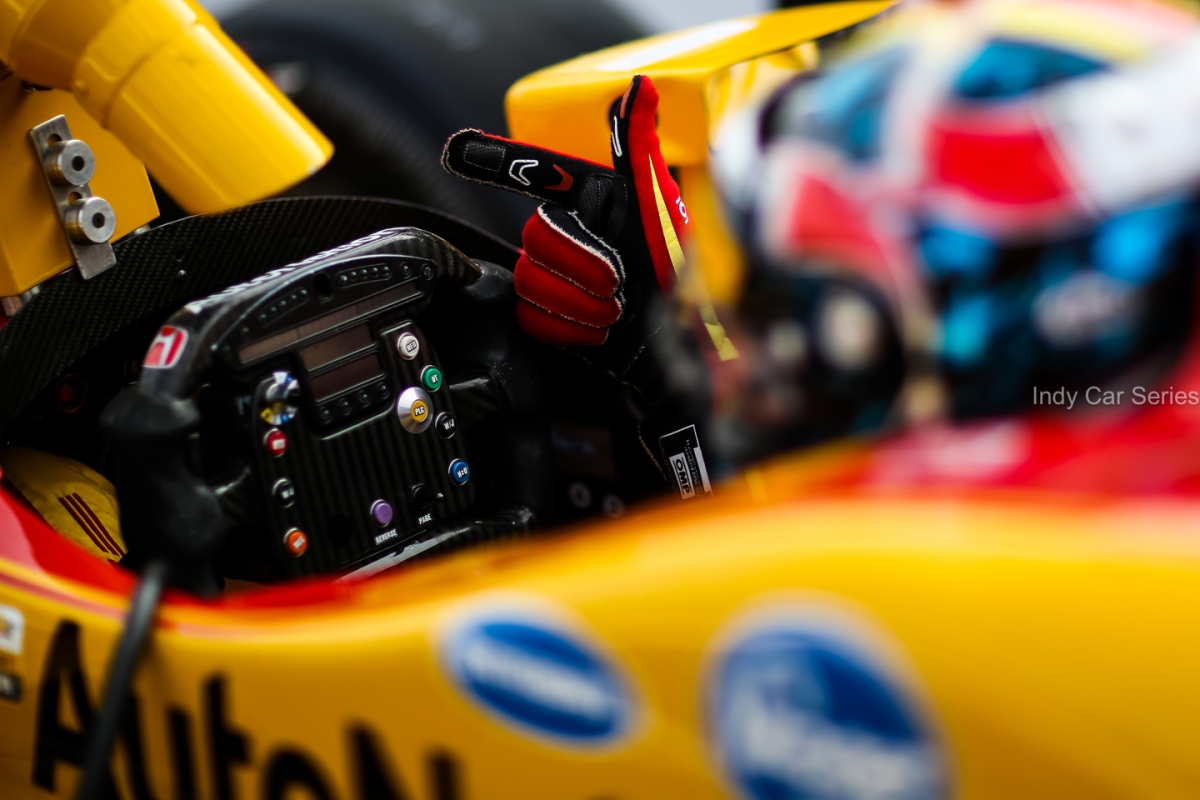 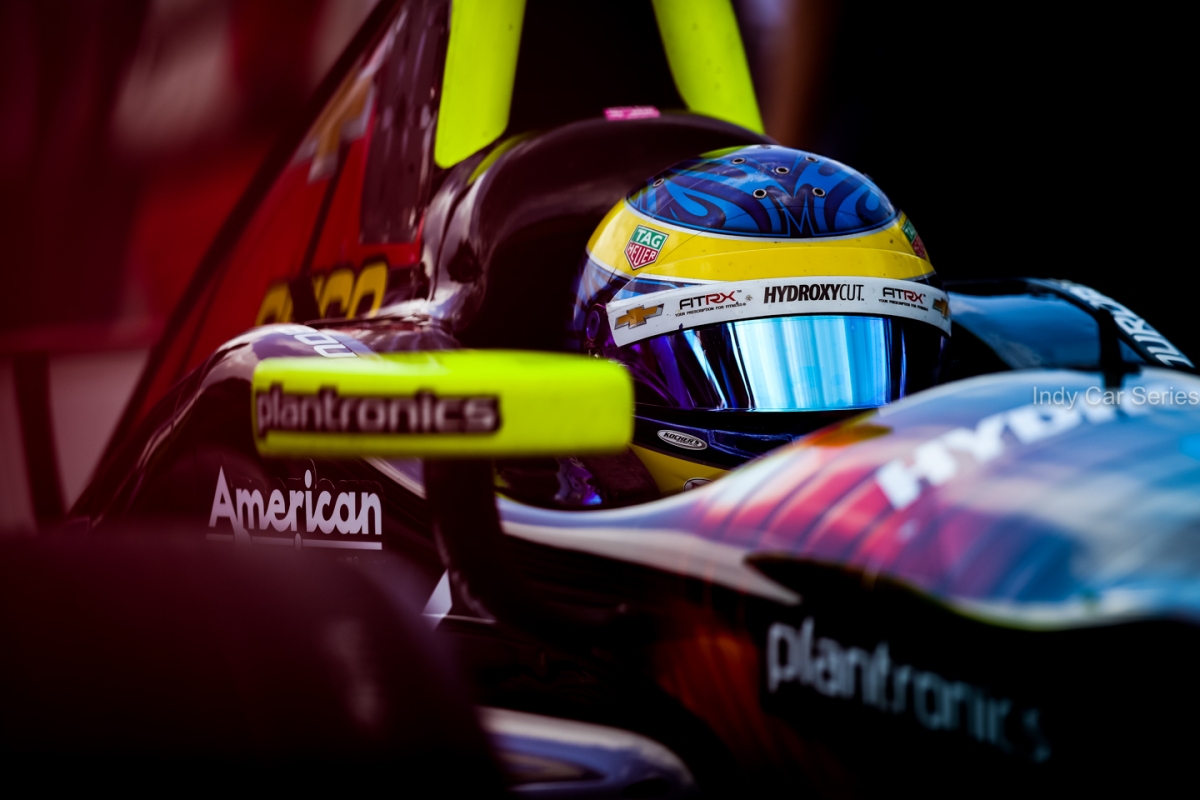 Ready to hit the track with Sebastien Bourdain in the #11 KVSH Racing. 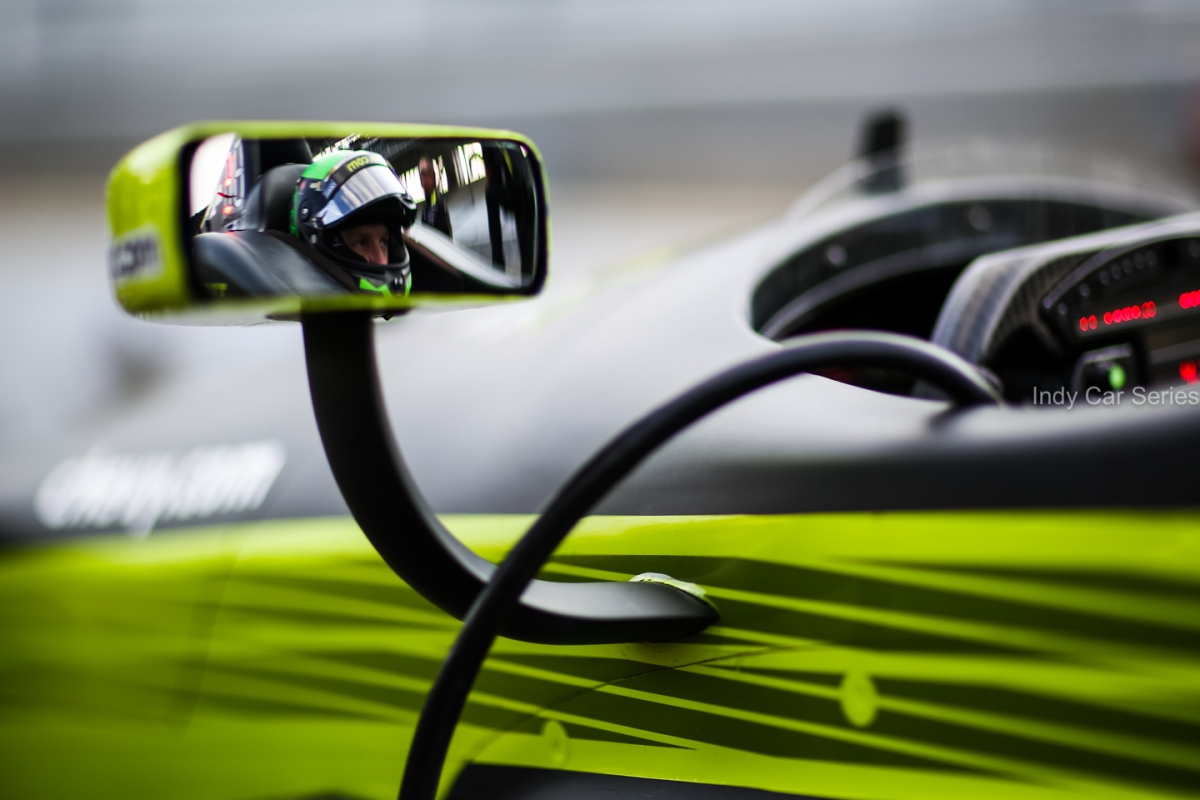 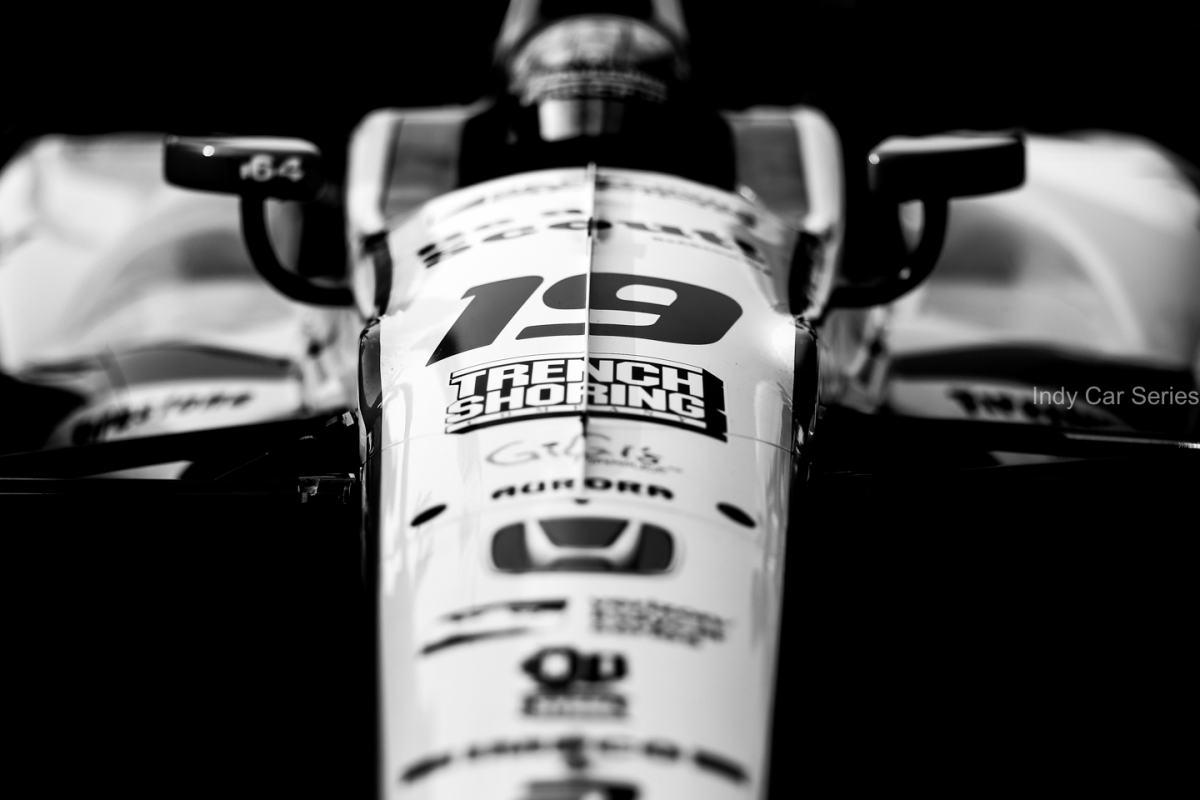 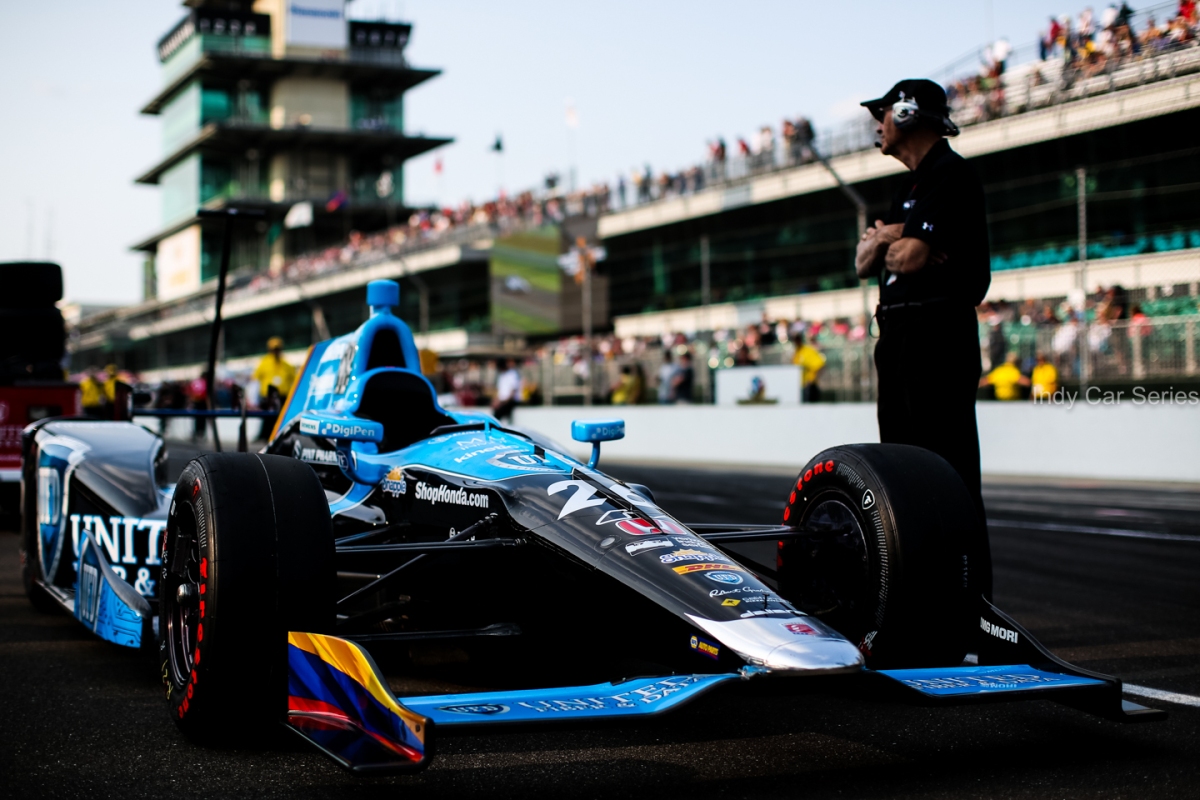 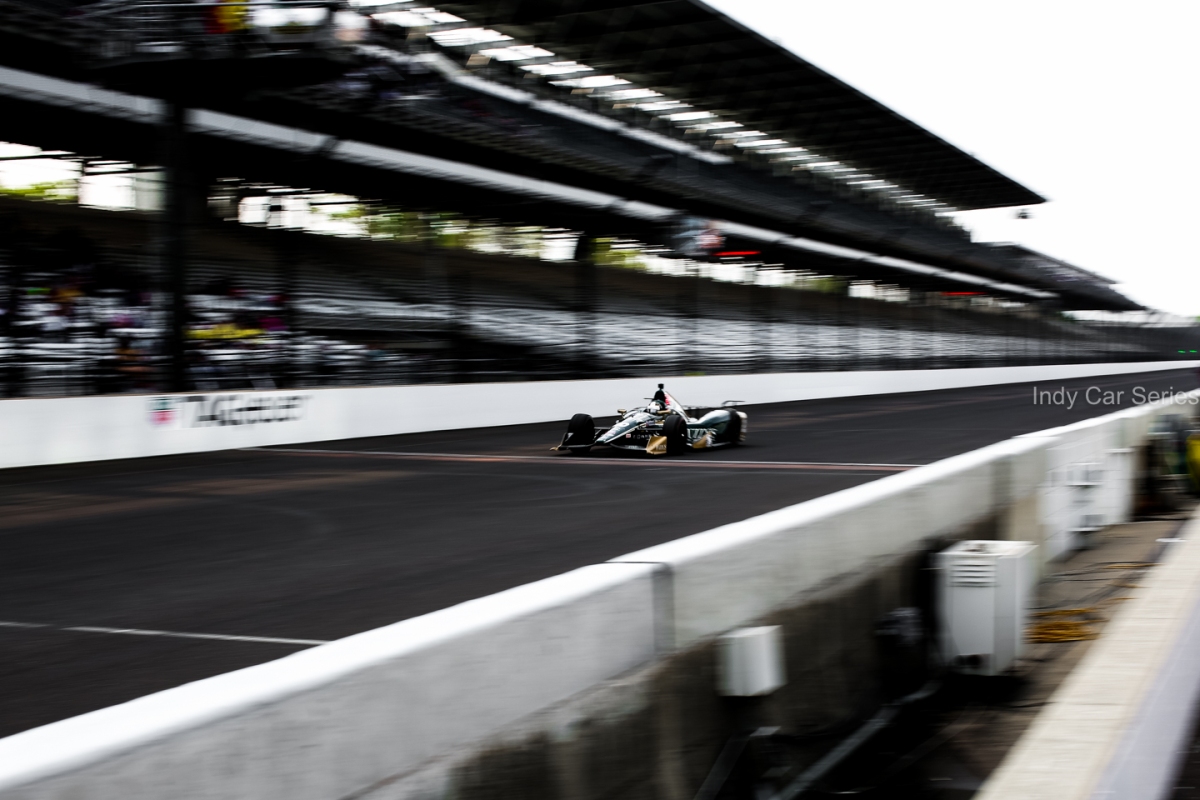 Standing at the island really gave you an appreciation of the speeds achieved by the Indy Cars along the front straight. In a blink of the eye they zoomed past you. Ed Carpenter in the #20 Ed Carpenter Racing.

By the end of the day the drivers of the Fast Nine were James Hinchcliffe, Ryan Hunter-Reay, Will Power, Helio Castroneves, Townsend Bell, Josef Newgarden, Carlos Munoz, Simon Pagenaud and Mikhail Aleshin.

On Sunday, James Hinchcliffe, would take pole position for the 100th running of the Indy 500 with a four-lap speed of 230.760 mph.