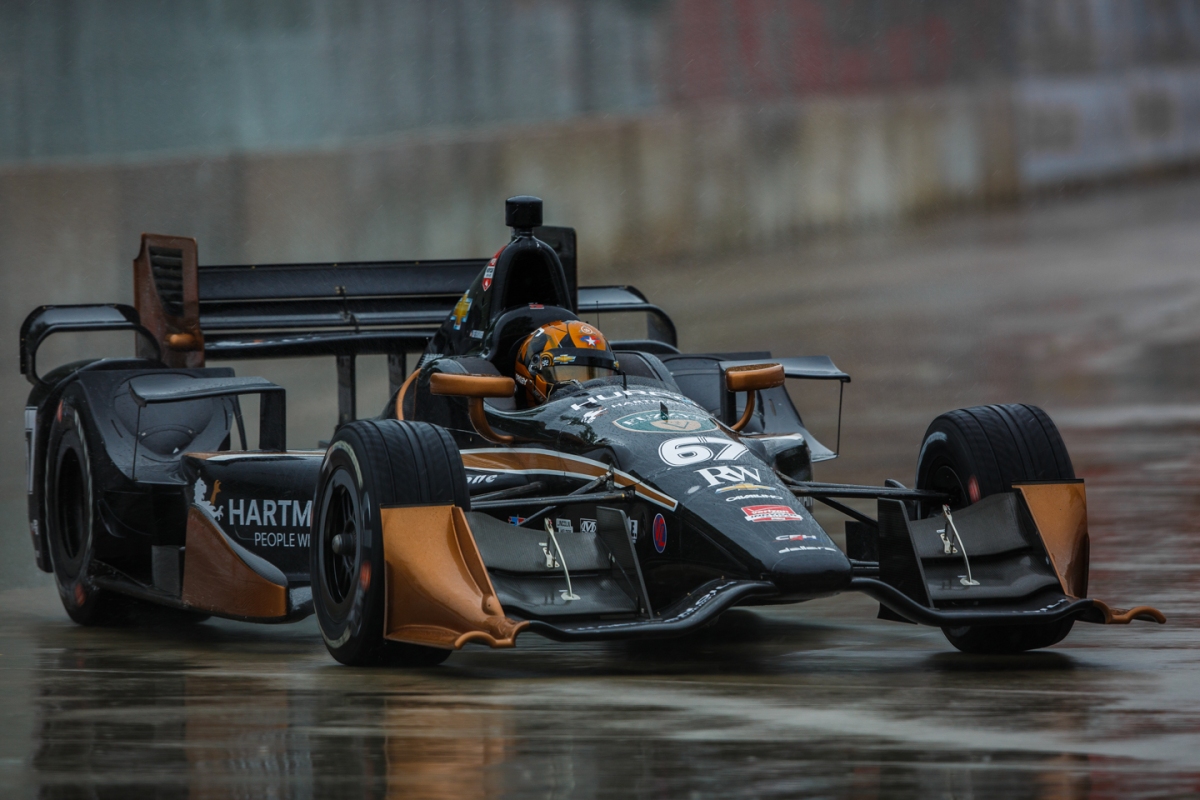 Sunday morning qualifying for the IndyCar Dual in Detroit 2 was abandoned about half-way through the session due to heavy rain.  Championship point standings were used to set the starting positions for the afternoon race. Hope you like the photos. 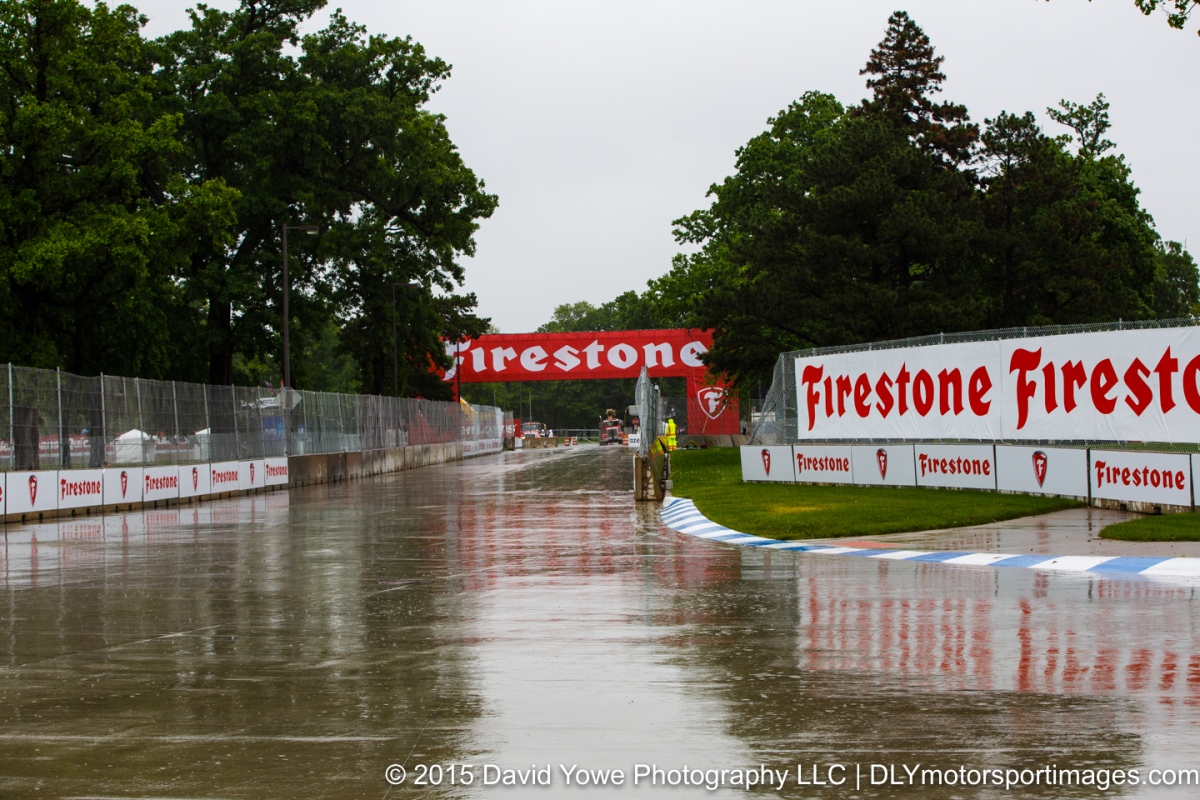 A wet Turn 5, with standing water starting to accumulate at the apex of the corner.

Despite the heavy rain, some race fans stayed in the stands for the qualifying session.

Track crews did their best to clear the track of standing water. 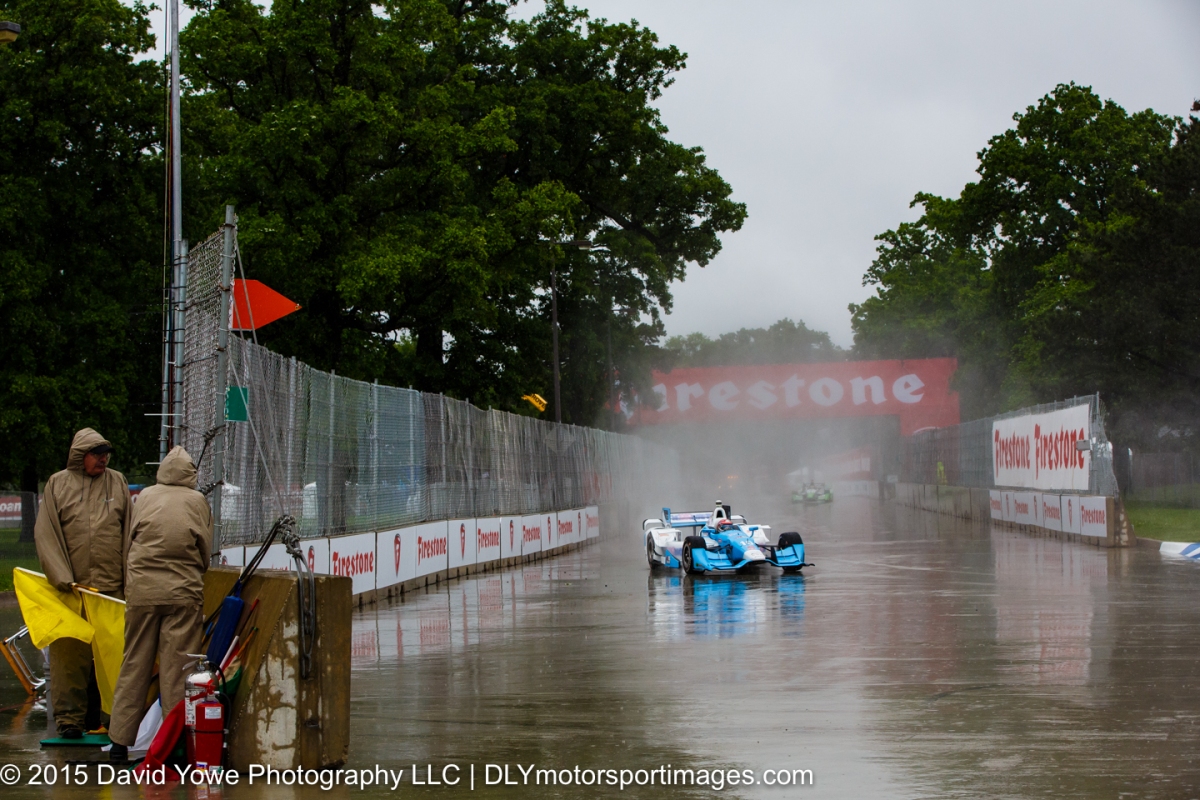 The IndyCars came out for qualifying, despite the rain and poor track conditions. Tony Kanaan in the #10 Chip Ganassi Racing Chevrolet. 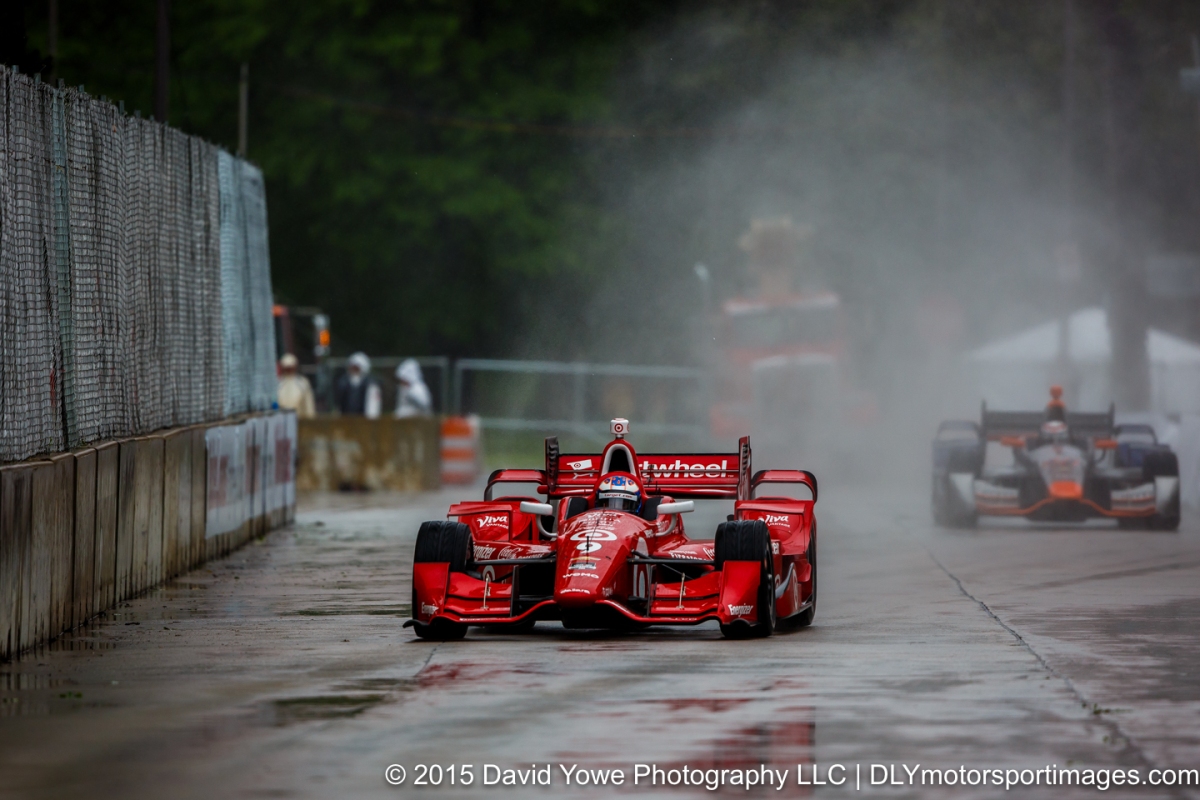 Into Turn 5 with Rodolfo Gonzalez in the #18 Dale Coyne Racing Honda. 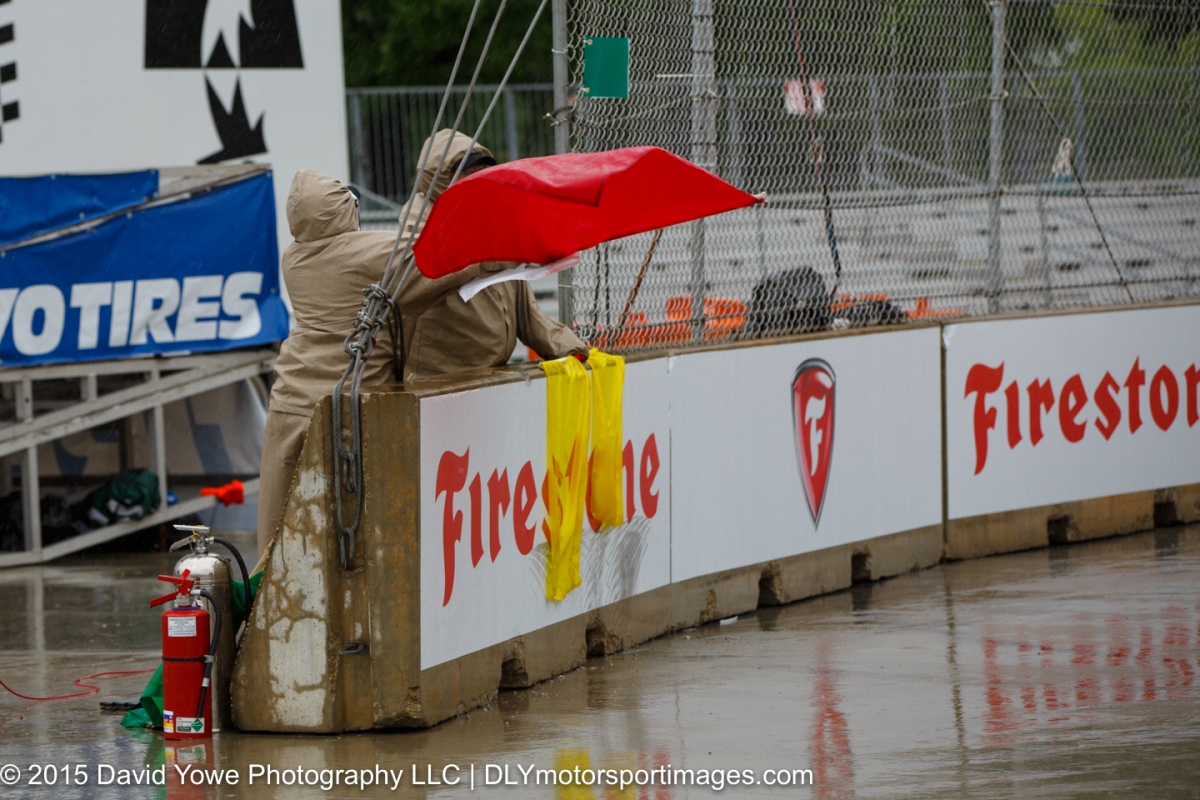 Qualifying was red-flagged due to heavy rain. 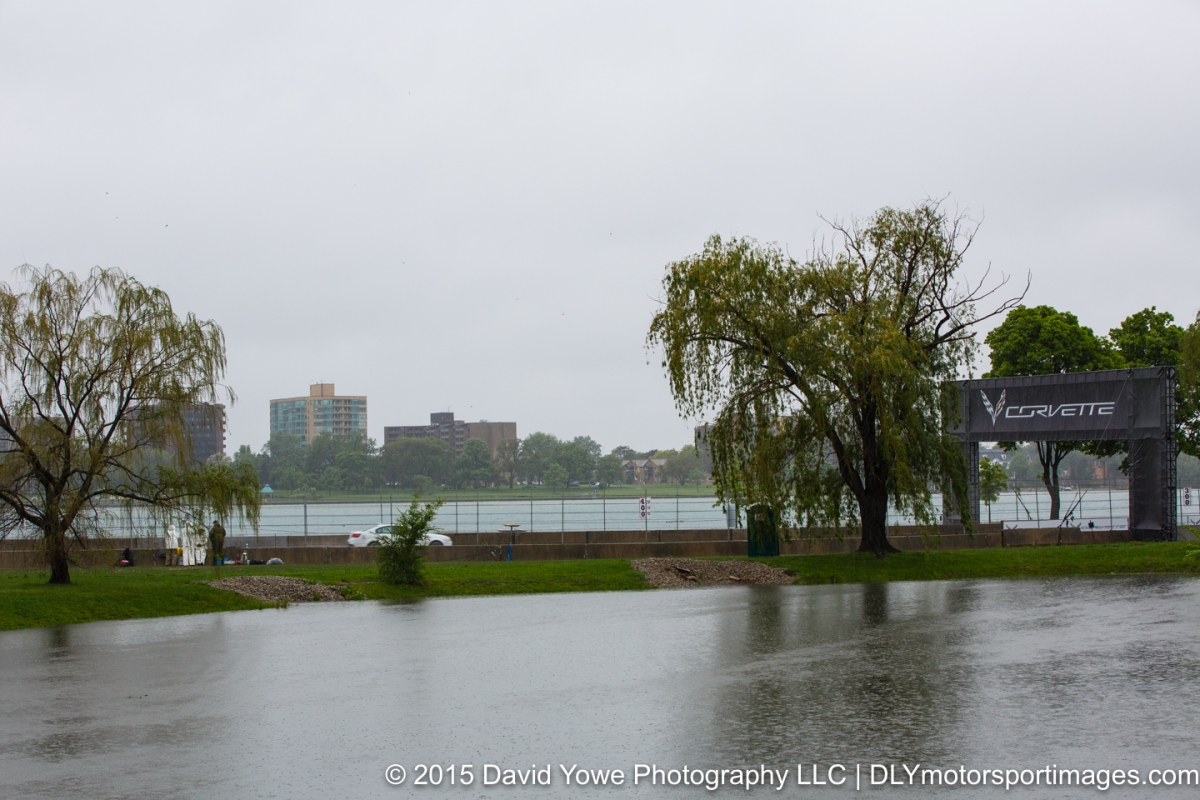 The heavy rain continued during my way back to the media center.