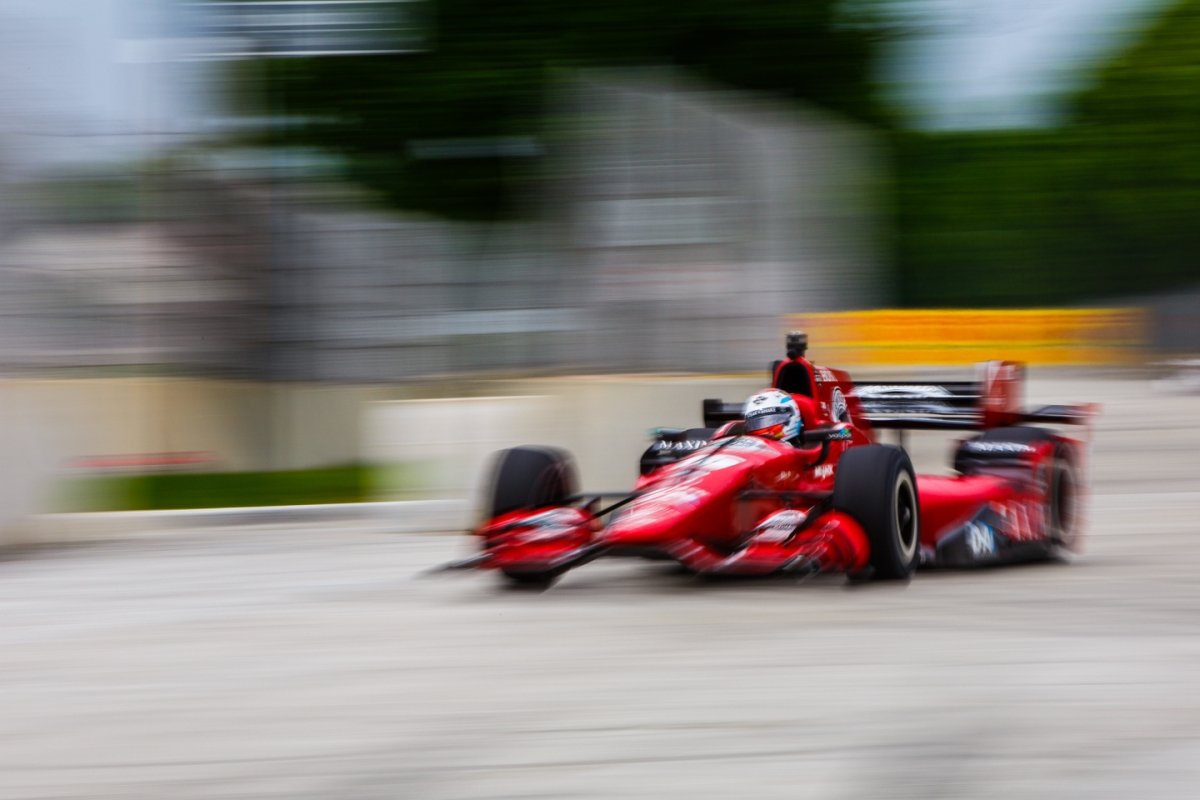 The first IndyCar practice session for the Detroit Belle Isle Grand Prix was held Friday morning under overcast skies. The light rain at the end of the session was an omen of the wet weather that we would have during the race weekend. For this session started on the front straight, then went to Turn 13, and back to the paddock. Hope you like the photos. 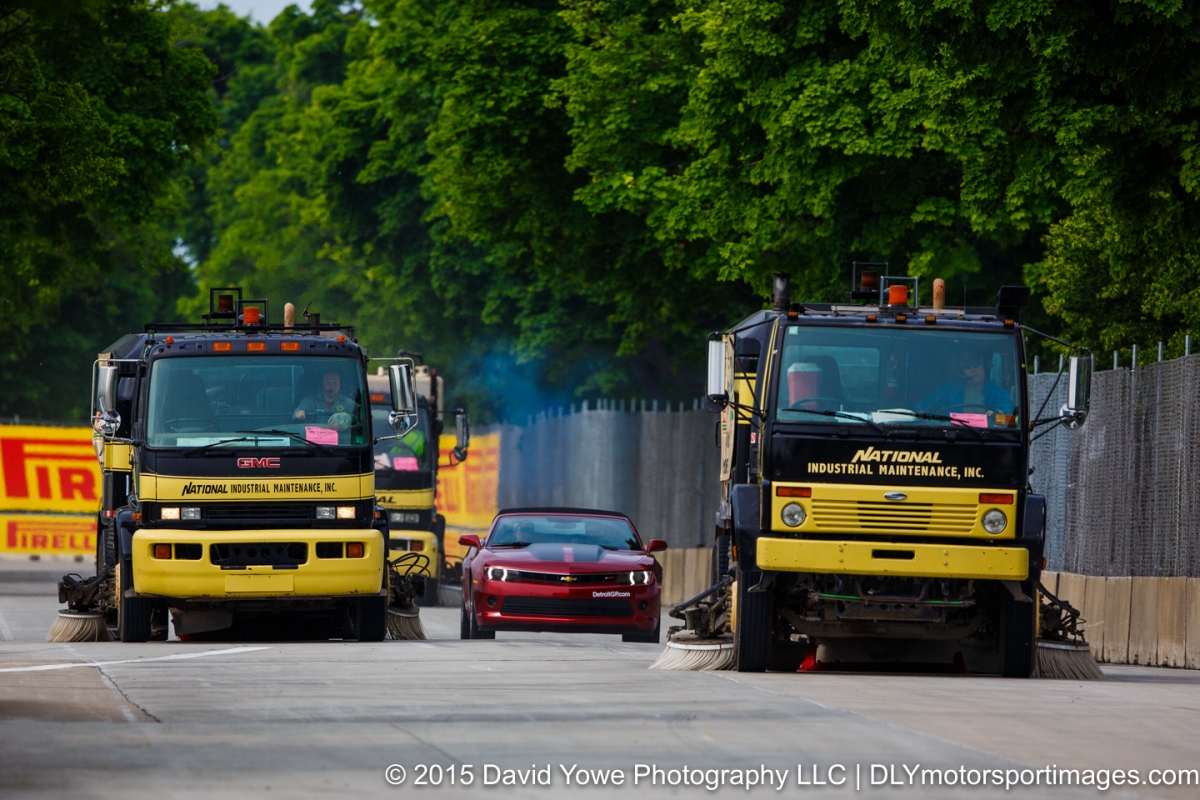 Ground crews made sure the track was clear of debris before the practice session started. 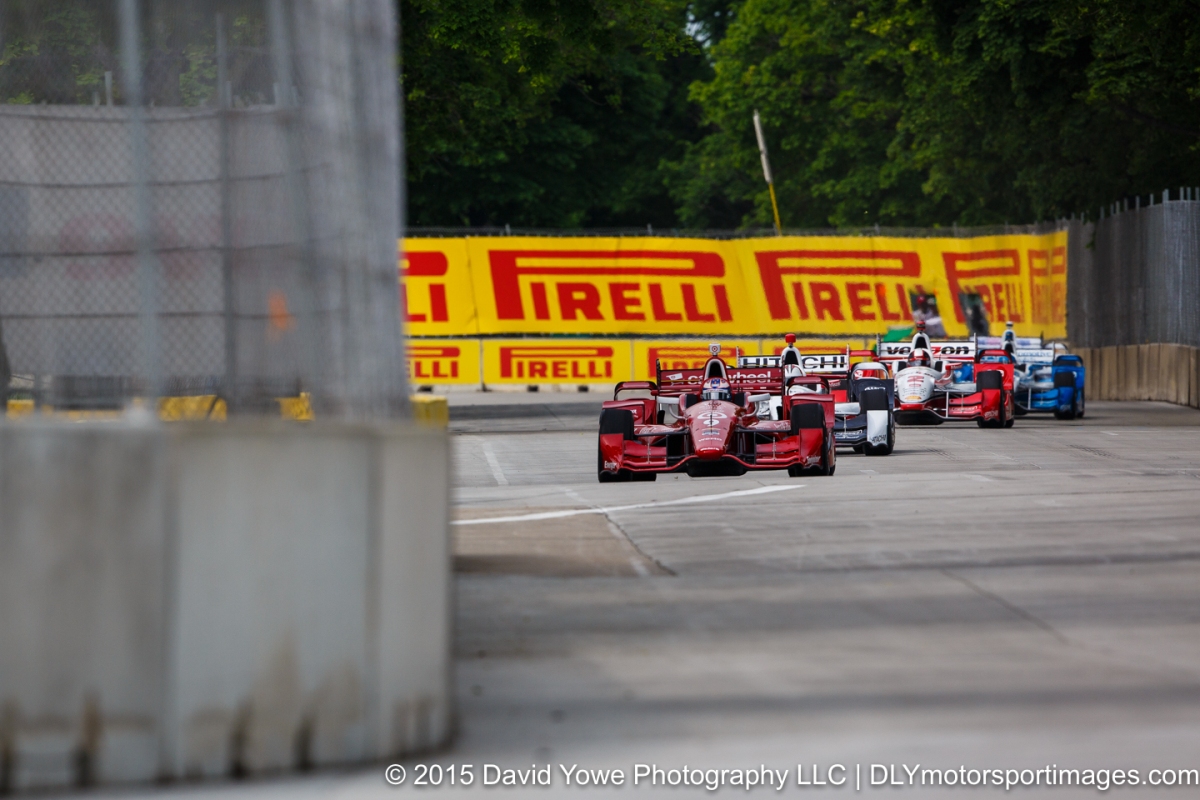 The new photo hole before the start/finish line near the “kink” in the front straight allowed long shots of the cars as they went through Turn 14, entered the pits, or continued on the straight down to Turn 1. Scott Dixon in the #9 Chip Ganassi Racing Chevrolet leads a group of IndyCars into pit lane after a reconnaissance lap. 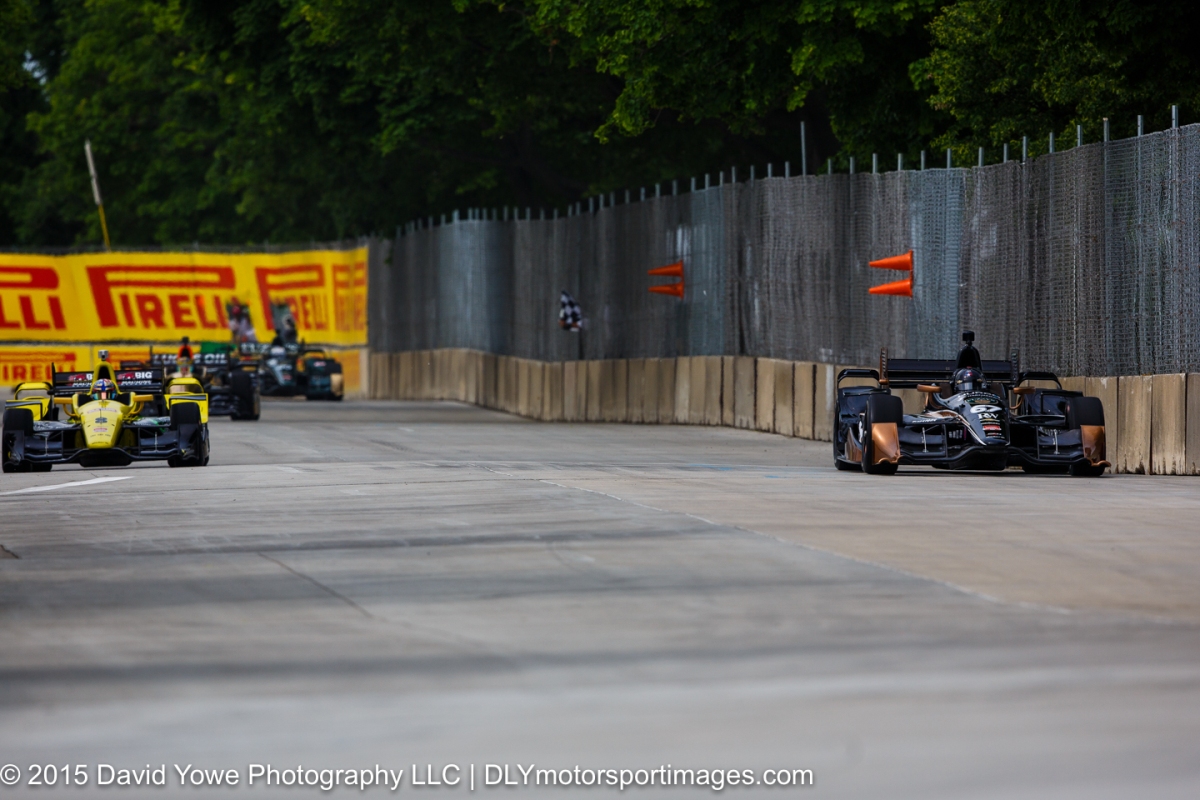 Josef Newgarden in the #67 CFH Racing Chevrolet decided to stay on the track while other cars headed into pit lane at the start of the practice session. 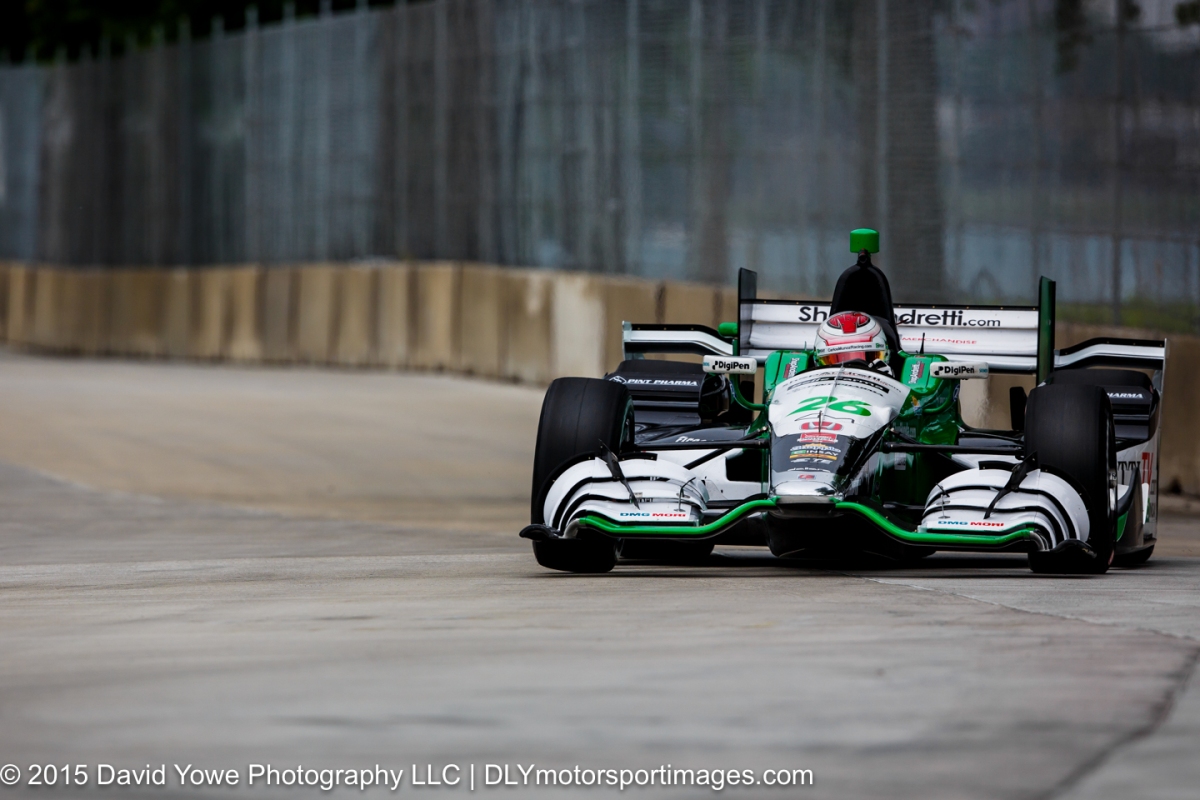 Looking through the long lens you could see the undulations in the concrete along the front straight. Carlos Munoz in the #26 Andretti Autosport – HVM Racing Honda. 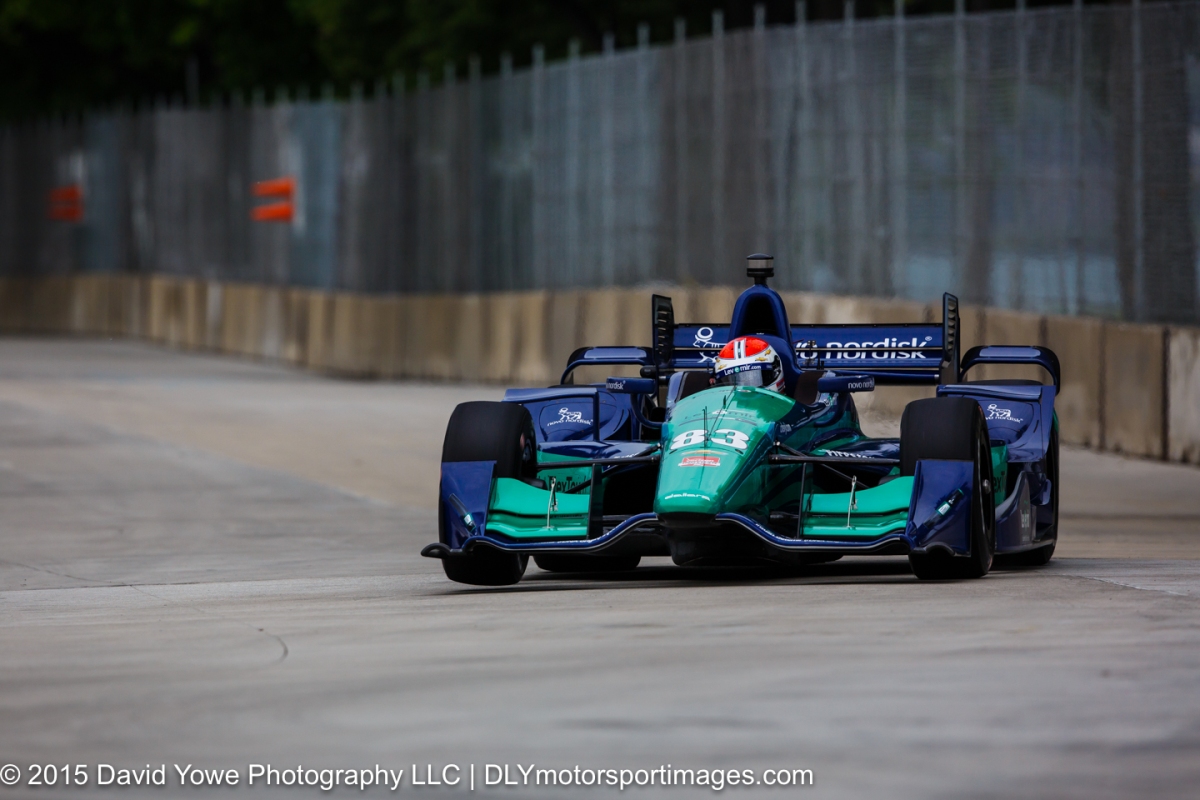 Sometimes the cars would even lift a wheel, as shown by Charlie Kimball in the #83 Chip Ganassi Racing Chevrolet. 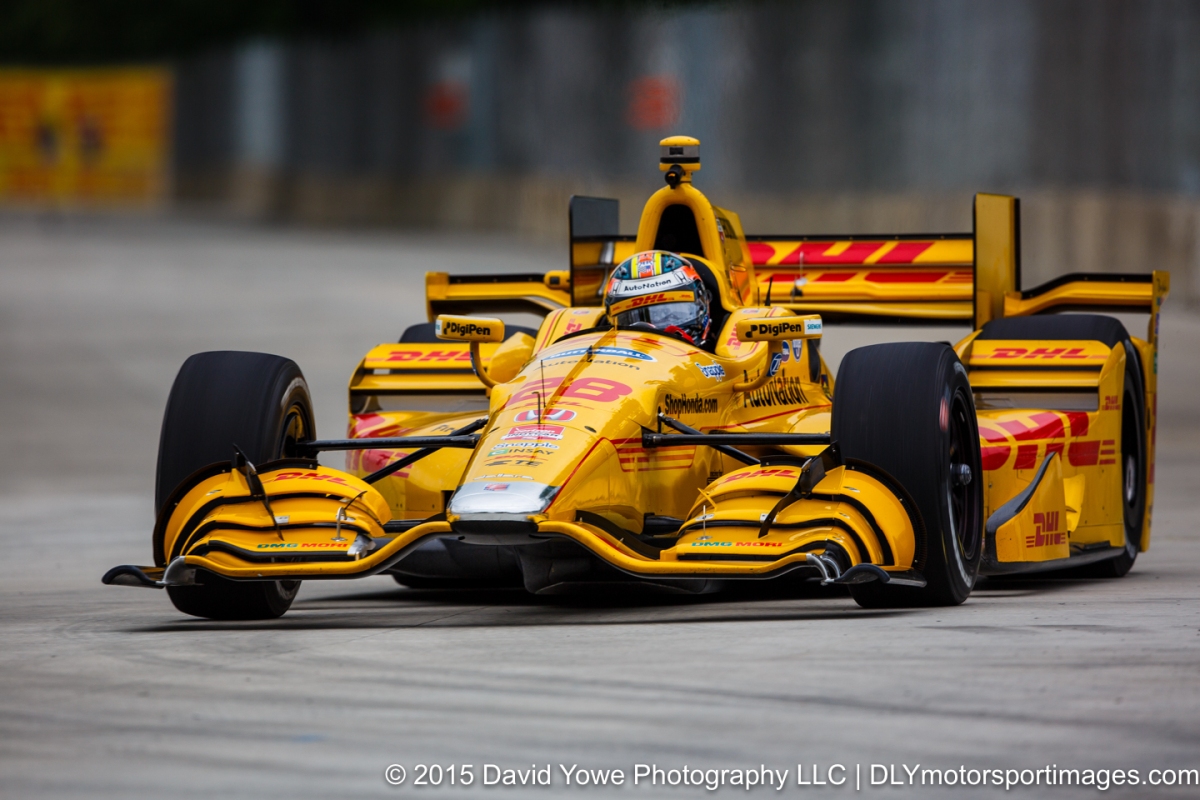 Up close with Ryan Hunter-Reay in the #28 Andretti Autosport Honda. 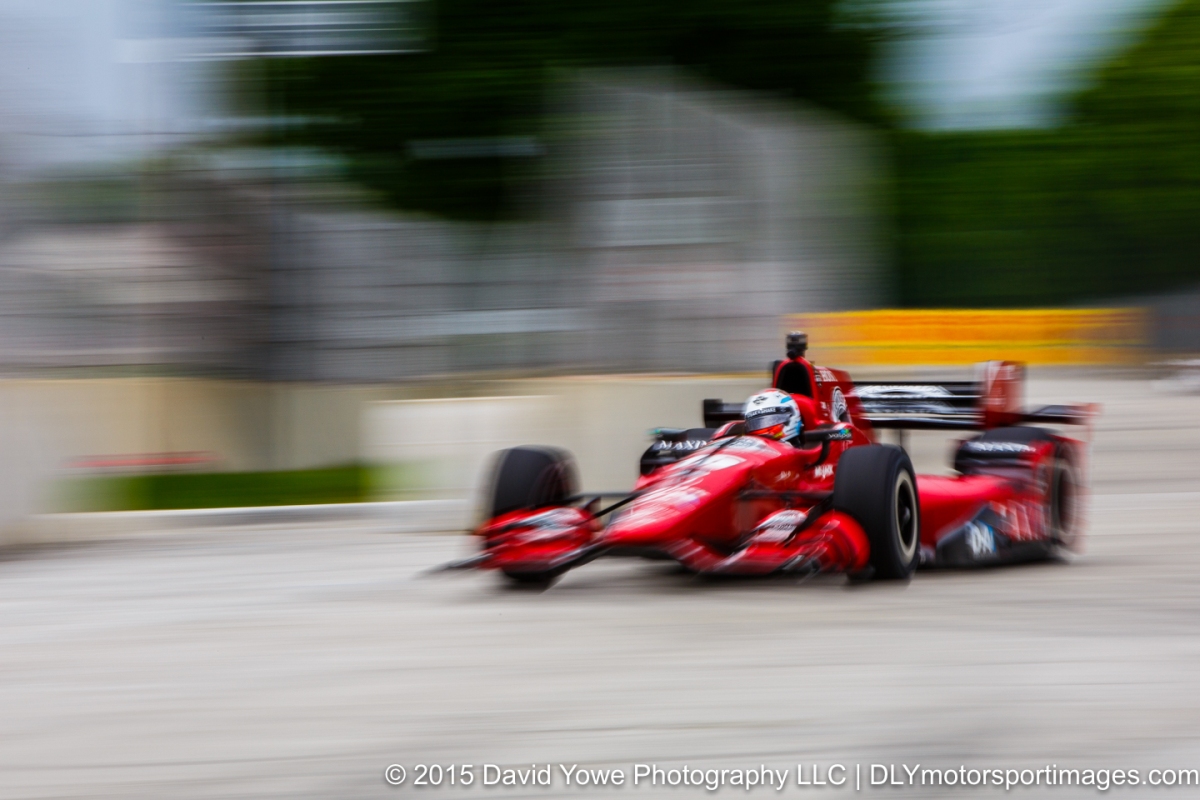 “Steak N Shake” (one of the teams sponsors) with Graham Rahal in the #15 Rahal Letterman Lanigan Racing Honda. 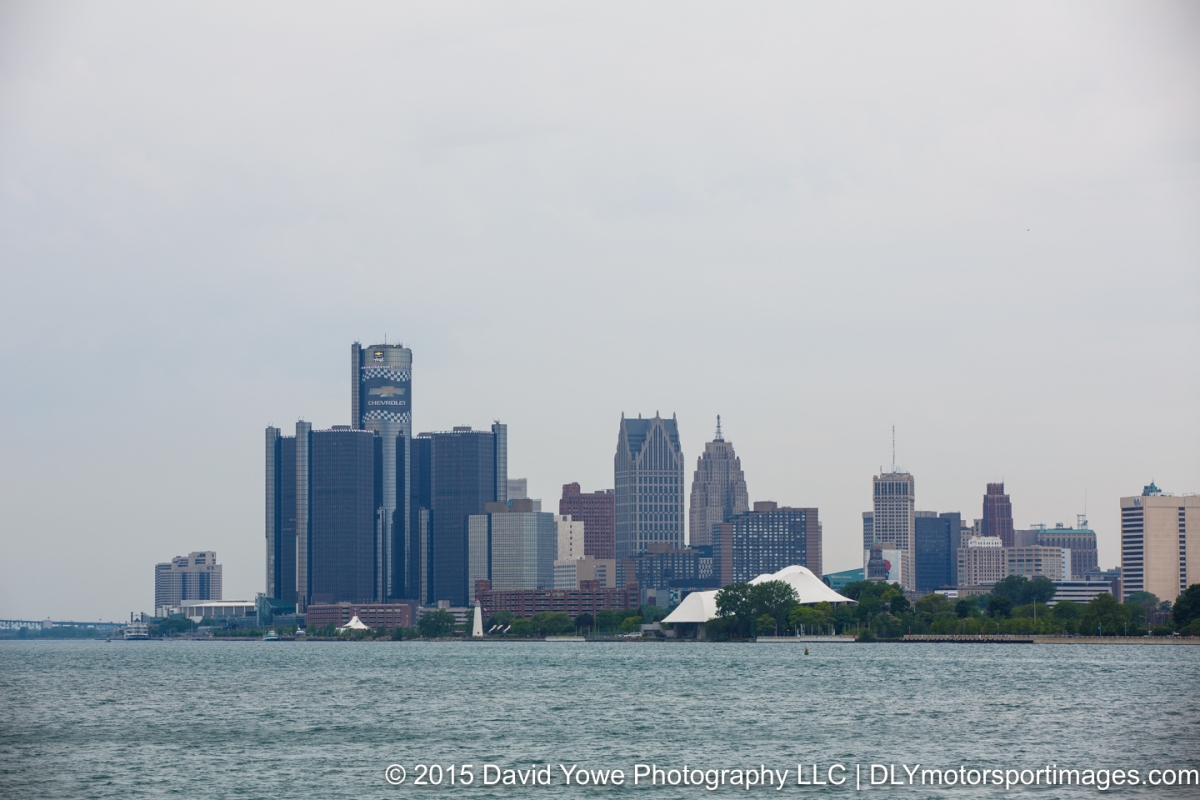 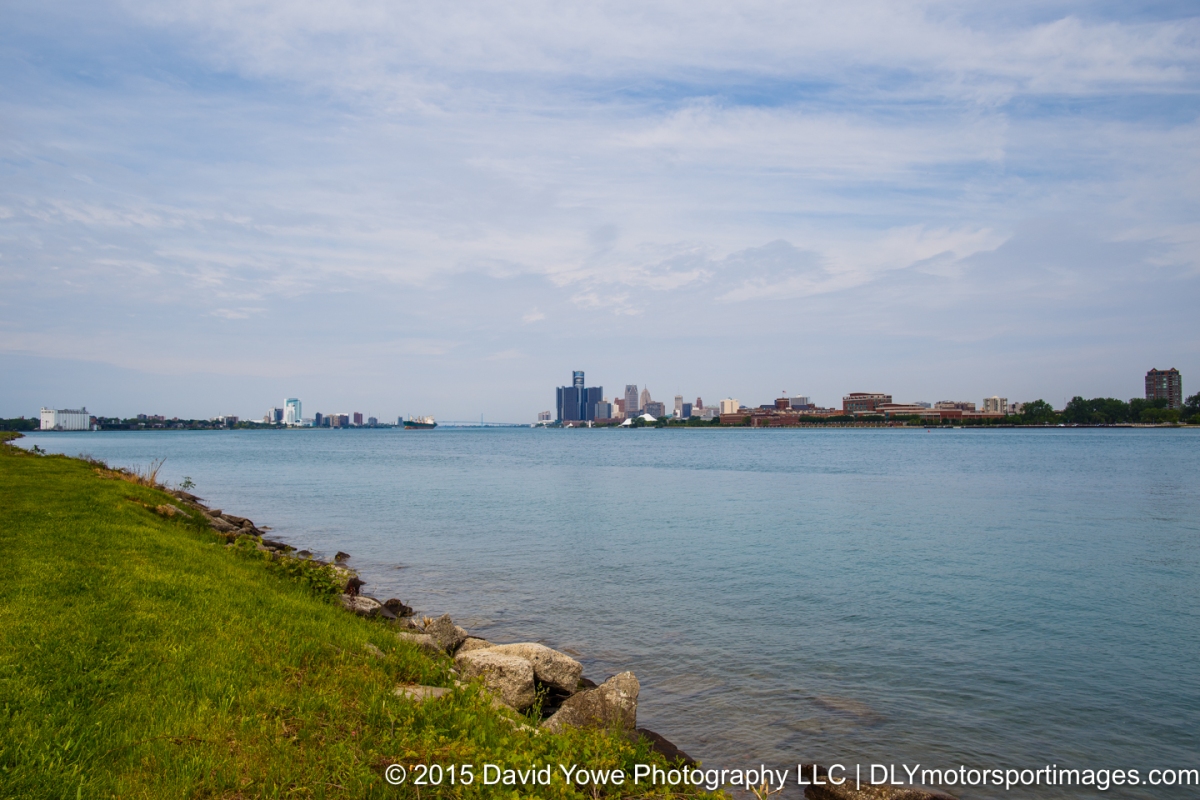 On my way down to Turn 13 took a couple of photos of the the Detroit city skyline. 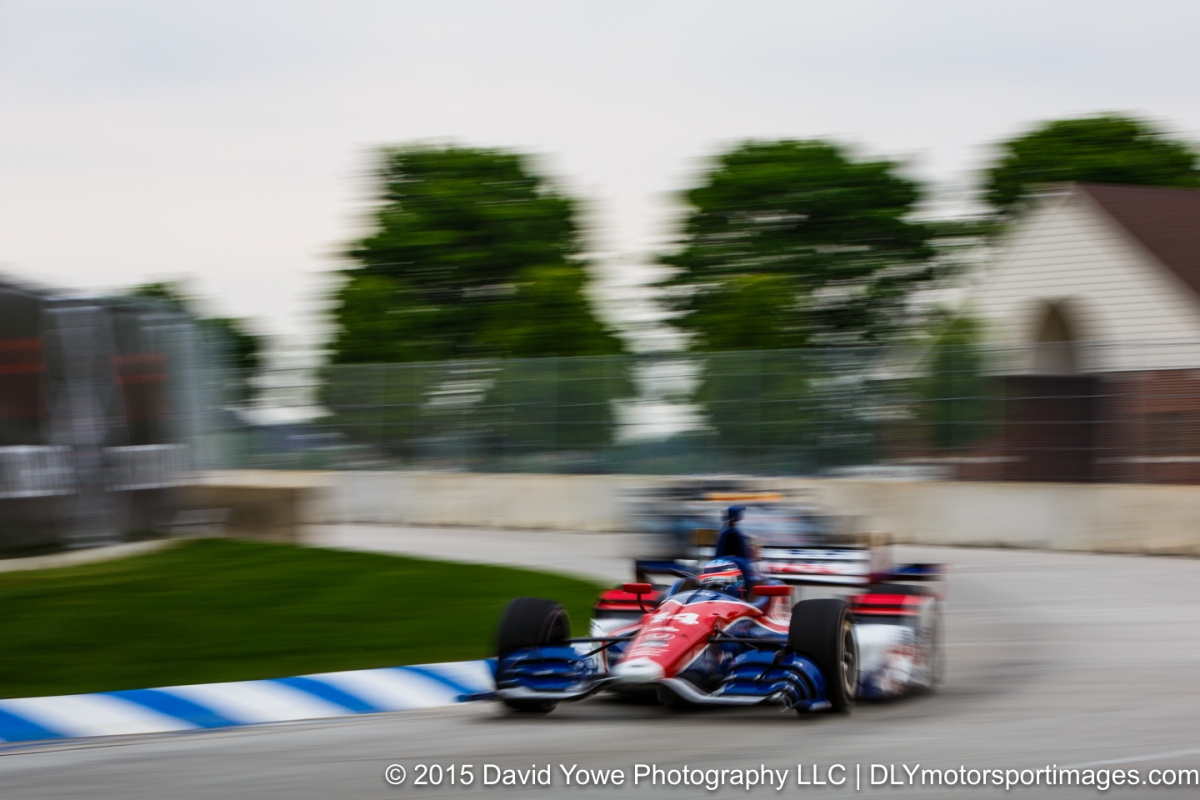 Around Turn 13 with Takuma Sato in the #14 A.J. Foyt Enterprises Honda. 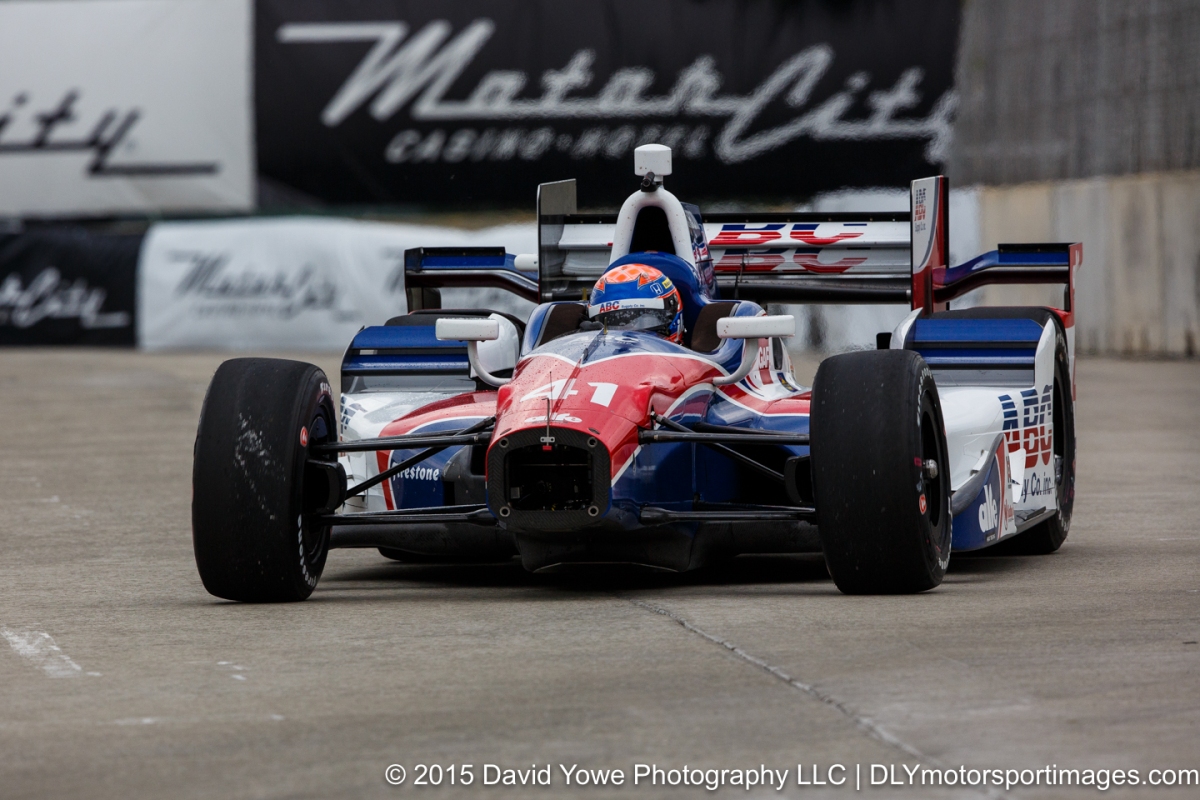 Light rain fell towards the end of the practice session. This caused some to lose control and damage their cars as shown by the #41 A.J. Foyt Enterprises Honda which lost its front wing and nose. 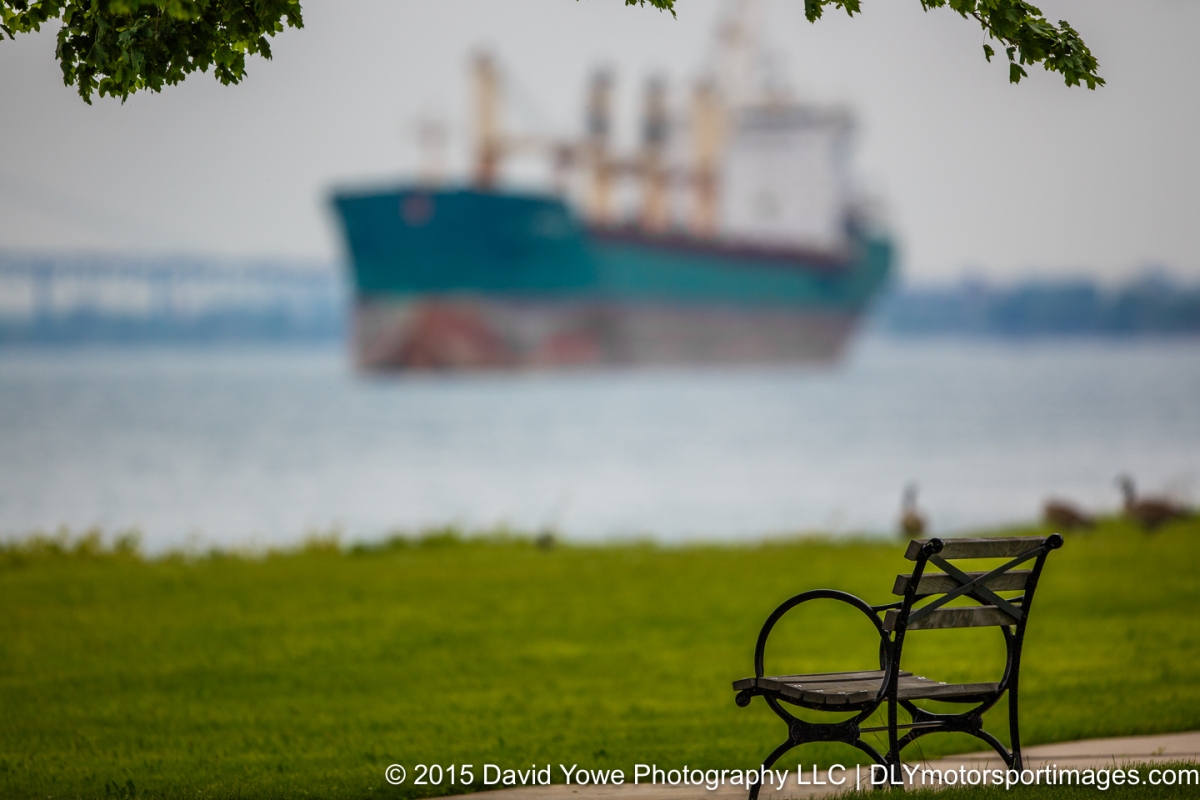 After the session ended, saw a “ship in the distance”. 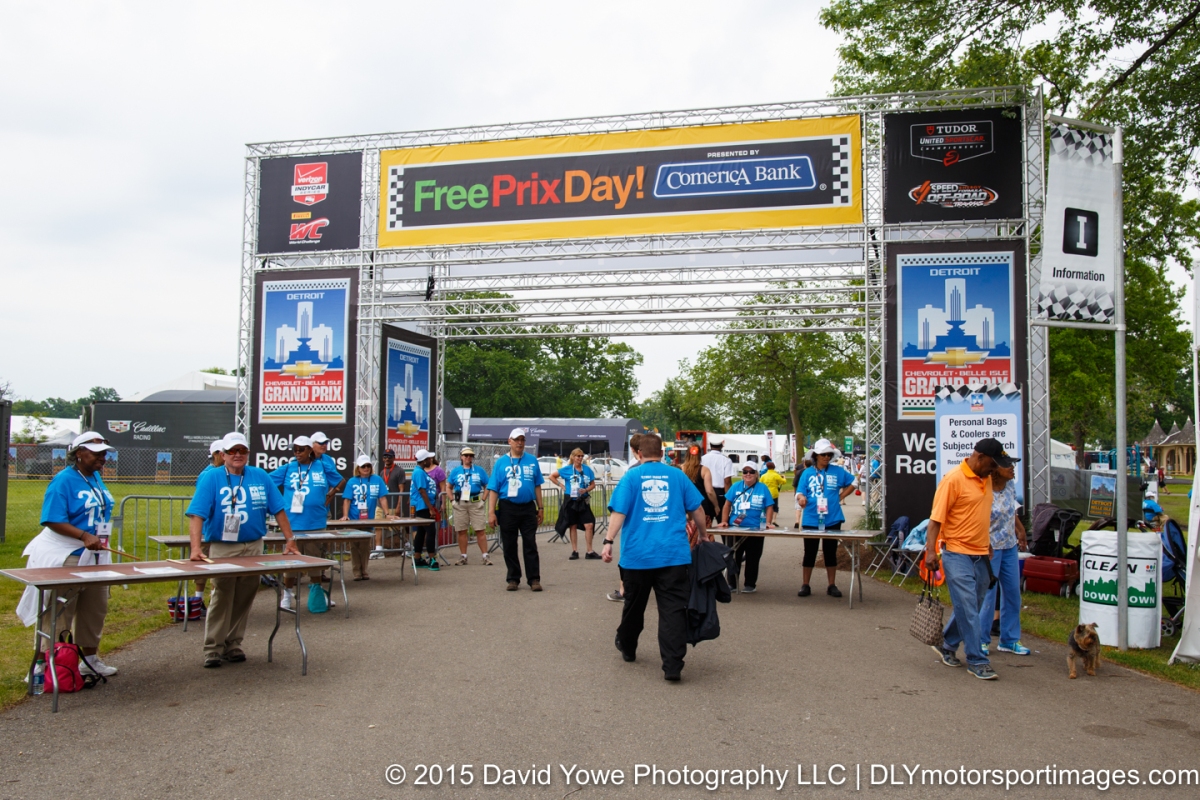 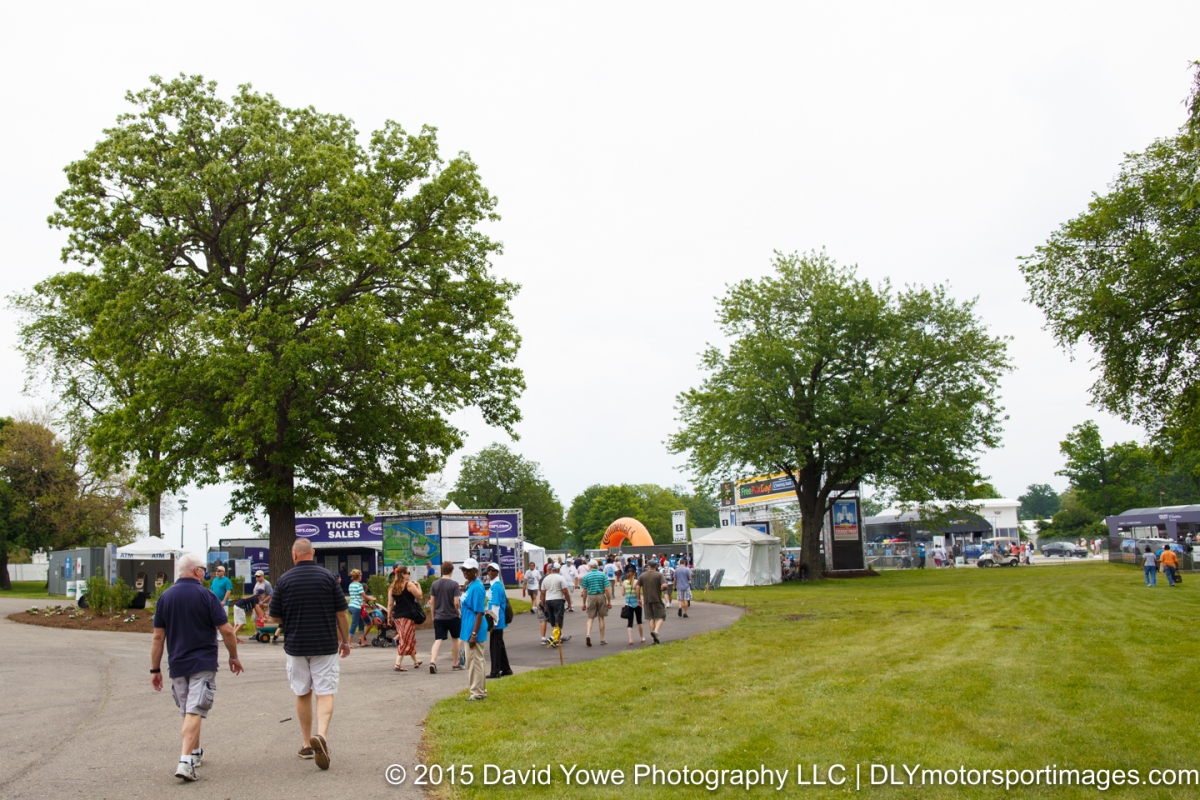 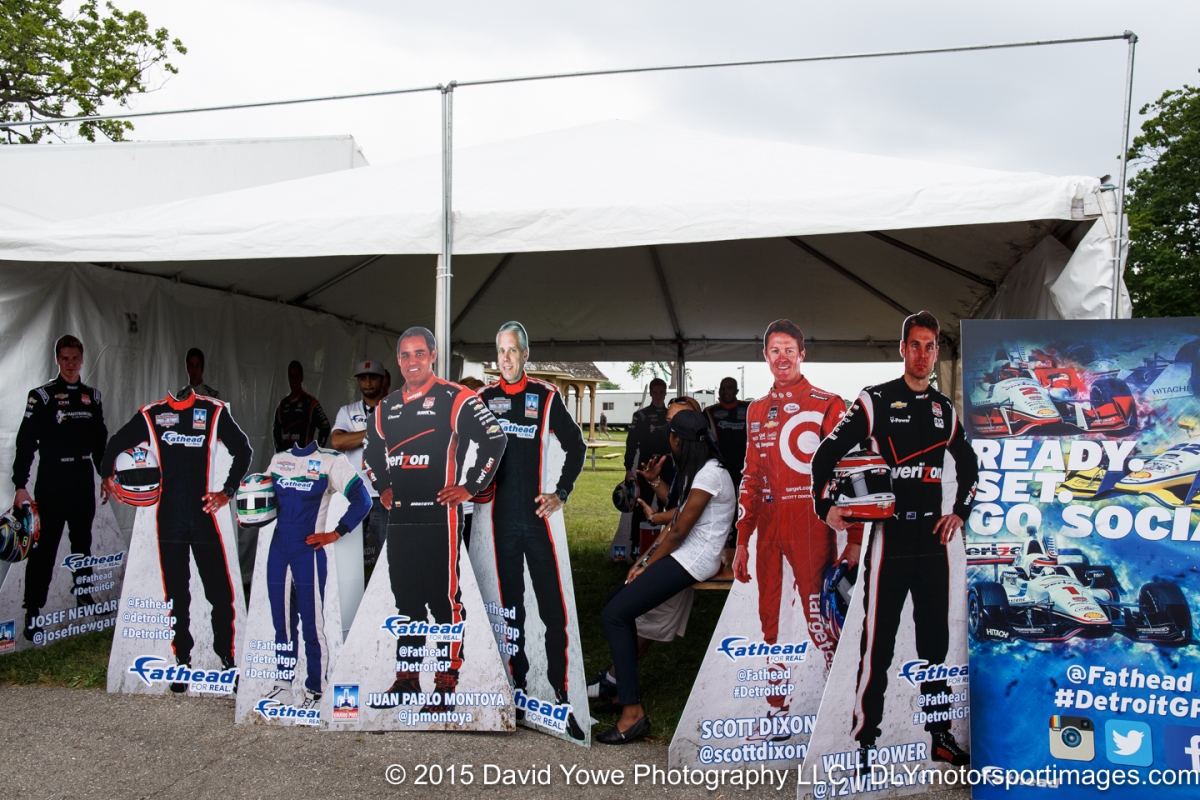 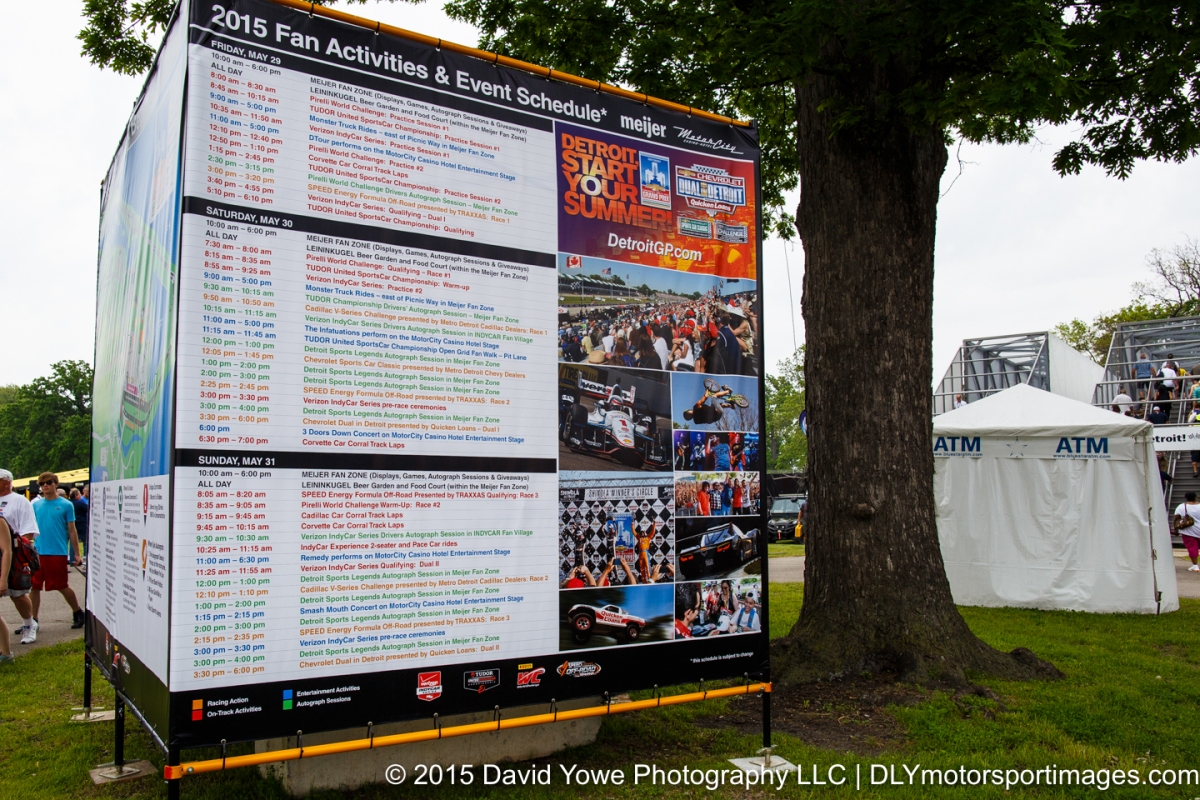 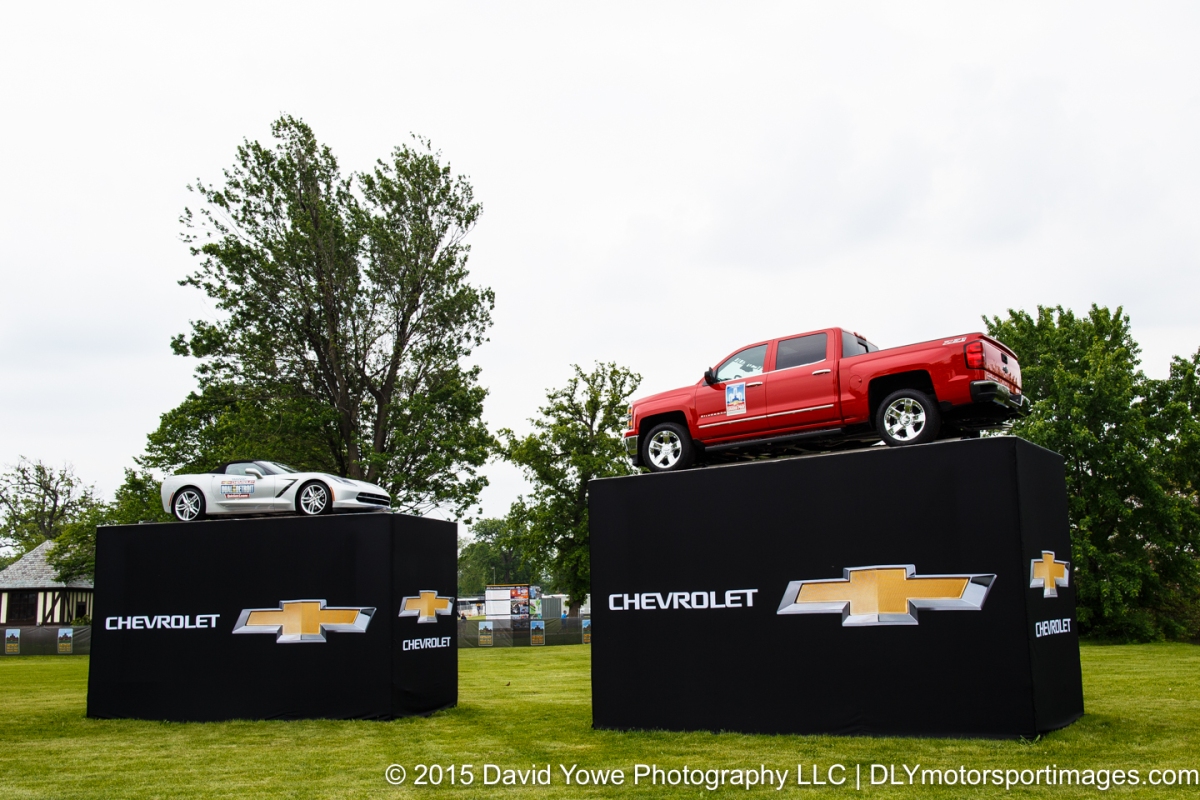 On my way back to the media center, grabbed some shots of the paddock.