Round 2 of the GTS class started mid-morning on a wet track and under overcast conditions. These weather conditions would be a sign to come for the races later in the day. Hope you like the photos. 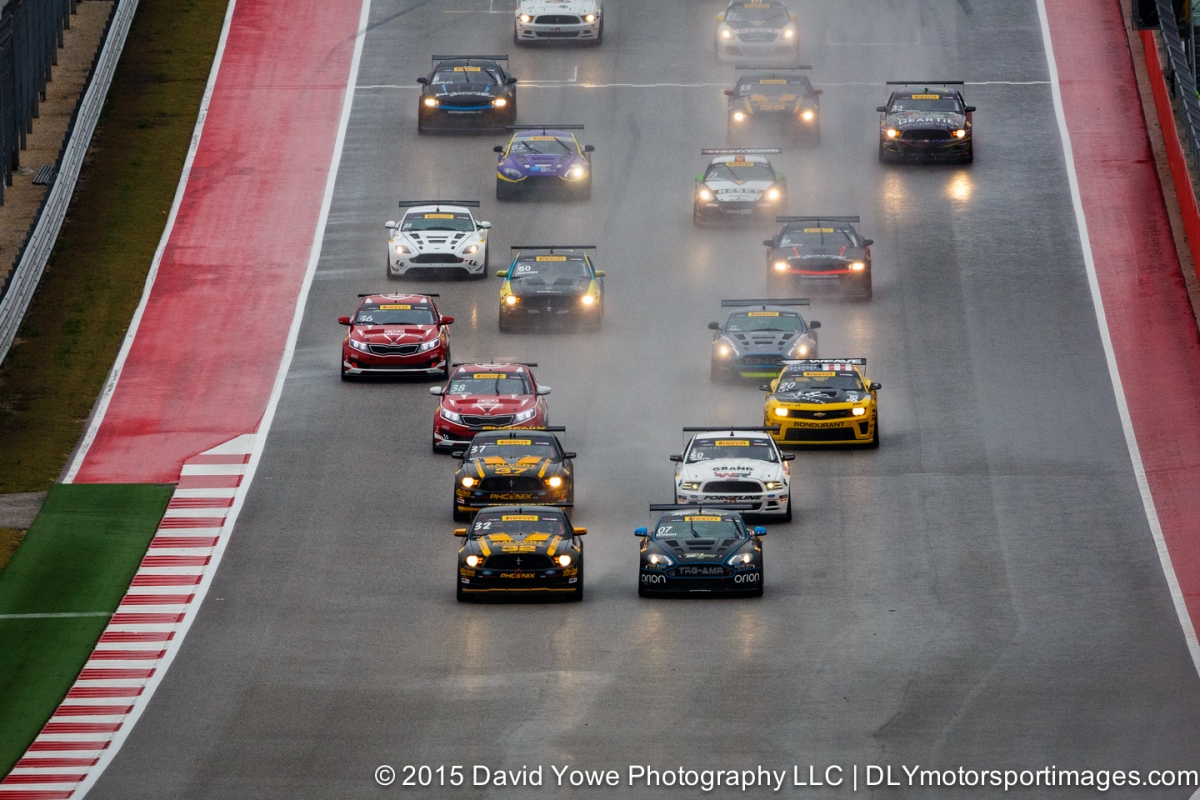 The race was started with a two-wide rolling start in place of a standing start due to the wet conditions.

Through Turn 1 with “Kia Kia”. Ben Clucas in the #36 and Mark Wilkins in the #38 Kinetic Motorsports/Kia Racing Kia Optima’s. 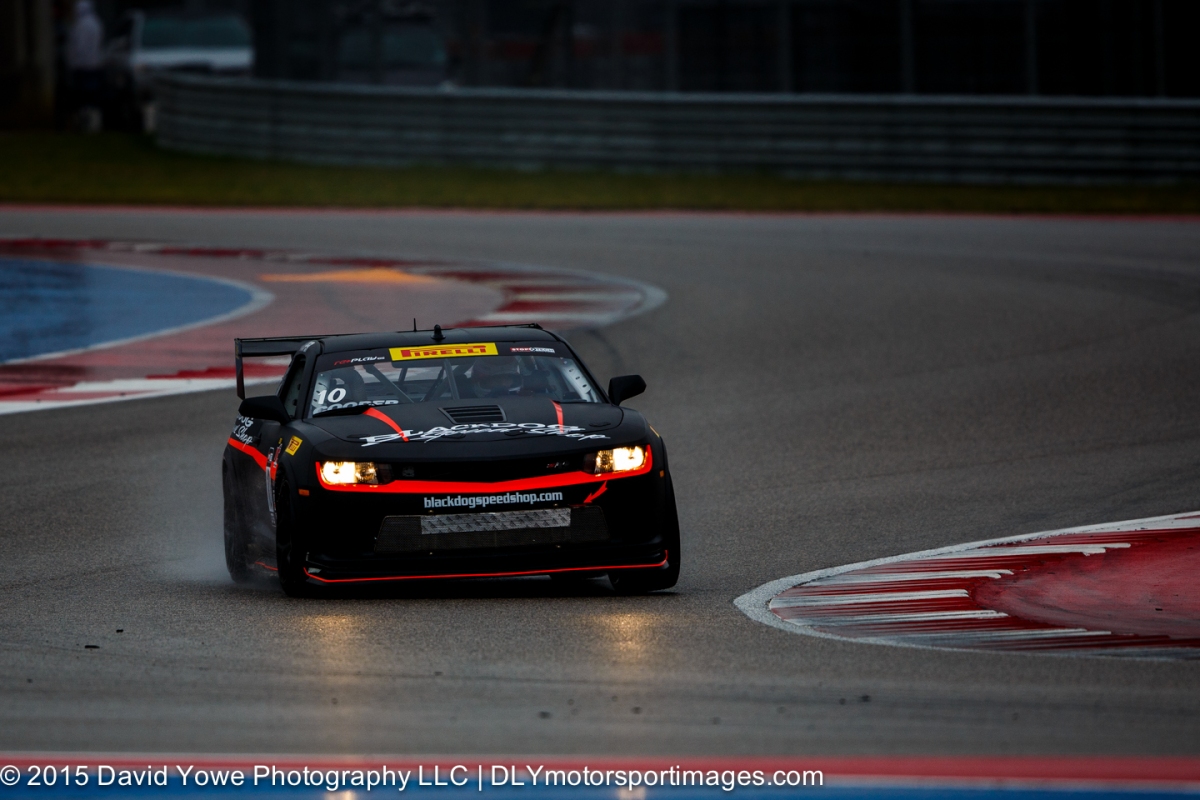 At the Turn 3 Esses with race winner Michael Cooper in the #10 Blackdog Speed Shop Chevrolet Z28. 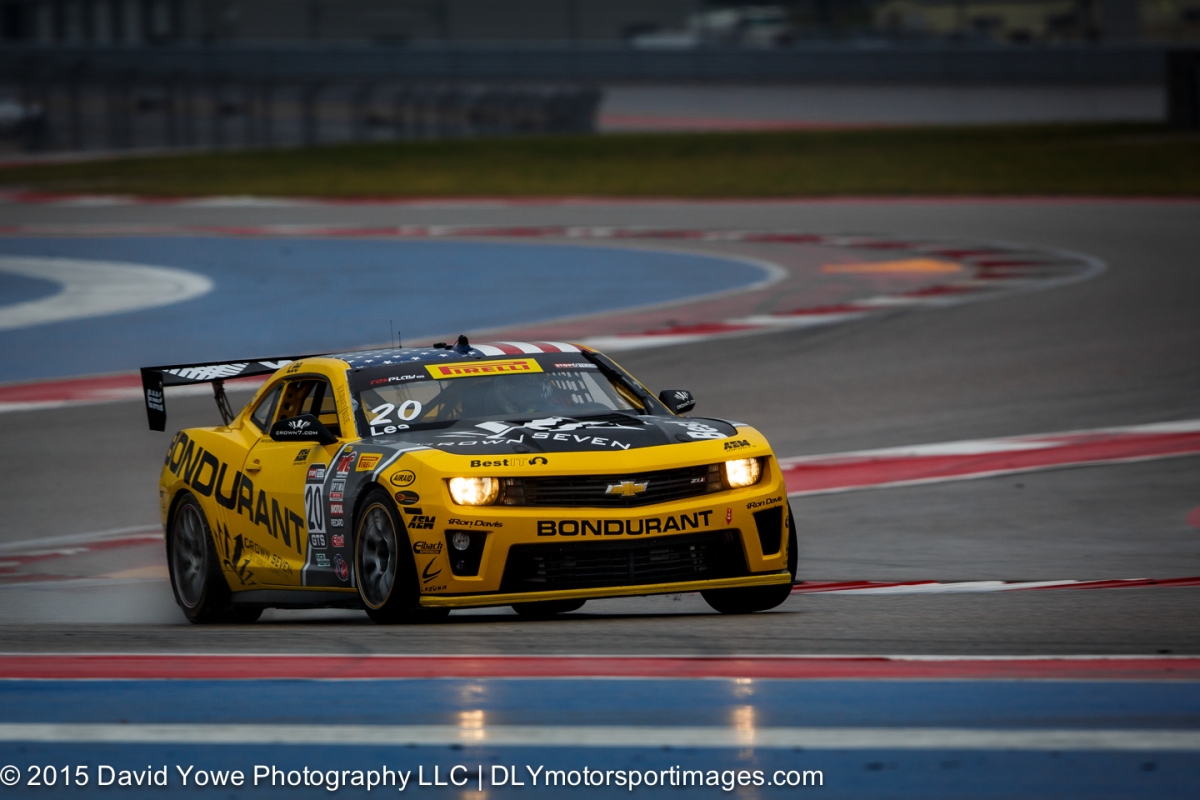 Through the Esses with Andy Lee in the #20 BestIT Racing Chevrolet Camaro.