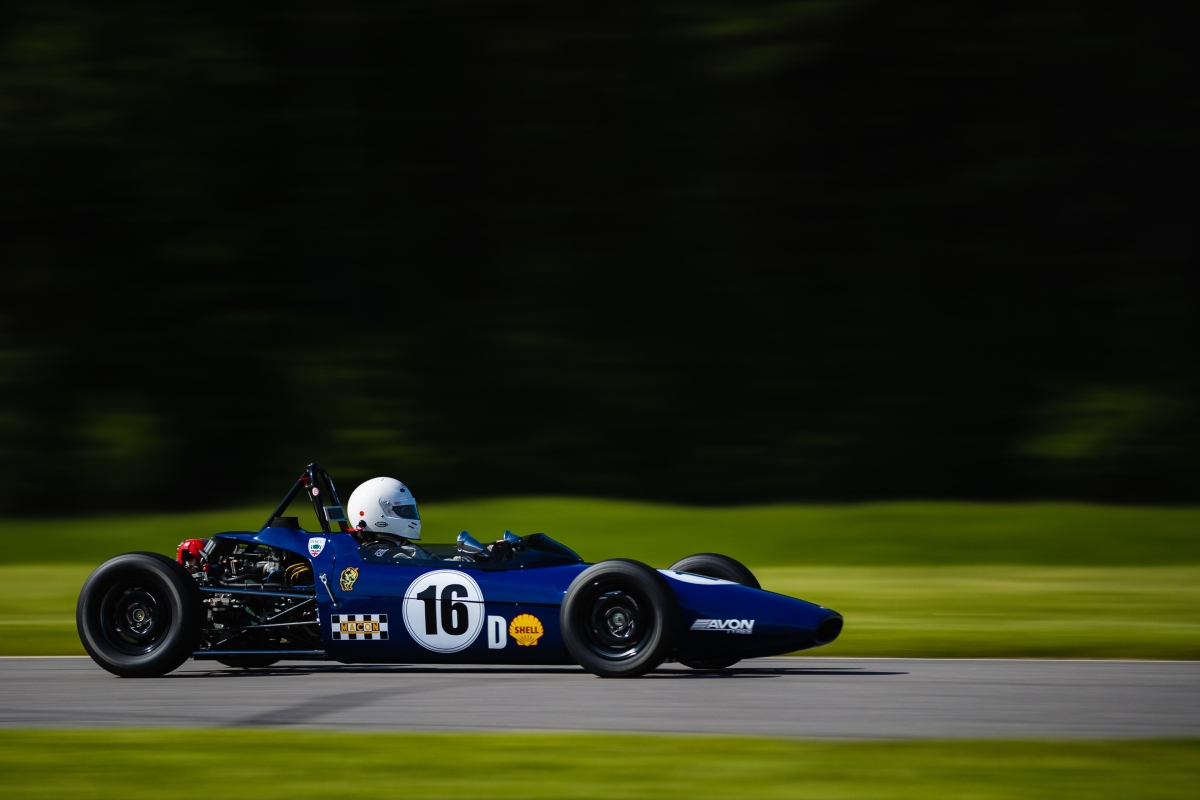 Last weekend the Sportscar Vintage Racing Association (SVRA) were at Lime Rock Park for the Trans Am Memorial Day Classic. This weekend was the season opener for this race track as well as the first motorsport event of the year for me. Hope you like the photo’s.

Left Boston around 6.00 am for the three hour drive along I90W to Lee, then south along Route 7 through Stockbridge and Great Barrington to Lime Rock Park in northern Connecticut. After entering Lime Rock Park, parked the car in the general parking area near the camp ground. This natural terrain race track is relatively small, with the circuit only about 1.5 miles long, and is easy to get to around by walking (although, some parts of the track are hilly).

Over the Memorial Day weekend, their were three days of race track action on Friday, Saturday, and Monday; with Sunday for off-track activities. Each race day had a full schedule starting around 9.00/10.00 am and ending at about 5.00/5.30 pm, so you had plenty of time to walk around the track for motorsport photography. Should also mention that Lime Rock Park is a great track to photograph from the “spectator side of the fence” since the fencing is low and their are a lot of locations which are elevated. This track is also great for families, with plenty to see and do off the track (in the midway section) and large grassed hilly sections to watch the race or for kids to run around. 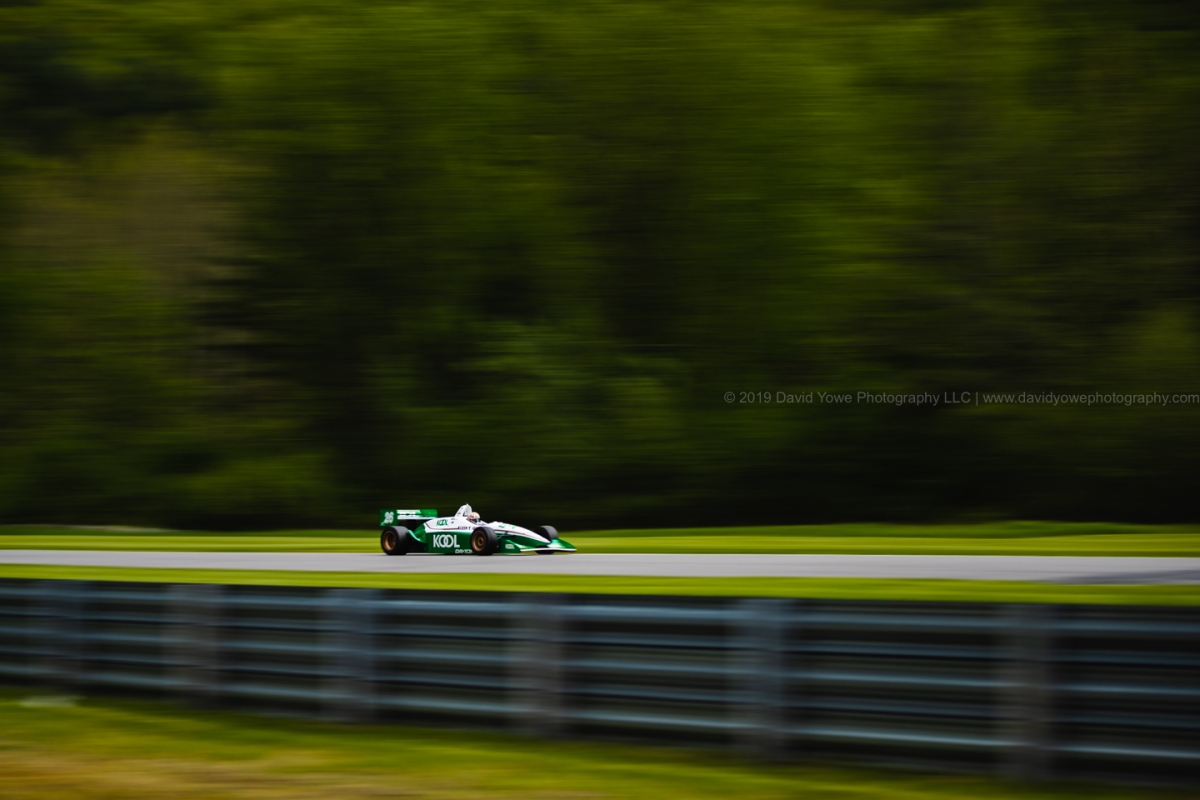 Walked through the camp ground area to the midway and down the hill through the field spectator area to the Esses. This part of the race track is a great location to get ground level photographs of the cars, as well as variety in your shots ranging from front, 3/4 front, panning and rear angles. One of my favorite SRVA cars that I saw this weekend, was the KOOL T97 Indy Lights car shown above. Really like the classic livery and design of this car. Made a mental note to get more shots of this car over the weekend. This photograph also gives you an idea of the beautiful trees and grass that line this race track. 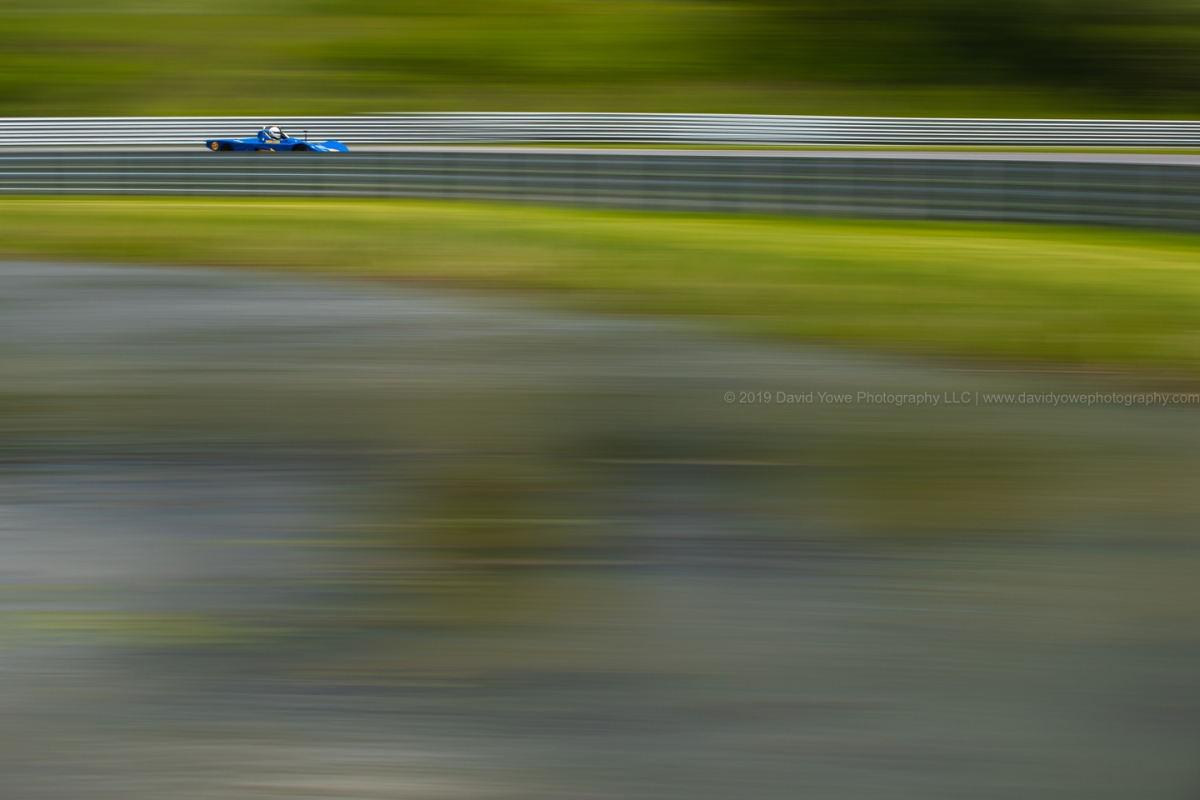 Continued my way along the inside of the Esses to the hairpin part of this track called Big Bend. On the inside of Big Bend there are benches which you can stand on for elevated photographs of the cars as they speed down the front straight into Big Bend. Using a focal length of ~70mm enables you to get a wide shot of the car with the pond in the foreground. 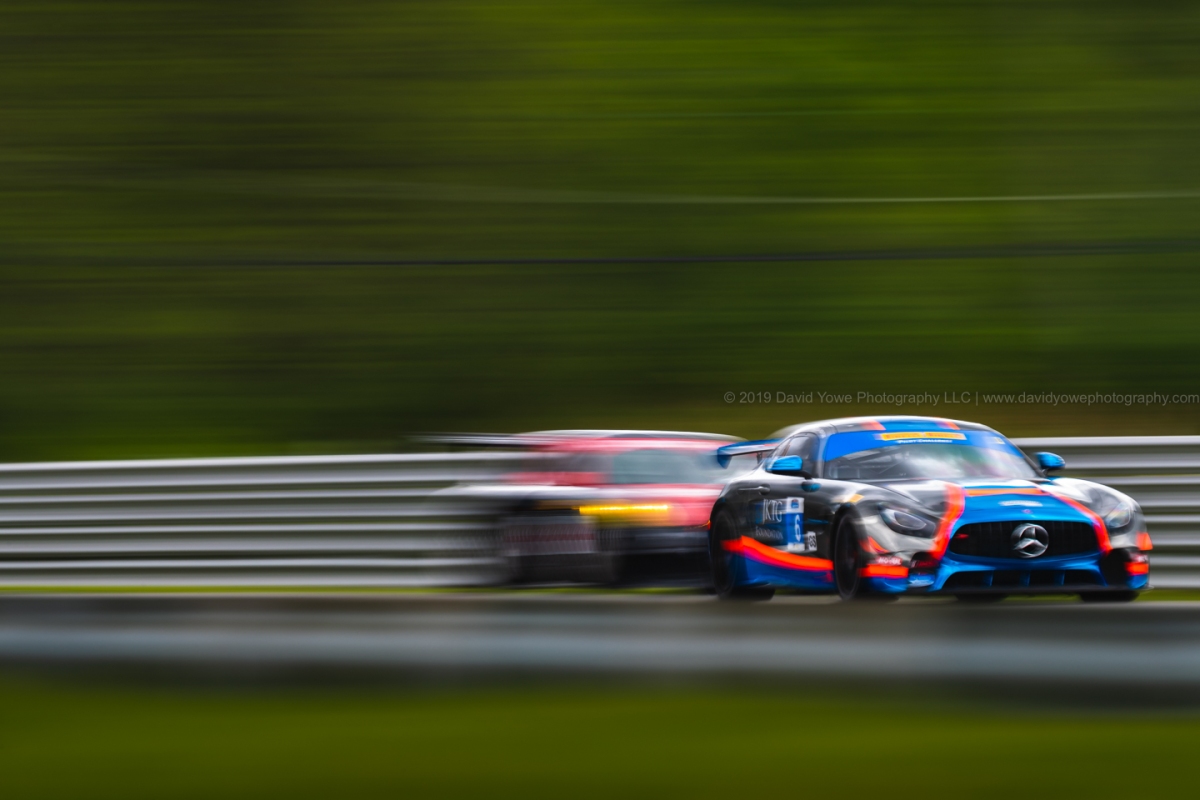 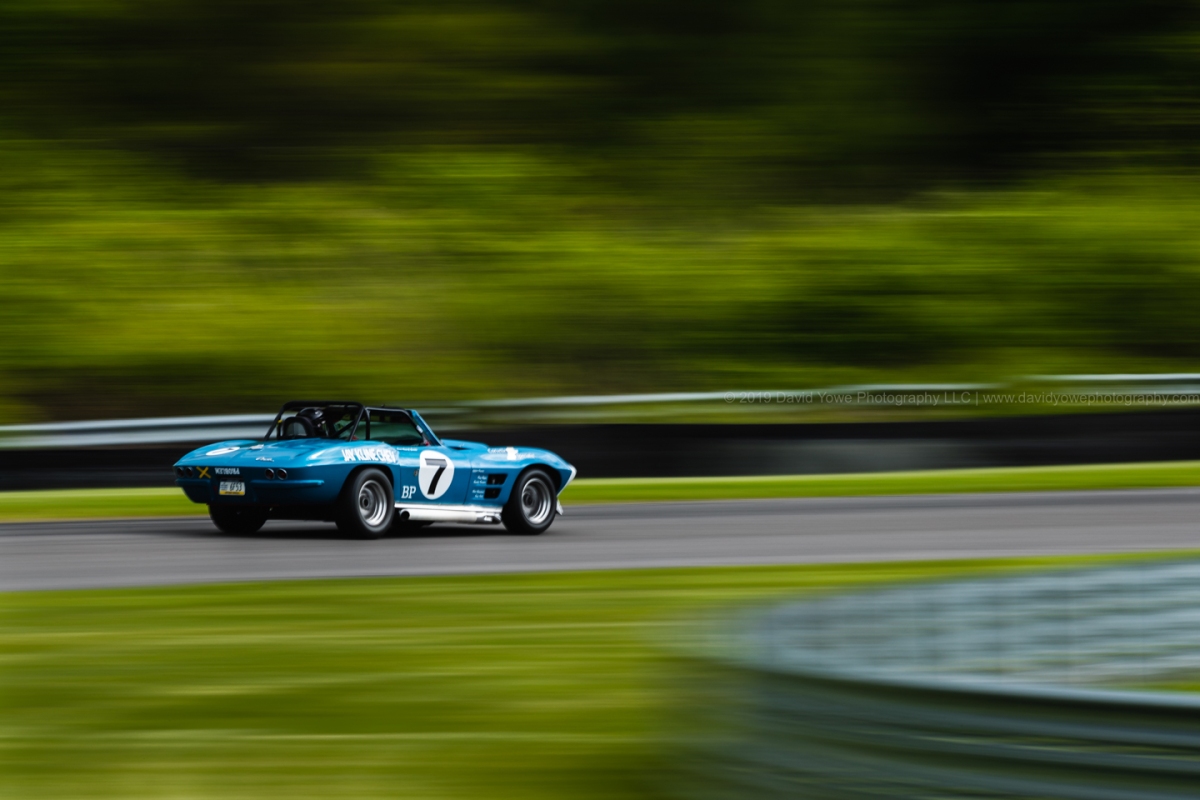 Headed back to the Esses to practice rear panning shots of the sports cars. Another favorite, the #7 Corvette, speeding into the Esses. 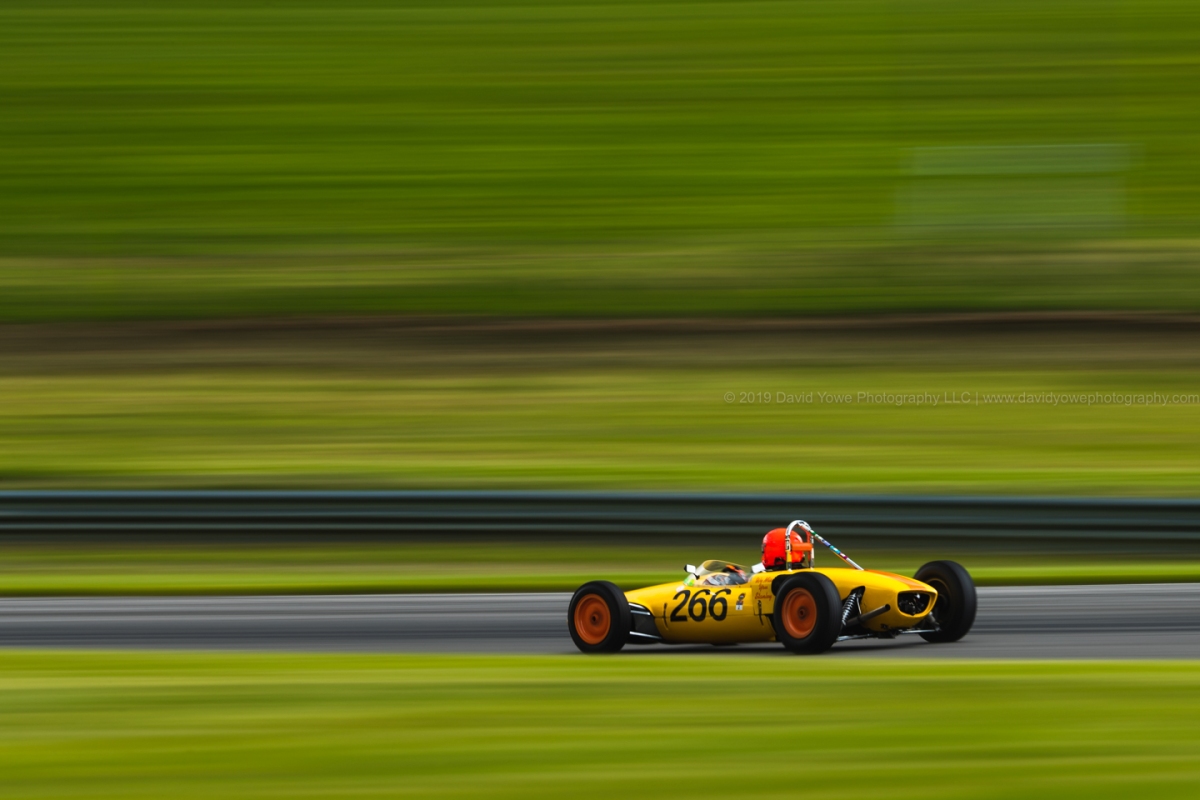 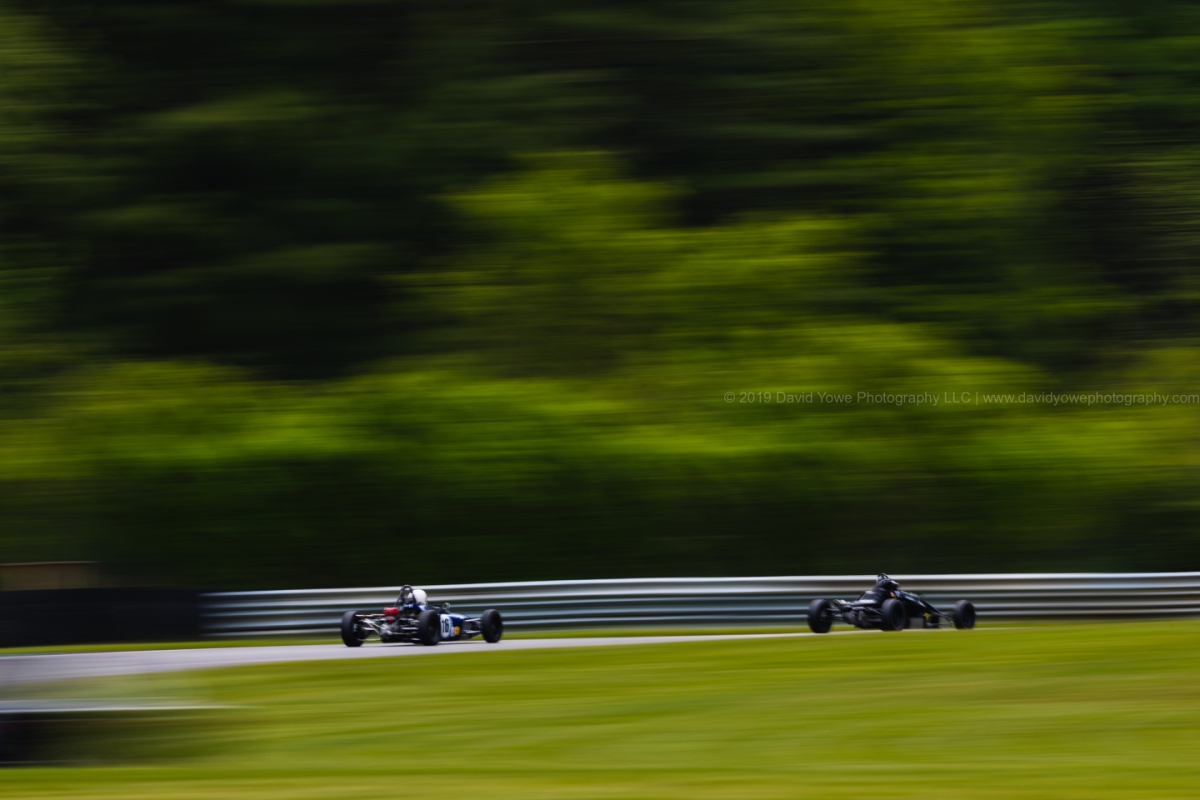 Continued along the inside of the Esses for shots of the cars as they sped out of this part of the track. For these photographs, a 500mm lens is needed to give you enough reach. 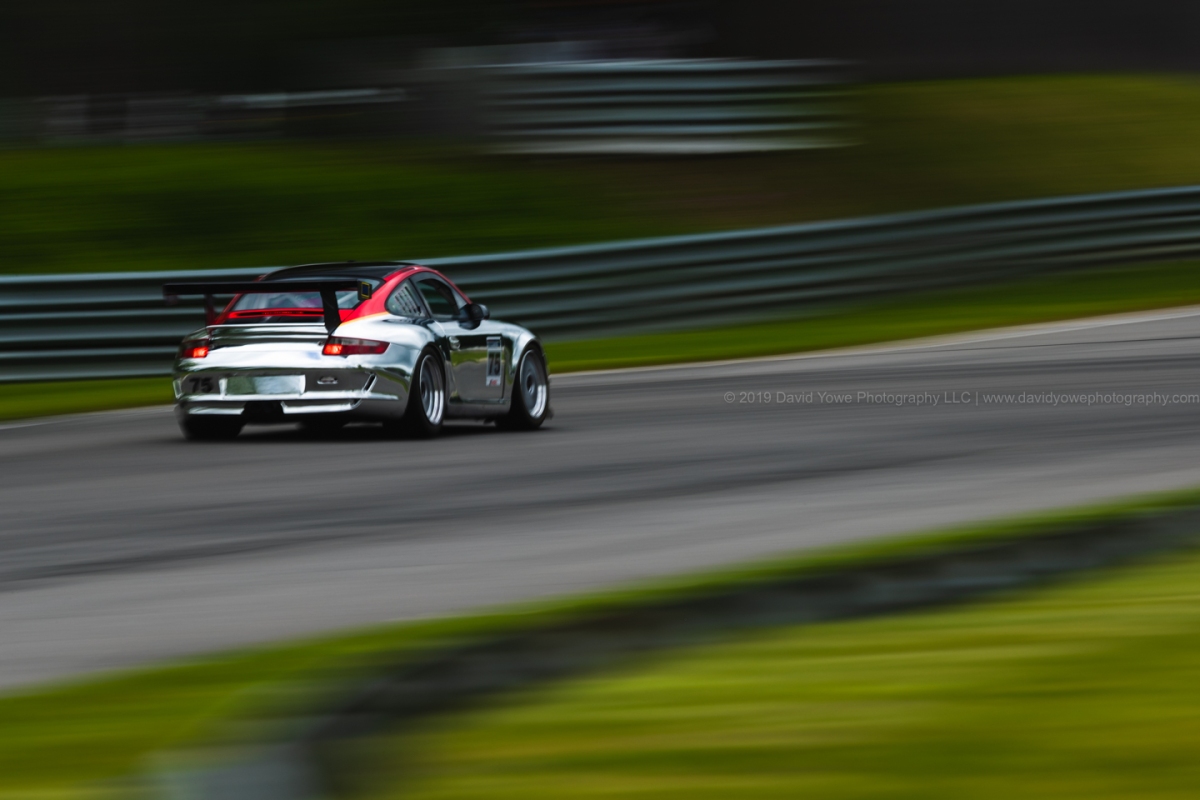 After the Esses, walked up the hill, through the camping area, over to the straight between the Uphill and Big Bend. This is a shot of a Porsche heading into Big Bend. 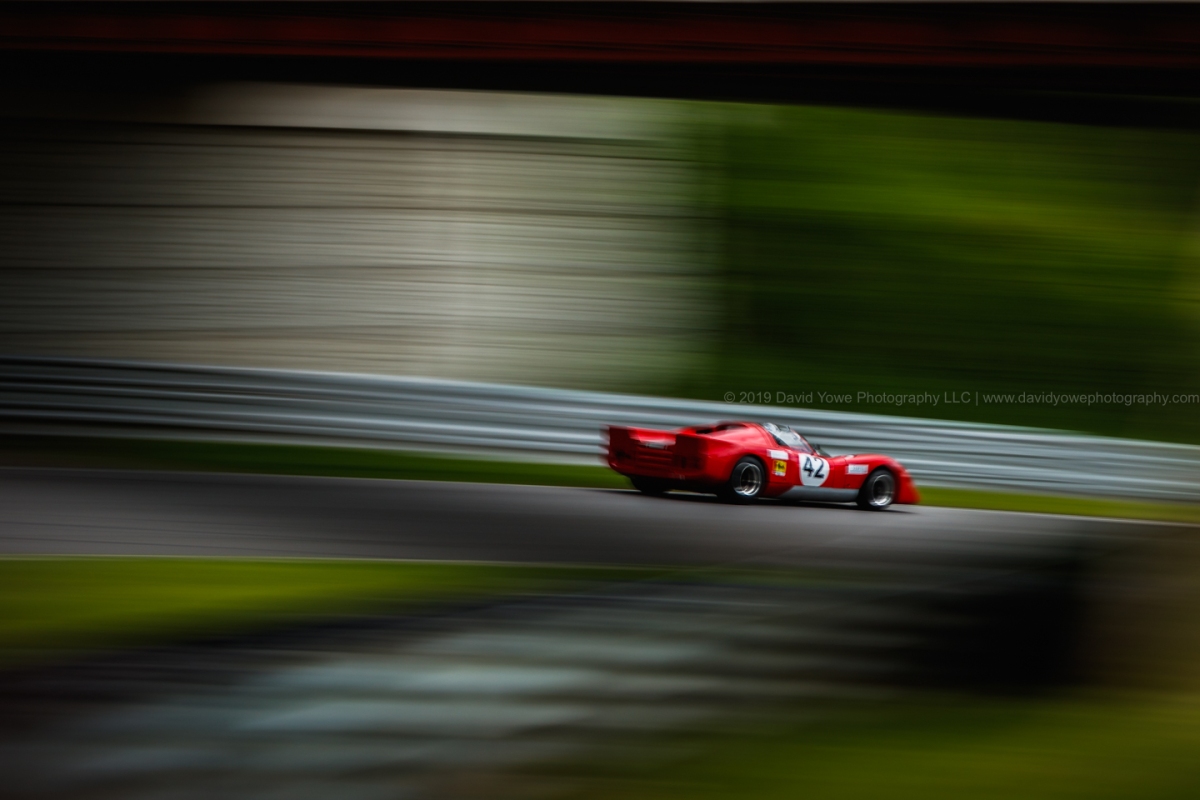 As I walked around West Bend noticed a vantage point where you can get a shot of the cars speeding under the automobile bridge. With the last session completed, it was time to head back to the car, then the hotel for a good nights rest. 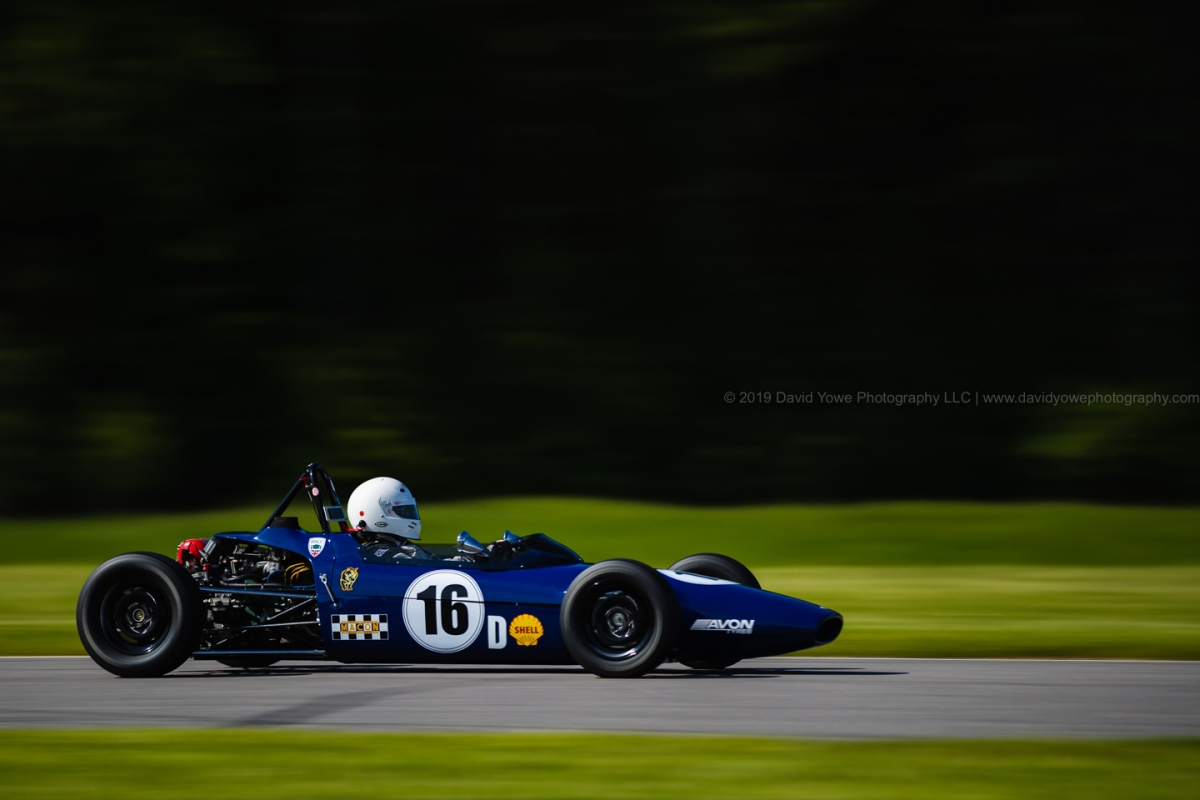 The next day we were greeted by beautiful sun light which illuminated the grass along the track at the Esses. In the early morning, you get some beautiful low rear and side lighting which contrasts well with the shadow-covered trees in the background. 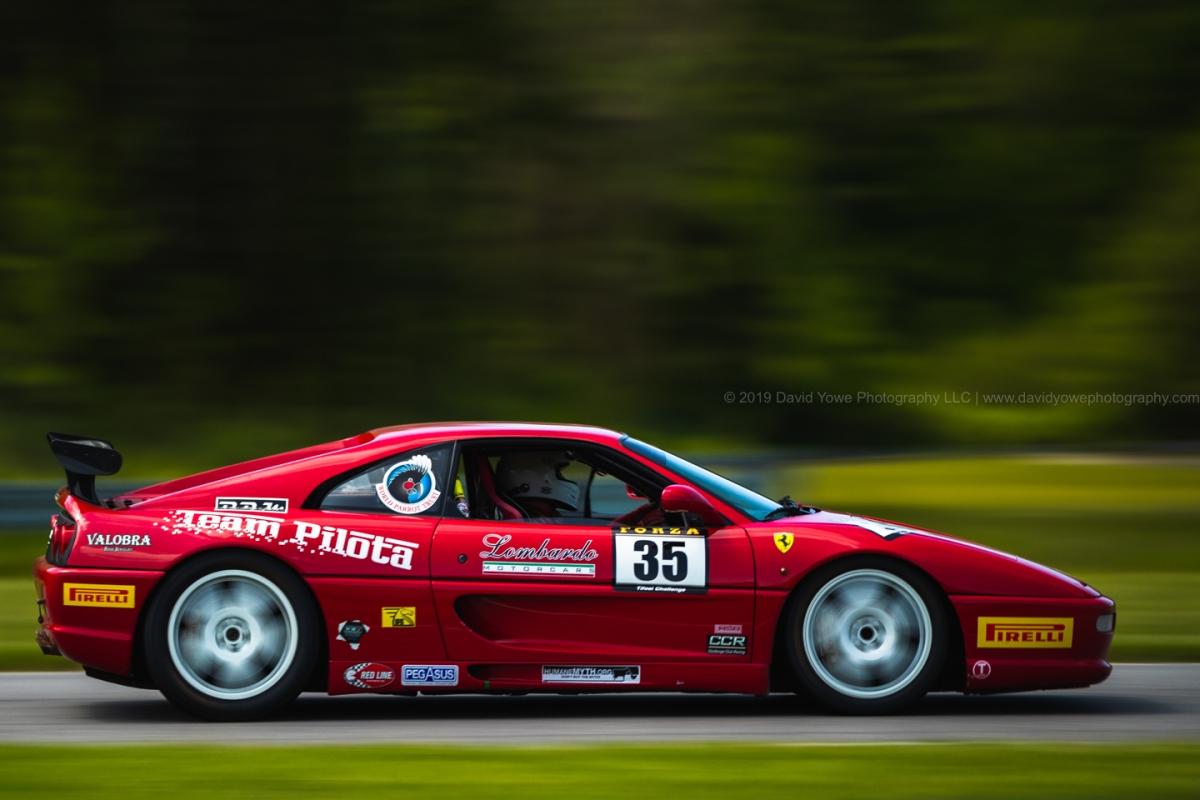 A beautiful Ferrari speeding through the Esses. 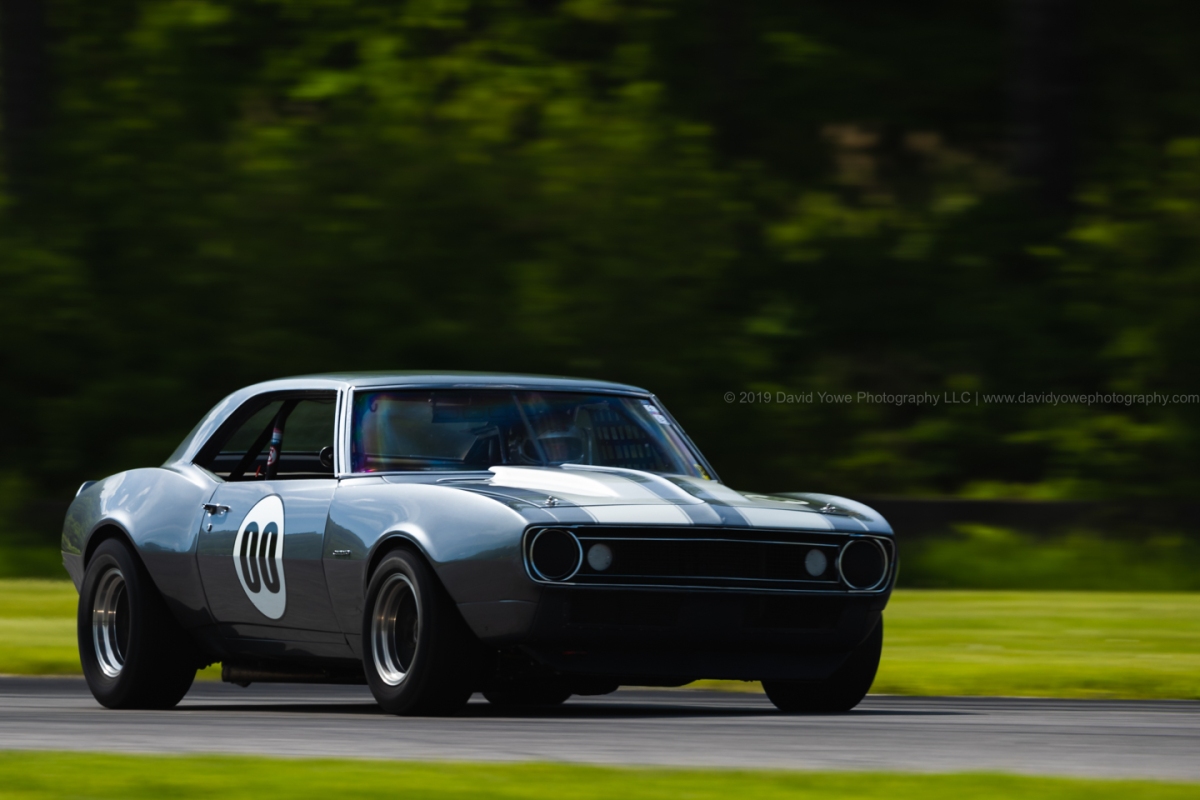 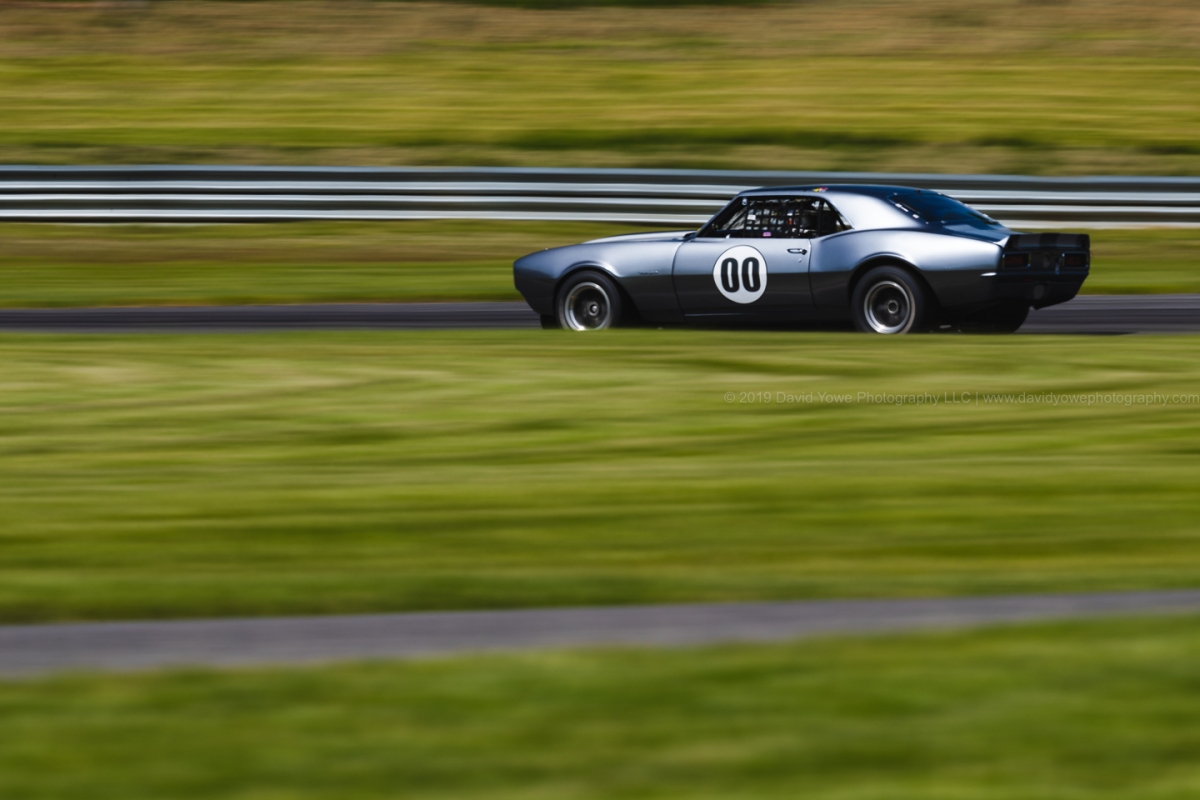 Really liked how the morning light captured the metallic silver colored paintwork of the #00 SVRA car. 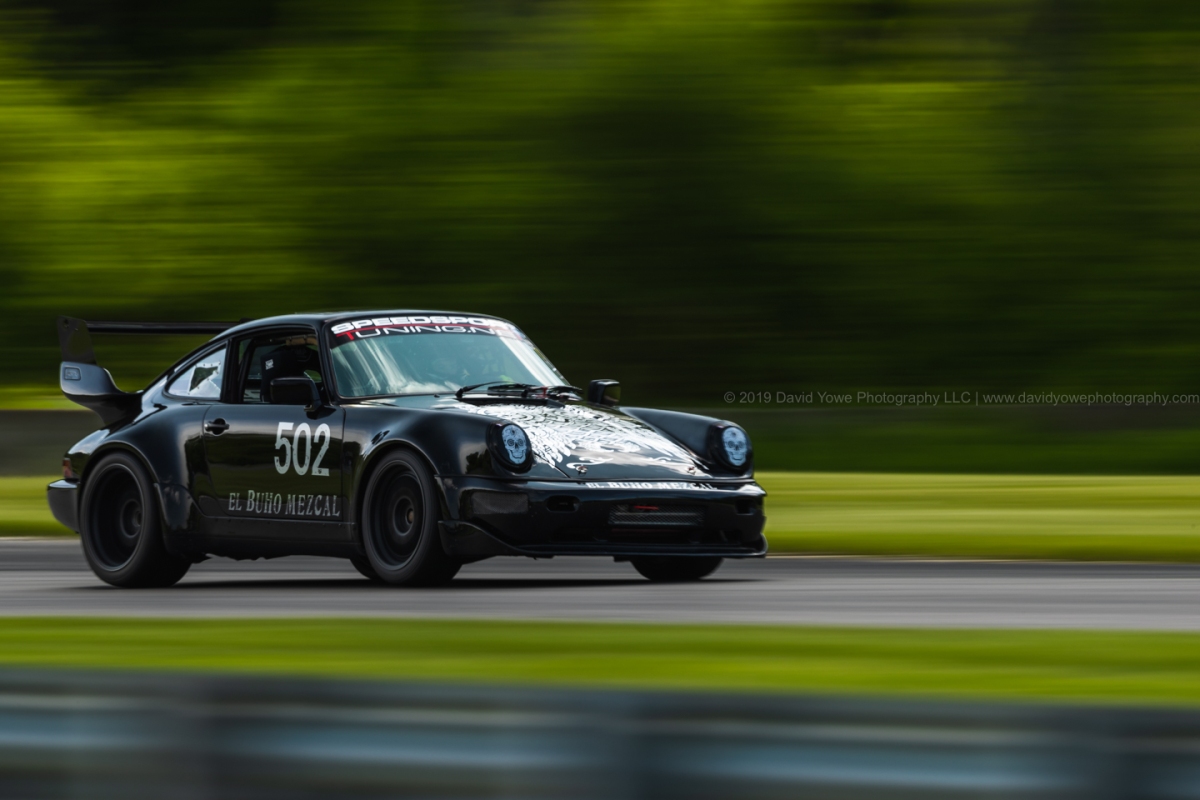 Porsche #502 powering through the Esses. 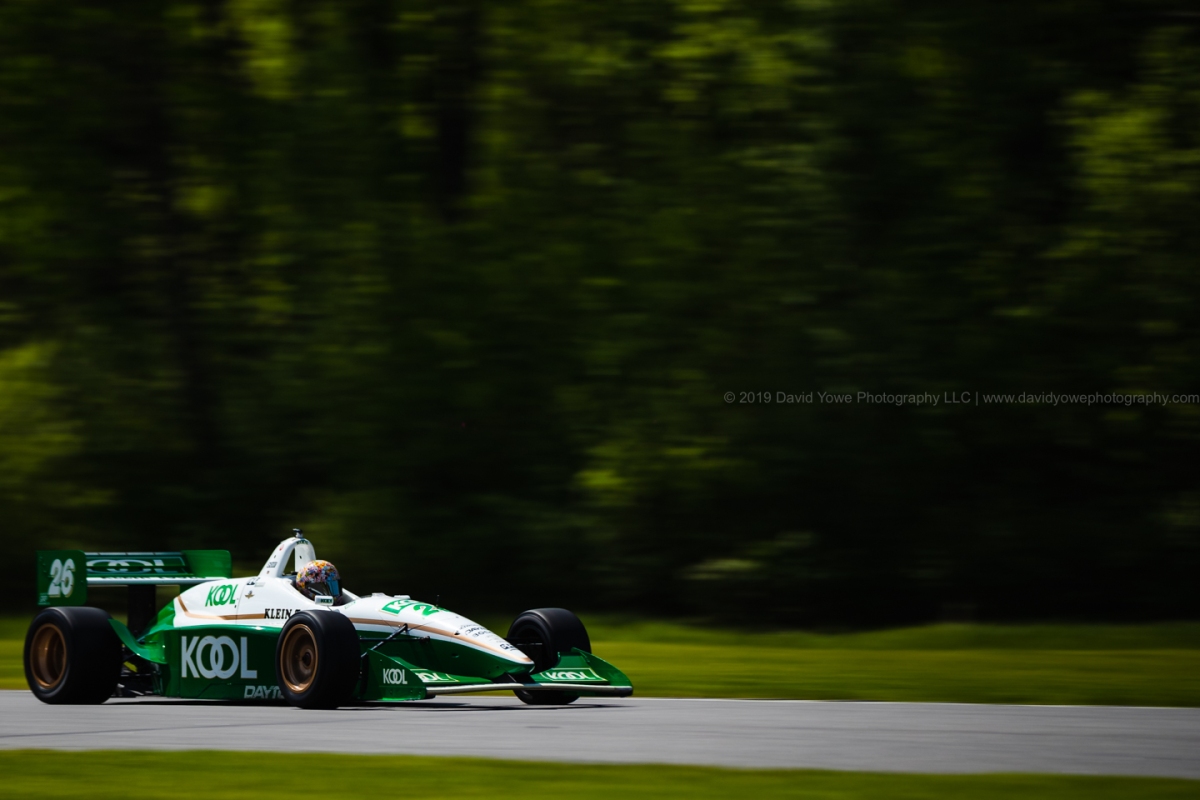 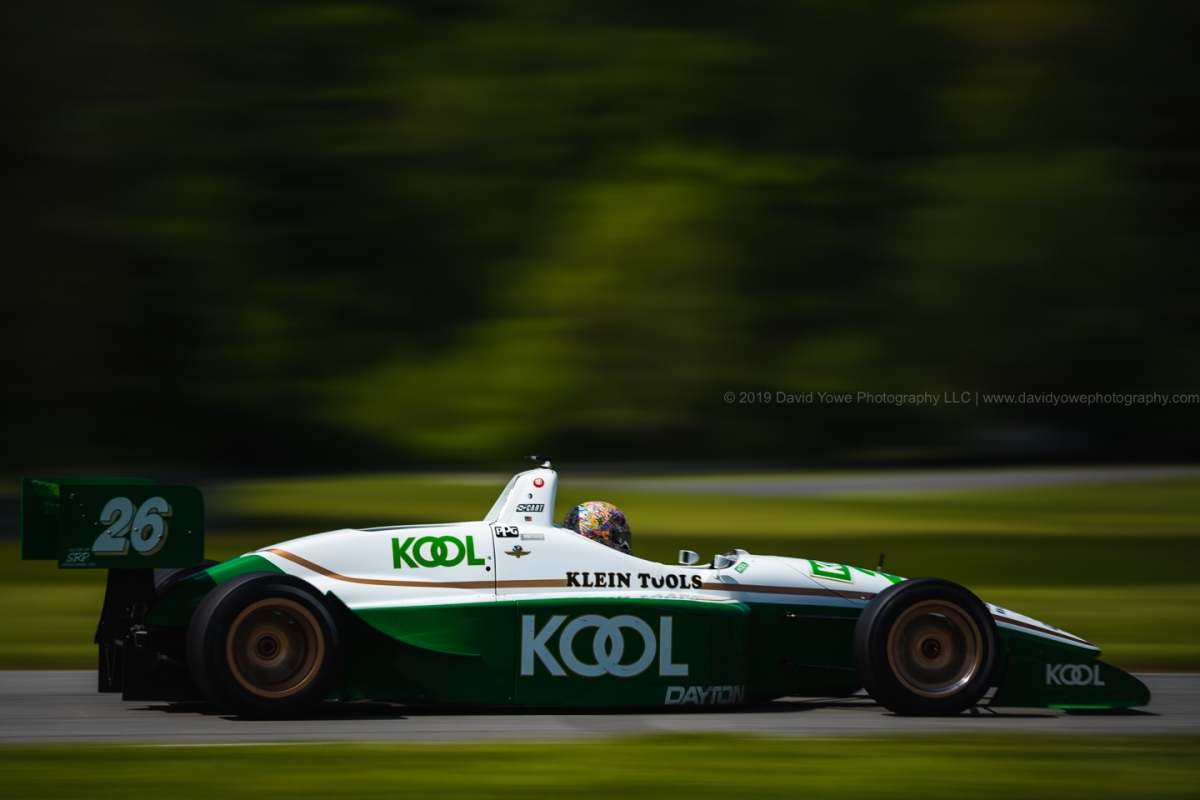 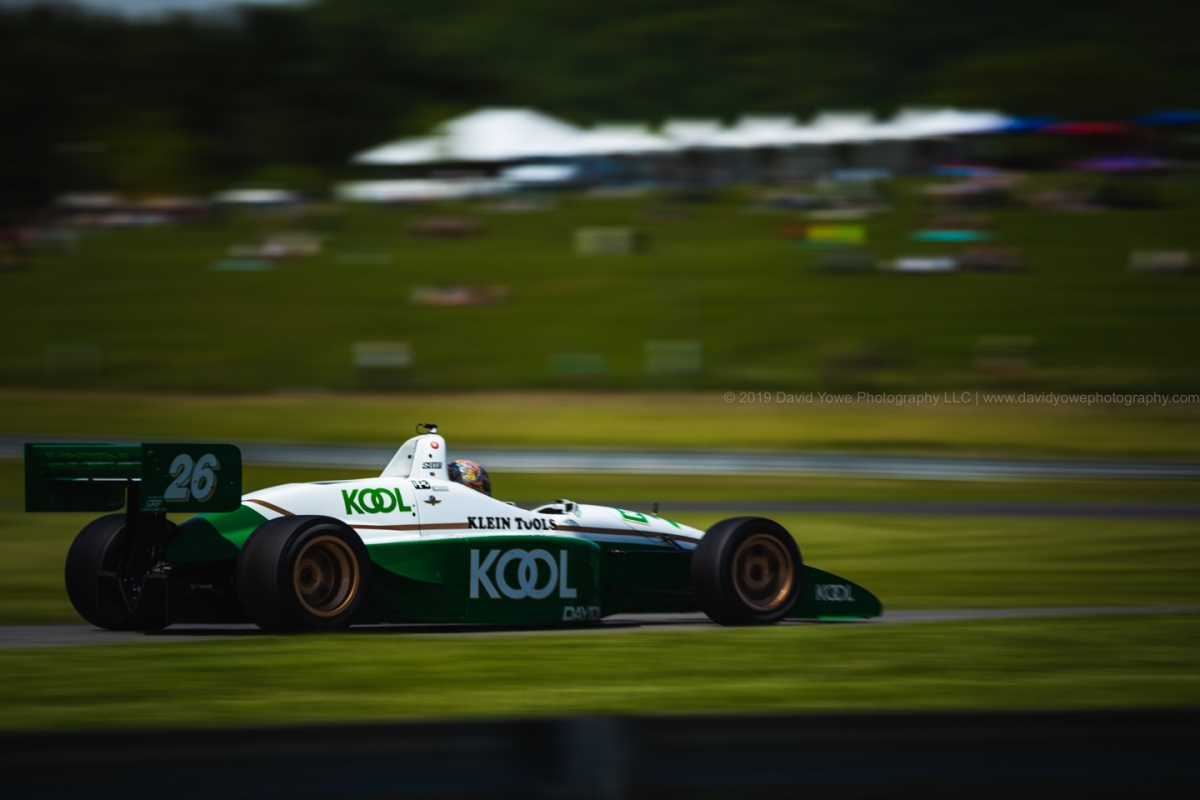 As mentioned above, made a mental note to get more photos of the KOOL T97 Indy Lights car. 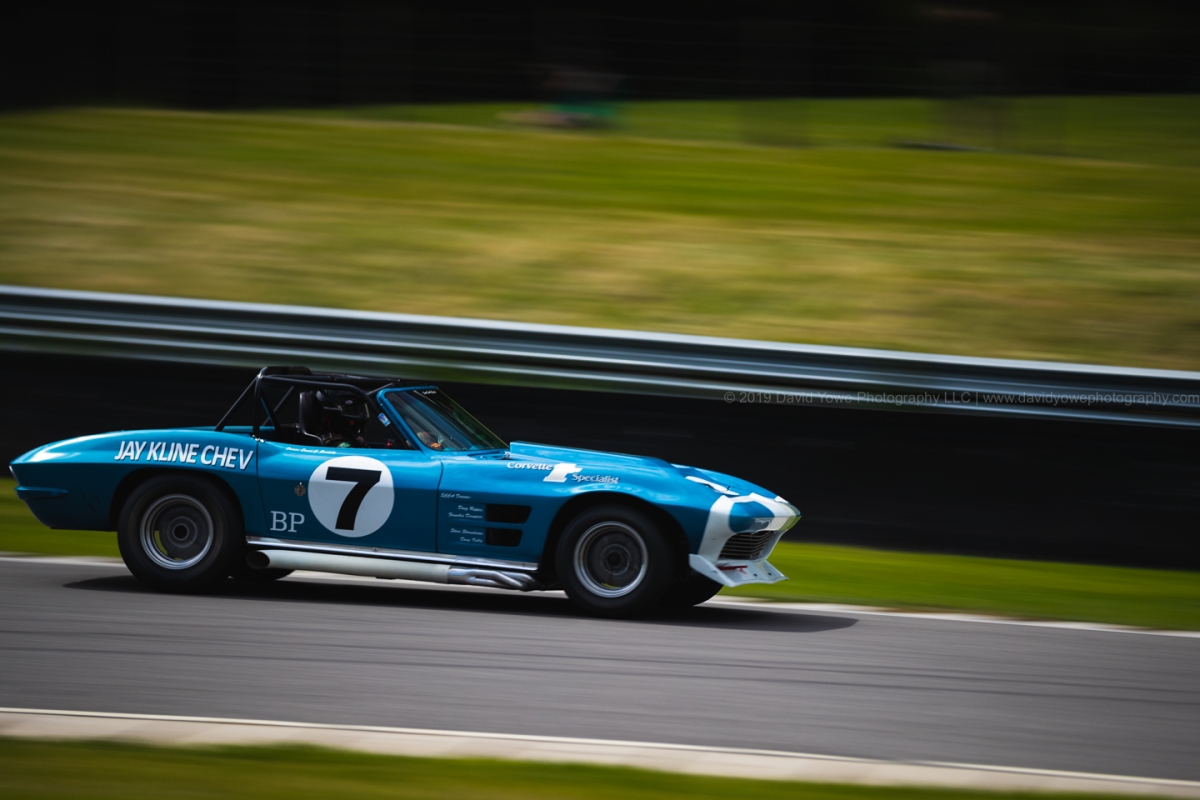 During the course of the day ended up at the inside of the straight between West Bend and the automobile bridge at the top of the race track. Another shot of the #07 Corvette. 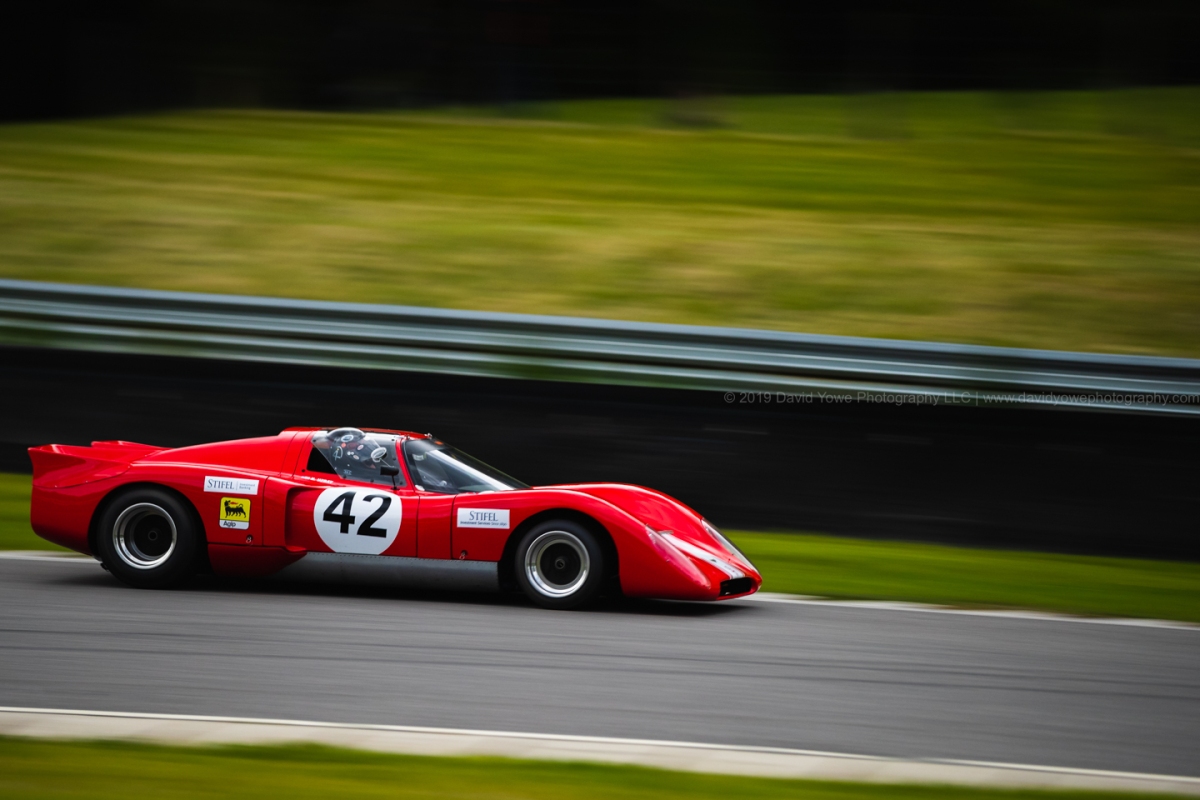 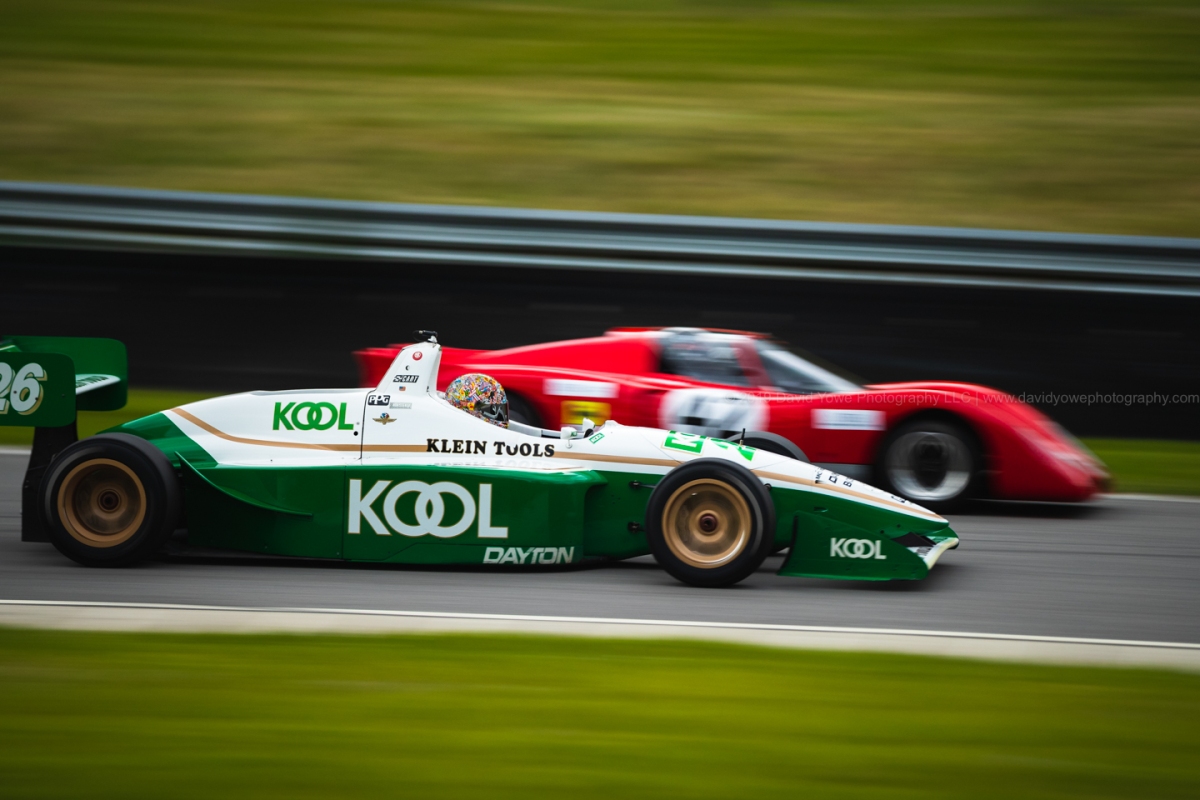 Later in this session the KOOL T97 Indy Lights car passed the #42 Ferrari. 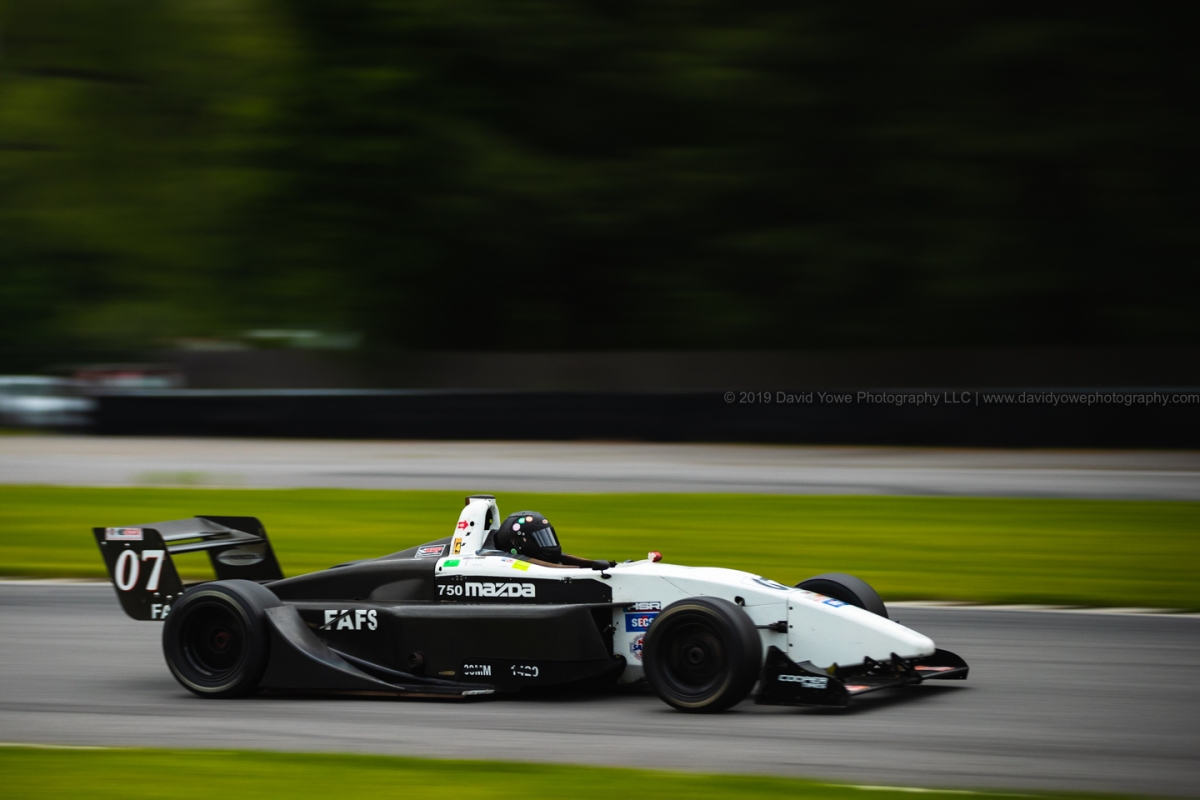 Last shot of the day, with the #07 Mazda

Decided to head home Saturday afternoon so I could spend the rest of the Memorial Day weekend with my wife. Had a great couple of days at Lime Rock Park seeing the vintage race cars. Thanks for spending your time reading this blog.