Sail Boston 2017 started last Friday with the opening ceremony, followed by the Parade of Sail on Saturday. Throughout the week are public boardings of the ships and other activities until they leave this Thursday for other ports in the Rendez-Vous 2017 Tall Ships Regatta. This blog is about the Parade of Sail, which marked the arrival of the tall ships in Boston for the first time in 17 years. Hope you like the photos. 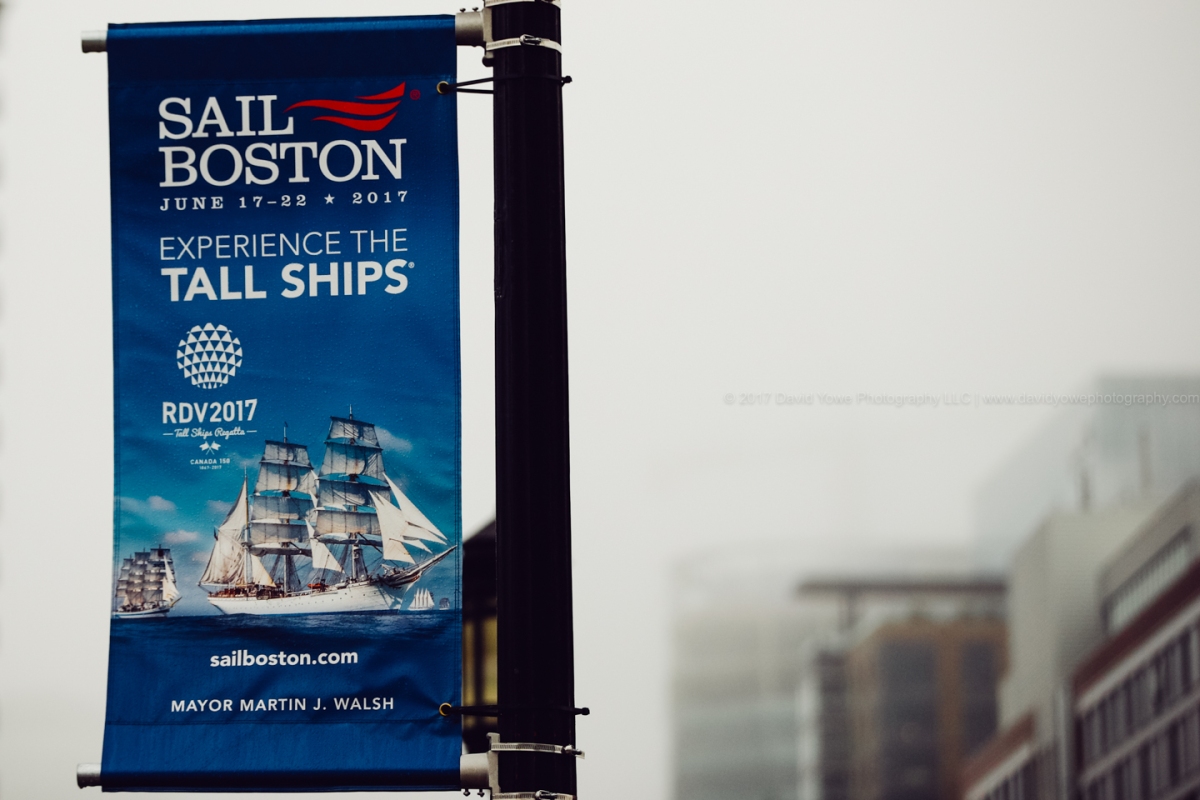 Due to the large number of spectators expected, parking restrictions, and heavy security; drove to Cambridge, then took the MBTA to South Station, and walked to the waterfront between the Federal Courthouse Dock and Fan Pier.

About fifty tall ships were planned to start their parade at 9 am in Boston Harbor, where they would enter the inner harbor, then dock at their ports in Charles Town or Boston. However, due to heavy fog, the start of the parade was delayed. 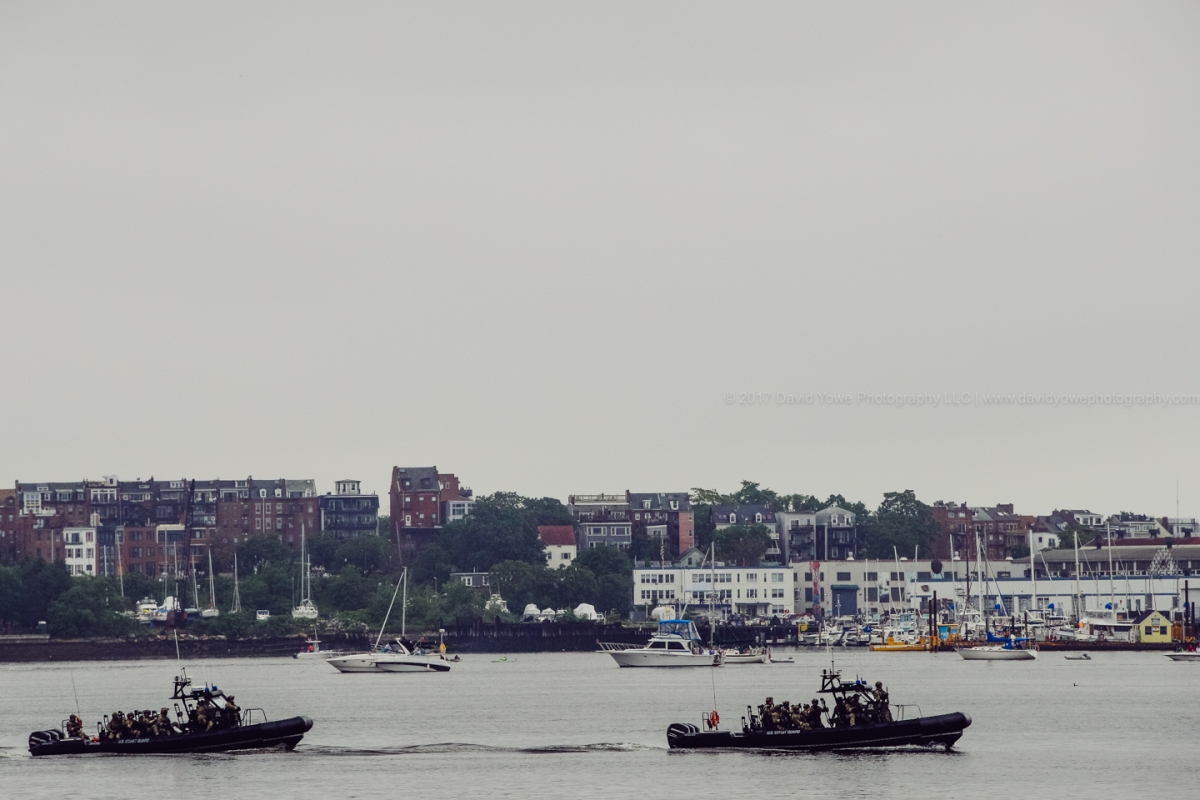 Around 10.10 am the fog cleared, and security were getting ready for the tall ships to arrive. 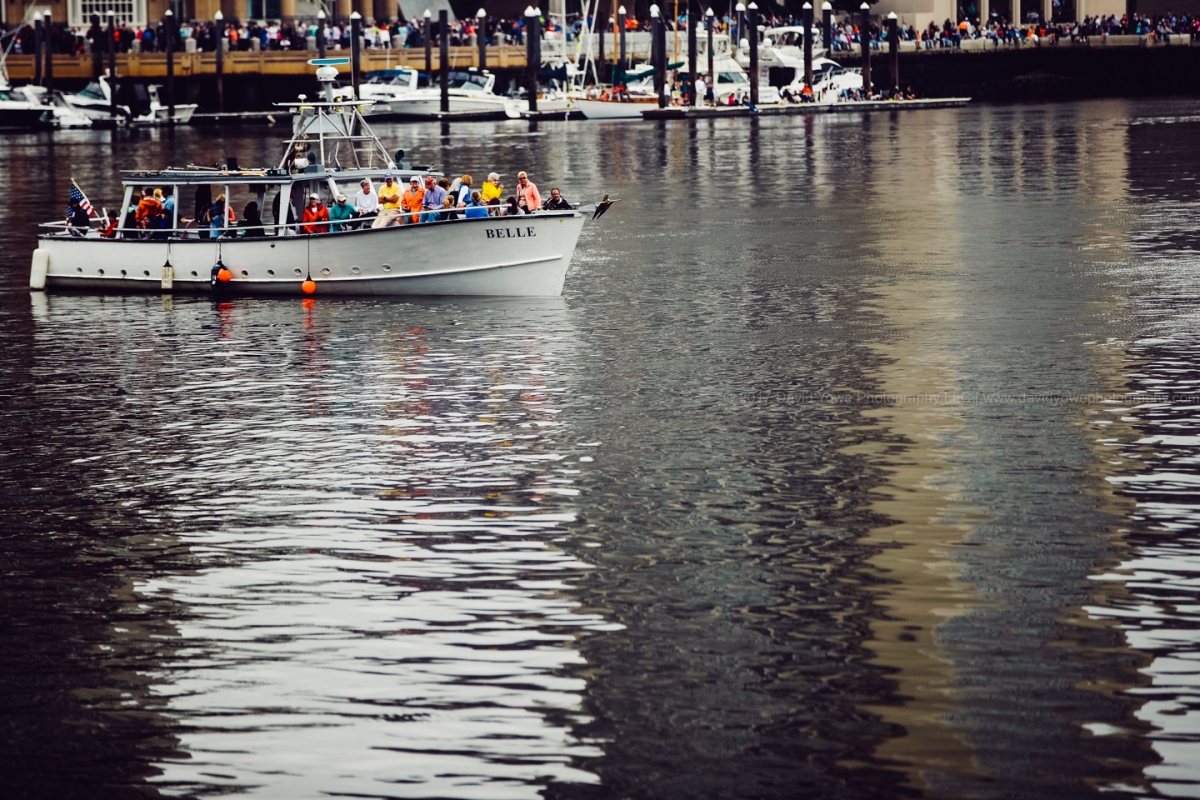 I think these spectators had a great vantage point to see the tall ships.

The first tall ship to arrive was the Eagle, which is a Coast Guard training ship. The ship was built in 1936, is 295 feet long, and its hull is made of steel. The home port for this barque-class ship is New London, CT.

The Bluenose II is from Lunenburg, Nova Scotia. This schooner was built in 1963, is 143 feet in length, and its hull is made of wood.

Was really cool watching (and hearing) the Pride of Baltimore II firing board-sides with its canon. This topsail schooner class ship was built in 1968, is 157 feet in length, has a wooden hull, and its homeport is Baltimore, MD. 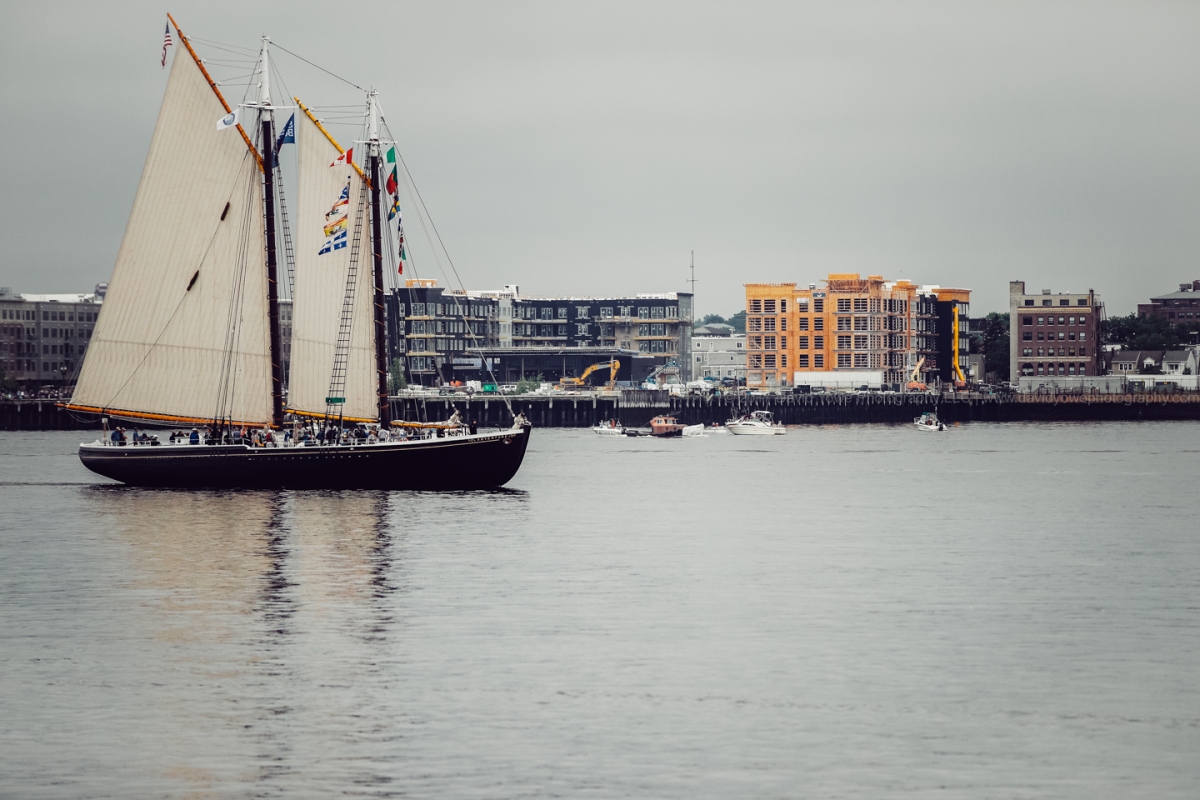 The Roseway (top) and Adventure (bottom) on there way back to their berthing docks.

The Rosewood and another tall ship with the Lighthouse Ship Nantucket and Logan Airport in the background. 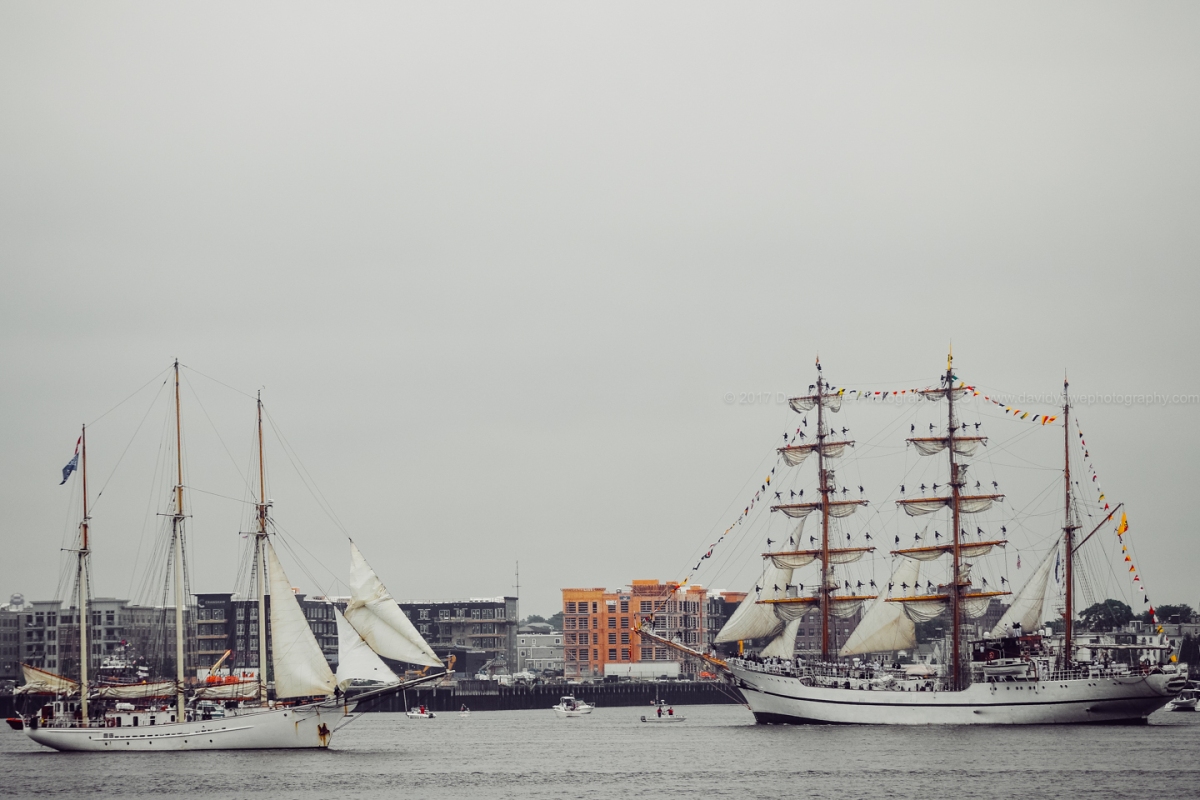 Was cool to see sailers standing on the masts of the tall ship on the right-side of the photo above. 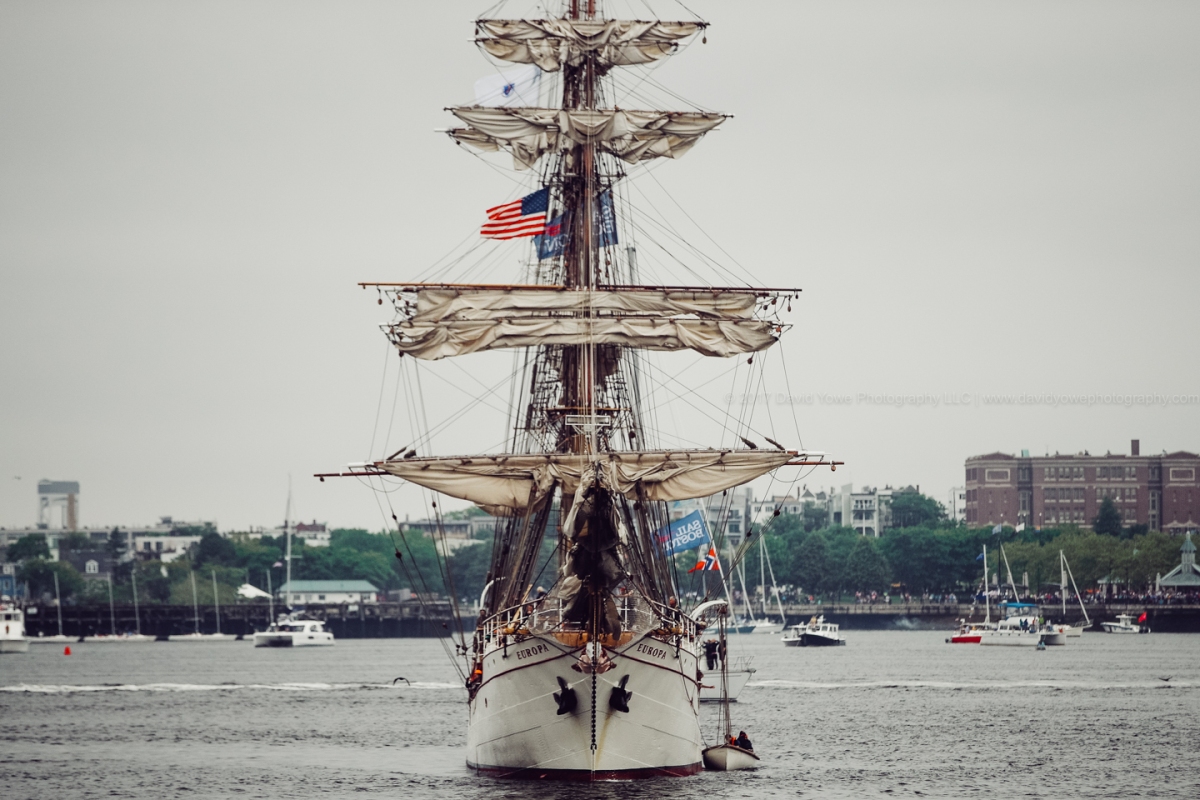 Bow and port views of the Europa, which is from the Netherlands. This barque-class ship was built in 1911, is 184 feet long, with a steel hull.

Pride of Baltimore II on its way to its berthing dock. 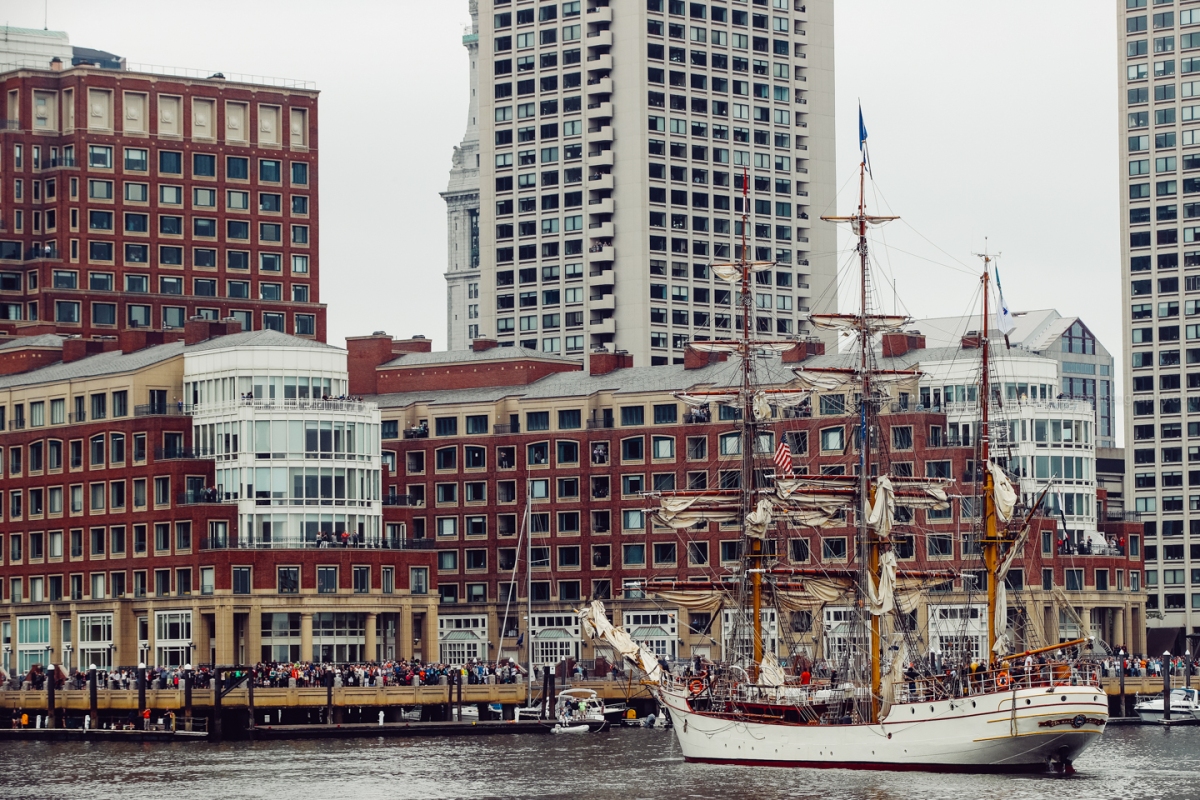 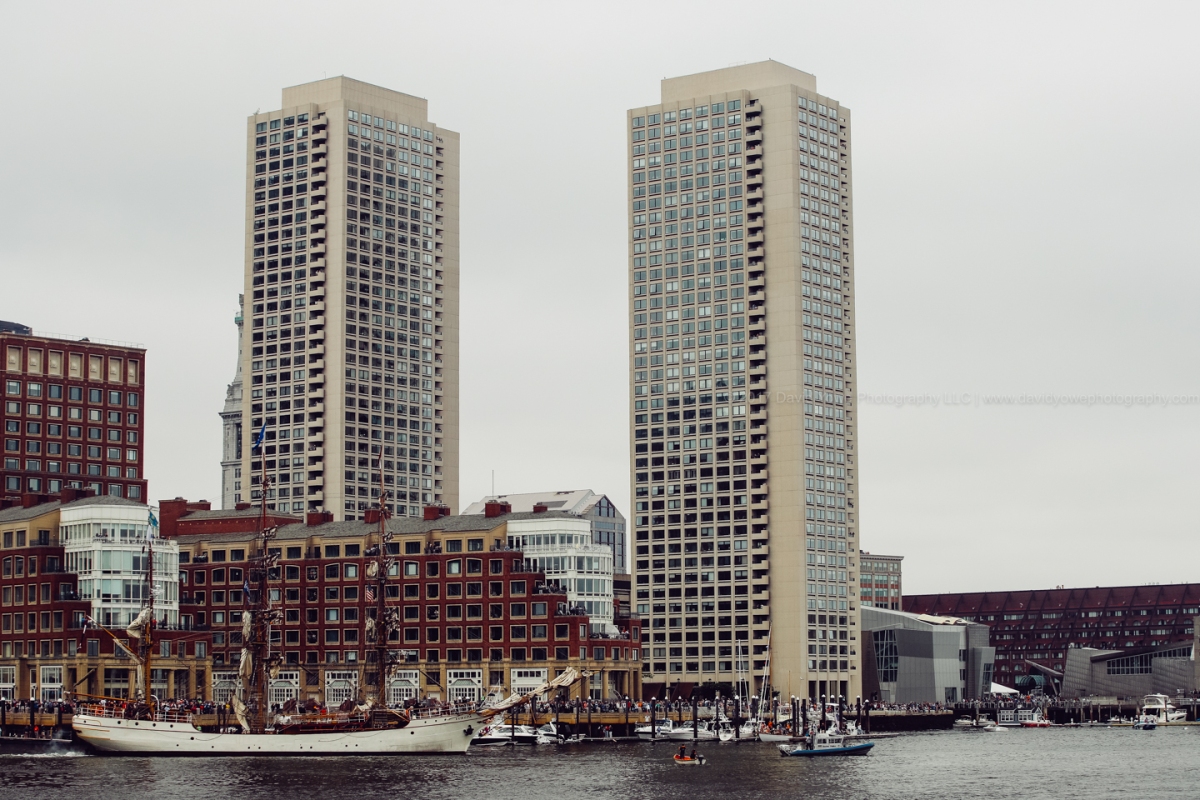 The Europa heads to its docking berth near the Boston Harbor Hotel.

Had a great time watching the Parade of Sails. Hope to see more of the ships later this week. Thanks Sail Boston for bringing the tall ships back to Boston.