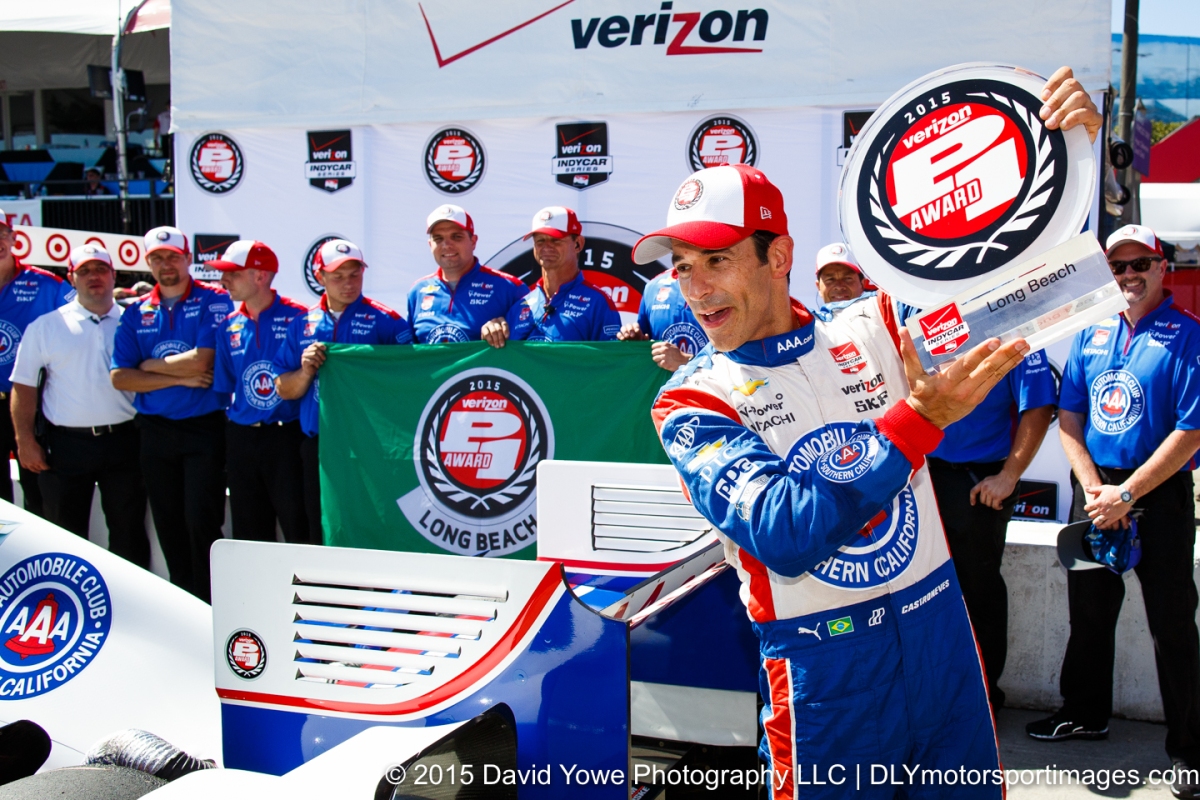 The Indy Car qualifying session was held mid-afternoon, and Helio Castroneves in the #3 Team Penske Chevrolet was fastest with a time of 01:06.63 at a top speed of 106.33 mph. Second fastest was Juan Pablo Montoya in the #2 Team Penske Chevrolet, then Scott Dixon in the #9 Chip Ganassi Racing Chevrolet. Hope you like the photos.

Decided to cover the qualifying session in the pit area so could get some shots of the drivers and team. Stefano Coletti in the #4 KV Racing Technology Chevrolet in pit lane. 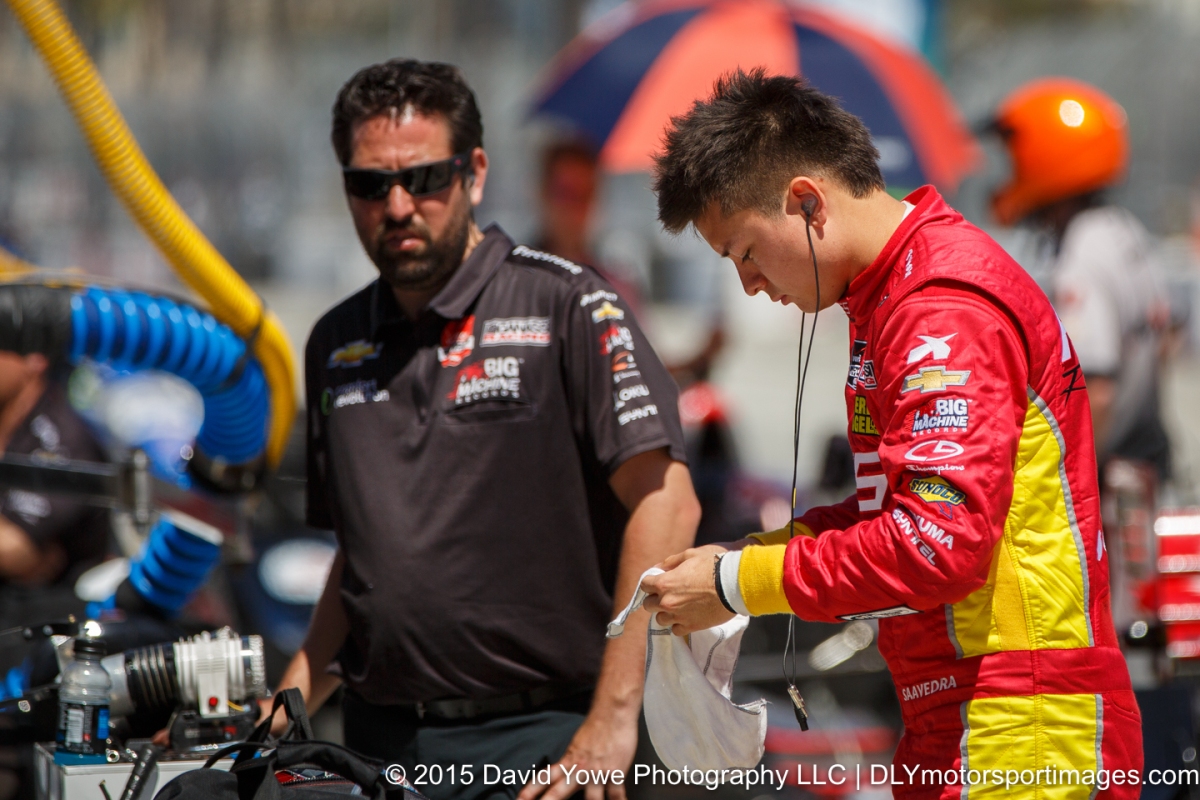 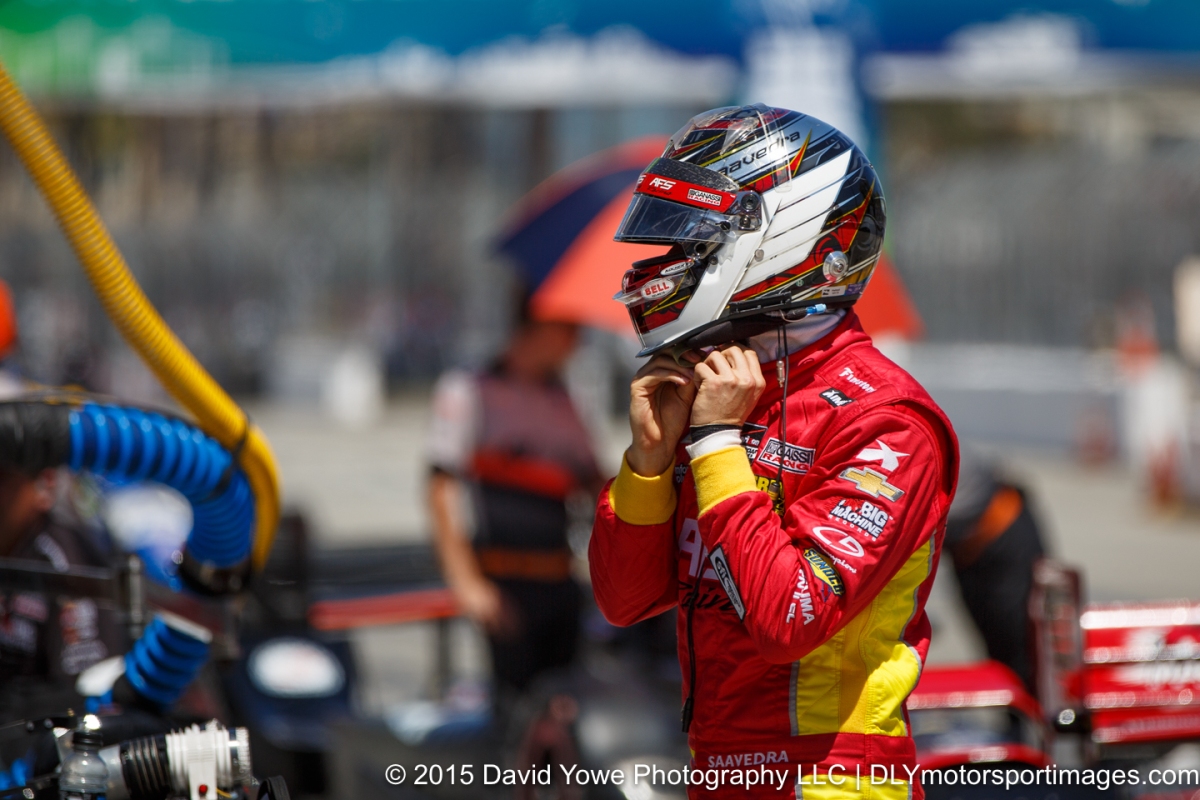 Its always great watching the drivers preparing for there qualifying session. Here’s a series of shots of Sebastian Saavedra preparing to hit the track in the #8 Chip Ganassi Racing Chevrolet.

“Waiting for the right moment” to hit the track with Sebastian Saavedra in the #8 Chip Ganassi Racing Chevrolet. 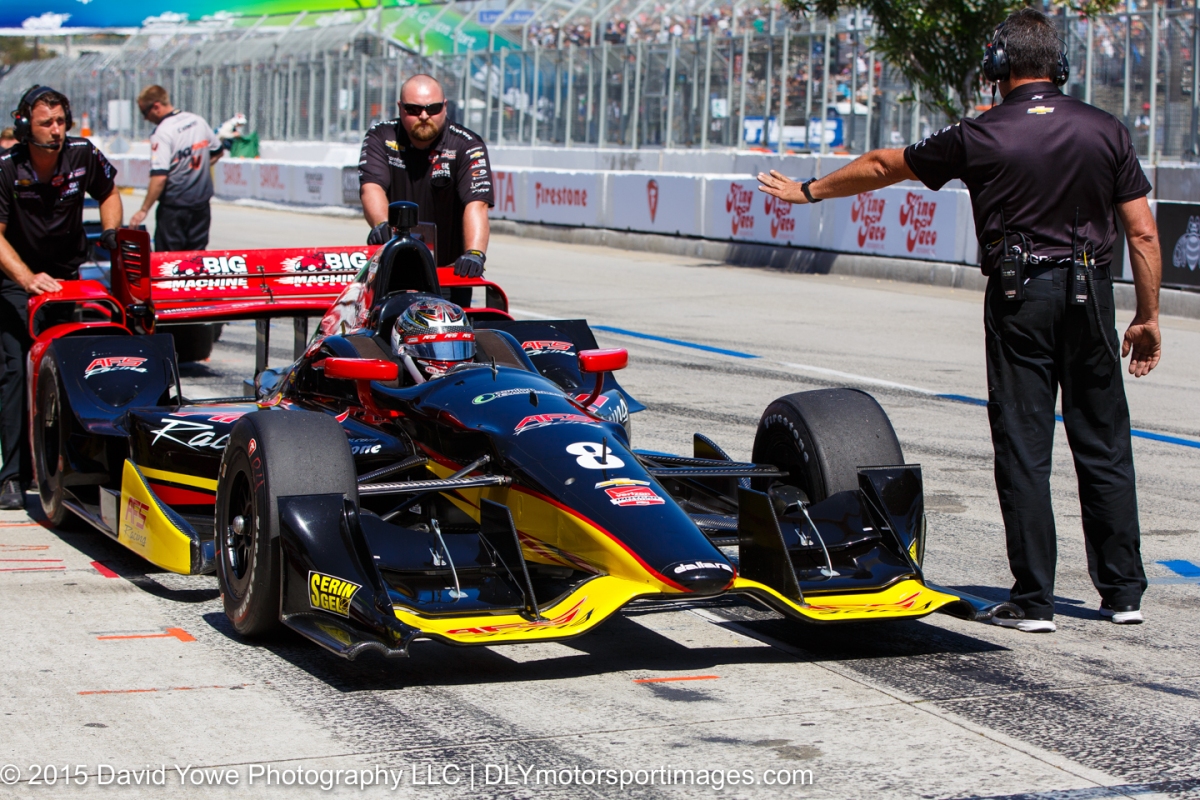 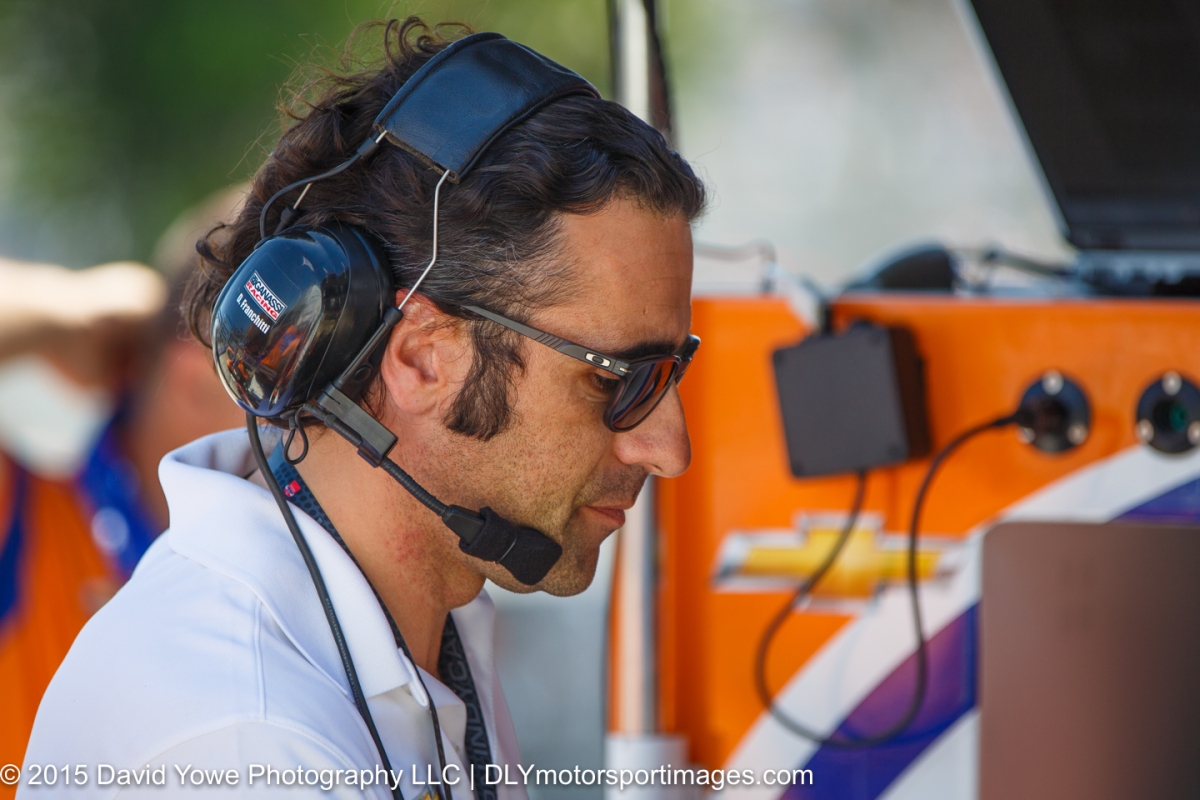 Was great to see four-time Indy Car Champion (and three-time Indy 500 Winner), Dario Franchitti, in the pits giving advice to the drivers. 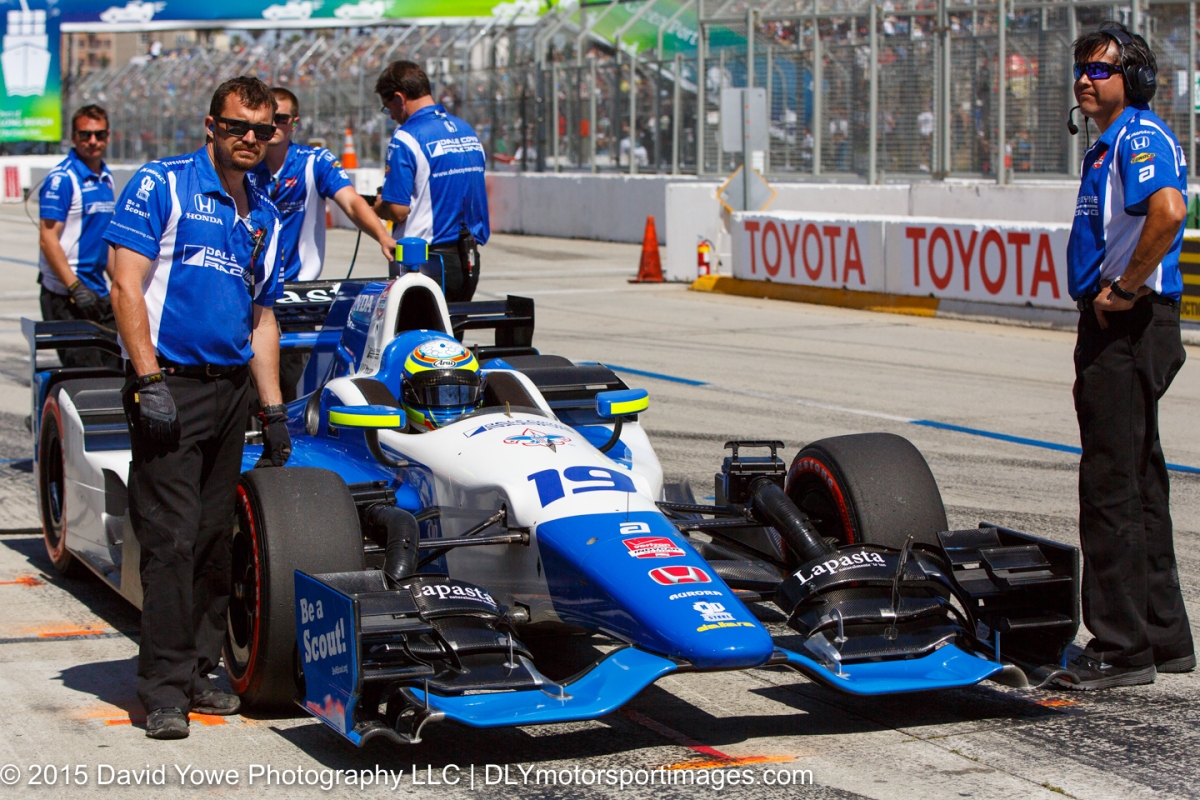 Waiting for the best time to hit the track with Francesco Dracone in the #19 Dale Coyne Racing Honda. 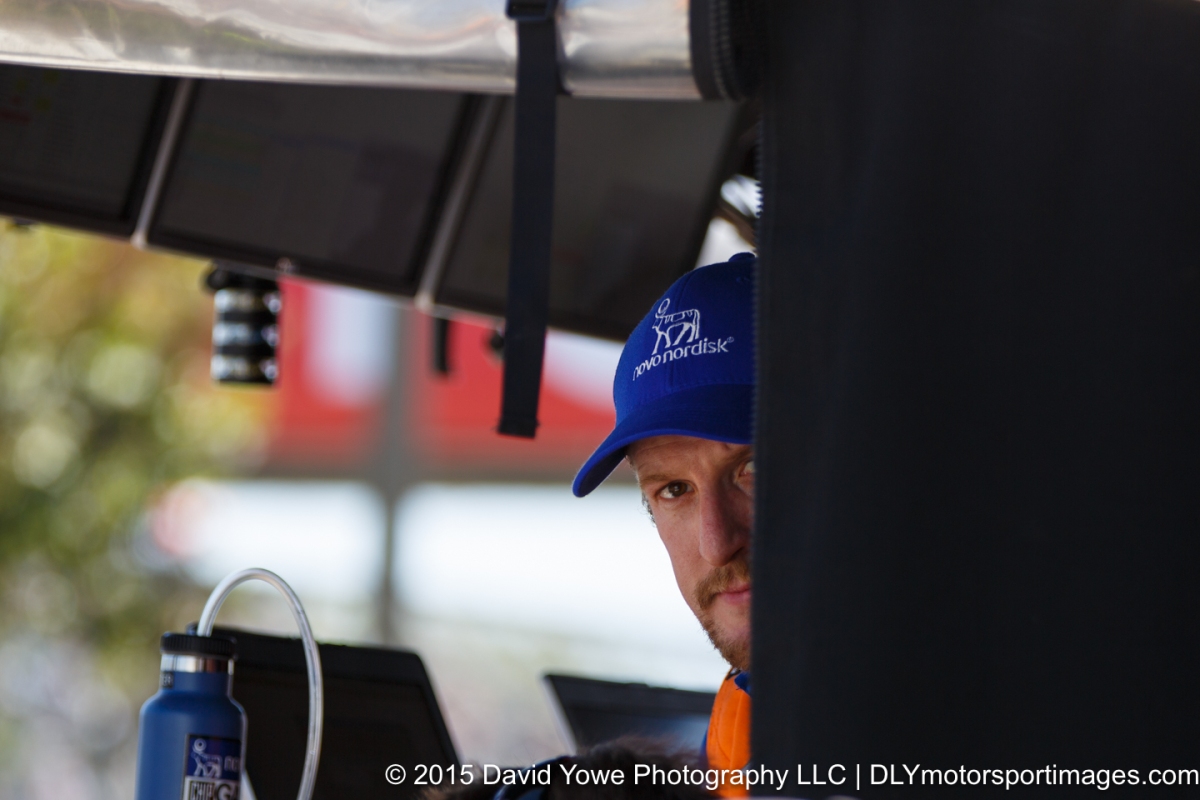 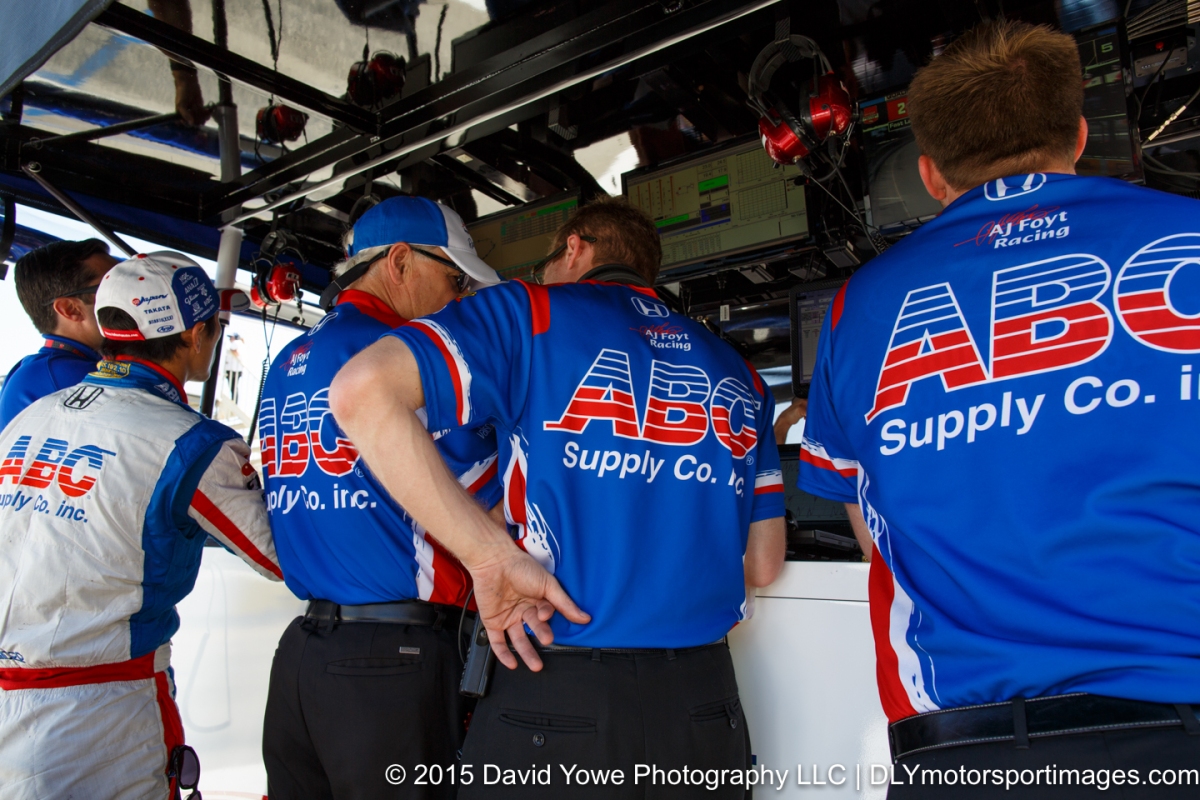 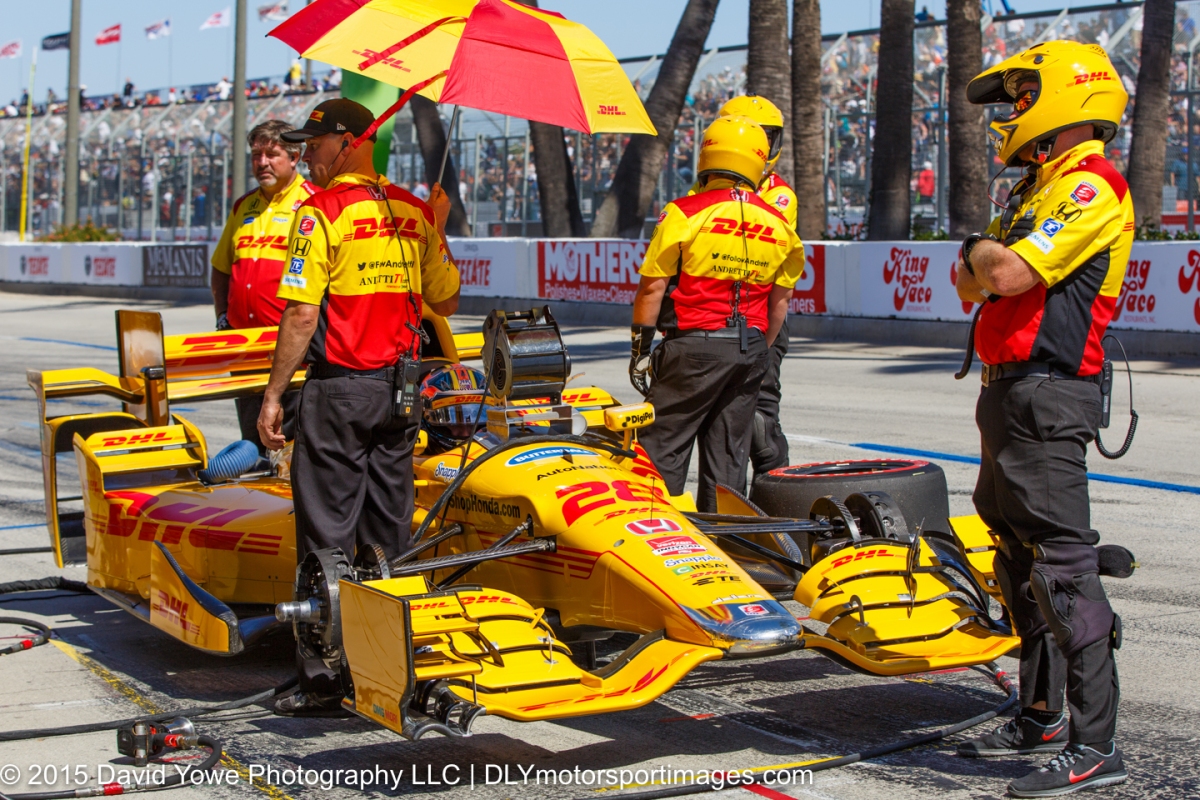 About six and a half minutes until the end of qualifying.