The west coast of Auckland in New Zealand is known for its rugged beauty and black sandy beaches. Black and white film was an obvious choice to capture the beauty of these beaches. First up, is Piha Beach with Kodak T-Max 100 film. Hope you like the photos. 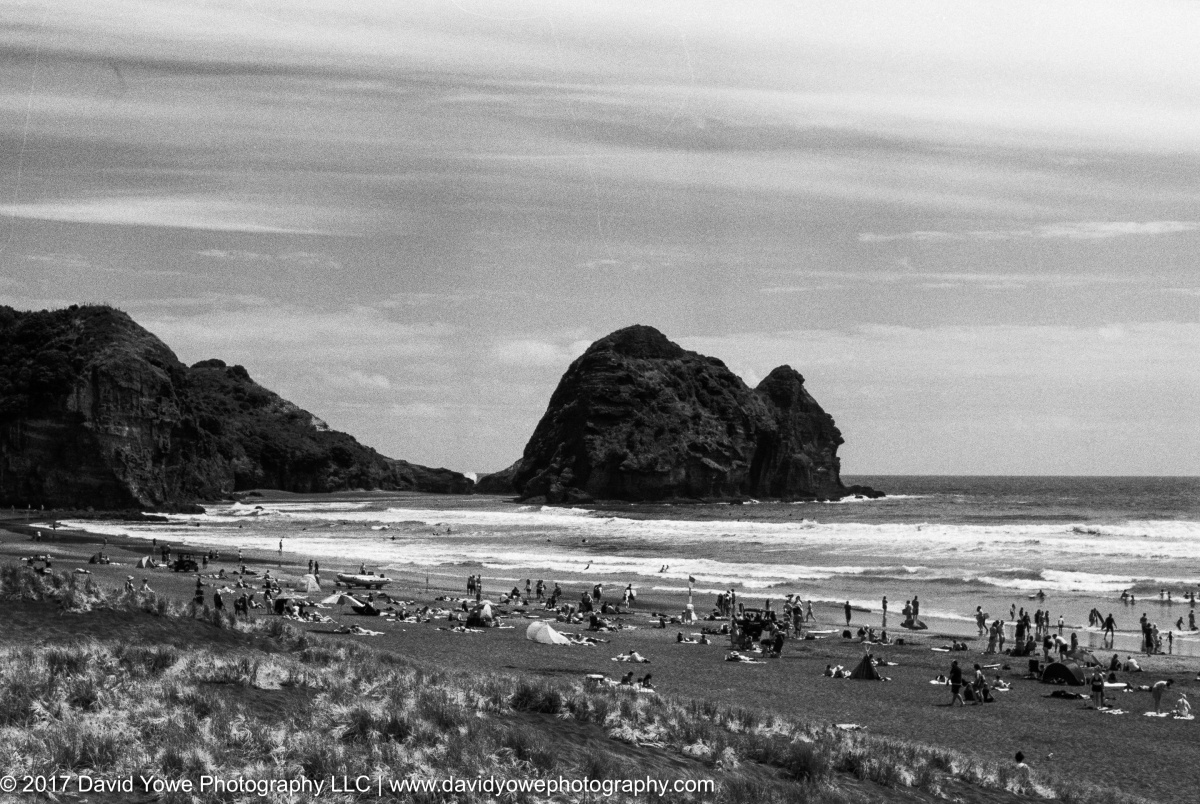 Piha is situated on the west coast of the North Island about 25 miles west of Auckland. The beach was the birthplace of broad riding in the New Zealand and is known for its surf and black sand, which is of volcanic origin. The South Beach of Piha seemed most popular for people to enjoy the surf. 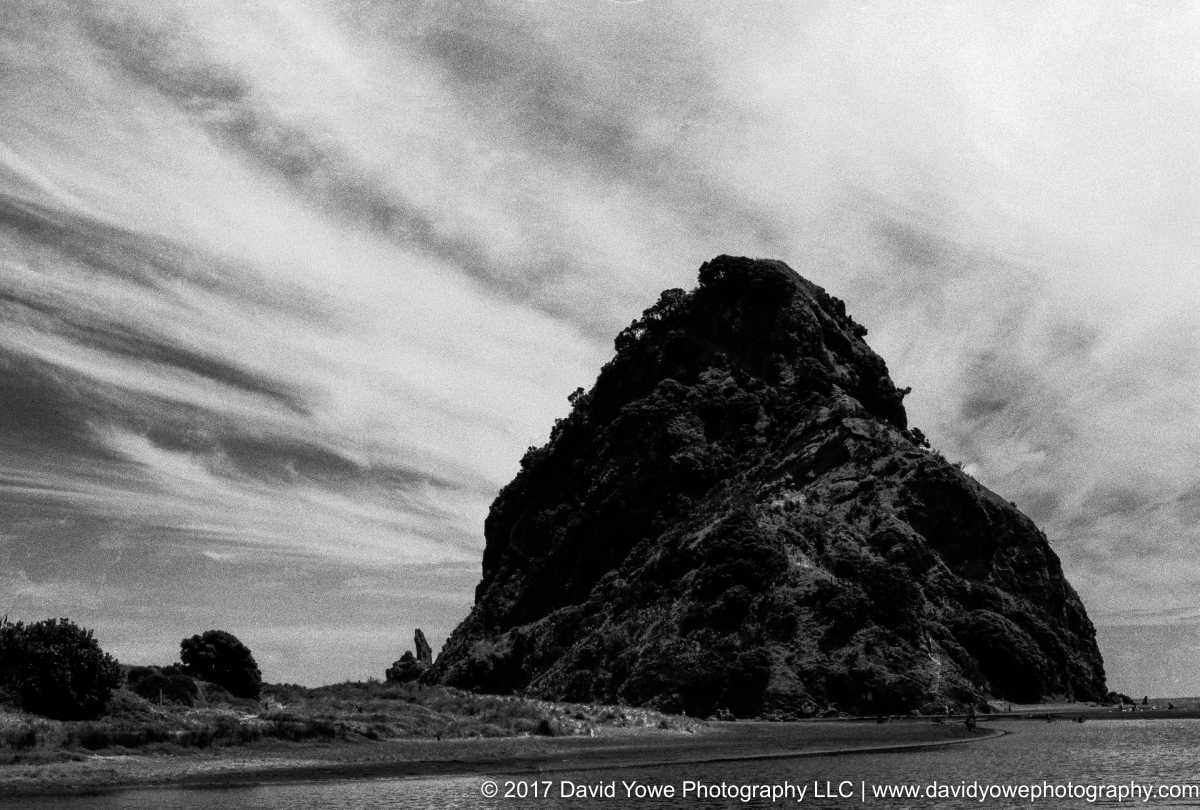 A landmark of Piha beach is Lion Rock which resembles a male lion when viewed from behind. This natural rock formation originated from an ancient volcanic neck and separates the North and South beaches.

After seeing the South Beach, walked behind Lion Rock to get to the North Beach. The light shining across the grass-covered sand was beautiful and contrasted well with the black sand.

From the North Beach you can get a different view of Lion Rock, with the front of the rock looking like the lions paws and the middle of the rock the lions head. Here’s a couple of photos of Lion’s Rock as you walk along North Beach. 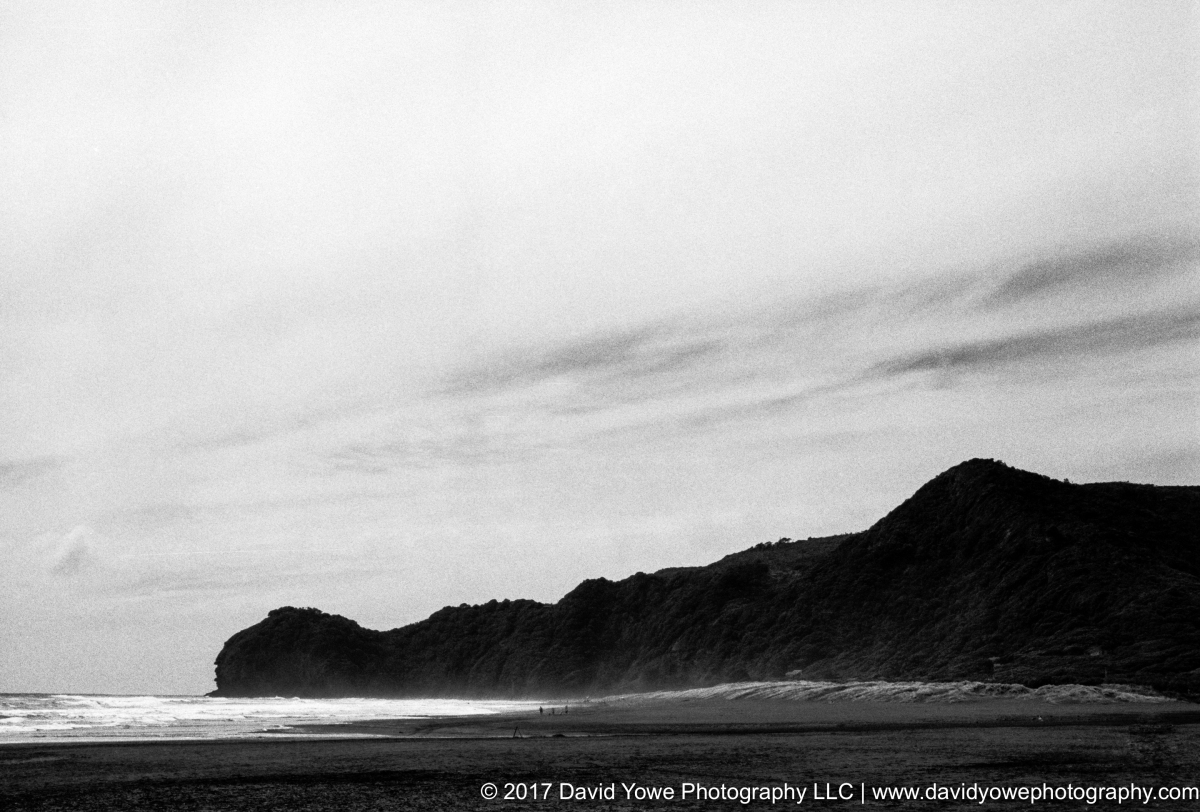 Kept walking along the North Beach and saw a beautiful view of a mountain range encroaching into the Tasman Sea. 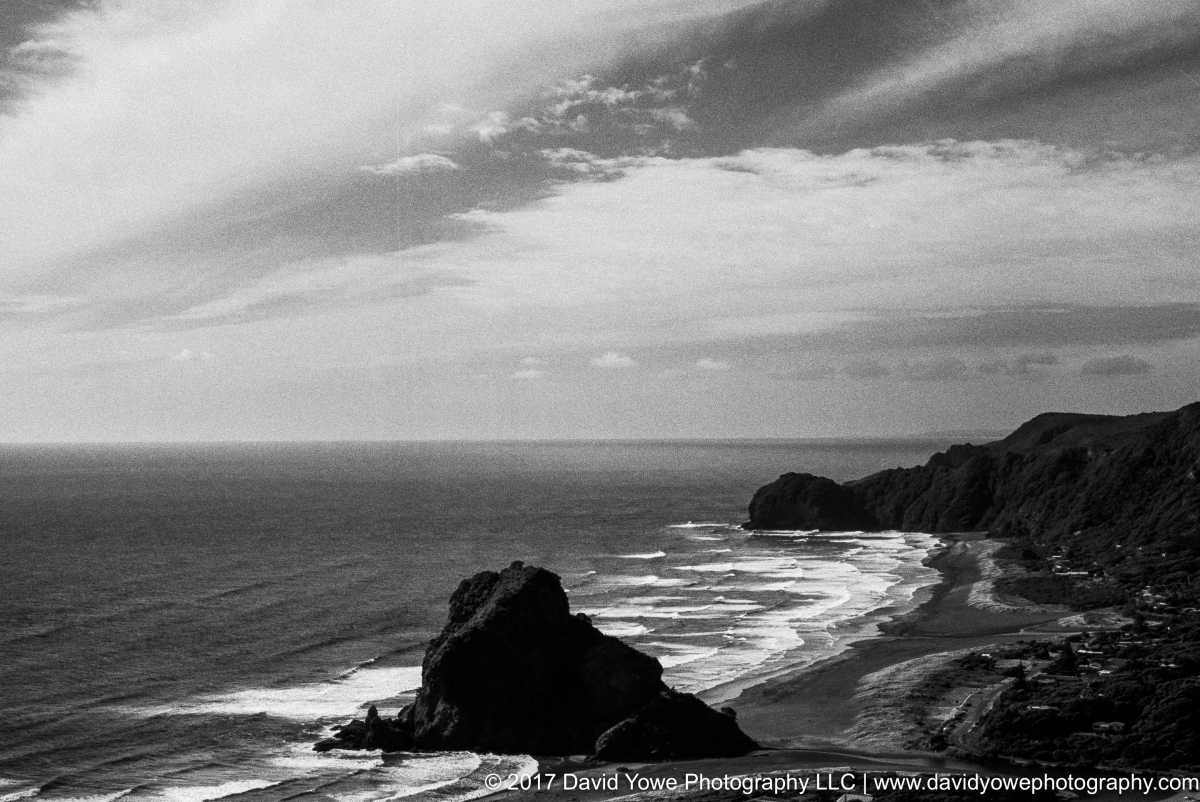 As my wife and I drove back to Auckland we stopped at a lookout which had a great view of Piha Beach and Lion Rock. I think this shot shows you how large Lion Rock is, with the houses to the right for scale. This photo also demonstrates the qualities and unexpected nature that is film photography, with its grain and imperfections that I really like.