Mount Monadnock is a 3000 foot high mountain that is located in southern New Hampshire. This blog is about a Sunday drive to Perkins Pond for an afternoon view of this mountain. Hope you like the photos.

A couple of weeks ago was thinking about going for a Sunday drive, and thought about a pond that my wife and I visited a couple of years ago where we had a beautiful view of Mount Monadnock. The problem was that I forgot the name of the pond and how to get there. After searching the internet found a location called Perkins Pond, which looked like the pond I was thinking of, although the pond wasn’t in my car’s GPS map. However, I thought I’d be able to find it once I got there. Left Boston mid-afternoon for the one to two hour NW drive to Monadnock State Park. When I got to the park I found a couple of ponds which looked like they could be Perkins Pond, but when I got to the ponds, it was obvious they were the wrong ponds. Then I looked up in the sky, and remembered that the afternoon pond view must have been from the west-side of Mount Monadnock, since the afternoon sun was illuminating the mountain.

Headed along the south of Monadnock State Park along Route 124, and along the way saw this beautiful church in Jaffrey. 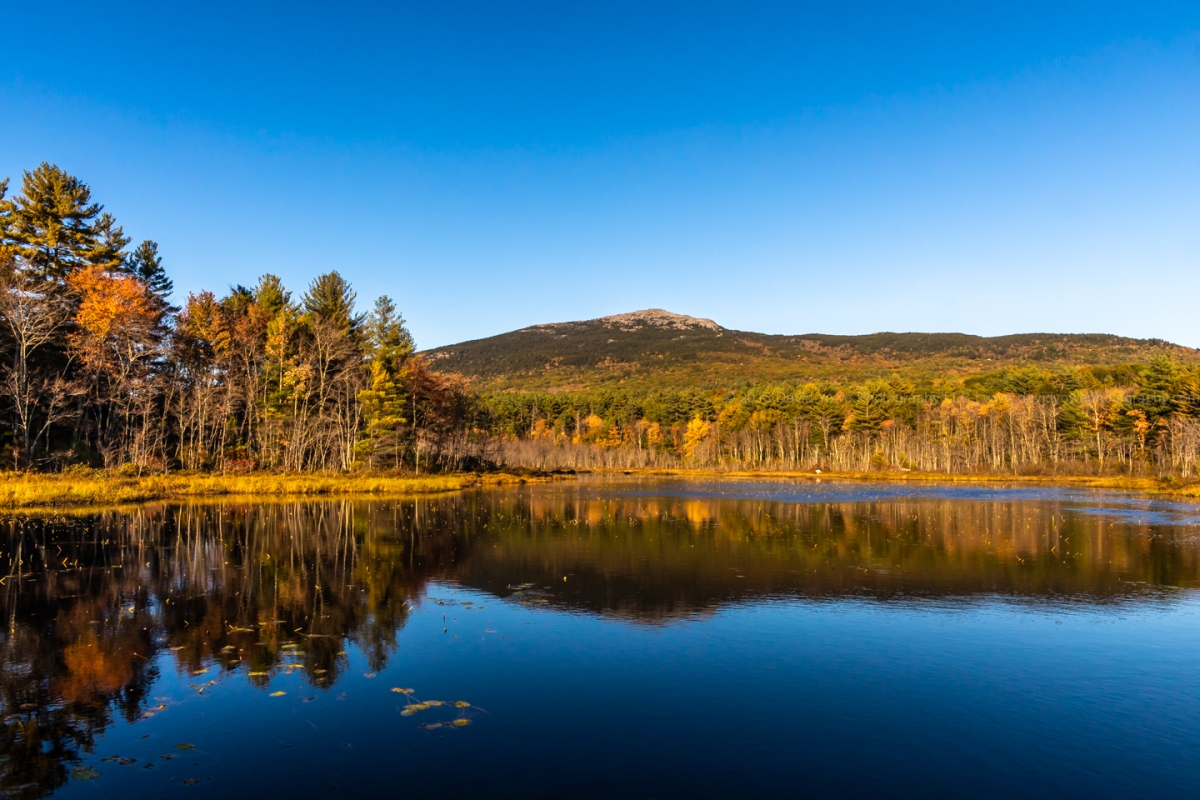 Continued along Route 124, across Stony Brook, along Mountain Road, and next thing you know it was driving along Jaffrey Road which separates Perkins Pond. Was thinking, that was a lucky break! After parking the car, took my Canon 5D Mark IV, Canon 24mm f/1.4L II, Lee Filters, Really Right Stuff tripod, and Canon remote release cable. Carefully walked along the side of Route 124 to a central location at Perkins Pond, then started to think about photo composition ideas. Looked to my left and right, thinking about the angle the light was coming from the setting sun; in context of the reflections on the pond, the fall foliage covered trees, and of course, Mount Monadnock in the distance. The first photo was a composition which included the trees along the left-side of Perkins Pond and their reflections in the water to make up about a third of the frame. Also waited for the light wind to settle in order maximize the clarity of the reflections on the pond surface.

For the next photo, turned the camera to the right to get more of the right-side of the pond in the frame, and to make Mount Monadnock more prominent.

As I was watching the sun get lower, I realized how lucky I was to be here, and took in the silence and natural beauty of this location. I then noticed something moving in the water in front of me. I thought it was a fish, but then a head emerged from the water. It turns out it was an otter. I think the otter was thinking “who is this stranger in my pond”.  It was now around 4.30 pm and the setting sun was casting a golden light across the scene in front of me, so quickly took a photograph. 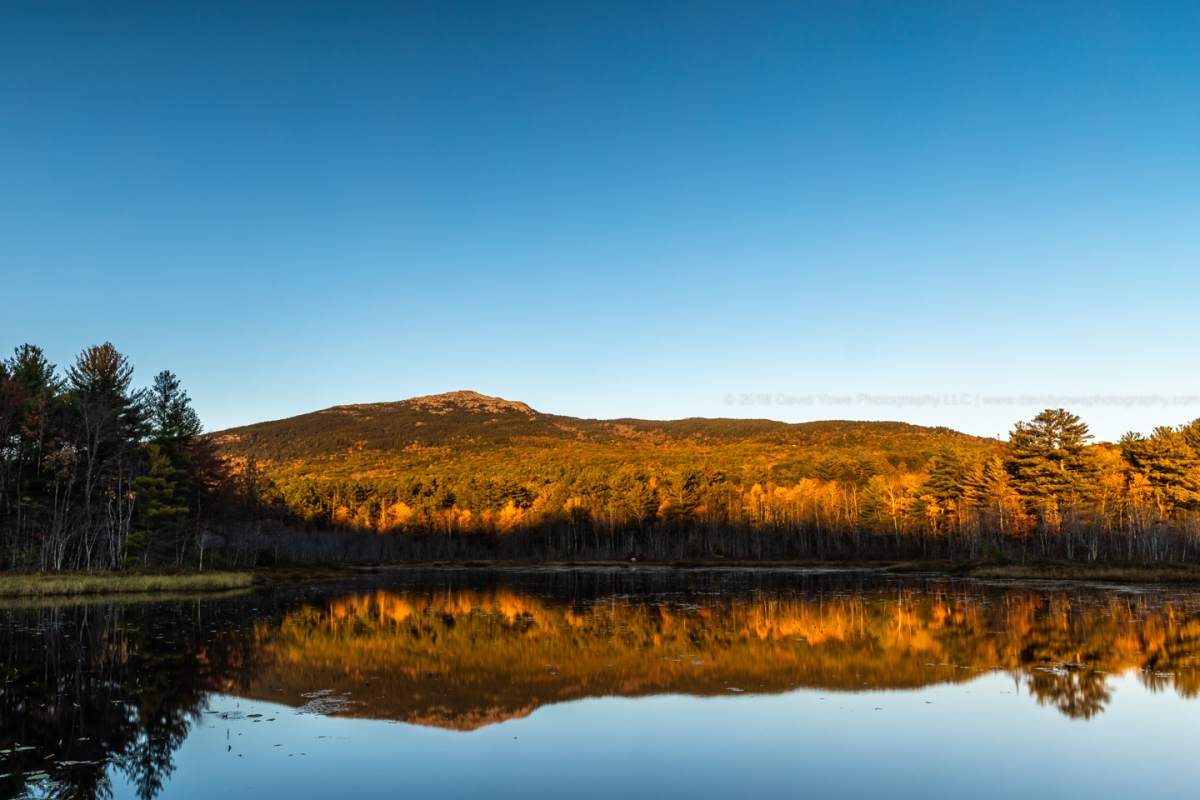 Continued watching the sun set, and how the disappearing light resulted in shadows being cast across the scene in front of me. Around 4.45 pm took this photo of Mount Monadnock in the golden light with its reflection cast on Perkins Pond below. Was feeling very fortunate to be here to see this beautiful sight. Thanks again for spending the time to read this blog.